In June 1970, a year after the Stonewall Riots in New York City ushered in the modern gay liberation movement, LGBTQ+ people gathered in the West Village for what would be the first pride march in Manhattan. In the decades that followed, Pride parades and events popped up across the country, with nearly every city or town having some activity to commemorate LBGTQ+ pride. Although June is generally acknowledged as Pride Month, only two presidents, Bill Clinton and Barack Obama, have officially designated the month as such. This year, we are celebrating the  many LGBTQ+ artists who have not only brought their talent to Focus films but have also brought attention to the ongoing struggle for LGBTQ+ rights everywhere. 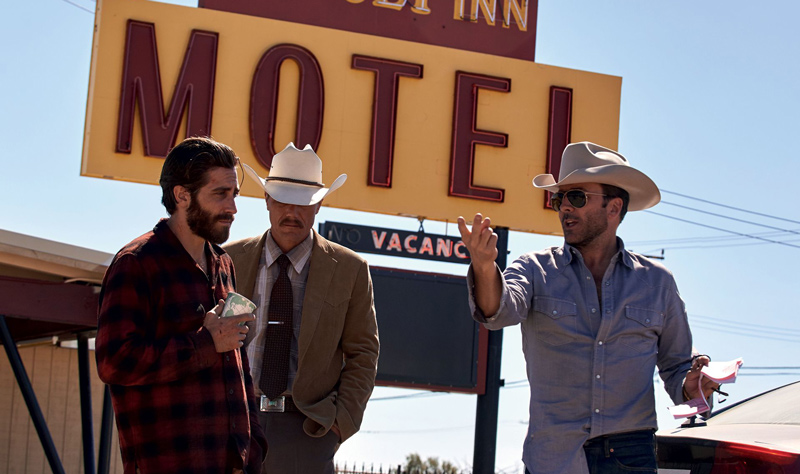 Jake Gyllenhaal, Michael Shannon, and Tom Ford on the set of Nocturnal Animals.

While Tom Ford made his name as a fashion icon, he has shown an equal talent and flair as a filmmaker. After adapting A Single Man, Christopher Isherwood’s heartbreaking novel about a middle-aged gay man grieving the death of his lover, into an award-winning film, Ford wrote and directed Nocturnal Animals, a chilling tale of memory and desire. In this cunning story within a story, Ford merged his two identities to give this complex thriller with Amy Adams, Jake Gyllenhaal, and Michael Shannon both intelligence and intensity. “Like the fashion icon he is, the director brings a keen eye for style, texture and design to the images he creates,” notes Rolling Stone. “But bruised humanity and the emotions roiling underneath elegant surfaces — those are his true subjects as a filmmaker.” As an openly gay man, Ford expressed a similar emotional urgency in calling out for marriage equality in 2009, calling the laws that kept LGBTQ+ people from sharing the same rights as other citizens “disgusting” and “wrong.” Soon after the Supreme Court made same-sex marriage legal, he married Richard Buckley, his partner of over 20 years. 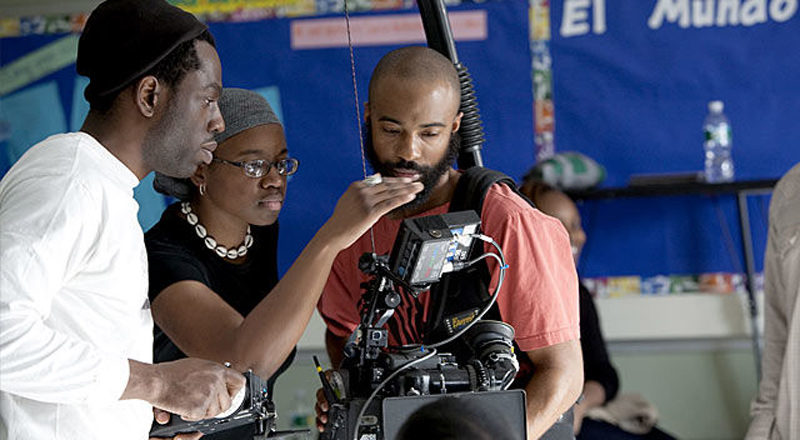 Dee Rees with cinematographer Bradford Young on the set of Pariah.

Although not strictly autobiographical, Dee Rees’s Pariah mirrors many experiences and challenges that the film’s writer/director dealt with growing up as a lesbian. While Alike (Adepero Oduye), a young African American teen, is clear about her sexuality, she is less certain how to fit into the Brooklyn lesbian scene, let alone mesh her identity with her family’s deep religious beliefs. “For me, personally, that’s the same story I faced,” recalls Rees, "I’d go to lesbian clubs and I’d be in jeans and a turtleneck, and not feeling like I was fitting in." Rees adds, “I definitely had to be strong emotionally and be firm in who I was [with my parents].” In bringing her inner life to the screen with honesty, Rees creates a space for many other women to find and claim their differences. As Entertainment Weekly notes, “Rees demonstrates, with simplicity and verve, that there’s no substitute for authenticity.”

Watch Pariah on iTunes or Amazon. 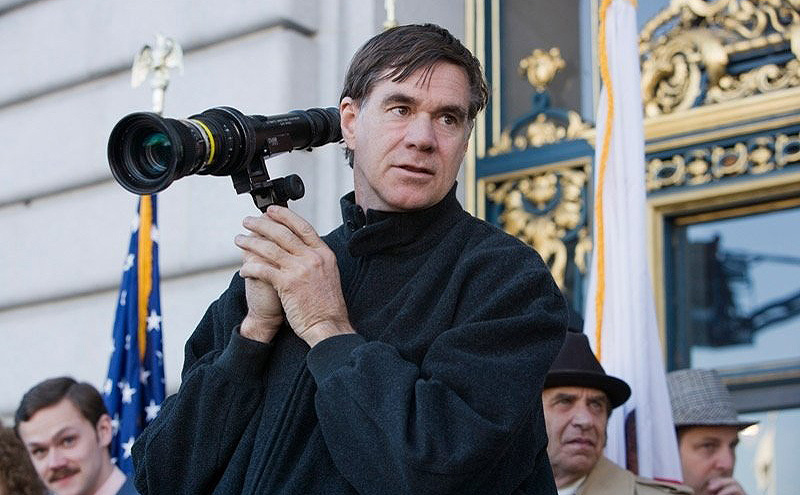 Gus Van Sant on the set of Milk.

Since his first feature in 1986, Gus Van Sant has been a leading force in exploring cutting-edge queer stories in movies like Malo Noche, My Own Private Idaho, and Milk. His pioneering work has paved the way for the recent explosion of LGBTQ+ representation. “It’s amazing,” Van Sant recently remarked, noting that gay stories “just proliferated to the point where it’s on my YouTube feed, it’s everywhere.” In Milk, Van Sant memorialized San Francisco politician Harvey Milk (played by Sean Pean in an Oscar®-winning performance).  In 1977, Milk not only became the first openly gay elected official in California but galvanized the LGBTQ+ community around the message of coming out. “Even within that decade of the '70s, there were very big steps, due to politicians and activists, like Harvey, bringing gay life out of criminality and into a noncriminal situation,” recalls Van Sant. Like Milk, Van Sant has been instrumental in changing the course of LGBTQ+ history. 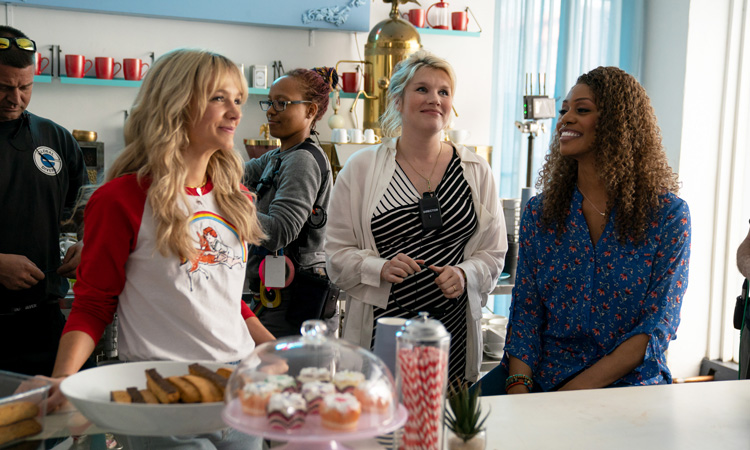 In Promising Young Woman, Laverne Cox plays Gail, the no-nonsense boss with whom Cassie (Carey Mulligan) commiserates. Cox was thrilled to be part of a project that targets “accountability, how we deal with trauma and grief, and how we empower ourselves." As an eloquent, powerful voice for the trans community, Cox has been speaking out for years about not only the lack of representation but also our culture's misframing of trans issues. In a celebrated interview in 2014, Cox, then a star of Orange Is the New Black, called out the media’s fascination with the mechanics of transition rather than dealing with the real issues facing trans people. “The reality of trans people's lives is that so often we are targets of violence. We experience discrimination disproportionately to the rest of the community… The homicide rate is highest among trans women,” she succinctly explained. “If we focus on transition, we don't actually get to talk about those things.” 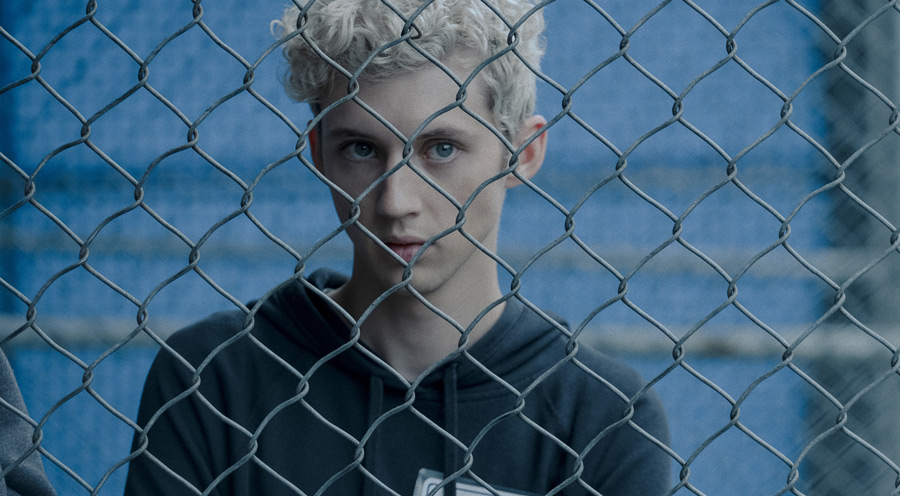 Troye Sivan has never been lacking in either talent or accolades. At 19, Time Magazine named the singer, actor, model, and YouTube star as one of the "25 Most Influential Teens of 2014.” Four years later, he was nominated for a Golden Globe award for his song “Revelation,” which he co-wrote and performed for the film Boy Erased. In addition, Sivan starred in Boy Erased, Joel Edgerton’s true-life tale of a young man (Lucas Hedges) pushed into a conversion therapy program after confessing to his deeply religious parents that he might be gay. Sivan remarks, “I was really excited to play queer on screen because I've never done that before.” For Sivan and others, the film was a labor of love, especially because of the message it provides for young LGBTQ+ kids and the insight it gives to their straight friends and family. “Hopefully they'll learn how to react when someone in their life comes out, because chances are, you're going to encounter someone who's LGBT,” Sivan explains. 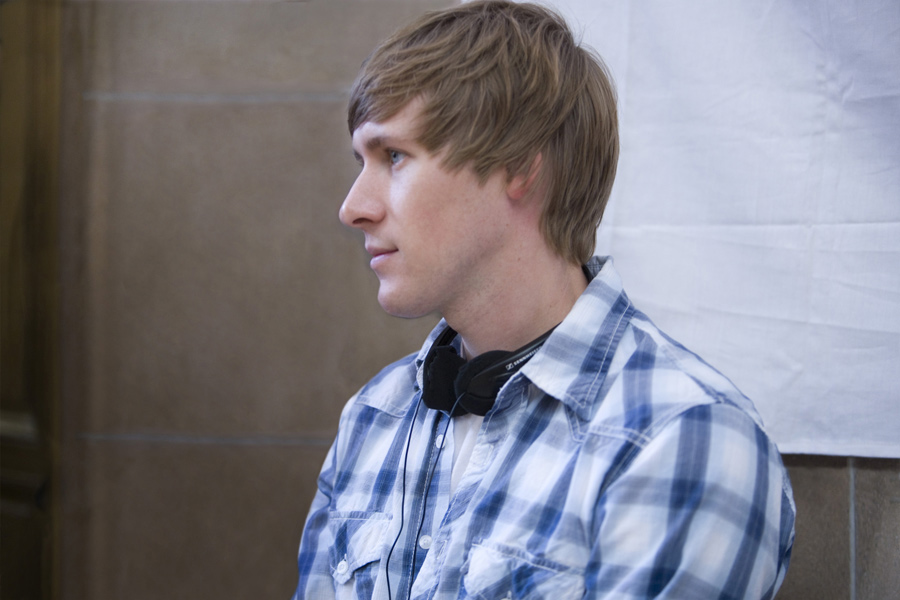 Dustin Lance Black on the set of Milk.

When Dustin Lance Black accepted the Academy Award for Best Original Screenplay for Milk at the 2009 Academy Awards, he used his moment of glory to speak to a new generation of LGBTQ+ youth. “To all of the gay and lesbian kids out there tonight who have been told that they are less than by their churches or by the government or by their families ... you are beautiful, wonderful creatures of value,” Black exclaimed. In the film, Harvey Milk (Sean Penn) more than once reaches out to reassure LGBTQ+ kids, who are either terrified of coming out of the closet or have been cut adrift by their families when they said they were gay or lesbian. Having grown up in a Mormon family, Black knew first-hand what it felt like to be an outcast. As a young man struggling with his identity, Black recalls how hearing about Milk and what he did saved his life. “I really believed that many, many years later after his assassination, he did give me that hope to keep going,” Black recalls. In 2018, ten years after Milk opened in theaters, Black notes how the story of Milk offers hope for a new generation. “For a lot of young people, Harvey Milk's life as depicted in the film provided them inspiration to fight back in a stronger and more vocal way, create collaborations with other social justice movements, and march for full equality in all states,” Black notes. 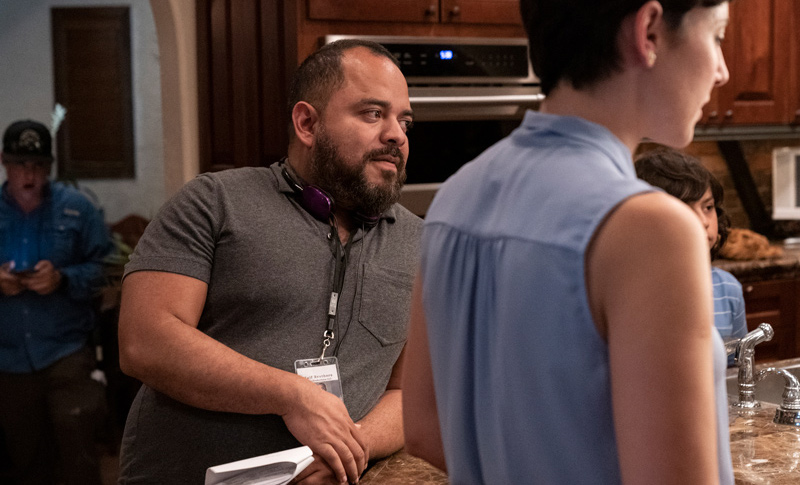 Eduardo Cisneros on the set of Half Brothers.

While Luke Greenfield’s Half Brothers isn't a gay story, out producer and co-writer Eduardo Cisneros drew inspiration from his childhood to create it. In the comic film, two long-lost siblings from opposite sides of the border — Renato (Luis Gerardo Méndez) and Asher (Connor Del Rio) — find a connection in each other's differences. “Growing up and being gay in a predominantly conservative, masculine, religious culture,” notes Cisneros, “I didn’t connect with my dad, so I have that part of Asher. But I’m more like Renato in that I’m very driven.” After finding success in Mexico’s film and television industry, Cisneros brought his comic talent and independent spirit to America. He also brought his unflagging belief in equal rights. In 2012, he and his partner Luke Montgomery made headlines by driving their “Legalize Love” bug from Los Angeles to the Democratic National Convention in North Carolina to call attention to the need for marriage equality. “We simply want the right to marry like everybody else,” argued Cisneros.