We retrace the wondrous journey of Wes Anderson’s great adventure

On Monday, April 13, Wes Anderson’s Moonrise Kingdom will livestream as part of Focus Movie Mondays. Before rewatching one of our favorite films, we wanted to go back and remember why the world embraced this tale of two young lovers in the first place. Set in summer of 1965 on the fictional isle of New Penzance, the film recounts how 12-year-old Sam (Jared Gilman) and Suzy (Kara Hayward) escaped from the adult world to find a few days of happiness.

Watch Moonrise Kingdom on April 13 at 5pm PST/8pm EST on Focus’ Facebook page—with a special Q&A with writer/director Wes Anderson. Find more information here. Each livestream will include a link to donate to the Entertainment Industry Foundation’s COVID 19 Response Fund.

On May 16, 2012, Moonrise Kingdom premiered to rapturous appreciation as the opening night film of the Cannes Film Festival. The A-list cast—which included  Bill Murray, Bruce Willis, Edward Norton, Frances McDormand, and Tilda Swinton, as well as newcomers Kara Hayward and Jared Gilman—happily flew to France to celebrate the film and its director. “I felt like I had been invited to a wedding and one that I was really happy to be invited to,” expressed Swinton from the red carpet. For critics, the film was a wondrous revelation. Hitflix announced, “Wes Anderson’s Moonrise Kingdom opens Cannes with heart and style.” Lovers of Anderson's exquisite style and cinematic wit discovered his profoundly human imagination as well. “Cheers for a Cannes director who has infused his technical mastery with radiant life,” championed Time Magazine. 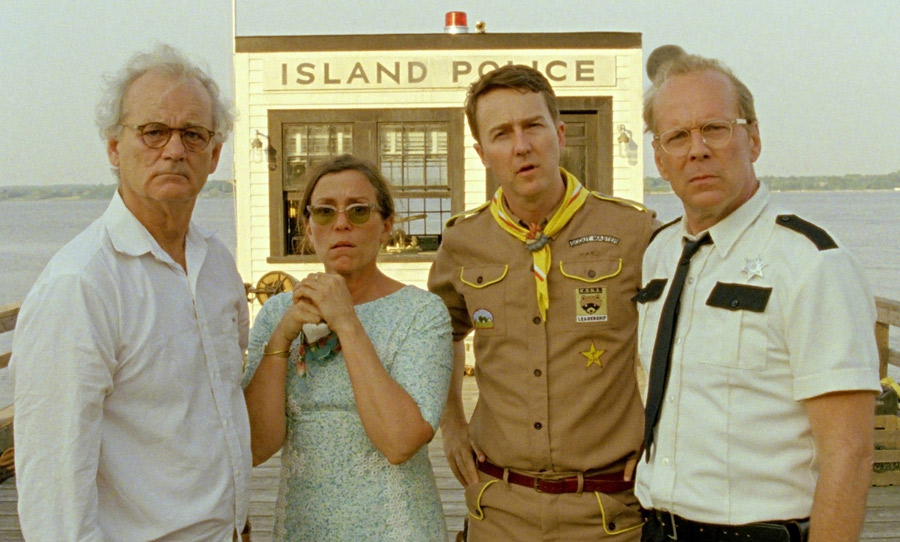 When it opened to the public, Moonrise Kingdom became a critical favorite. Many embraced its pure cinematic joy. "All of Moonrise Kingdom—from Sam's miniature stolen canoe to the Benjamin Britten excerpts to Captain Sharp's heartbreaking bachelor trailer home—is a labor of love, as pure and sweet as the lovelorn letters of its young runaways,” exclaimed Salon. Others touted it as an example of an American auteur working at the top of his game. Picking the film for her year’s top ten list, Associated Press’ Christy Lemire noted of Anderson that “The best of what he can do is vibrantly on display.” For most, the film spoke to our memories of growing up. “By evoking the joys and terrors of childhood, it reminds us how to be alive,” says Rolling Stone. 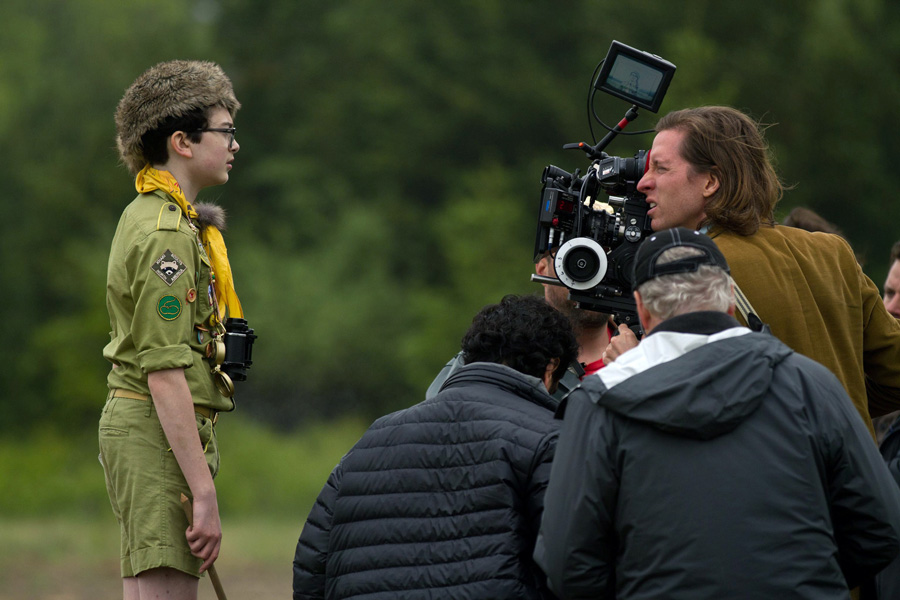 Wes Anderson on the set of Moonrise Kingdom with Jared Gilman.

For its legions of fans, the film became something more than just a movie. Anderson was inspired by the idea of “a fantasy that I think I would have had at that age.” Over the years, fans have sought to make that fantasy a reality. The enchanting love story of Suzy and Sam has both inspired weddings and launched vacations. Every Halloween, fans meticulously craft costumes that pay homage to its characters. Every holiday season, people fill their stockings with Moonrise Kingdom-inspired gifts. The little film that started at the Cannes Film Festival has filled a special place in the imagination of so many, becoming their own magical island of childhood dreams and first love. 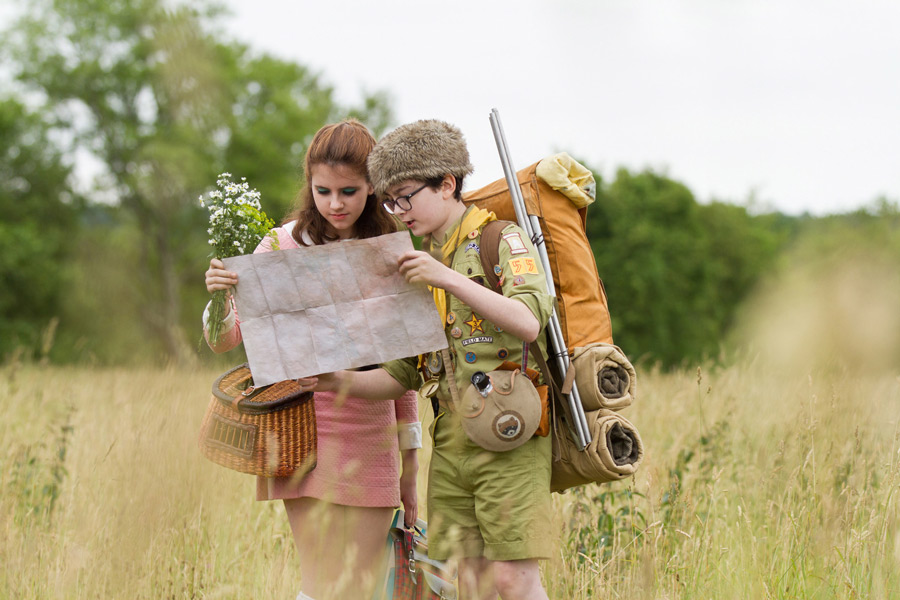 The story of Suzy and Sam continues to inspire fans.