Pack Your Bags For A Moonrise Kingdom Vacation

On May 25, 2012, just days before Memorial Day, Wes Anderson’s Moonrise Kingdom opened in theaters, providing movie lovers an unexpected summer getaway. During the summer of 1965 on the imaginary island of New Penzance, Suzy (Kara Hayward) and Sam (Jared Gilman) fall in love and run off together to a magical cove known as Moonrise Kingdom. Even after the adults on the island (played by Bruce Willis, Edward Norton, Bill Murray, Frances McDormand, Tilda Swinton, and others) track them down and bring them back home, the island’s idyllic sense of summer—from its quirky, laidback design to its cozy, carefree landscape—lingers on. This is, as The Seattle Times points out, “a world where everything seems pleasantly faded, where people read crackly-covered library books…, and where young people are allowed to be genuinely innocent.”

In the years since it came out, the film has inspired audiences to find their own Moonrise Kingdom. On the eve of Memorial Day weekend, we celebrate the anniversary of Moonrise Kingdom by showcasing the places fans have gone to recapture the magic of Anderson’s wondrous film.

New Penzance Island may be fictional, but the seaside locales where it was filmed can still be found, mostly in Rhode Island. For those interested in jumping in their car, Roadtrippers has mapped out many of the film’s most familiar places. Starting at Camp Yawgoog (which doubles for the film’s Camp Ivanhoe), you can drive down to the Point Judith Lighthouse (from which Suzy can be seen watching the world through her binoculars). Next, head on over to the Bishop’s iconic red-painted home (whose exterior is actually the Conanicut Island Lighthouse in Jamestown, Rhode Island). Finally you can visit Suzy and Sam's secret beach hideout, which can be discovered after a short walk from Fort Wetherill State Park at the Southern tip of Conanicut Island. 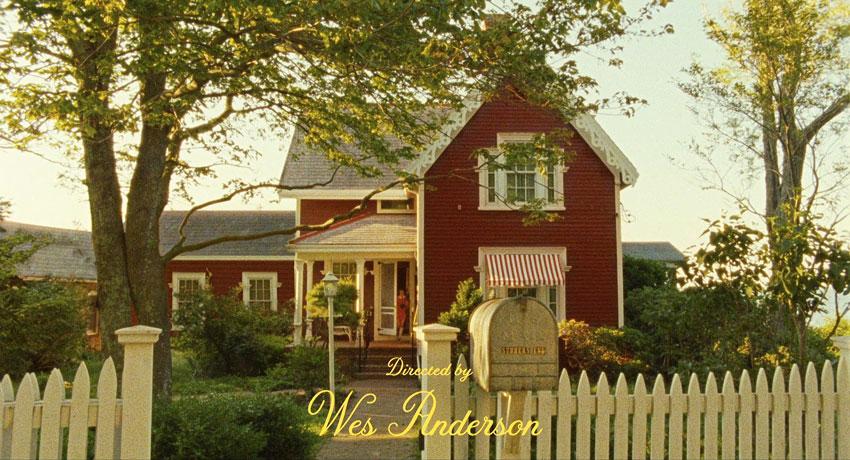 In Elkhorn, Wisconsin, the Wandawega Lake Resort offers tents, teepees, cabins, A-frames, and bunkhouses for guests looking for that special Moonrise Kingdom magic. Nestled next to a wood-side lake, Camp Wandawega combines rustic hipness with serene natural beauty. Current owners, David Hernandez and Tereasa Surratt, have carefully decorated public and private spaces to give a real sense of history and nostalgia, touching on the locale’s unique lineage of bootleggers, brothels, and Latvian Catholics. Keeping it real, they offer guests a Manifesto of Low Expectations to readjust their definition of what a retreat really means. To find what Messy Nessy calls “the real Moonrise Kingdom,” you need to reserve a tent at Half Dome Village at Yosemite National Park. Begun in 1899 with the promise of “a good bed and clean napkin with every meal,” this rustic campsite with spectacular views of Glacier Point offers the perfect mix of woodsy and whimsical. 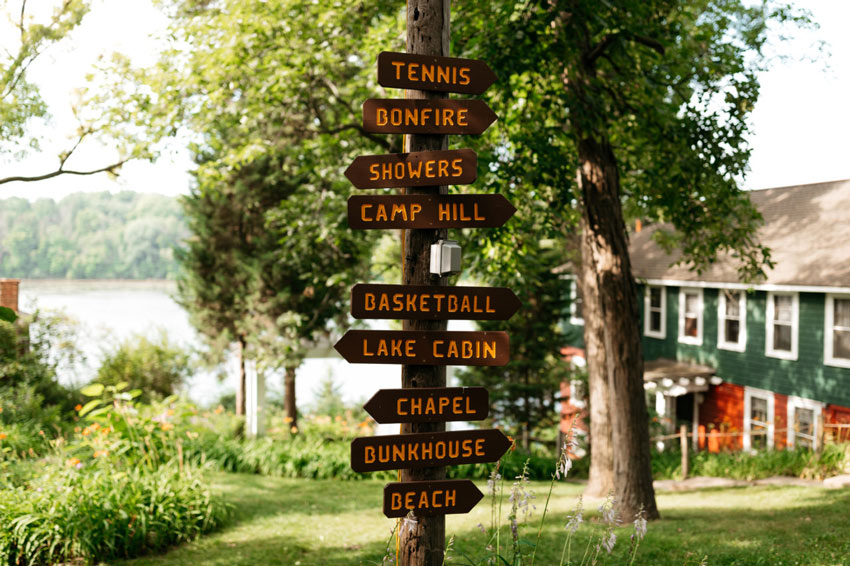 All paths lead to fun at Wandawega Lake Resort.

Find your own private Moonrise Kingdom

If you would prefer not to share your fantasy with strangers, you can book several homes and spaces on Airbnb that mirror the Moonrise Kingdom vibe. A home in Prince Edward, Canada, has been dubbed “Mr. Anderson’s House” for its perfectly orchestrated mix of eclectic décor and retro coziness, including several hanging portraits of Kara Hayward as Suzy. In Cleveland, the Edgewater Inn offers a place where, as the owner advertises, “each room is inspired by a female character from our favorite Wes Anderson film.” 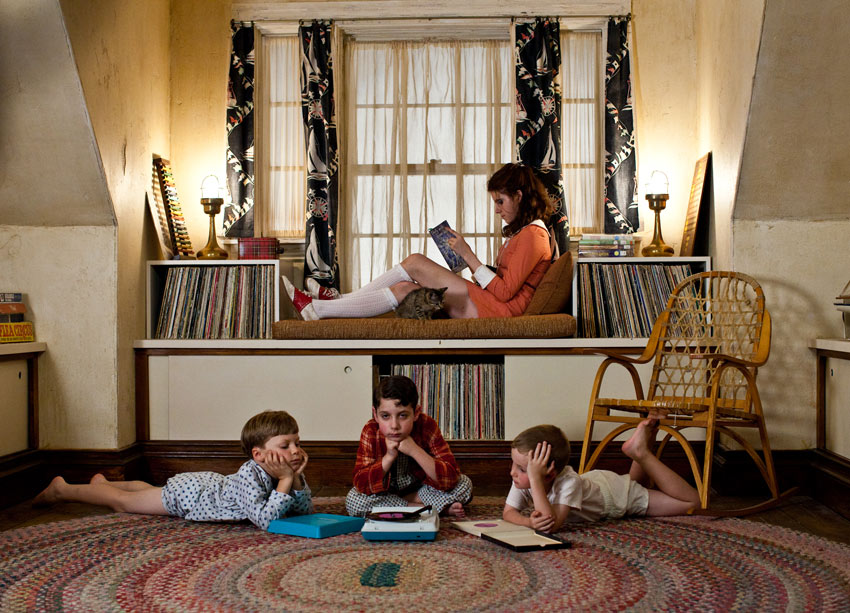 The design of Moonrise Kingdom inspires the decor of real vacation homes.

Travel around the world

While Moonrise Kingdom is set in the United States, its retro comfort is universal. Travel + Leisure writes, “The year is not 1965, when Moonrise Kingdom takes place, but you can pretend like it is at Hellnar.” The ancient Icelandic fishing village combines natural beauty with quirky design in just the right proportions to channel Moonrise Kingdom. An Airbnb property in Vesterøy, Norway advertises itself by offering “your own island, your own boat, your own cabin, your own kingdom.” With no electricity or running water, the little red cabin nevertheless has plenty of books, candles, and board games to keep you busy and pretend that you are on New Penzance Island. 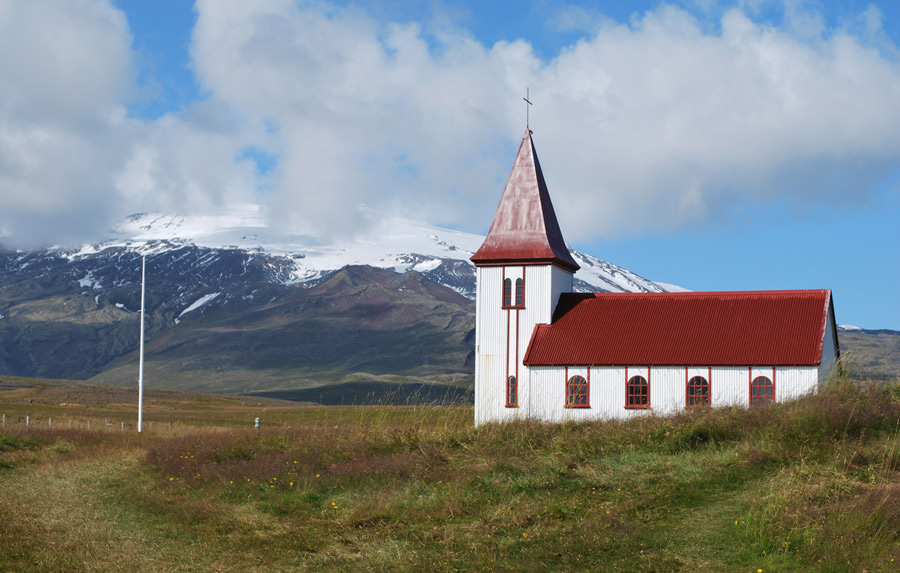