A Day at the Beach: Focus Features at the Film Independent Spirit Awards

From Far From Heaven to Never Rarely Sometimes Always, a celebration of indie spirit

At this year’s Film Independent Spirit Awards, Eliza Hittman’s Never Rarely Sometimes Always leads all other films with seven nominations. Emerald Fennell’s directorial debut, Promising Young Woman, has been honored with three major nominations as well. Founded in 1984 — and originally called the FINDIE or Friends of Independents Award — the Independent Spirit Awards were created to celebrate the best of independent films. Normally held the day before the Academy Awards® as a luncheon event in a tented parking lot next to the ocean in Santa Monica, the Spirit Awards gained a reputation as the Oscars’® laidback, irreverent sibling.

With the 36th annual Film Independent Spirits Awards taking place tonight, we are taking a stroll through the past to remember some of the fun and festivities. You can watch this year's show on IFC and AMC+ tonight at 10:00 pm ET/7:00 pm PT. 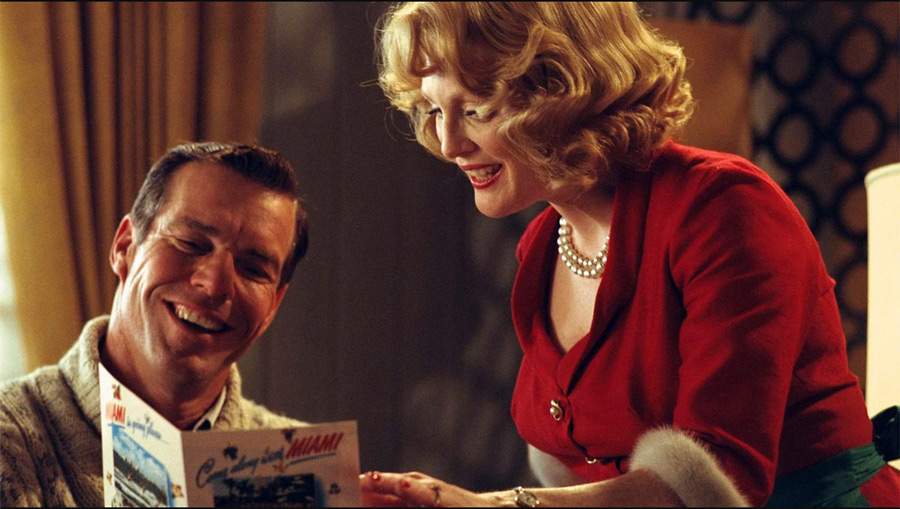 Dennis Quaid and Julianne Moore in Far From Heaven.

Occurring three days after the US invaded Iraq, the 2003 Spirit Awards kicked off with Elvis Costello singing “(What’s So Funny) ’Bout Peace, Love and Understanding” and host John Waters quipping, “Saddam Hussein, George Bush — nothing will stop me from getting my gift bag.” It was also the year that Todd Haynes’s Far From Heaven swept the Awards by winning in five categories: Best Director (Todd Haynes), Best Actress (Julianne Moore), Best Supporting Actor (Dennis Quaid), Best Cinematography (Edward Lachman), and Best Feature (producers Jody Patton and Christine Vachon). (Far From Heaven marked the beginning of a winning relationship between Haynes and Lachman that has continued through their 2019 collaboration on Dark Waters.)

Watch Far From Heaven now on iTunes and Amazon. 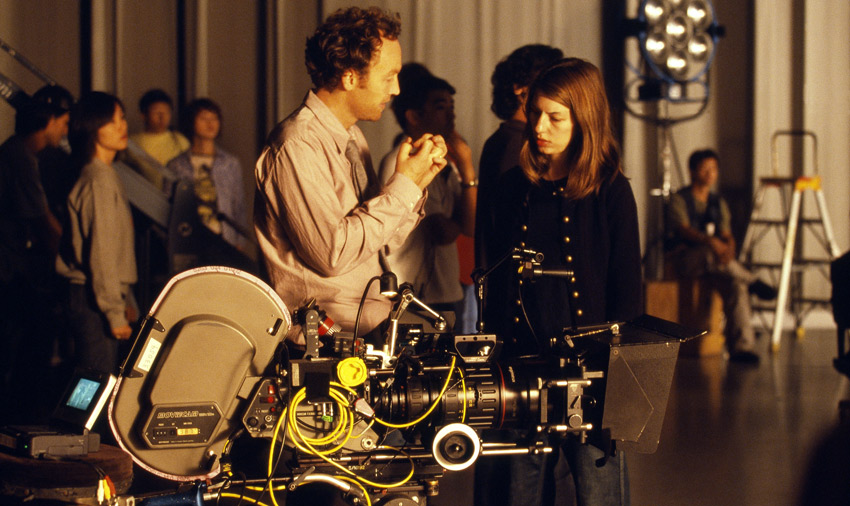 Cinematographer Lance Acord and writer/director Sofia Coppola on the set of Lost in Translation. 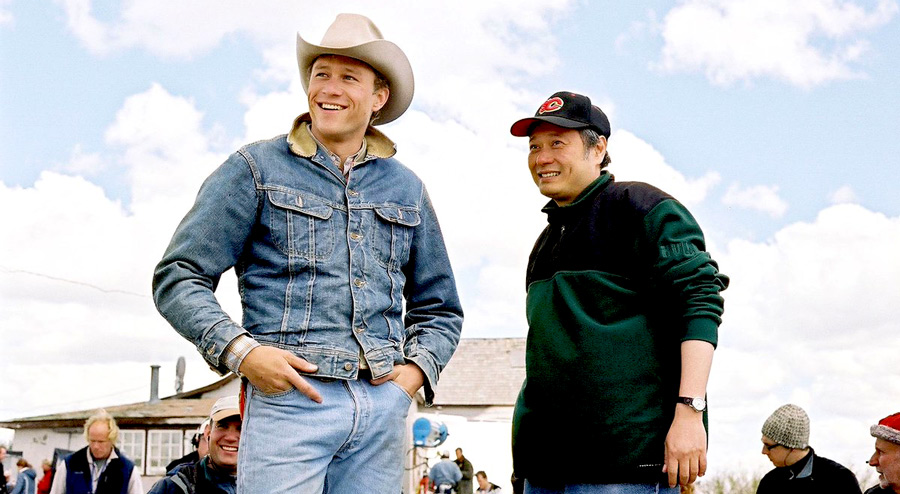 Heath Ledger and director Ang Lee on the set of Brokeback Mountain.

To kick off the 21st Film Independent Spirit Awards, host Sarah Silverman stepped up to podium with a hilariously racy monologue. That year, Brokeback Mountain became the star attraction. It was nominated in four categories and won Best Feature (producers James Schamus and Diana Ossana) and Best Director (Ang Lee). 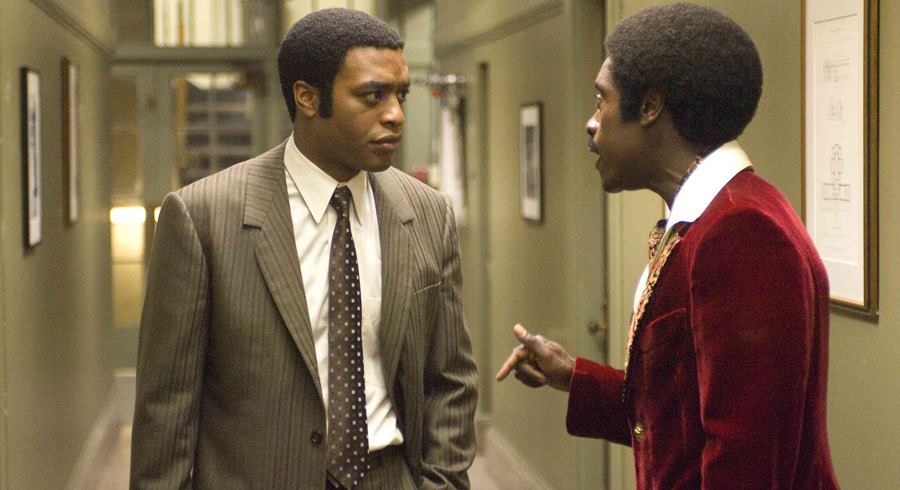 Chiwetel Ejiofor and Don Cheadle in Talk to Me.

Host Rainn Wilson kicked off the afternoon Spirit party with a shout out to the enthusiastic audience of “indie weirdos.” Two Focus films, Kasi Lemmons’ Talk to Me and Ang Lee’s Lust, Caution, were up for five awards total, even competing against each other for Best Male Lead. At the end of event, Talk to Me’s Chiwetel Ejiofor walked away with an Independent Spirit Award for Best Supporting Actor.

In 2010, the Independent Spirit Awards changed its time and place but not its spirit. The Saturday afternoon beachside Santa Monica party moved to downtown Los Angeles for a Friday night gathering at the L.A. LIVE Event Deck with Eddie Izzard hosting. Two Focus films — Cary Fukunaga’s Sin Nombre and Joel and Ethan Coen’s A Serious Man — were up for a total of six awards. A Serious Man won Best Cinematography (Roger Deakins) and the Robert Altman Award, which honors an ensemble cast.

Watch A Serious Man now on iTunes and Amazon.

Back to its Santa Monica Saturday afternoon slot, the Independent Spirit Awards were hosted in 2011 by Joel Hale. Unfortunately, the usually fun-in-the-sun event was marred by grey skies and unseasonably cold winds coming off the Pacific. Two Focus films were up for multiple awards. Noah Baumbach’s Greenberg was up for four categories, including Best Feature. And Lisa Cholodenko’s The Kids Are All Right was up for five, winning for Best Screenplay (Stuart Blumberg and Lisa Cholodenko).

Watch The Kids Are All Right now on iTunes and Amazon. 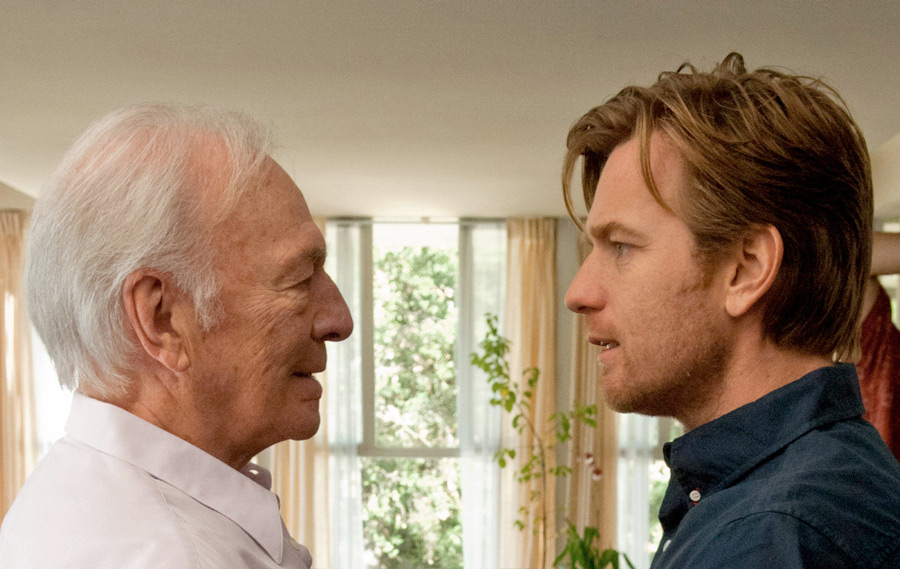 Hosted by Seth Rogen, the 2012 Independent Spirit Awards struck its usual tone of light-hearted celebration. Up for four awards, those at the table for Mike Mills’ Beginners cheered when Christopher Plummer won Best Supporting Actor. During his acceptance speech, Plummer quipped, “It’s taken me the longest time to realize that the Spirit Awards have nothing to do with booze!” Dees Rees’s Pariah was nominated for two awards and won the Independent Spirit John Cassavetes Award for a feature budgeted under $500,000. 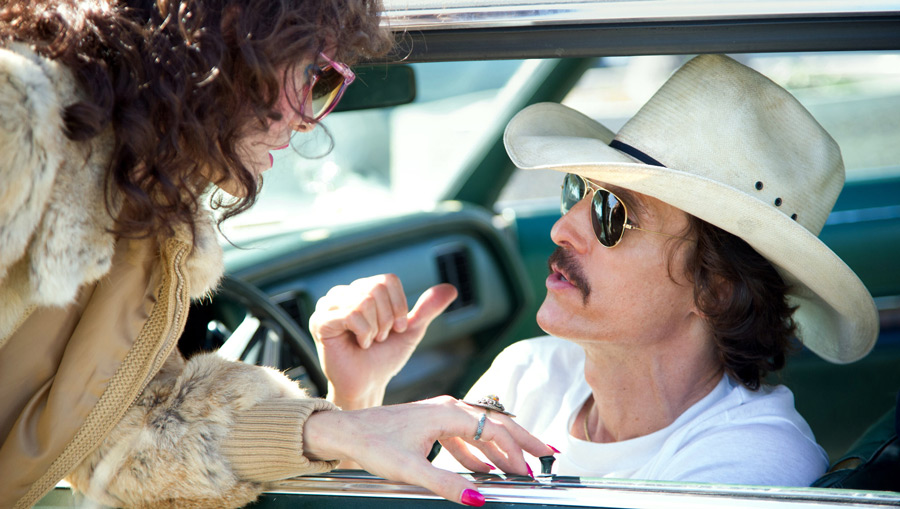 In 2014, Patton Oswalt took over the hosting duties. Dallas Buyers Club won for Best Male Lead (Matthew McConaughey) and Best Supporting Male (Jared Leto), a feat the film would repeat the next day at the Oscars®. During an acceptance speech in which Leto humorously thanked “Ansel Adams, Kurt Cobain, and Mozart,” the actor hit a somber tone by dedicating the award to the millions “who have died of AIDS and the 35 million living with AIDS.”

2019 | BlacKkKlansman, Thoroughbreds, & Won’t You Be My Neighbor?

Watch Won’t You Be My Neighbor? now on iTunes and Amazon.