Plus, five other Focus films that recreate London throughout the 20th century

In Last Night in Soho, Edgar Wright creates a mesmerizing time-travel thriller that takes a young fashion student (Thomasin McKenzie) back to the swinging sixties where she discovers another woman of the same age (Anya Taylor-Joy) trying to make a name for herself as a singer. For screenwriter Krysty Wilson-Cairns, “Last Night in Soho is a love letter to that specific part of London, and to a bygone age when the Rolling Stones and Princess Margaret were hanging around.” For Wright, the story began as he contemplated the area of London in which he worked and lived for years. “I’ve had more night-time walks through Soho than I can possibly count, and you get thinking about what this or that building used to be,” recounts Wright. “You feel the echoes of the past, and not that far away.” As Wright points out, Soho in the sixties may be remembered as an explosion of rock and roll, fashion, and film, but it was “also this den of iniquity.” For The Wrap, Last Night in Soho in taking “us on a hugely enjoyable, campy and stylish, yet genuinely scary path…will stand as one of the best London movies of the new decade.”

With Last Night in Soho coming to theaters, we are showcasing five other films that capture London through the rest of the 20th century, from the political fights that rocked the city at the beginning of the 20th century to the war on terror that encompassed it at the end. 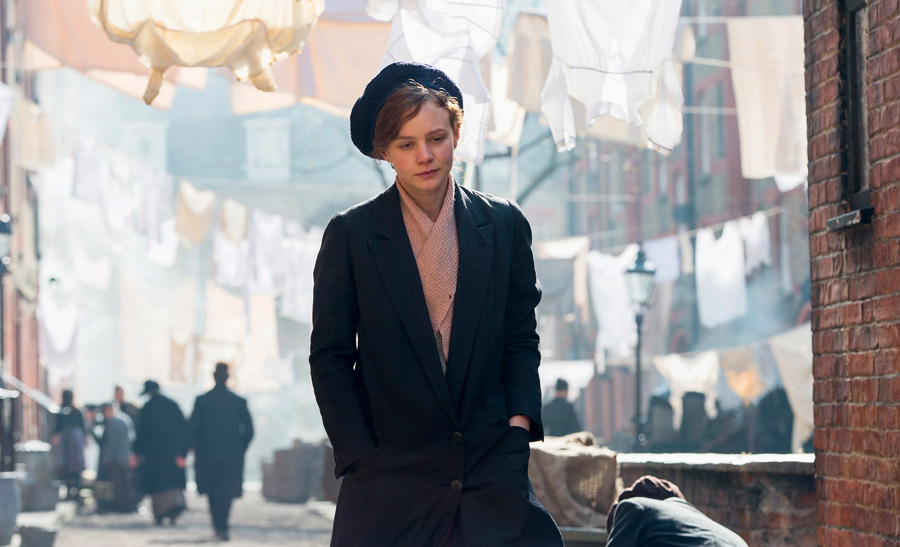 Carey Mulligan in 1912 London in Suffragette.

In Suffragette, director Sarah Gavron and screenwriter Abi Morgan bring to the screen the political fight waged to give women the right to vote in the 1910s. "Our film is inspired by the true stories of the foot soldiers of the Suffragette movement, women who were willing to sacrifice everything in their fight for the right to vote,” exclaimed Gavron. Focusing on Maud Watts (Carey Mulligan), a laundry woman inspired by the cause, the film follows her throughout London, moving from the actual Holloway Prison in North London to a call-to-action speech by Emmeline Pankhurst (Meryl Streep) in the genteel Myddelton Square in Central London to shooting in the actual House of Parliament. Indeed, Suffragette made history of its own by being the first film to shoot in the esteemed seat of government. “We wanted to embed it in the look and the feel of the period as much as possible and really give you a sense of what London was like at that time," says Gavron.” In so doing, the film, according to The Guardian, “is a tart reminder to those who are casual about democratic gender equality that votes for women were not something that naturally evolved due to the ruling class’s innate decency; they had to be fought for.”

“Directing a Revolution” Featurette for Suffragette. 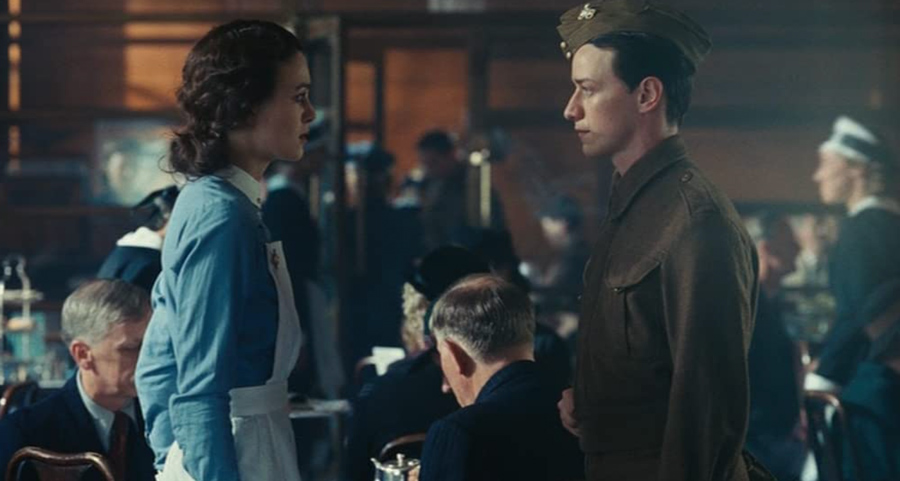 Keira Knightley and James MacAvoy in wartime London in Atonement.

Atonement, Joe Wright’s acclaimed adaptation of Ian McEwan’s novel, reveals the devastating effects that a little lie told by an imaginative girl, Briony (Saoirse Ronan), have on her sister Cecilia (Keira Knightley) and her beau (James McAvoy). Spanning many decades, the film follows its characters from an English country manor to the war-torn beaches of Normandy to the barricaded streets of London during the war. Wright and his team developed a different style for each location and period of the film. To shoot London, for example, cinematographer Seamus McGarvey — who was nominated for an Oscar® for his work — recalls how he “adopted a more handheld and jagged approach to the cinematography. That applied to the light as well, which becomes harder and more brittle and abrupt.” The Observer points out, “A great deal of stylization is employed in the creation of the historical spectacles, but we do not realize until almost the very end of the film how much of the story has been invented in Briony’s fertile but now novelistic imagination.”

The official trailer for Atonement. 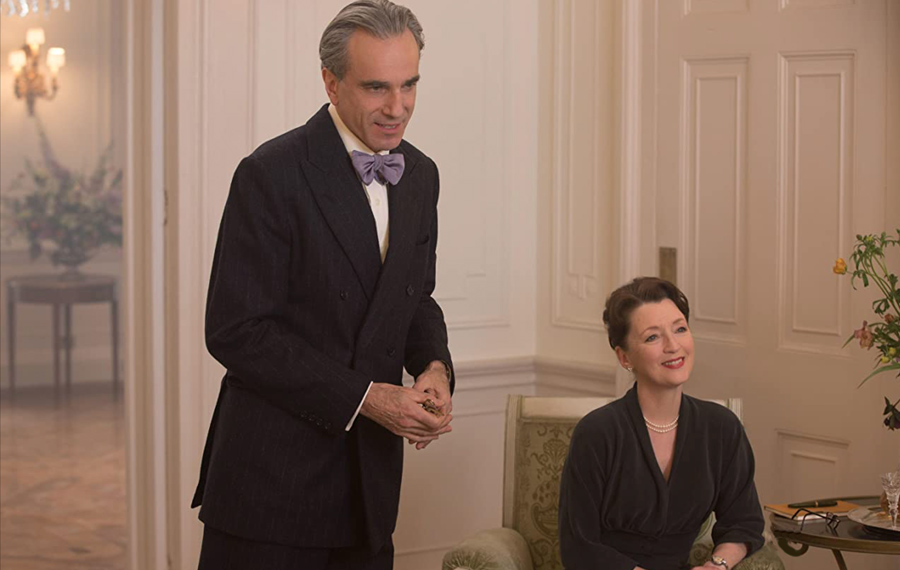 In Phantom Thread, Paul Thomas Anderson meticulously recreates the life and world of fashion designer Reynolds Woodcock (Daniel Day-Lewis) as he dresses and enchants the crème-de-la crème of fifties London society in his Fitzroy Square townhouse, atelier, and showroom. Part of what lured Anderson to the topic is his love of the period and the place. “I’d always loved the idea of post-war London, probably from all those movies I love: David Lean’s Brief Encounter and The Passionate Friends and Michael Powell’s I Know Where I’m Going!” explained Anderson. Carefully recreating Woodcock’s world from its fashion to its interior design to its floral arrangement, Anderson captures a unique moment in British and fashion history. For Professor of Fashion History Alistair O’Neill, the film provides an “authentic picture of London couture in the 50s.” For Anderson, the film’s impeccably adorned period provides a perfect backdrop to his human drama. As Indiewire exclaims, “The director’s most outwardly accessible movie in ages, Phantom Thread is at once an evocative period drama and a magical fable about lonely, solipsistic people finding solace in their mutual sense of alienation.”

The official trailer of Phantom Thread. 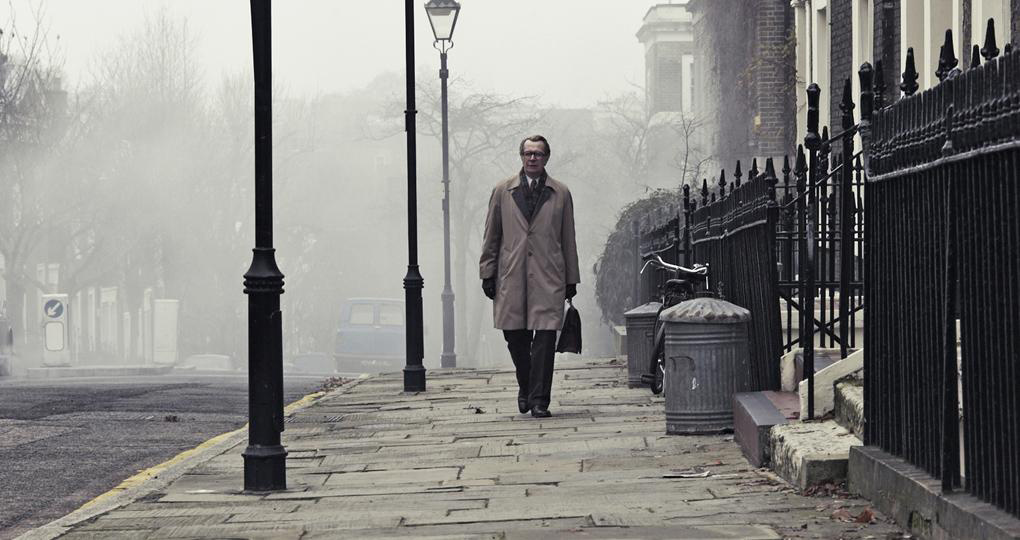 In adapting John le Carré’s masterpiece Tinker Tailor Soldier Spy into a feature film, director Tomas Alfredson compressed George Smiley’s (Gary Oldman) tale of personal and political betrayal during the Cold War into a cinematic sensibility. Recalling London in the 70s, production designer Maria Djurkovic explains how Alfredson and she “remembered that whole sense of gloom. So we set out to create a world that’s completely gone and completely disappeared, though we can still remember it. And we were quite meticulous.” Cinematographer Hoyte van Hoytema recollects how “Tomas referenced music, paintings, literature, smells, and sounds” to capture the feel of being in London in the 70s. Even the locations convey the seedy suspense of the story. The Circus, the headquarters of British intelligence, is recreated in Blythe Hall in West Kensington. It, along with other locations, recreate the chilly architecture and mist-filled streets of the period. In the end, as The Guardian points out, “The movie brilliantly conjures up the heavy weather of le Carré's spy game.” 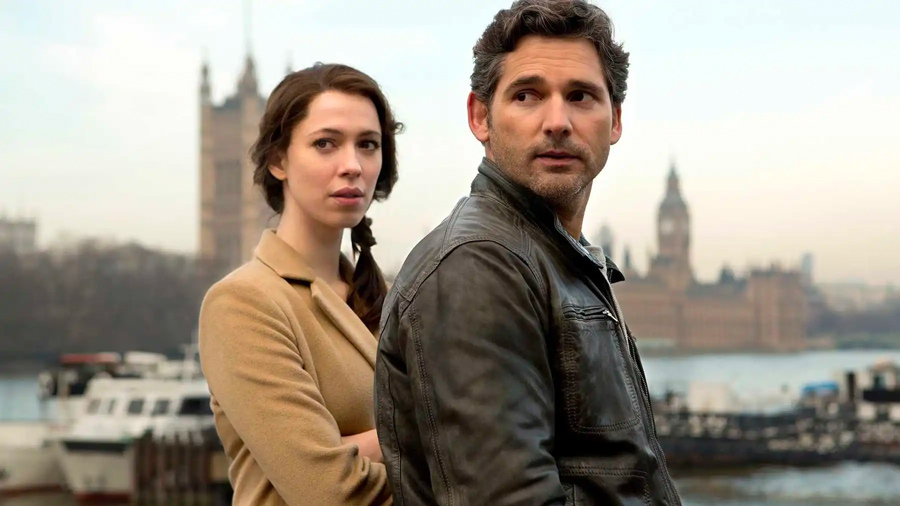 John Crowley’s Closed Circuit brings London into the 21st century with its depiction of a post 9/11 city overrun with surveillance and fear. When a terrorist explosion kills 120 people in London’s Borough Market, two opposing attorneys (Eric Bana and Rebecca Hall) start to suspect the British intelligence is more interested in covering up their mistakes than getting to the truth. To capture the London of the story, Crowley wanted to forgo the picturesque version of the city by avoiding “the red buses and the picture-postcard side.” Instead Crowley showed a complex, multilayered metropolis. “There were so many different types of London within the film which hopefully knit together: the river; the legal world; the Turkish immigrants; the world of the prison. They’re all jostling next to each other, but they all feel of a piece,” notes Crowley. What’s new, for Crowley, is the way the city is stitched together by surveillance in the 21st century. "The thing that interested me is the growing number of cameras in the town," he explains. "That’s what drew me to this project.” Indeed, this new London reality gave the film, as Slate exclaims, “a scarily resonant kick.”

The official trailer for Closed Circuit.