Snap Judgements: 9 Photos From The Way I See It

Dawn Porter’s documentary The Way I See It presents a portrait of a man better known for creating pictures than being in them. Pete Souza served as the official White House photographer for both Ronald Regan and Barack Obama. In presenting Souza’s snapshots of American history, the film also recounts one man’s personal journey from silent observer to outspoken commentator. Having witnessed two historic presidents up-close and personal, Souza has in recent years used his photographs to provide a contrast to the executive office today. “The presidency is a serious job,” notes Souza. “I was going to do everything I could to make sure people didn’t forget that.” From high political drama to intimate family moments, Souza’s snaps capture both the rich tapestry of the presidency and country he served. “Let’s remember why we are proud of being Americans,” exclaims Porter. “The film is sobering, inspiring, joyful.”

To give a taste of the remarkable photographic record on display in The Way I See It, we asked Souza to give us a behind-the-scenes tour of just a few photos featured in the documentary. The Way I See It is in select theaters on September 18.

1) A Saturday with the Reagans

The Reagans would go to Camp David nearly every weekend. One of the things they would usually do on Saturdays was go horseback riding. Adjacent to Camp David is Catoctin Mountain Park. What people never knew is that the Reagans would leave Camp David to go riding in there. They didn’t want to put that information out there publicly because then it would become a security issue. This photo was them coming back from a ride on a Saturday. They had a step in place for Mrs. Reagan and I just happened to get this moment of her getting off her horse. 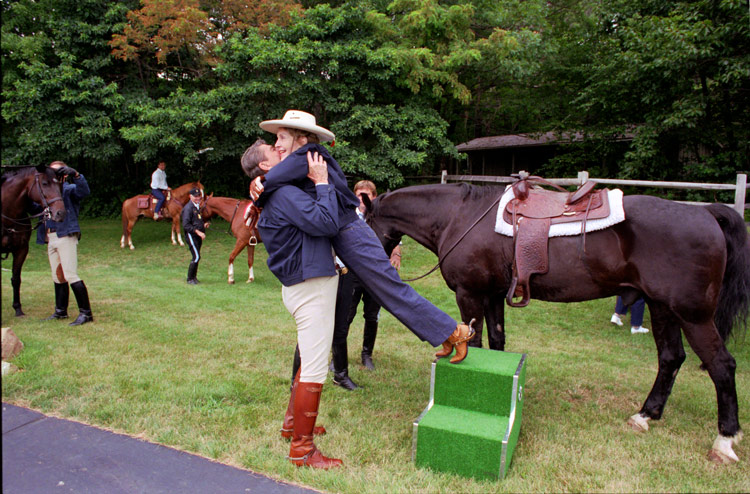 2) Snowmageddon at the White House

This was during the 2009 Snowmageddon. A huge storm pretty much shut down the city for two or three days. I had slept in my office that Friday night because I was really afraid I wouldn’t be able to get home—I lived about 8 miles from the White House—or get back to the White House. I suspected that at some point on Saturday—because the girls were still young—they would go out and play in the snow. Sure enough, early Saturday afternoon the Usher’s Office and the residence called me to tell me he was heading outside. This picture was taken in the Rose Garden. Sasha was just about to hit him in the face with a snowball—which she did. 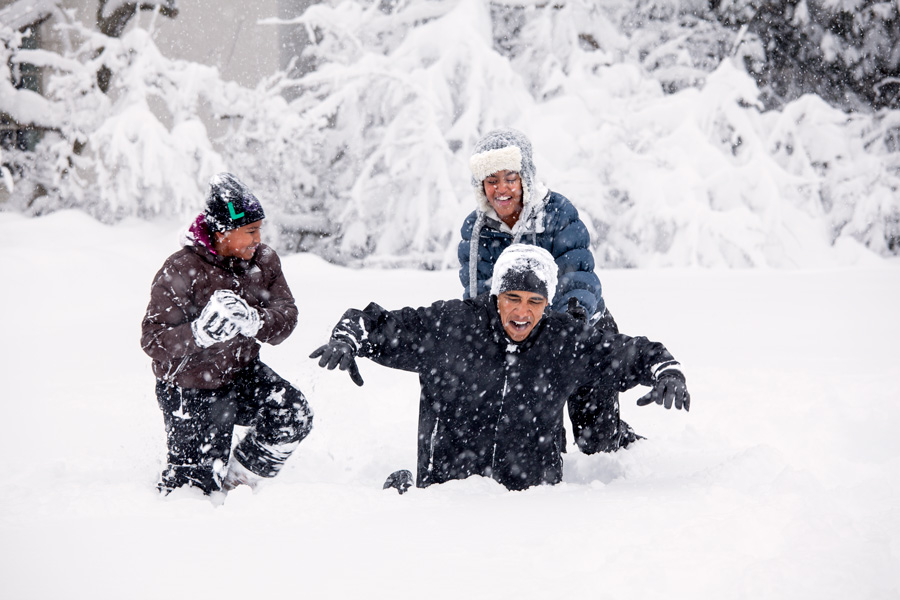 This was a service project that Barack and Michelle Obama had done [at the Jobs Have Priority Naylor Road Family Shelter] in Washington, D.C. If I am not mistaken, I shot this on Martin Luther King Jr. Day. I later used this photo as an Instagram post because I thought it offered an obvious contrast to the wall that Donald Trump was talking about. This was the "Wall of Hope." 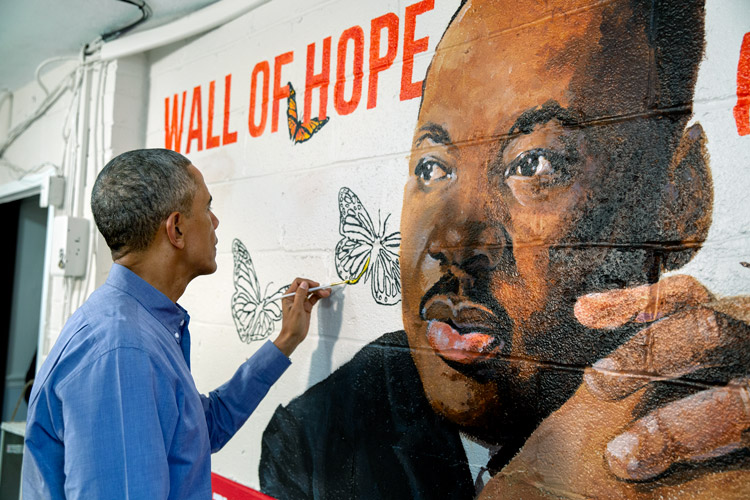 This is in the family theater in the White House. In 2009, early in the administration, Obama invited some friends over to watch the Super Bowl. Because the show had some 3D commercials, they handed out 3D glasses. I never figured out whether the president had them on backwards or if some of the glasses were white. Behind him to the far left, you can see Eric Holder who also has white glasses. It is possible that some of them were white and some were blue. 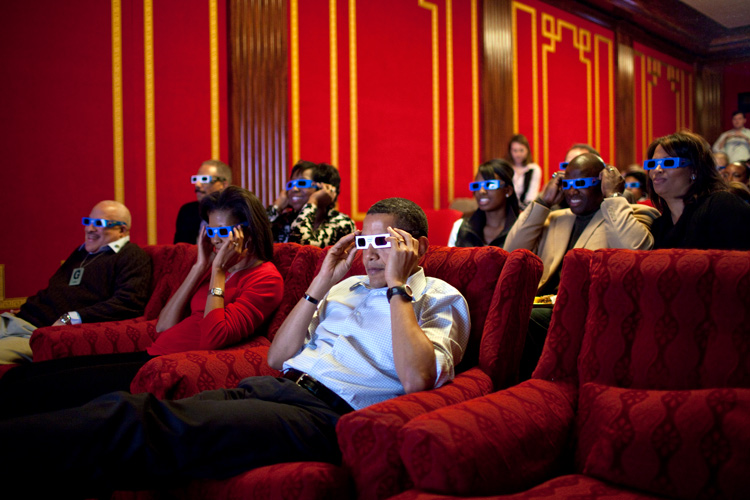 This was taken on Inauguration Day, January 20, 2009, just before Obama was announced at the Capitol. He is looking in the mirror to make sure his tie and flag pin are straight. This is one of those photographs that evokes a certain mood different from its intention. In reality, he is just trying to make sure that his tie is straight. In retrospect, it evokes the mood “this guy is about to become the President of the United States.” 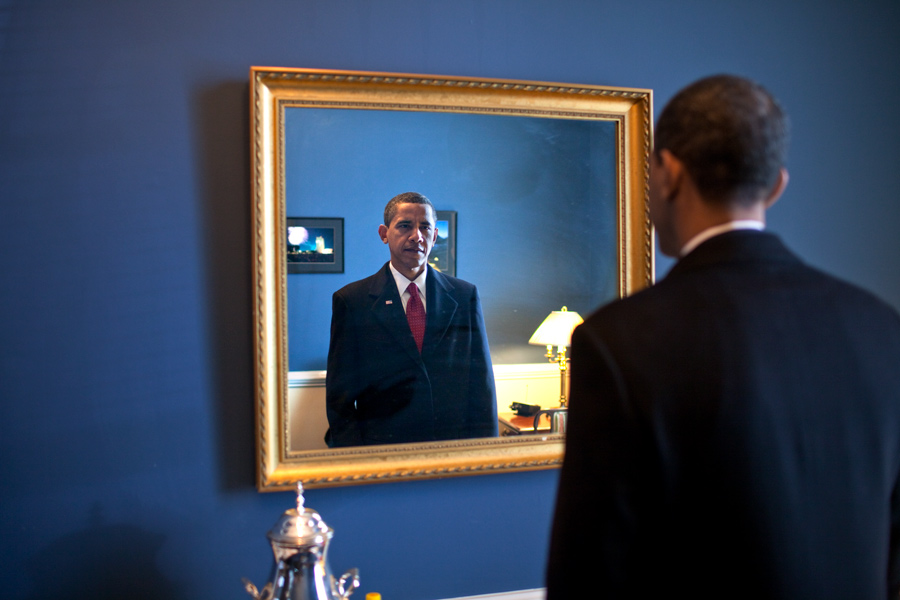 6) A Basketball Break from the United Nations

This was shot in 2009 during the first time we went to the United Nations. During a break one afternoon, the President was anxious to get some exercise. It turned out that there was a small gymnasium with a basketball court right across the street. Obama and his personal aide Reggie Love played one-on-one  for about an hour. I always love this series of photographs because at the time Reggie was 27, 6’ 6”, and had been the captain of the Duke basketball team when they won the national championship. Barack Obama is at least 4” shorter, 20 years older, and didn’t even start for his high school basketball team. But he is the most competitive guy in the world. Reggie is also very competitive, but he had to be careful not to give the president a fat lip. 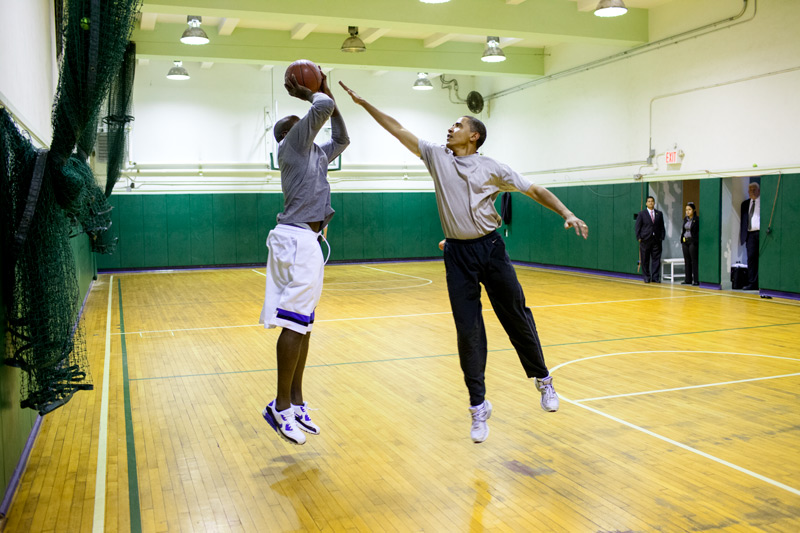 7) A Classroom in Decatur

This shot is from when we visited College Heights Early Childhood Learning Center in Decatur, Georgia. They had three magnifying glasses on the table and Obama ended up goofing around with some of the kids with one. This is one of my wife’s favorite pictures because she is a teacher and we have glasses like this around the house to study plants and bugs. I also love this photo for the expression of the kid on the left. 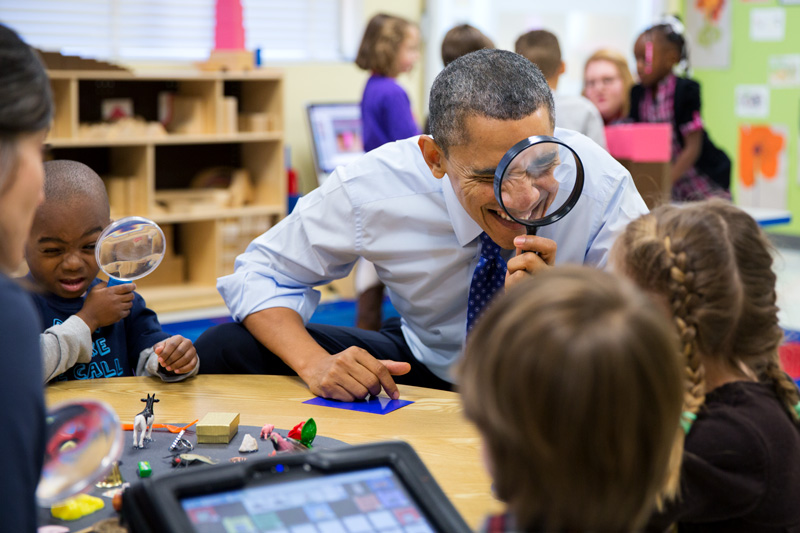 This was during a boat ride in Kenai Fjords National Park in Alaska. This was a trip to talk about climate change. There were just a handful of us on board. It was a perfect day, not a cloud in the sky. 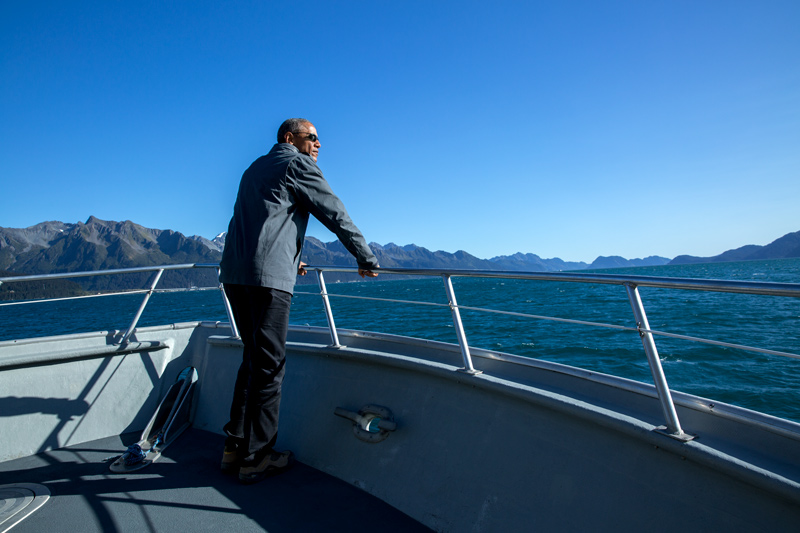 9) A State Dinner in India

This was a state dinner in India with Prime Minister Singh. Singh was probably 25 to 30 years older than Obama, so there was a certain respect the President showed the leader. It was an amazing dinner. There were guys on top of camels playing music. It was quite ornate. 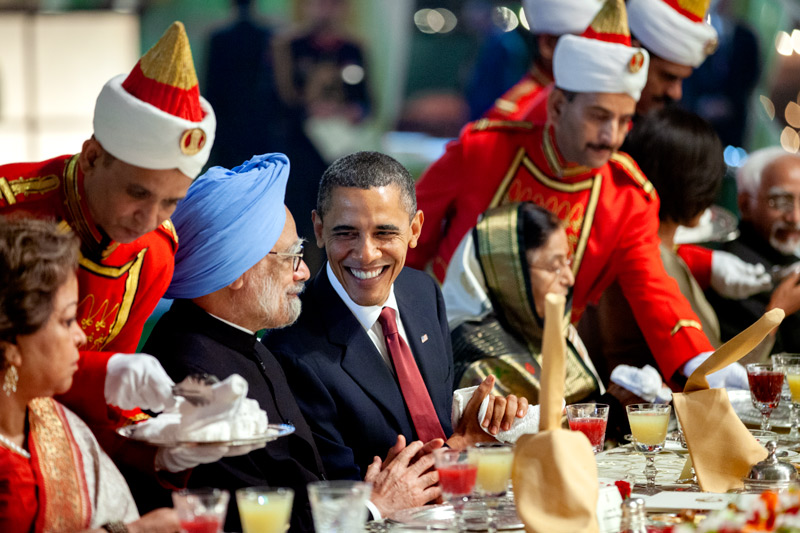