You Won’t Be Alone Highlights The Human In Horror

And four other films that take terror to a new dimension

Writer/director Goran Stolevski started working on You Won’t Be Alone by adding a twist of horror. “I wanted to do something with a genre premise but still treat it like a relationship drama,” he explained. He traced the terrifying legends of his family's homeland to find his characters and plot. “From researching Macedonian folk tales, I discovered that when women were accused of witchcraft, they were also suspected of taking the shape of another person or animal,” he recalls. “Those two things sparked the idea of the film.” Set in the 19th century in the mountains of Macedonia, his haunting story follows the life of a young woman, Nevena (Sara Klimoska), who grew up in seclusion before being transformed into a witch by Old Maid Maria (Anamaria Marinca). Unable to speak and with no knowledge of other people, she enters the outside world with awe and bewilderment, taking over the bodies of strangers to see the world through their experiences.

Received by critics, including Indiewire, as “Among the Best Horror Debuts in Years,” the story takes the genre into unexpected territory. Gory where it needs to be, You’ll Never Be Alone is also hopeful, empathetic, and lyrical, combining all these elements into what The Guardian describes as “a beautifully made and moving treatise on what it means to be human.” With You Won’t Be Alone in theaters, we look back at other innovative films which use horror to explore what it means to be human.

Get tickets for You Won’t Be Alone! 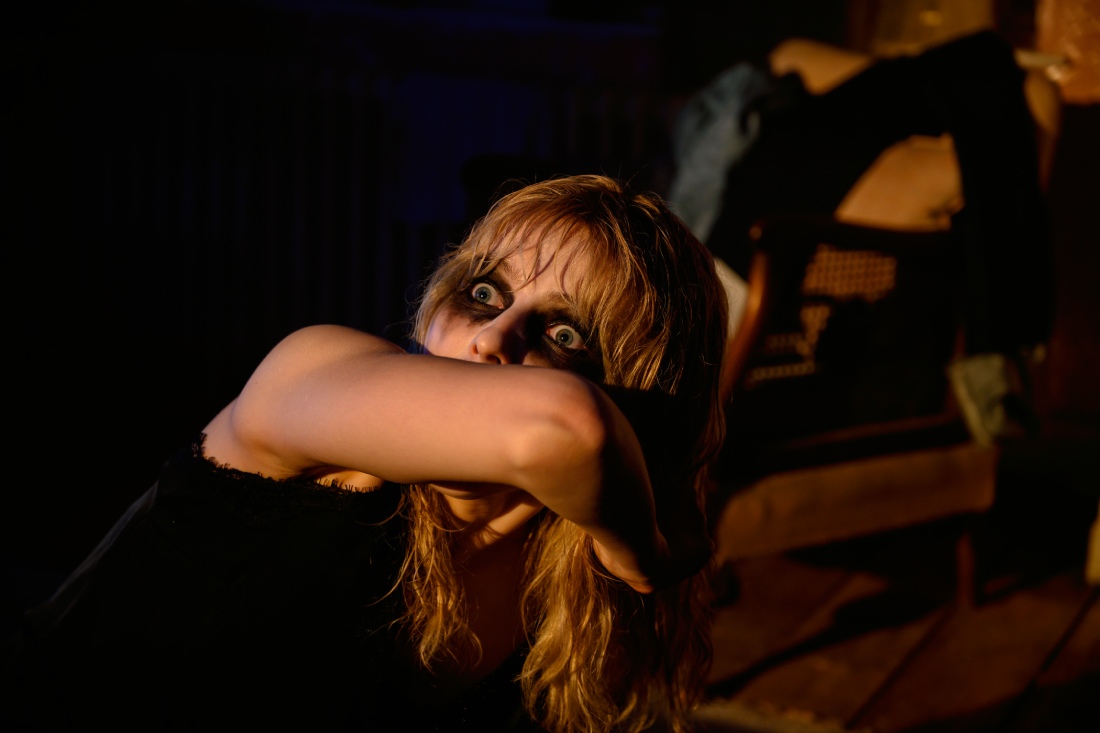 Last Night in Soho | The horror of nostalgia

Since his breakout comedy Shaun of the Dead, Edgar Wright has proven himself to be a virtuoso of genre, wringing from the traditions of crime, sci-fi, and horror film surprising new twists and turns. In Last Night in Soho, Wright uses his encyclopedic knowledge of horror to create a wholly original thriller that both pays tribute to the 1960s and questions the limits of nostalgia. When Eloise (Thomasin McKenzie), a modern-day London fashion student, finds herself transported back to the Soho of the Swinging Sixties, she sees through the eyes of budding singer, Sandie (Anya Taylor-Joy), the horror that lays on the other side of glamor. Last Night in Soho, according to The Hollywood Reporter, "delights in playing with genre, morphing from time-travel fantasy to dark fairy tale, from mystery to nightmarish horror in a climax that owes as much to ’60s Brit fright fare as to more contemporary mind-benders.” Yet Wright’s style never trumps substance. For Cinemablend, Wright “pulls off excellent visual scares where your emotional reaction in large part comes from your appreciation of the characters,” and the terrifying circumstances they find themselves in.

Watch Last Night in Soho now on iTunes or Amazon. 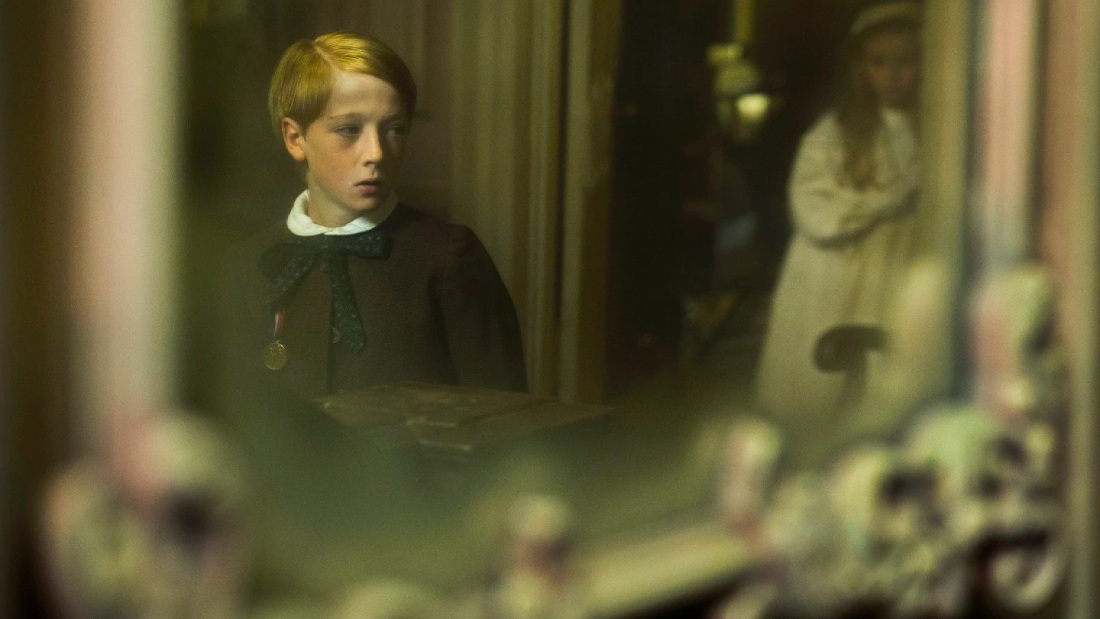 Oliver Zetterström and Tipper Seifert-Cleveland in The Little Stranger

The Little Stranger | The horror of history

In adapting Sarah Waters’ acclaimed novel, The Little Stranger, to the screen, Academy Award-nominated director Lenny Abrahamson looked beyond the confines of the haunted house story to find the ghosts of a crumbling British aristocracy. In 1948, Dr. Faraday (Domhnall Gleeson) is called to Hundreds Hall, a once great estate that is collapsing into ruin. The Ayres, whose family went back two centuries at Hundreds Hall, is also falling apart. The daughter (Ruth Wilson) can barely keep the place afloat, her brother (Will Poulter) is recovering from burns suffered during the WWII, and their mother (Charlotte Rampling) is hearing voices. Instead of looking for ghosts, Abrahamson listened to his characters to drive the story. “I thought ‘let’s believe it, let’s believe this character is having these experiences,’” Abrahamson explains. As such, he creates, according The Independent “a ghost story in which politics, class and money are the most frightening elements [and] the terror is in the minds of the protagonists.”

Watch The Little Stranger now on iTunes or Amazon.

When Julia Ducournau’s Raw debuted not only did people in the audience faint but critics and fans were bowled over by the filmmaker's audacious take on the horror genre. Rolling Stone proclaimed it a “Modern Horror Masterpiece,” adding that “You never get the sense that you’re not watching a master at work.” The Playlist confirms that she “has rightly earned the buzz that has surrounded the picture.” In Raw, a young vegan attending veterinarian college (Garance Marillier) discovers inside her a hunger most consider to be one of Western Civilization’s greatest taboos. While female cannibalism might seem the subject matter of B-movie exploitation, Ducournau uses our horror of the idea to ask profound questions about human experience. “We can laugh about these moments where we are ugly and disgusting,” Ducournau explains. Even more profoundly, such horror offers “a promise of equality, because in the end we are all like this in our intimacy.”

The official trailer for Raw 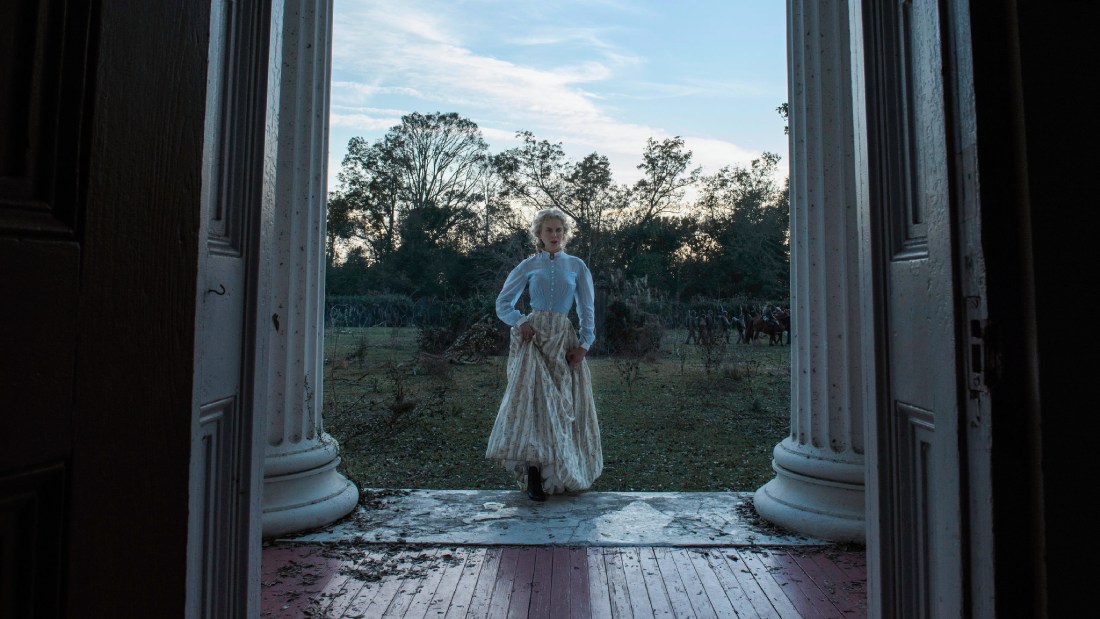 Nicole Kidman in The Beguiled

The Beguiled | A hint of horror

While Sofia Coppola’s Civil War drama, The Beguiled, is not a horror film per se, it is chilling in its use of Southern Gothic motifs, from frilly gowns to syrupy manners, to skirt the violence just beneath its surface. In the film, a wounded Union soldier (Colin Farrell) is brought into a Southern ladies’ school to be healed by the women there (including Nicole Kidman, Kirsten Dunst, and Elle Fanning). But when the soldier oversteps his welcome—as well as the bounds of decency—the ladies tastefully deal with the problem. "It was really fun and challenging to [see] how I would kind of approach the Southern Gothic genre, but still in my own style," explains Coppola. In addition to playing with repressed desire and female fantasies, Coppola played with horror cliches, like having Kidman “walking around set with that nightgown and the blood.” For Coppola, “it just felt like one of those old horror films.” While not wallowing in gore, Coppola captures the messy emotions that push people towards brutality. For The New York Times, “it is haunted nonetheless, by intimations of disorder, lust and violence.”

The official trailer for The Beguiled