From Oscar Isaac to Penélope Cruz, talents that represent a world of possibility

To mark National Hispanic Heritage Month this year, we are spotlighting actors and actresses from Spain, Mexico, Guatemala, and elsewhere whose talents have graced Focus films. In addition to giving stellar performances, these individuals have spoken up and advocated for the value that Hispanic artists bring to American film culture. 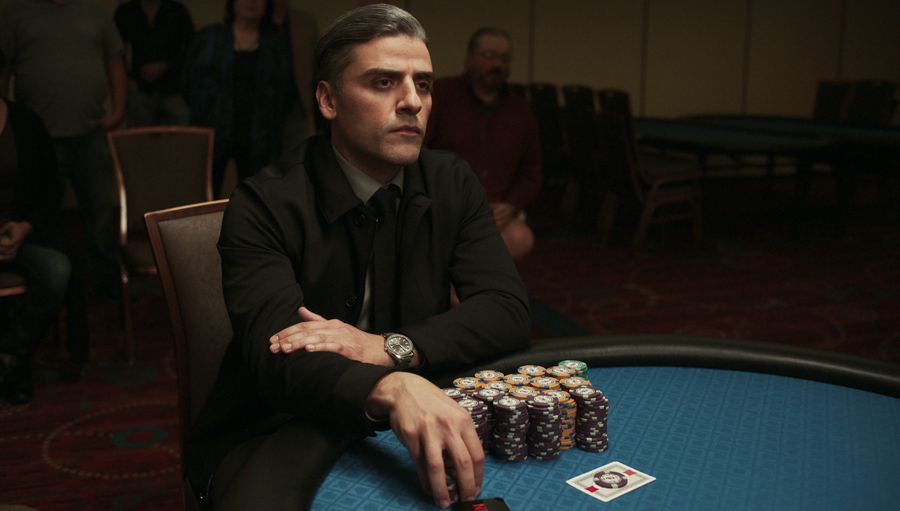 Oscar Isaac in The Card Counter.

Oscar Isaac plays the title character in Paul Schrader’s upcoming thriller The Card Counter. Having learned the titular gambling skill in prison, William Tell (Isaac) aims to win by observing everything played on the table and offers little about himself and his past. Dramatically transforming himself from role to role, Isaac plays a similar trick as an actor. Born Óscar Isaac Hernández Estrada in Guatemala City to a Guatemalan mother and Cuban father, the future actor moved to the U.S when was 5 months old, splitting his time between Miami and New York City. Playing music in a band and performing in a local theater during his high school years, Isaac got serious about drama when he was accepted into NYC’s prestigious Juilliard School. Even before he graduated, his career exploded. Playing the beat-down folk singer in the Coen brother’s Inside Llewyn Davis, then the slow-simmering businessman attacked by the mob in A Most Violent Year, Isaac received rave reviews for his depth and versatility. Jumping from one big film to the next, he appeared on the big screen as a hero in Star Wars: The Force Awakens and Star Wars: The Last Jedi, then as an epic villain in X-Men: Apocalypse. And through all of this, he never forgets his roots. “I have a love for Guatemala, a love for my family there, a love for the place that I was born,” Isaac explains. 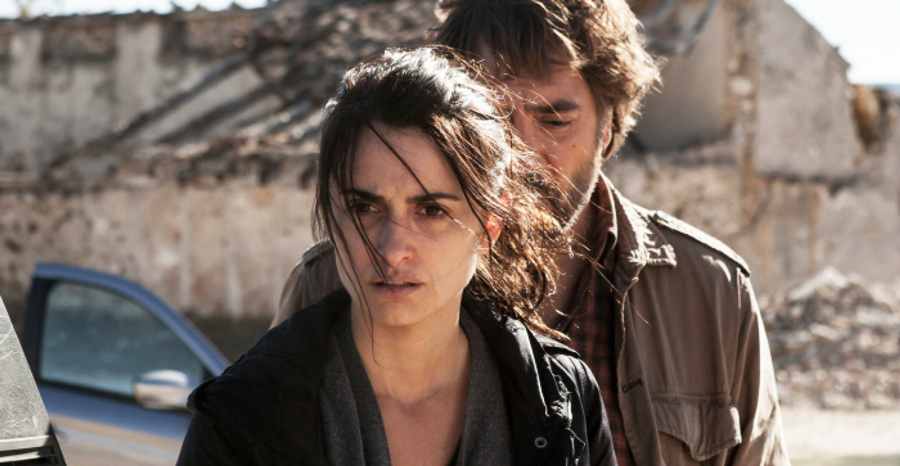 Penélope Cruz and Javier Bardem in Everybody Knows.

When Penélope Cruz won an Academy Award® in 2008 for Best Supporting Actress for Vicky Cristina Barcelona, she became the first woman from Spain to win an Oscar®. Born and raised in Spain, Cruz began working as an actress and model while still a teenager, appearing in a number of Spanish features before making her American debut in 1998 with The Hi-Lo Country. Her talent brought her to the attention of such film artists as Pedro Almodóvar, Cameron Crowe, Woody Allen, Kenneth Branagh, and two-time Oscar®-winning director Asghar Farhadi. Playing alongside her real-life husband Javier Bardem in Farhadi’s thriller Everybody Knows, Cruz delivers, according to The Wrap, “a tour de force performance constructed from shades of anger, desperation and near catatonic grief.” Working in both American and Spanish films, Cruz spurred on film companies to push for more diversity in casting. “There has been a lot more space for us, for actors who don't have English as their first language,” she explains, adding, "at least for characters who are supposed to have an accent. You know, at least, please give us those!"

Watch Everybody Knows now on iTunes or Amazon. 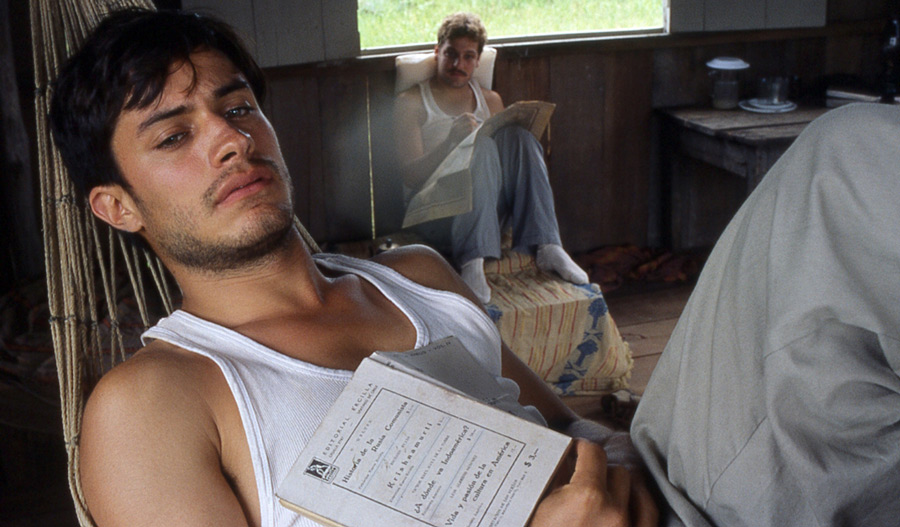 Born in Guadalajara, Mexico, Gael García Bernal started acting at a young age, spending most of his teenage years performing on a number of popular telenovelas. His early performances brought him to the attention of two of Mexico’s most talented directors. In 2000, he starred in Alejandro González Iñárritu’s drama Amores perros, and the next year was cast in Alfonso Cuarón's Y tu mamá también. For his next film, he chose a work that best captured his own Hispanic heritage. “I was being offered big films in the U.S., and I was like, ‘What film is going to be bigger than The Motorcycle Diaries?’” Bernal recalls. “This is a story that belongs to me, a story I can tell.” As an actor and producer — Bernal co-owns Canana Films with friend and actor Diego Luna — he stresses the importance of having Latinx filmmakers working in the United States. It “is important for people who are here,” Bernal exclaims. “There’s a whole spectrum of the population that is not shown.”

Watch The Motorcycle Diaries now on iTunes or Amazon.

Watch The Limits of Control now on iTunes or Amazon. 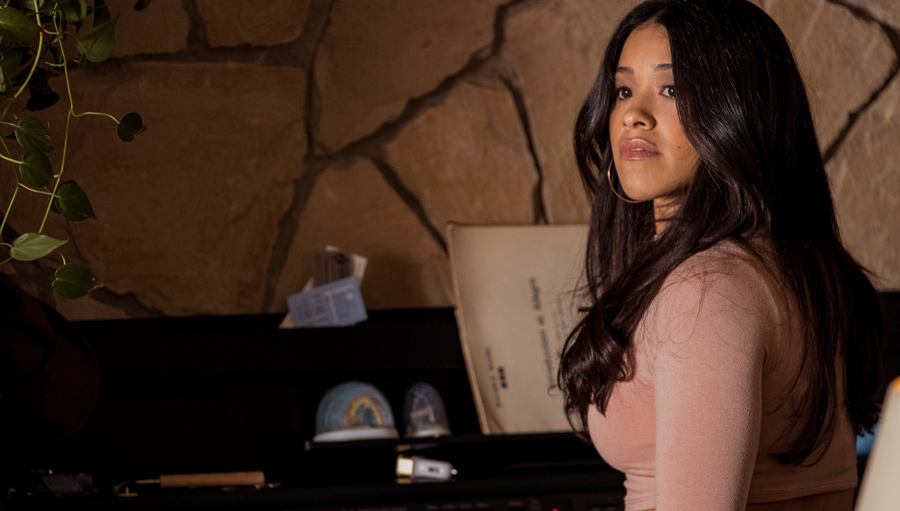 In Kajillionaire, Gina Rodriguez brings something special to Miranda July’s comedy of low-level hucksters. For Entertainment Weekly, Rodriguez “brings the surge of oxygen that breathes July's offbeat storytelling to life: bleak and funny and still, somehow, flickering with hope.” As a daughter of Puerto Rican parents growing up in Chicago, Rodriguez understood the power of hope to change lives. At one time a recipient of the Hispanic Scholarship Fund, she now helps out years later as a member of the HSF Board of Directors. As a young Latina actress, Rodriguez found hope in the figure of Rita Morena, a powerhouse who paved the way for young Hispanic actresses. “I thought so differently about myself growing up and what it took to undo that view of my people, of women, of beauty,” remembers Rodriguez. When she started working on what would become her hit series Jane the Virgin, Rodriguez imagined she could return some of the hope Morena had provided her to others. “Hey, if Rita did that for me, and she made me see that I could do it too, then hopefully I can do that for someone else.” 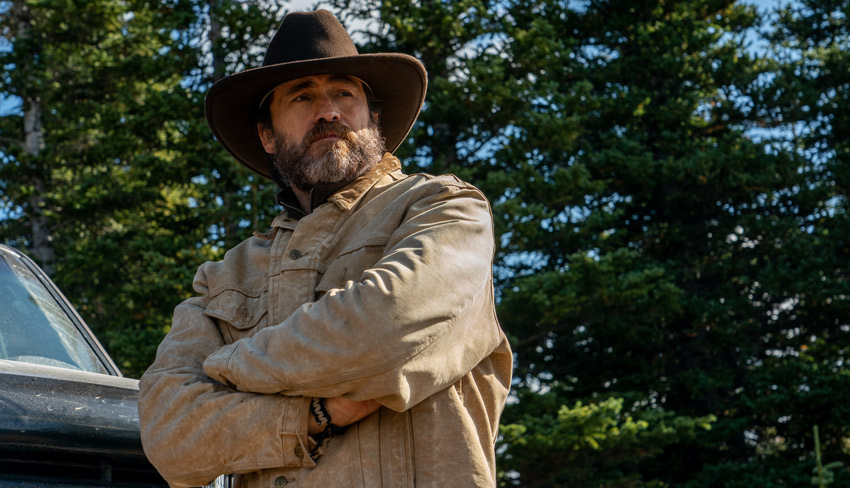 Born Demián Bichir Nájera in Mexican City, the future film star was raised in a family of thespians of Lebanese descent. By 13, he became a member of the National Theater Company of Mexico, appearing in numerous classic plays. After a short stint in New York City, Bichir returned to Mexico, where his career took off. In a few years, he won an Ariel Award for Best Actor for the drama Hasta Mourir and was nominated for Sexo, pudor y lágrimas, a sex comedy that went on to become one of Mexico’s highest-grossing films. He returned to America in 2001, getting nominated in 2011 for a Best Actor Oscar® for A Better Life. Bichir exclaims, “I think Latino talent is necessary for this industry in all aspects, not only regarding actors, but also directors, writers, and cinematographers.” Recently, he took his talent to Robin Wright's film Land, starring opposite her in a story about discovery and connection in the harsh wilderness. 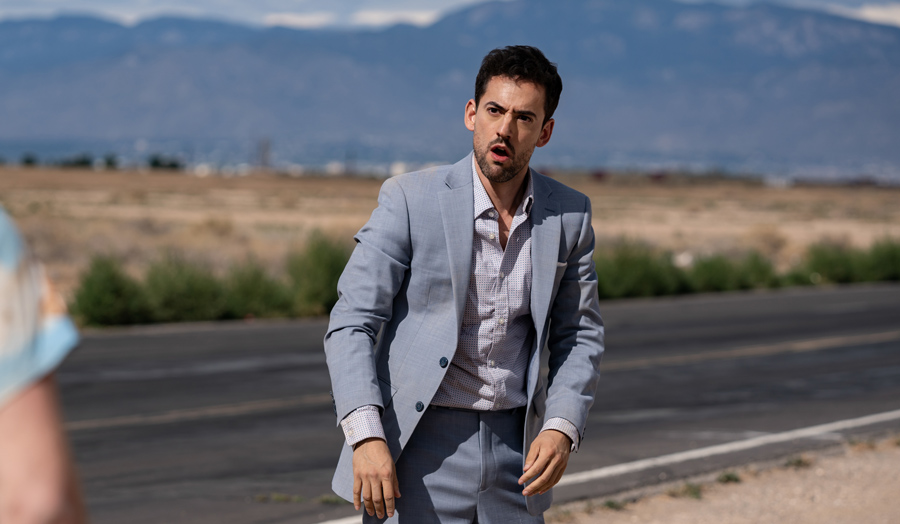 Luis Gerardo Méndez in Half Brothers.

While he grew up in a family of doctors in Aguascalientes, Mexico, Luis Gerardo Méndez chose a different profession when he started acting in high school plays. Doing a drama about a family going through a divorce, Méndez understood how theater could communicate what people couldn’t otherwise talk about. After ten years of honing his craft in TV and short films, Méndez became a superstar with the 2013 comedy We Are the Nobles, which became the highest-grossing Mexican film in Mexico, and gained additional attention in 2015 when the Netflix series Club de Cuervos quickly became an international hit. The 2020 comedy Half Brothers, which Méndez both produced and stars in, gives the star the chance to connect audiences with issues he cares about. "The film is 100 percent about empathy,” explains Méndez. “It's about being able to walk in someone else's shoes and understand a different perspective on life." As a Mexican working in Hollywood, creating comedies that reflect his life is especially important. “We need to be in charge of telling those stories because those are our stories," Méndez explains. "That's our inner life. That's our experiences."

Watch Half Brothers now on iTunes or Amazon.