We have terror for all tastes to savor this October 31

Last year, CinemaBlend announced the release of Edgar Wright’s Last Night in Soho with the headline, “A Dazzling Horror Film Just In Time For Halloween.” Pulling together references from Stephen King to Italian giallo, Wright created a strikingly original work, one that both indulges our love of all things scary and uses the horror genre to upend our sense of nostalgia. Eloise (Thomasin McKenzie) is a young fashion student who mysteriously finds herself whisked back to the Swinging Sixties when she makes a psychic connection with an aspiring singer, Sandie (Anya Taylor-Joy), from that time. What starts as a lark, Eloise revisiting a time period she long dreamed of, turns into a nightmare as Soho’s seamier side rises to the surface. Smart and scary, Last Night in Soho provides, according to The Film Stage, “an absolute rollercoaster, a Halloween fun ride down the grimy London sewers.”

To celebrate Last Night in Soho’s one-year anniversary, we are providing fun rides for all types horror fans, from the silly to the cerebral to the sublime. Personalize your Halloween by sampling the terror that fits your tastes.

Watch Last Night in Soho on iTunes or Amazon 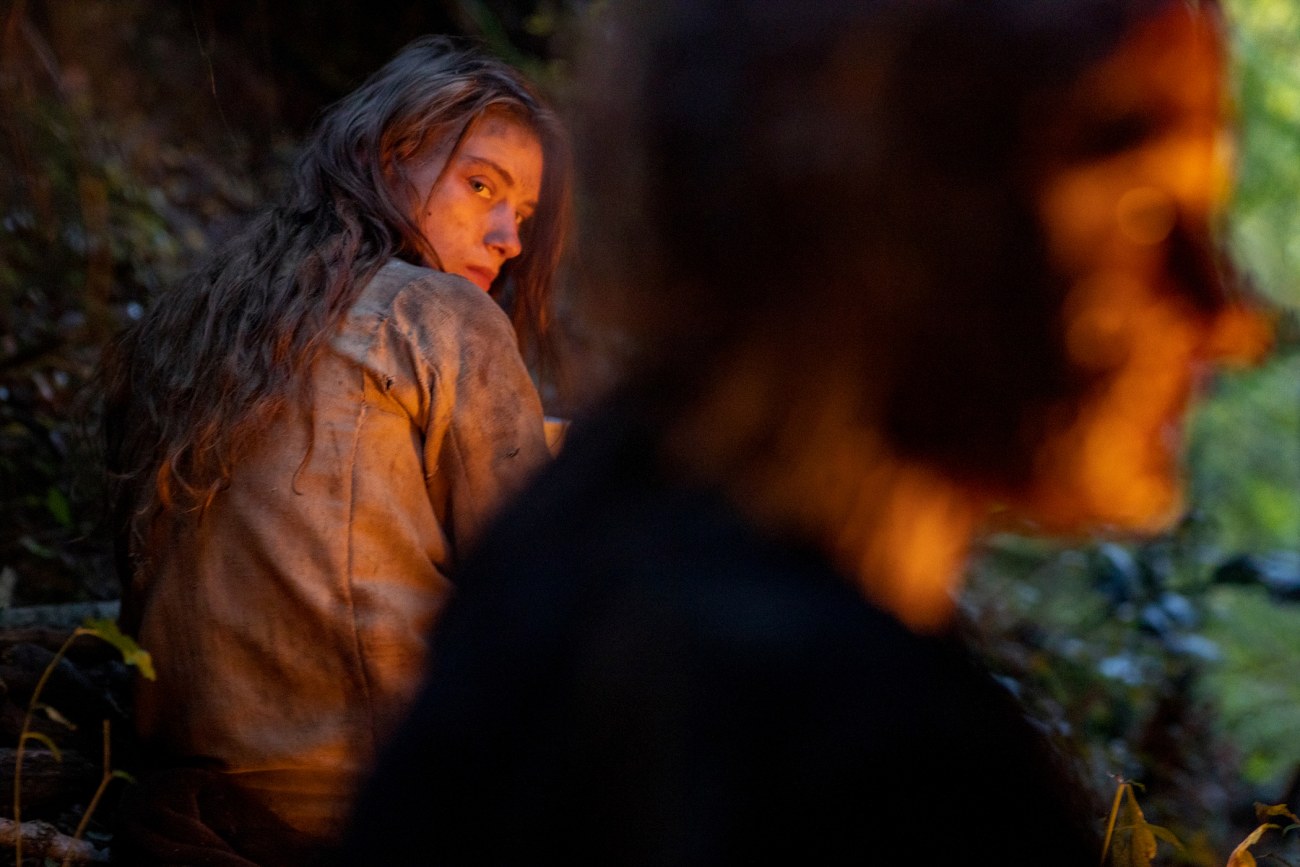 For the philosophically inclined, Goran Stolevski’s poetic You Won’t Be Alone pushes viewers to ask, writes The Guardian, “what it means to be human.” Stolevski recasts the elements of horror—a centuries-old spirit called the “wolf-eatress,” a stolen baby, a creature who kills others to take over their bodies—into a transcendent exploration about how we experience the world around us. After Old Maid Maria (Anamaria Marinca) transforms a girl she kidnapped into a witch like herself, Nevena (Sara Klimoska) uses her new powers to take over the bodies of strangers, hoping to understand the strange world around her through their eyes. The film, according to The New York Times, “moves so hypnotically between dream and nightmare, horror and fairy tale that, once bound by its spell, you won’t want to be freed.”

Watch You Won’t Be Alone now 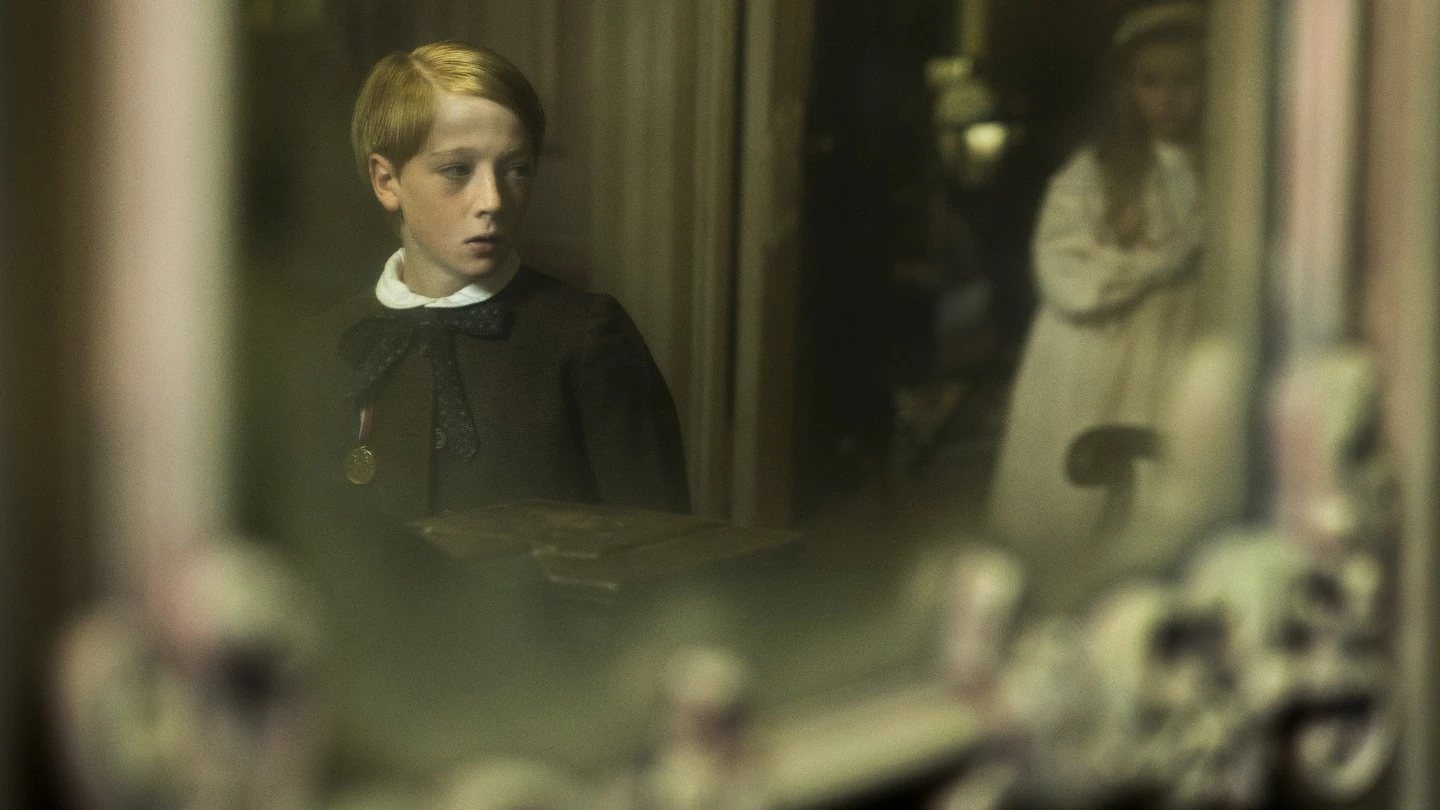 The young Faraday (Oliver Zetterstrom) in The Little Stranger

The Little Stranger | A study in terror

If you like your terror a little cerebral, say hello to The Little Stranger. Academy Award®-nominated director Lenny Abrahamson adapts Sarah Waters’ neo-gothic novel into a stylish thriller about history and horror. When Dr. Faraday (Domhnall Gleeson) is called to the local estate, Hundreds Hall, he does not find the proud mansion he remembered from his working-class youth. History has not been kind to the aristocratic Ayres family or their home. Roderick (Will Poulter), injured in WWII, is a shell of his former self. His mother (Charlotte Rampling) is being driven mad by the house. And the daughter, Caroline (Ruth Wilson), can’t hold it all together. For The Washington Post, “Abrahamson uses that sense of the detached observer as a scalpel, whittling away at our expectations of horror films until we have no choice but to look at—and really listen to—what is happening.”

Watch The Little Stranger now on iTunes or Amazon

Sometimes the real horror doesn’t come from obvious monsters but from the people we try to be nice to. When Frances (Chloë Grace Moretz) returns a lost handbag she finds on the subway, her kindness is rewarded with the suspicious affection of the bag’s owner, Greta (Isabelle Huppert). When Greta's friendliness turns fiendish, then the real fun begins in Neil Jordan’s unhinged romp, Greta. Inviting the viewer to sit back and enjoy the sinister silliness of it all, the film is, according to The Wrap, “Jordan doing fun, schlocky horror.” 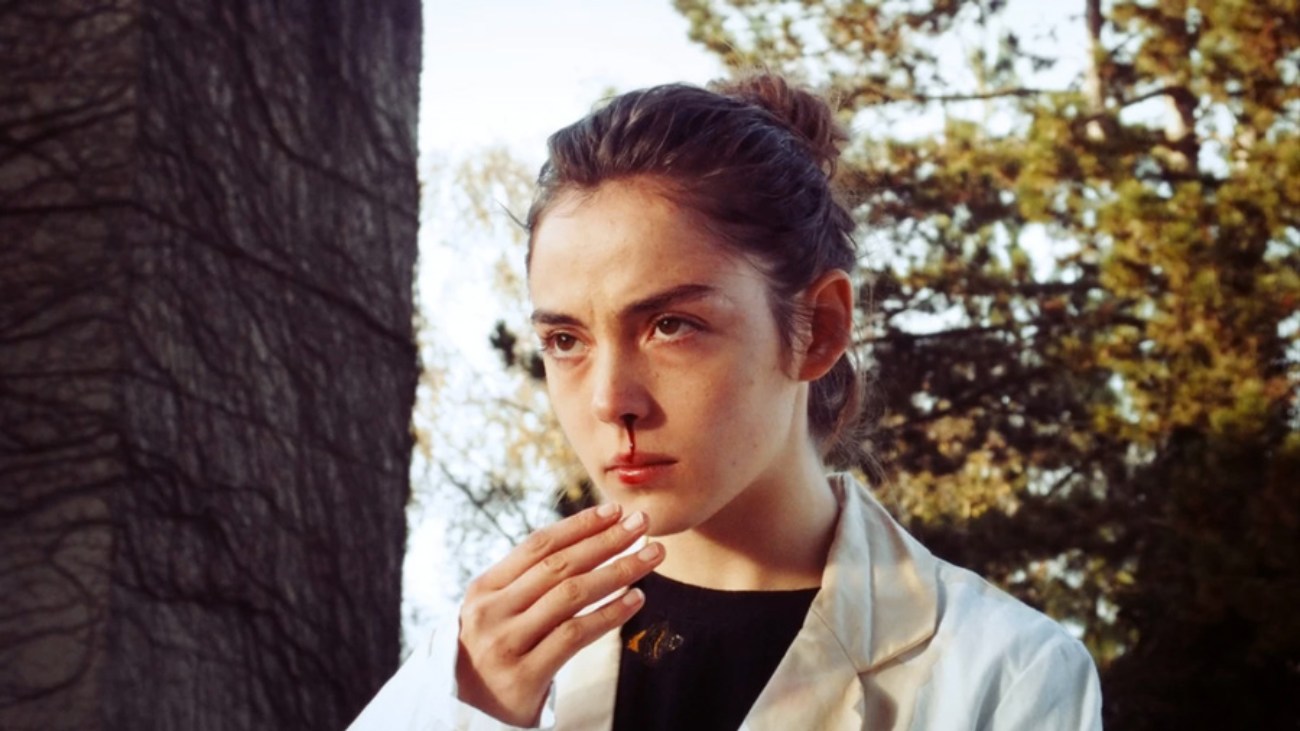 Raw | A taste for the terrible

If you have an appetite for body horror, look no further than Julia Ducournau’s Raw. When a young vegan (Garance Marillier) enters Veterinary school and is forced to eat animal flesh in a hazing incident, something wild and unsavory awakens inside her. Hailed as “a modern horror masterpiece” by Rolling Stone, Raw finds poignant and personal revelations in our revulsions to certain desires and hungers. As MTV notes, this “beautiful film about terrible horrors is a coming-of-age allegory about a girl discovering her powers.”

The official trailer for Raw 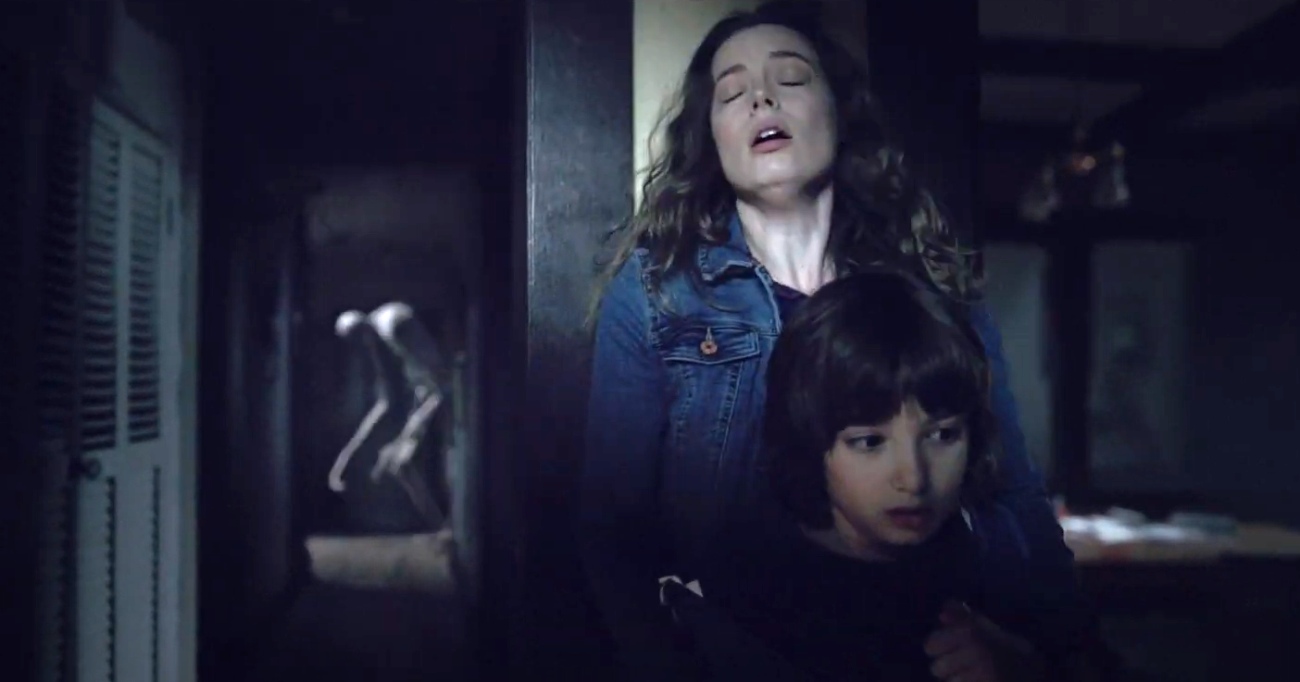 If you prefer classic American scary, Jacob Chase’s Come Play might connect with you. The AV Club compares this story of a boy and his monster favorably to 1980s Spielberg in its “giddy craftsmanship, in the sentimentality of its broken-home family drama, and in the way it opens a portal of wonder and terror into the American suburbs.” When Oliver (Azhy Robertson), a non-verbal autistic child downloads an app called Misunderstood Monsters, he meets Larry, a monster looking to find a friend. Unfortunately, to the horror of Oliver and his mother, Sarah (Gillian Jacobs), Larry is not the kind of monster who takes no for an answer.

The official trailer for Come Play 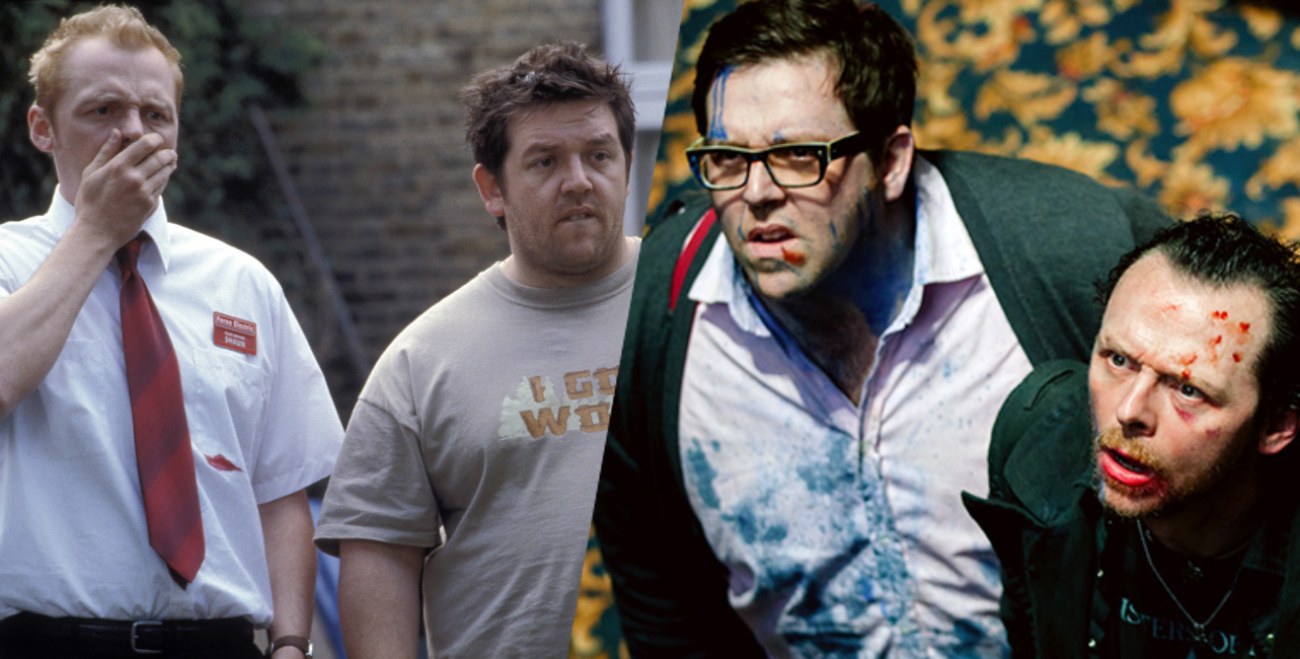 The best way to celebrate the one-year anniversary of Last Night in Soho is with more Edgar Wright. And the first and last films in his Cornetto Trilogy are perfect for Halloween. Start with Shaun of the Dead, the film that started the rom-zom-com phenomenon. Reunite with Shaun (Simon Pegg), Ed (Nick Frost), and the rest of the gang from the Winchester pub as they knock back a few pints and fight the undead. Clark Collis, the author of You've Got Red on You: How Shaun of the Dead Was Brought to Life, points out that the film “gets more and more impressive with each passing year." Follow that up with The World’s End as Pegg and Frost join Paddy Considine, Martin Freeman, and Eddie Marsan as a gang of old friends who return home to finish a pub crawl they failed to finish twenty years ago. But the boys barely finish a pint, when a new apocalypse rises up to derail their partying. “It manages to play as much like an ode to kooky alien invasion thrillers as it does to the joys of getting plastered with friends,” exclaims IndieWire, making it the perfect Halloween party flick.

Watch Shaun of the Dead now on iTunes or Amazon

Watch The World's End on iTunes or Amazon