A Q&A with filmmaker Morgan Neville

In Roadrunner: A Film About Anthony Bourdain, Academy Award-winning filmmaker Morgan Neville points his camera toward a true American icon. Having explored the life of Fred Rogers in his acclaimed Won’t You Be My Neighbor? and the lives of backup singers in his award-winning film 20 Feet From Stardom, Neville brought his insatiable curiosity and attention to detail to the legacy of Anthony Bourdain. Starting with Bourdain's rise as an up-and-coming chef in NYC to his fame as a bestselling author with Kitchen Confidential to his role as an international TV star, Roadrunner captures the full span of his life. In many ways, Neville approached the documentary with the same verve that characterized Bourdain's own style. “They’re both incredibly curious in a very similar way,” notes producer Caitrin Rogers. “That’s probably what helps Morgan to capture Tony. Morgan doesn’t approach things in an expected way; he’s always trying to find unique routes into the storytelling.” Emphatic and unflinching, Neville brings to the screen the full story of Bourdain’s life and legacy. “It feels like an essential document,” writes Entertainment Weekly, “created in the radical no-reservations spirit in which he lived.”

We spoke with filmmaker Morgan Neville about how he approached the story, what he most appreciates about Bourdain, and why Bourdain’s love of adventure matters now more than ever.

Get tickets for Roadrunner: A Film About Anthony Bourdain now.

The official trailer for Roadrunner: A Film About Anthony Bourdain. 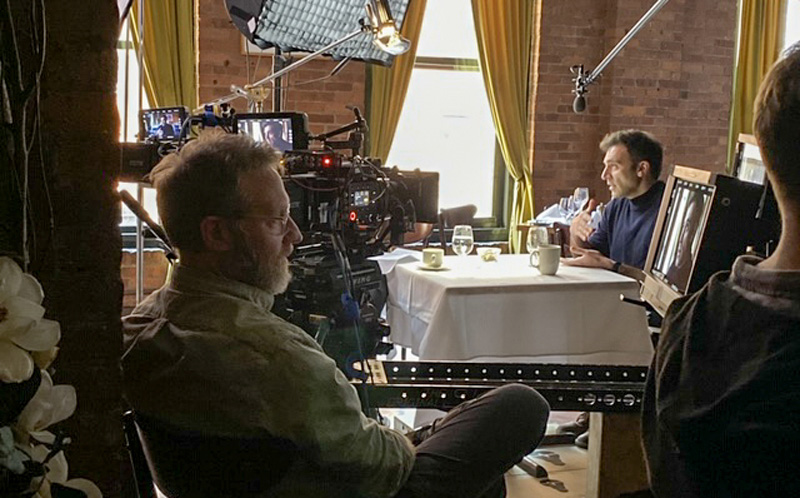 How did you get started making a film about Anthony Bourdain?

I'd heard that CNN along with the estate were talking about doing a documentary. I’d heard that they hadn't found the director yet. They were just trying to talk about it. I felt very jealous at that idea and felt that I really wanted to do it. I called Amy Entelis, the head of talent and content development for CNN Worldwide and asked about throwing my hat in the ring. They said yes, and we took it from there. One of the reasons I wanted to make the film is that I always viewed Tony as a sort of fellow traveler. He was kind of a documentary filmmaker. He told stories about culture and what connects people. And he was a music and movie fan. On a superficial level, I thought that he was somebody I understood. But there were deeper things going on with the guy and I wanted to know what they were. It is a good sign if I am curious. I need to follow that curiosity through the whole process

You previously focused on Fred Rogers for Won’t You Be My Neighbor?  Are there similarities between the two films?

Whether it was a neighborhood or the whole world, I think both men were trying to do the same thing — to show us that we have more in common with other people than we think. They had a similar moral point about how we need to connect with each other. But in terms of personality, they could not be more different. Fred Rogers was an incredibly consistent person. He would tell you exactly what he was thinking. He was very simple and direct with people. People always knew where he stood on things. Tony, on the other hand, was this mercurial character who was always slightly different to everyone, who was always shape-shifting. Even the teams that worked with him on his shows said he had very different relations with everyone in his world. He was much more like Orson Welles. A deeply complicated person who you could try to parse for ages and never get to the bottom of.

And both were people created by TV?

They both played a version of themselves on television. In many ways, Anthony Bourdain’s television persona was very close to who he was at times. At other times, he could be very different. In real life, he was often shier or darker than he was on TV. Overall, he was very open on TV, which is why I think a lot of people responded to him so well. People didn’t see him as a TV host just phoning it in. Viewers felt he was really engaged with what was happening. I think that was part of his success and why people identified with him. People on the street say, "Hey, it's Tony." People would want to ask him questions about where to travel or buy him a beer. That happened to him everywhere. He was always very gracious about it, partially I think because he didn’t believe he deserved his success. 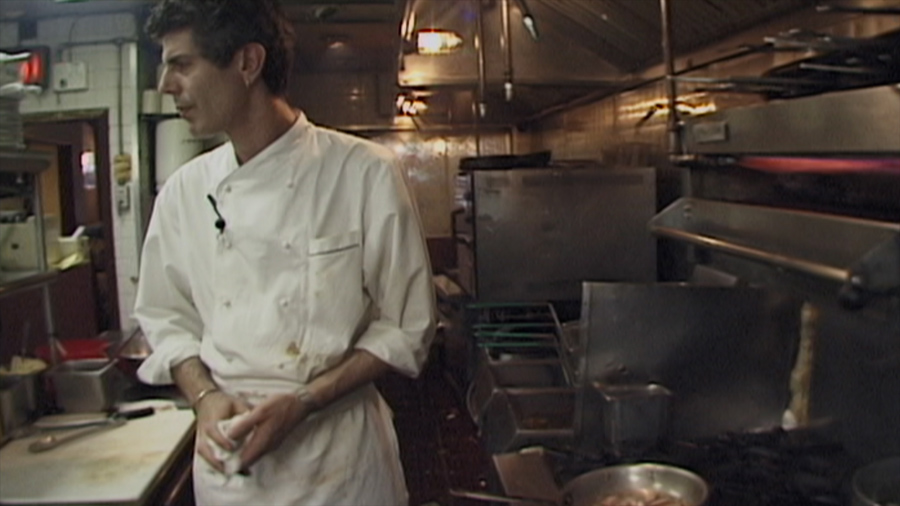 You seem to have footage from every time in his life. How did you sift through so much material?

A lot of that footage from the first part of the film is from an unfinished documentary that was made right when the book Kitchen Confidential was released. There is footage from the whole year he was on a book tour, long before he did television. It was stunning to come across some 60 hours of that. It enabled us to paint a picture of his old life when he moved from chef to writer. From the shows, there are thousands and thousands of hours of footage. To start with, whenever we talked with someone, we asked them about what scenes or episodes they remembered. Tony also wrote about the different episodes a lot. At first, it was like going through haystacks looking for needles. I wanted to avoid the film feeling like a greatest hits album. There are a lot of amazing scenes which don't necessarily reveal his character. We wanted the moments that showed us something deeper about him.

In a way, the film feels like trying to figure out what Rosebud means in Citizen Kane.

You are the first person to mention that. You know, the film is 119 minutes long, the same running time as Citizen Kane. That is my own little Easter egg. If Welles could do Kane in 199 minutes, then I could do Bourdain in the same time.

What made food so important for Bourdain?

Bourdain was somebody who understood fine French technique. He was trained at The Culinary Institute of America. He understood what the finest cooking was about, but he was not a great chef. He was great at executing things and managing kitchens. His OCD-ness worked incredibly well for someone running a kitchen but making recipes and inventing new things was not his strong suit. I think his real contribution is in the revolution that has been going on for about 20 years about what we consider good food. Good food for him was not just Michelin-starred French cooking, but anything, street food, local cuisine, etc. He gave serious consideration to food that would never have been reviewed in The New York Times 20 years ago. Both Anthony Bourdain and Jonathan Gold really helped revolutionize the way we see food in our country. And they both died the same summer. In the food world, losing those two voices was an incredible loss.

What surprised you the most about Anthony Bourdain?

I was shocked by how awkward and nerdy he could be. He seemed to have such a swagger at times. I think that persona gave him confidence to go out in the world, but he was a very shy person when it came down to it.

What do you hope audiences take away from Roadrunner: A Film About Anthony Bourdain?

I think there are two things. One is that he was such a champion for curiosity, something that I feel we have a deficit of in our world. When you hear about how few people have a passport or travel, you realize how huge it was that he advocated for travel. The other thing I hope that people take away is the ability to put his death in some context, so there is not a question mark hanging over his name whenever it comes up. When I told people that I was making a film about Bourdain, I would often get the reaction, “Oh my God, that was such a tragedy” or “I don't want to think about it.” I hope the people see him as a multi-dimensional person, as complicated and painful as that might be.