Partner up with a good movie for International Friendship Day

In his essay “Friendship,” Ralph Waldo Emerson succinctly observed, “The only way to have a friend is to be one.” That potent advice was not lost on Dr. Ramon Artemio Bracho, the military surgeon from Paraguay who proposed the idea of a World Friendship Day on July 20, 1958. For him, cultivating friendship was a fundamental step in fostering more peaceful relations between nations. In 2011, the General Assembly of the United Nations agreed with him, officially designating in 2011 that the International Day of Friendship would be every July 30.

For this International Friendship Day, we’re showcasing movies that illustrate the power of friendship, from an unexpected bond between the Queen of England and an Indian clerk in Victoria & Abdul to the passing affection shared by two strangers in Lost in Translation. One of friendship’s greatest joys, the pleasure of reconnecting with the people you love after a long absence, can be experienced this Fall when Downton Abbey is released on September 20. The film not only brings the Crawley household back together but allows fans of the television series to reunite with the characters they so cherish.

Sofia Coppola presents a unique take on friendship in Lost in Translation. Left alone by her husband at Tokyo’s famed Park Hyatt Hotel, Charlotte (Scarlett Johansson) strikes up a friendship with Bob Harris (Bill Murray), a middle-aged movie star in town to make a whiskey commercial. Their relationship, which starts out of boredom, quickly moves into more complex emotional waters as the two strangers get to know each other. In writing her Academy Award®-winning screenplay, Coppola was interested in “those kind of relationships that are sort of in between…these memorable relations with people that don't ever become a real thing.” Lost in Translation's unique ability to capture a loving connection that's hard to pin down was registered by The Guardian, who put the movie on their list of “Best Romantic Films of All Time,” noting, “The friendship that transpires is a kind of nothing—a brief period of talking, laughing, sharing silences—which has the potential to be life-changing.” 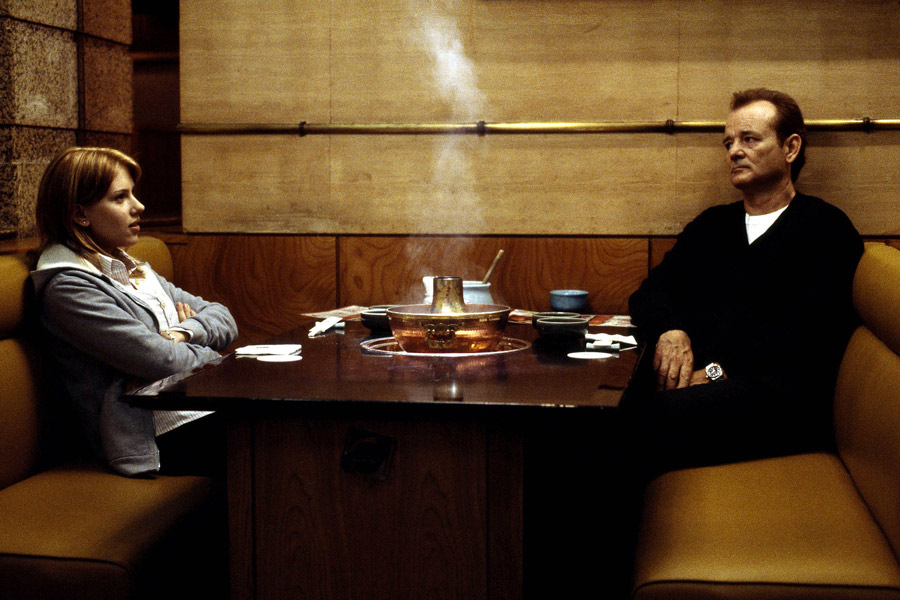 Stephen Frears’ Victoria & Abdul recounts one of the most compelling friendships in history. In 1887 while celebrating her Golden Jubilee, Queen Victoria (Judi Dench) meets Abdul Karim (Ali Fazal), a young clerk who has traveled from India to present her majesty a commemorative coin. The two forge an unexpected and intimate friendship that lasted until Victoria’s death in 1901. Misunderstood by nearly everyone around them, the two people from different ends of the world found in each other a kindred spirit. The story may be history, but its power of example remains particularly poignant. As Awards Circuit notes, “In a time when the fight for diversity is reaching a crescendo, this hundred-year-old story feels surprisingly modern.”

Get Victoria & Abdul now on iTunes and at Amazon. 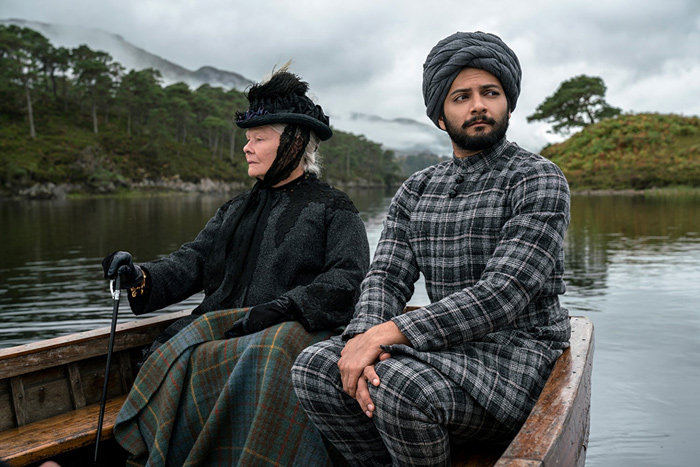 Edgar Wright’s Hot Fuzz transforms the buddy-cop action genre into a hilarious tale of friendship. When the go-getter detective Nick Angel (Simon Pegg) is transferred to the sleepy village of Sanford, his high-powered career seems at an end. There’s no crime to fight, and, even worse, he’s saddled with an inept rookie, Danny Butterman (Nick Frost), whose only experience with actual crime comes from watching Hollywood action DVDs. When the postcard-perfect hamlet turns into a hotbed of evil, the two find out that they need each other in ways they never expected. The film’s comic bonding in many ways reflects the real-life bromance that the two actors share off screen. As Slate comments, “Ridiculous as Angel and Danny are, we truly care about their budding friendship—not least because of the chemistry between Pegg and his real-life buddy Nick Frost, who riff off each other like old vaudevillians.” 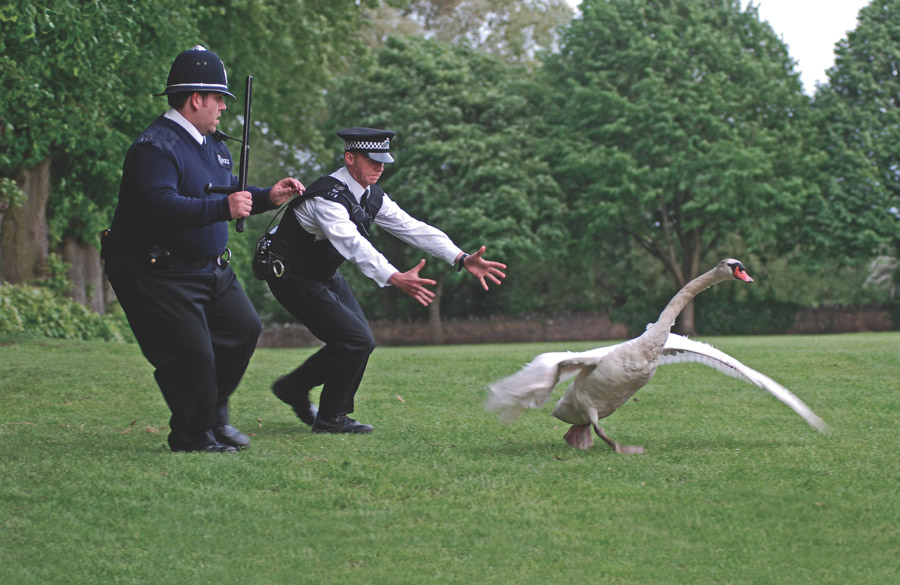 Walter Salles’ The Motorcycle Diaries recounts the remarkable trip that a young medical student, Ernesto Guevara (Gael García Bernal), and his best friend, Alberto Granado (Rodrigo de la Serna), took in 1952. Starting in Buenos Aries, the two travel by motorcycle—when it worked—up through Chile and Peru, finally ending up in Venezuela. The spectacular lands and people that these young travelers encounter not only changed their world view, but bonded them for life, even as they end up following very different destinies. While the tale is grounded in our common understanding that the open-hearted Ernesto will grow up to become Che Guervera, the international revolutionary, it is, as USA Today notes, “what happens along the way that dazzles,” including “laughing at their mishaps or savoring the simple camaraderie between the two friends.” 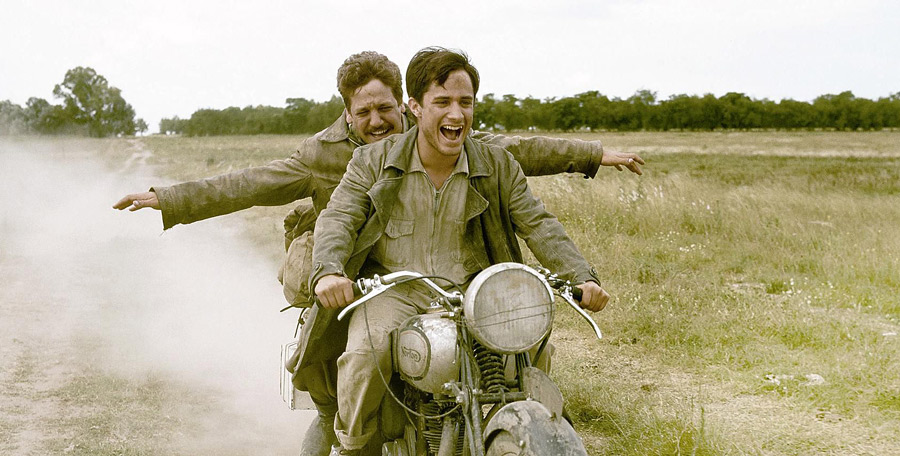 In Joe Wright’s kick-ass adventure Hanna, the titled teen heroine (played by Saoirse Ronan) goes from being raised in an isolated alpine fortress by her ex-CIA dad (Eric Bana) to being engaged in a deadly cat-and-mouse game across Europe and North Africa with a rogue government agent (Cate Blanchett). As a child, Hanna was trained to be a world-class assassin, an education that taught her how to kill—but not connect—with other people. Her unexpected friendship with Sophie (Jessica Barden) awakens something new inside her—a desire to care for others. As the two actresses bonded on set over their mutual love of Lady Gaga, their characters learn the power of empathy. "Sophie and Hanna's friendship is built around getting to know and understand why the other person is the way they are,” explains Barden. “Their differences bring them together.” 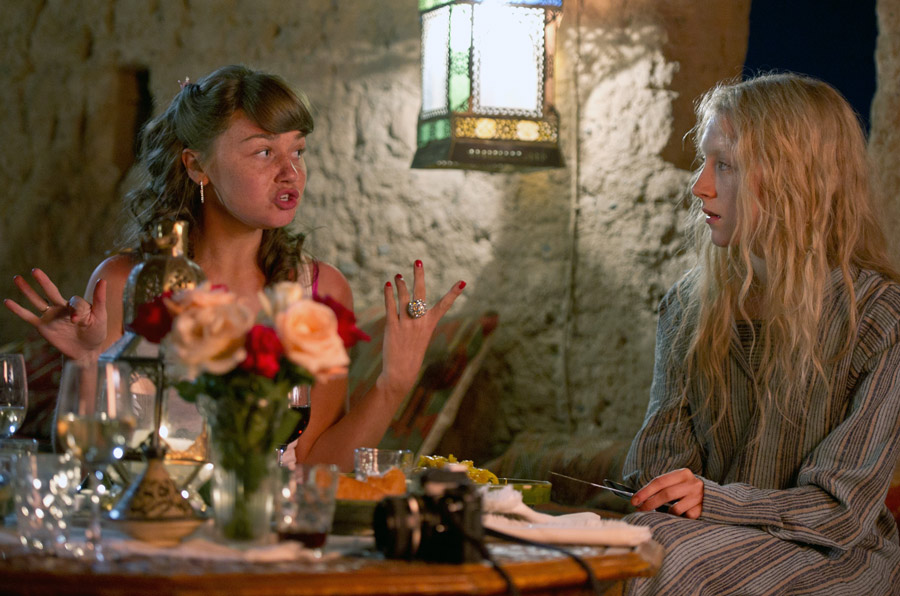