September 15 to October 15 marks the recognition of National Hispanic Heritage Month, celebrating the contributions of Americans who trace their heritage back to Spanish-speaking countries the world over. To commemorate this month, we're recognizing the talent of some of the most influential Hispanic writers, directors, film composers, cinematographers, costume designers, and production designers, spotlighting seven artists whose unique gifts have enriched Focus films. 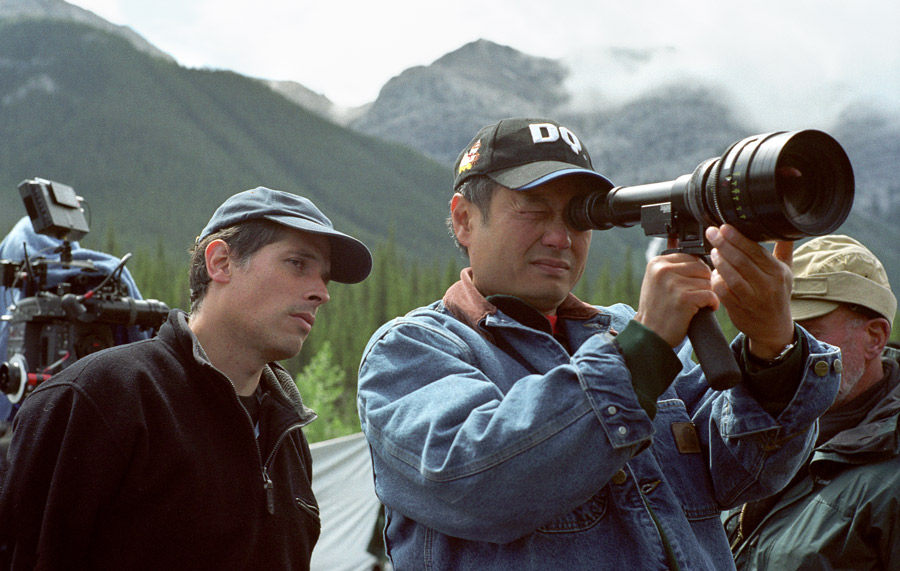 Rodrigo Prieto with Ang Lee on the set of Brokeback Mountain.

Born in Mexico, cinematographer Rodrigo Prieto rose through the Mexican film industry after graduating from Mexico City’s leading film school. His hard work paid off when his vibrant, emotional shooting style helped make Alejandro González Iñárritu’s Amores Perros a break-out Mexican film. Three years later, his soulful cinematic vision for Iñárritu’s first English-language feature 21 Grams helped make it an international success. He received his first of three Academy Award® nominations for his breathtaking cinematography for Ang Lee’s Brokeback Mountain. Prieto captures “the beauty and terror in nature that mirror the vivid and sometimes violent relationship between the two men [Jack Twist (Jake Gyllenhaal) and Ennis del Mar (Heath Ledger)],” exclaims Rolling Stone. Lee worked with Prieto a few years later to capture the silky suspense of Shanghai in 1942 in Lust, Caution. “I actually think the fact that I’m from Mexico means that I can bring something extra to the story,” explains Prieto. “Being a foreigner gives you a certain perspective,” Prieto notes. “You pay more attention to things that maybe someone from that culture doesn’t notice anymore.” 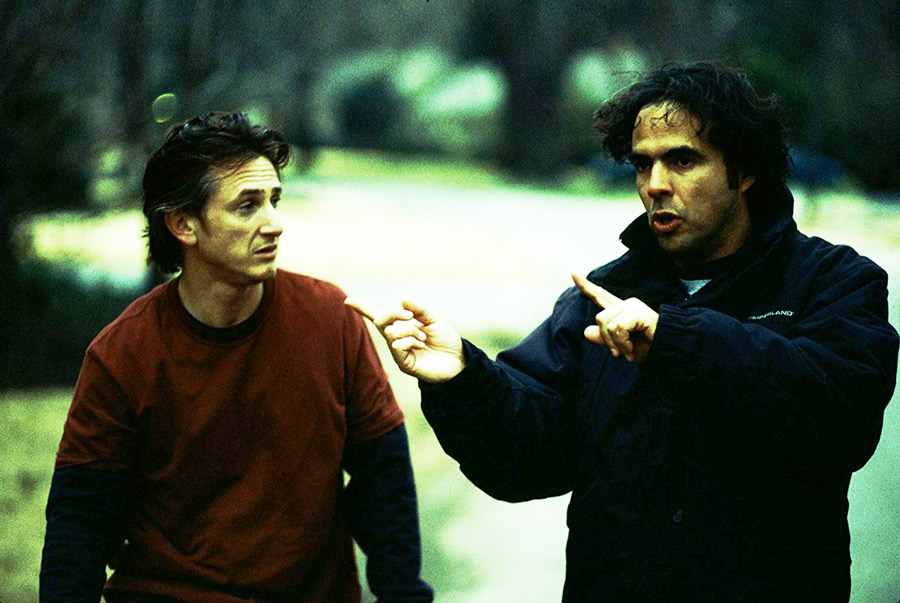 Sean Penn and Alejandro González Iñárritu on the set of 21 Grams.

After Alejandro González Iñárritu made an international splash with his debut feature, Amores Perros, Focus released the talented filmmaker's first English-language film, 21 Grams, in theaters. An enthralling philosophical puzzler starring Sean Penn, Naomi Watts, and Benicio Del Toro, 21 Grams proved a revelation to all. “The depths of intimacy plumbed here are so rarely touched by filmmakers that 21 Grams is tantamount to the discovery of a new country,” proclaimed The New York Times. This high praise proved more than warranted as Iñárritu went on to win the Academy Award® for Best Director two years in a row for later films. Throughout his career, Iñárritu has remained connected to his Hispanic roots. In 2019, when he was selected as the president of the prestigious Cannes Film Festival jury, he exclaimed, "being the first Mexican and just finding out, also the first Latin American, I couldn’t say 'no'!" 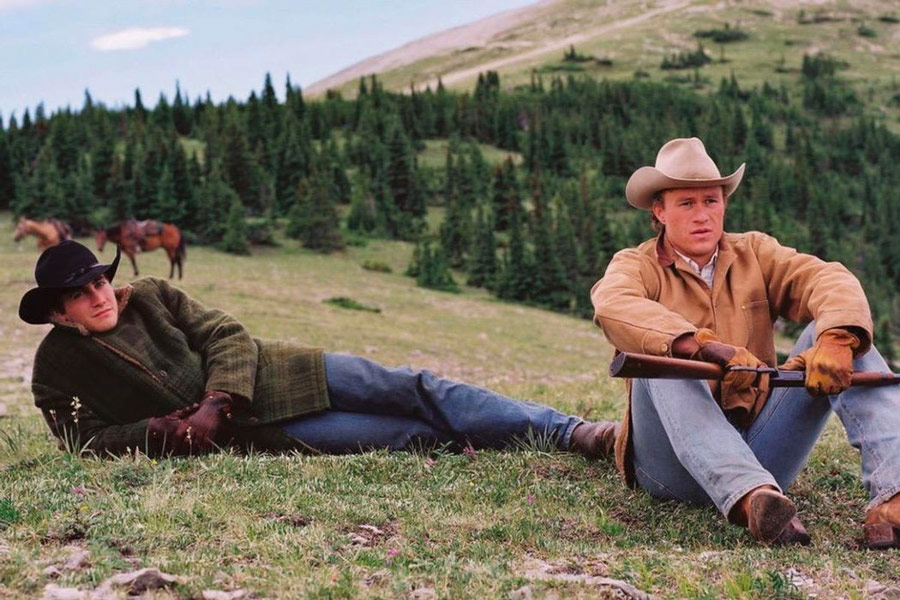 Born in El Palomar, Argentina, a town just outside of Buenos Aires, Gustavo Santaolalla started playing guitar at age five. By 1967, the fifteen-year-old Santaolalla formed Arco Iris, a band that fused Latin American sounds with rock. Years later he channeled the unique sound he forged early in his life into creating award-winning soundtracks for films like 21 Grams, The Motorcycle Diaries, and Brokeback Mountain. Rolling Stone wrote of his Oscar®-winning score for Brokeback Mountain that it captures “the beauty and terror in nature that mirror the vivid and sometimes violent relationship between the two men [Jack Twist (Jake Gyllenhaal) and Ennis del Mar (Heath Ledger)].” On winning the Academy Award® for Best Original Score, Santaolalla ended his speech by thanking "mi madre, my country Argentina, and all the Latinos.”

Watch The Motorcycle Diaries now on iTunes or Amazon. 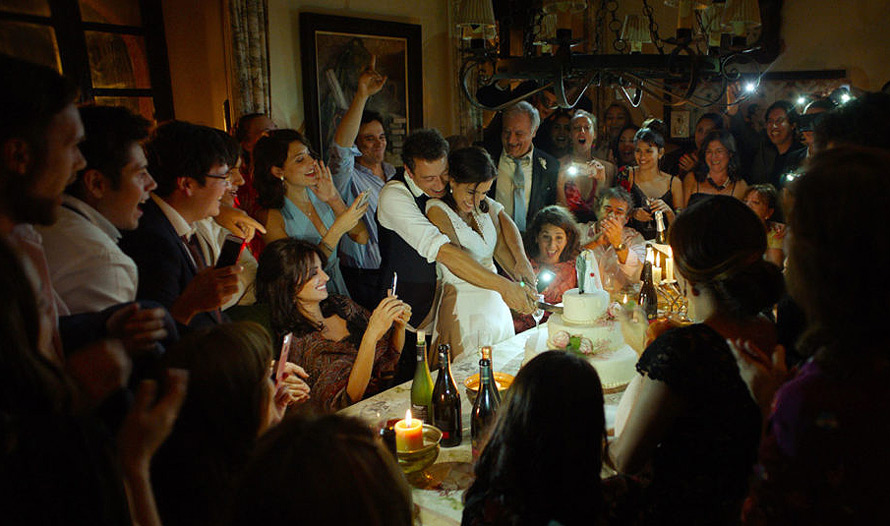 Sonia Grande dresses a village in Everybody Knows.

When two-time Iranian Oscar winner Asghar Farhadi decided to shoot his psychological thriller Everybody Knows with Penélope Cruz and Javier Bardem in Spain, he put together a top-notch local crew, including award-winning costume designer Sonia Grande. Starting with costuming films for iconic Spanish directors like Pedro Almodóvar and Alejandro Amenábar, Grande added English language comedies like Woody Allen’s Midnight in Paris and Vicky Cristina Barcelona to her resume. While her talent adds flair to high-concept American comedies like It’s Complicated, Grande also can bring authenticity and texture to a Spanish village in Everybody Knows. As a Spanish costume designer, she treats fashion as an international language: “I believe it [fashion] should be used in film—as a tool used by the director to tell a story, knowing that the wardrobe is not mere 'street clothing' but a narrative medium."

Watch Everybody Knows now on iTunes or Amazon. 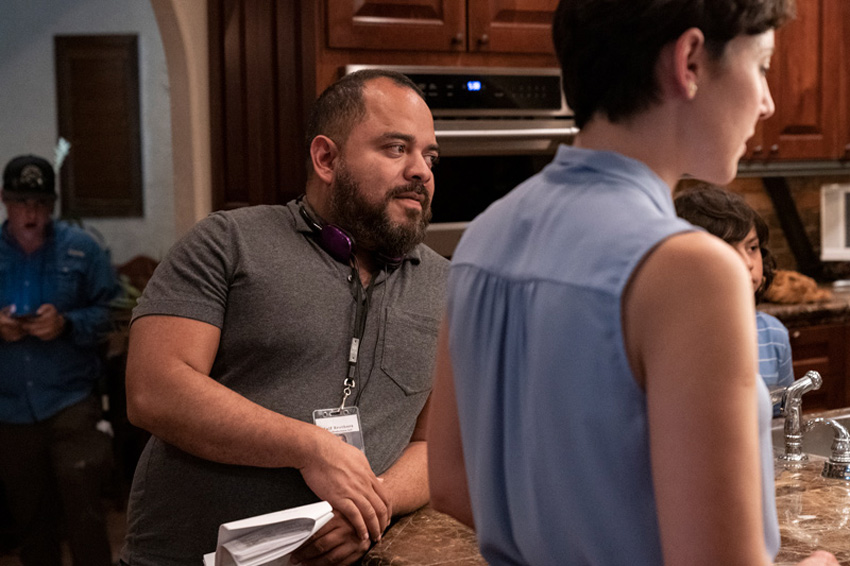 Eduardo Cisneros on the set of Half Brothers.

In co-writing Half Brothers, a comedy about how two long-lost siblings — Renato (Luis Gerardo Méndez) and Asher (Connor Del Rio) — reunite from opposite sides of the border, Eduardo Cisneros wanted to connect to his own experience having grown up in Mexico and living in the United States. “I was looking at what was happening in my life, being an immigrant,” explains Cisneros. Born and raised in Monterrey, Mexico, Cisneros moved to Mexico City to pursue a career as a writer. There he created two of that country’s most successful television series: XHDRBZ and La Familia P. Luche. His work writing the 2013 comedy blockbuster Instructions Not Includedn— which became North America’s highest-grossing Spanish-language film of all time — brought him to the United States. Like himself, he wanted Half Brothers to speak to both sides of the border. “It’s American, but it has the sensibility of a Mexican film/Mexican filmmakers,” notes Cisneros. ”It was about finding a common area that was personal and universal.” 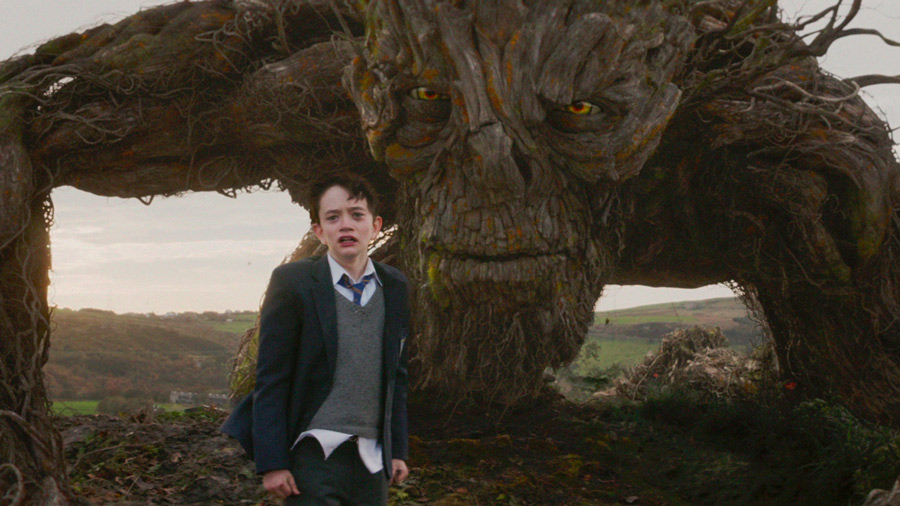 To mix the real with the fantastic in A Monster Calls, director J. A. Bayona turned to Mexican production designer Eugenio Caballero, who’d previously won an Oscar for his striking work in Pan’s Labyrinth. Bayona and Caballero “filtered through hundreds of designs” to come up with the right look for the imaginary tree-creature. "The most important thing was for the monster to be old, wise, and filled with great strength," says Caballero. His imaginative design garnered him multiple awards, including a Goya. Born and raised in Mexico City, Caballero studied the history of art and cinema before embarking on a career in production design. Since then he has brought his distinct imagination to all types of film forms from the fantasy of A Monster Calls to the realism of Roma to the poetry in Jim Jarmusch’s Spanish thriller The Limits of Control.

Watch A Monster Calls now on iTunes or Amazon.

Watch The Limits of Control now on iTunes or Amazon.