Mapping out Focus’s 2023 Films From Australia To Asteroid City

A diverse world of engaging and entertaining movies ahead

2023 is shaping up to be a stellar year for Focus Features. This year offers a remarkable group of filmmakers telling rich, diverse stories from around the world. There are stunning new voices like A Thousand and One’s A. V. Rockwell and Polite Society’s Nida Manzoor, as well as veterans like Bobby Farrelly and Wes Anderson. With seven films already on the slate—and many more to come—it looks to be a very entertaining year.

The official trailer for Of An Age

In 2022, writer/director Goran Stolevski's neo-horror masterpiece, You Won’t Be Alone, won international acclaim. Time Out proclaimed that “the film’s fearsome but ferociously beautiful heart marks the emergence of a rare and remarkable talent.” His new feature, Of An Age, shows off the same "ferociously beautiful heart." Its lyrical story about a budding ballroom dancer, Kol (Elias Anton), who falls into an unexpected 24-hour romance with his dance partner’s brother (Thom Green) won the prestigious CinefestOZ award in 2022. The Guardian has already named it “a modern queer classic” for the way “Stolevski imbues his characters with such lived-in specificity that we can’t help but be swept away.”

The official trailer for Inside

Vasilis Katsoupis’s debut feature Inside stars Willem Dafoe as an art thief who is trapped inside a New York City penthouse when his heist goes awry. Noting the star's history of remarkable films and performances, Movie Web predicts that “Willem Dafoe's Performance in Inside Is One to Look Forward To.” In addition, the story hits home for modern audience. As Kiska Higgs, Focus Features’ President of Production & Acquisitions, explains, “Vasilis’s thought-provoking film explores an experience we’re all now familiar with—isolation—and explores it in a visually stunning way.”

The official trailer for Champions

Filmmaker Bobby Farrelly and Woody Harrelson, who teamed up to make the 1996 comedy classic Kingpin, reunite for another heartwarming, comic sports movie, Champions. Harrelson plays a minor-league basketball coach whose flagging career finds new direction when he is court-mandated to coach a team of players with intellectual disabilities. The film also stars Ernie Hudson, Kaitlin Olson, Cheech Marin, and a truly remarkable group of actors with intellectual disabilities who make up the team. 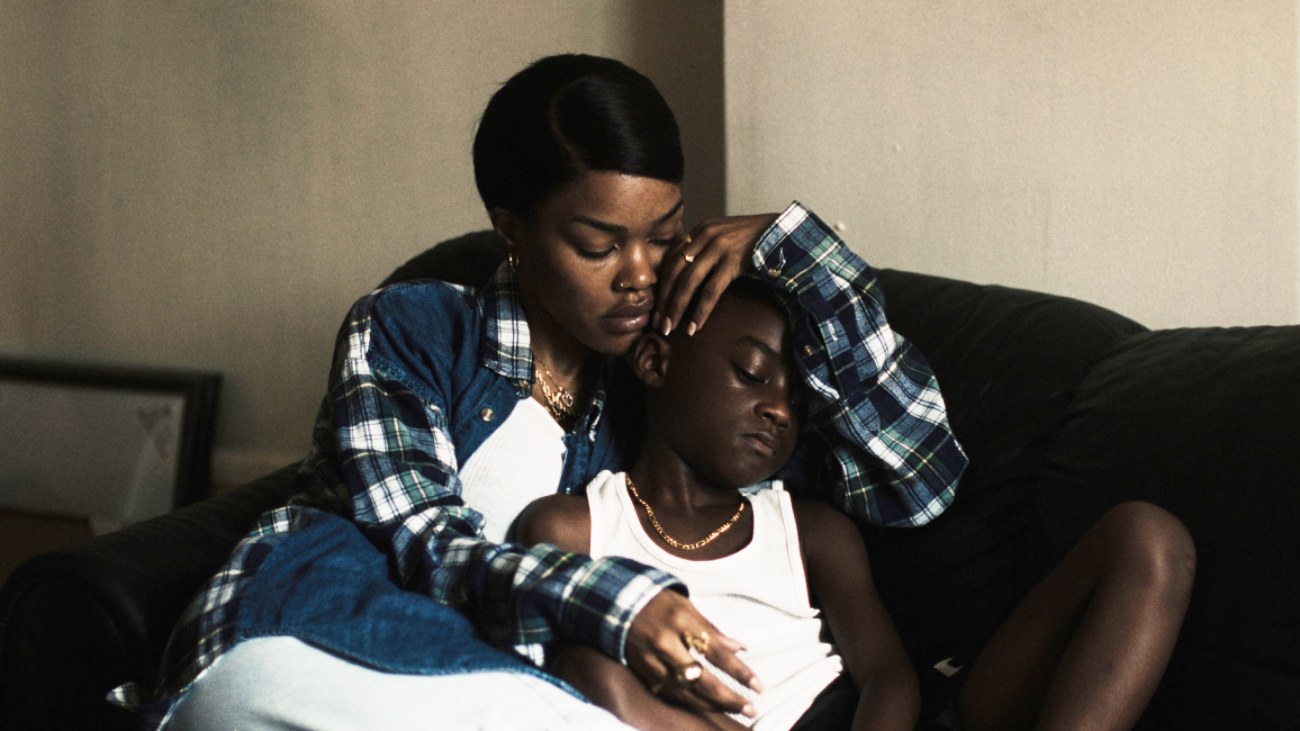 Teyana Taylor and Josiah Cross in A Thousand and One

Teyana Taylor stars as a mother who kidnaps her 6-year-old son from the foster care system as a necessary crime to reclaim her home, identity, and stability in New York City in writer/director A. V. Rockwell’s feature debut A Thousand and One. After premiering at the 2023 Sundance Film Festival, A Thousand and One will open in theaters on March 31. Rockwell, who was chosen as one of Filmmaker Magazine’s 25 New Faces of Independent Film, wrote a screenplay that, recalls Focus Features Chairman Peter Kujawski, “absolutely floored us with its insights, emotions and humanity.” 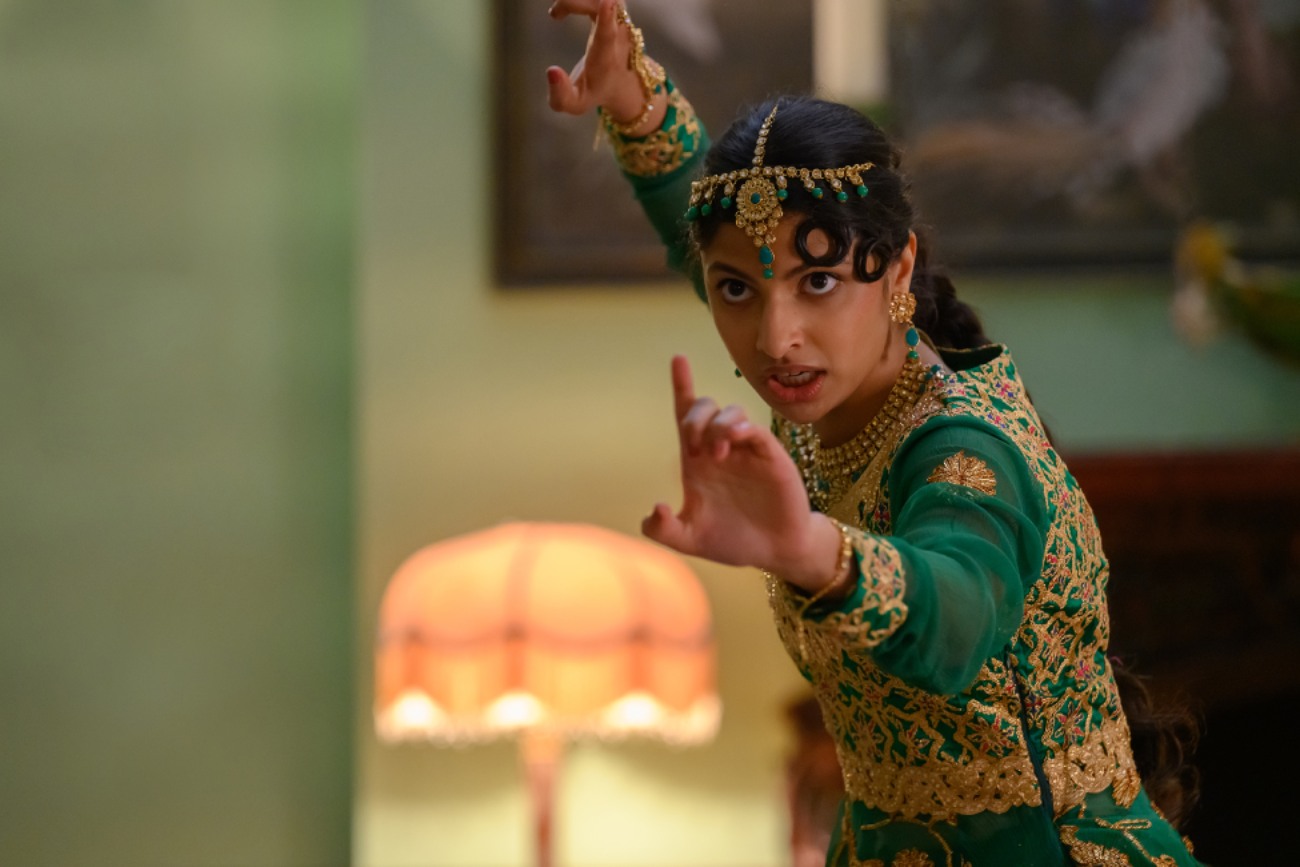 Nida Manzoor’s mad-cap martial arts triumph, Polite Society, follows the adventures of Ria Khan (Priya Kansara), a London school girl and soon-to-be world-class stunt woman who is determined to save her sister Lena (Ritu Arya) from a potentially disastrous marriage. Polite Society, which will premiere at the 2023 Sundance Film Festival, is the feature debut of writer/director Nida Manzoor, who also created the award-winning TV series We Are Lady Parts. Focus’ Kiska Higgs explains that Polite Society “brings so many of our favorite things to screen: Girls behaving badly, women behaving worse, teaming up with your best mates to possibly ruin your sister's life and, of course, kung fu."

The official trailer for Book Club: The Next Chapter

Diane Keaton, Jane Fonda, Candice Bergen, and Mary Steenburgen, the stalwart members of the 2018 comedy hit, Book Club, are back for Bill Holderman’s Book Club: The Next Chapter. For The Next Chapter, the literary ladies take off for Italy, the home of Dante, Ferrante, and a bevy of new hunks to date. The film also stars Craig T. Nelson, Andy Garcia, and Don Johnson, who quipped, “Those girls are tougher than they look. They might kick my ass, but you're going to have fun.”

Wes Anderson’s Asteroid City promises to be one of the 2023 biggest movie events. In 1955, students and parents gather for the Junior Stargazer convention in a fictional desert town. For Asteroid City, Anderson has brought together a truly epic cast that includes Tom Hanks, Tilda Swinton, Adrien Brody, Margot Robbie, Jason Schwartzman, Scarlett Johansson, Bryan Cranston, Jeffrey Wright, Steve Carrell, Fisher Stevens, and many, many more. Stevens, who has appeared in three of Anderson’s previous films, exclaimed, “I can tell you it’s probably the best, the wildest cast since The Bridge on the River Kwai… it’s going to be quite an extravaganza.”

Pack your bags for Greece when Nia Vardalos returns with My Big Fat Greek Wedding 3, the third installment of her internationally successful franchise.