Adamma Ebo’s Honk for Jesus. Save Your Soul. Deftly Juggles Church And Comedy

And four other seriously funny films

Adamma Ebo’s feature directorial debut, Honk for Jesus. Save Your Soul., uses the mockumentary genre to shine a light into the workings of a southern megachurch in crisis. To counter allegations that have shut down the church pastor, Lee-Curtis Childs (Sterling K. Brown), and his wife, Trinitie Childs (Regina Hall), attempt to produce a documentary which will testify to their faith and fervor. Unfortunately it also gives us a comic glimpse into their failings.

For filmmaking sisters, Adamma and Adanne Ebo, Honk For Jesus. Save Your Soul. was never a satire of established religion. “We wanted to make sure that these characters never felt like caricatures,” explains Adamma. “This is very real for these people.” Having grown up in this world, the filmmakers wanted to share in a sharp, comical way their own divine reckoning. “There was so much about it that we really connected to, like the music,” says Adamma. “But a lot of the time, the messages felt pretty backward and archaic.” In steering this comic path, the two created a movie that is both razor sharp and deeply sincere. Noting how one character testifies that what she “loves so much about church is the theater of it all,” Indiewire exclaims that “Ebo delivers on that affection with her own divine sermon, more than worthy of our praise.”

Bringing comedy to serious subjects is complex. For Little White Lies, Honk for Jesus. Save Your Soul. “refuses to preach to us, instead using comedy as a chisel, slowly chipping away at Evangelical hypocrisy.” With Honk for Jesus. Save Your Soul. coming to theaters on September 2, we look at other comedies that find their humor while also taking their subjects seriously.

Get tickets now for Honk for Jesus. Save Your Soul.

The official trailer for Honk for Jesus. Save Your Soul.

Emerald Fennell won the Academy Award® for Best Original Screenplay for her incendiary comedy, Promising Young Woman, about consent and sexual assault. In the film, Carey Mulligan plays Cassie, a woman whose dreams of being a doctor are cut short when a friend is victimized during medical school. To process her rage, Cassie devises elaborate and cunning scenarios to bring male abusers to justice. In her quest for justice, however, Cassie finds her own path growing increasingly unclear. Like her heroine, Fennell creates an ingenious style to disarm viewers about how to deal with such a complicated subject. Funny, fun, and filled with infectious pop tunes the film invites viewers in with its comedy. “It’s a sort of beautifully wrapped candy, and when you eat it you realize it’s poisonous,” says the film’s star, Carey Mulligan. The genius of Fennell is for many how the humor provides a double-edge sword. “The fun, stylish, enjoyable elements of the film are revealed to be a lavish Trojan horse for a cinematic primal scream,” exclaims Empire. 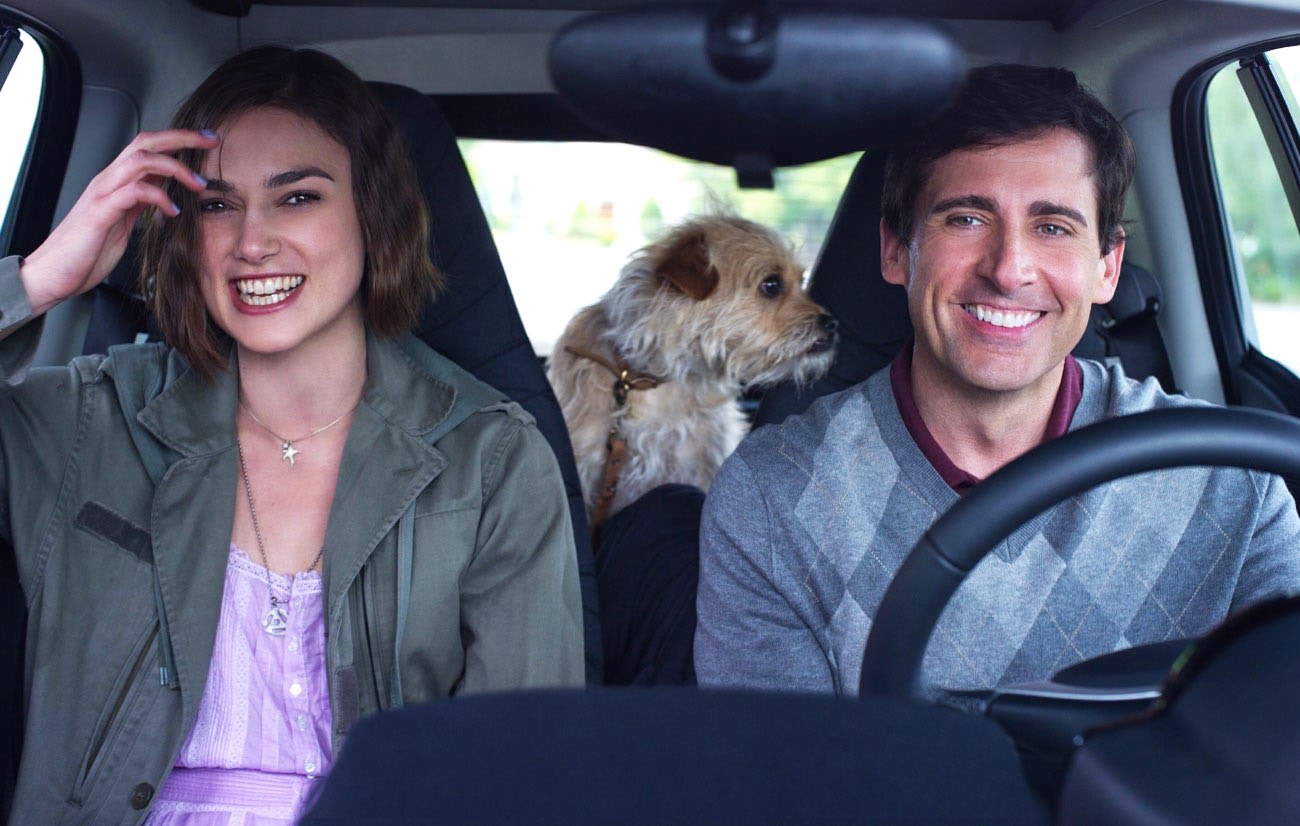 Seeking a Friend for the End of the World

What’s so funny about the apocalypse? It turns out quite a bit in Seeking a Friend for the End of the World, Lorene Scafaria’s rom com about a pair of strangers finding comfort and comedy in the face of total annihilation. With a meteor hurtling towards Earth, Dodge (Steve Carell) and Penny (Keira Knightley) take off on a road trip to tie up loose ends. Along the way, they encounter a brightly colored parade of human folly and fun brought hilariously to life by the likes of Patton Oswalt, Connie Britton, Rob Corddry, Gillian Jacobs, T.J. Miller, and Melanie Lynskey. “You find these moments of humor in the darkest hours,” explains Scafaria. “It was always just so important to me that those moments can collide.” Despite its side-splitting antics, the film, as Gizmodo points out, “never cheats you with false optimism about the fate of the world.” “In the face of ultimate tragedy,” The Observer notes, “There is room for tears, mixed with unexpected humor.”

Watch Seeking a Friend for the End of the World now on iTunes or Amazon. 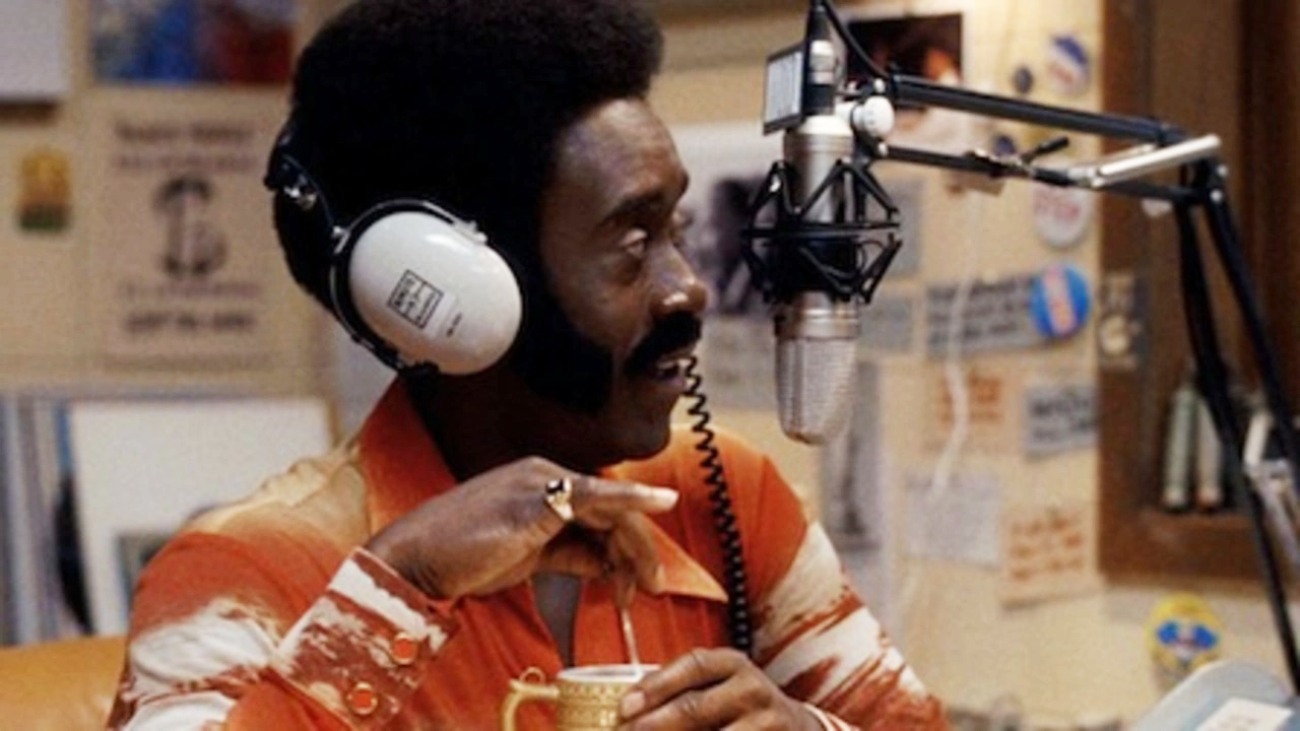 Don Cheadle as Petey Greene in Talk to Me

Kasi Lemmons’ Talk to Me portrays the remarkable life and times of Ralph “Petey” Greene, an outrageous radio personality who spoke his own brand of truth during the civil rights era. In the course of the film, Greene (Don Cheadle) emerges as an unforgettable and mercurial figure, a man equally capable of evoking hilarious radio mayhem as a shock jock as providing the voice of reason during the riots in the nation’s capital. Lemmons wanted the film to reflect the full range of Greene’s bigger-than-life personality. “As a director, it’s the most fun you can possibly have, especially switching it very quickly from comedy to drama,” the filmmaker explains. When the radio personality’s uproarious antics are cut short one afternoon by the assassination of Martin Luther King Jr., Greene shows the full measure of his experience by staying on the radio to talk to people about the horrendous event and the ensuing riots. For NPR, “in its wrenching shift from farce to tragedy…the film tells it like Petey Green would have.”

Watch Talk to Me now on iTunes or Amazon

The official trailer for Talk to Me 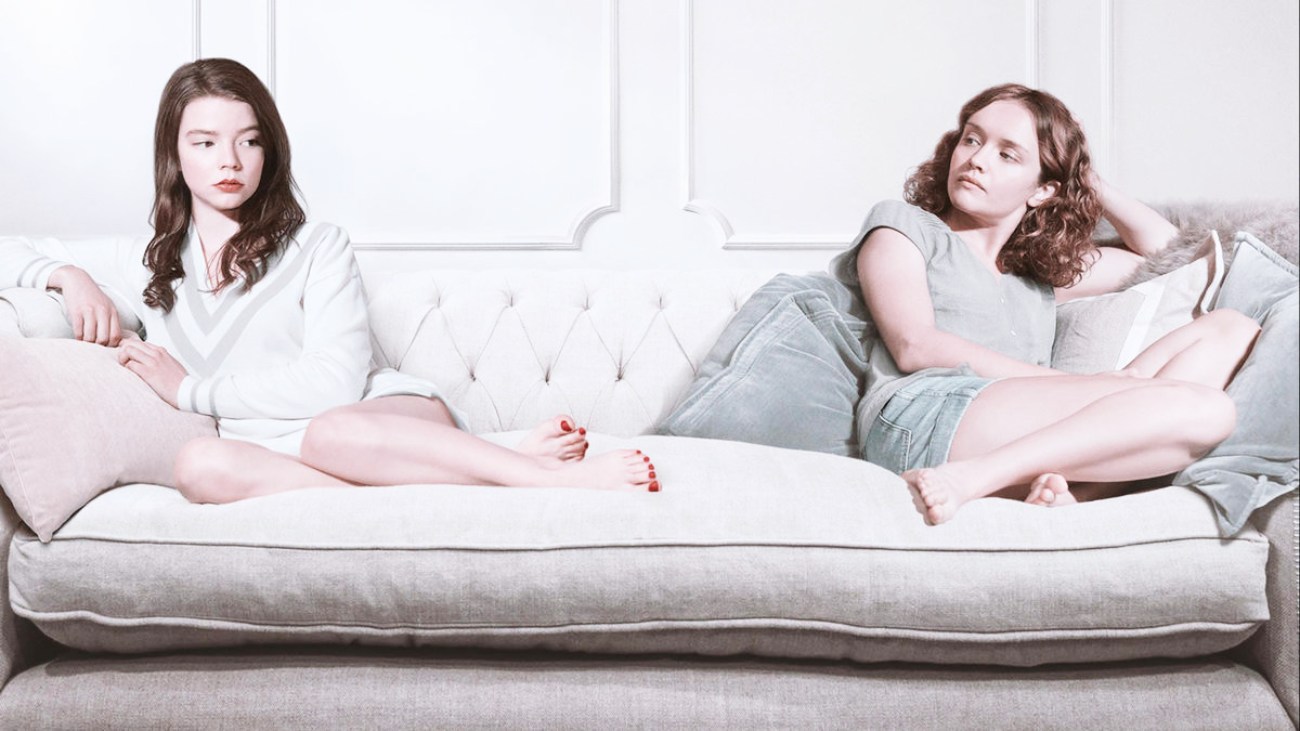 In Thoroughbreds, writer/director Cory Finley finds the very dark humor in a tale of two high school students—Amanda (Anya Taylor-Joy) and Lily (Olivia Cooke)—plotting the murder of one of their stepfathers. The two girls, who’d previously been close, are suddenly reunited when Amanda’s mother pays Lily to hang out with her antisocial daughter under the ruse of tutoring her. Soon the talk of mentoring turns to murder as the two come up with a plan to blackmail a local drug dealer (Anton Yelchin) to kill Lily’s abusive stepfather. Describing his film as “an engine for comedy and social commentary,” Finley wanted to “encourage enough sympathy for the characters that audiences feel invested in.” Newcomer Finley got the recipe for mixing humor and homicide just right. For Indiewire, this “mind-boggling confident first feature is a pitch-black comedy about the danger of being around people of privilege when they first start to figure that out.”

The official trailer for Thoroughbreds