In Harriet, Cynthia Erivo Bring To The Screen A Necessary History Lesson

On November 1, 2019, Kasi Lemmons’s Harriet became the first feature-length film on the celebrated American hero Harriet Tubman. Tubman’s story languished in development for years, like those of so many great African American figures. Producers and screenwriters were told to wait for the right time. For Black History Month this month, we are showcasing how various Focus films both brought to the screen essential lessons in the African American saga and made history themselves by getting those stories told. This week, we’re taking a look at Kasi Lemmons’s Harriet, with more to come. 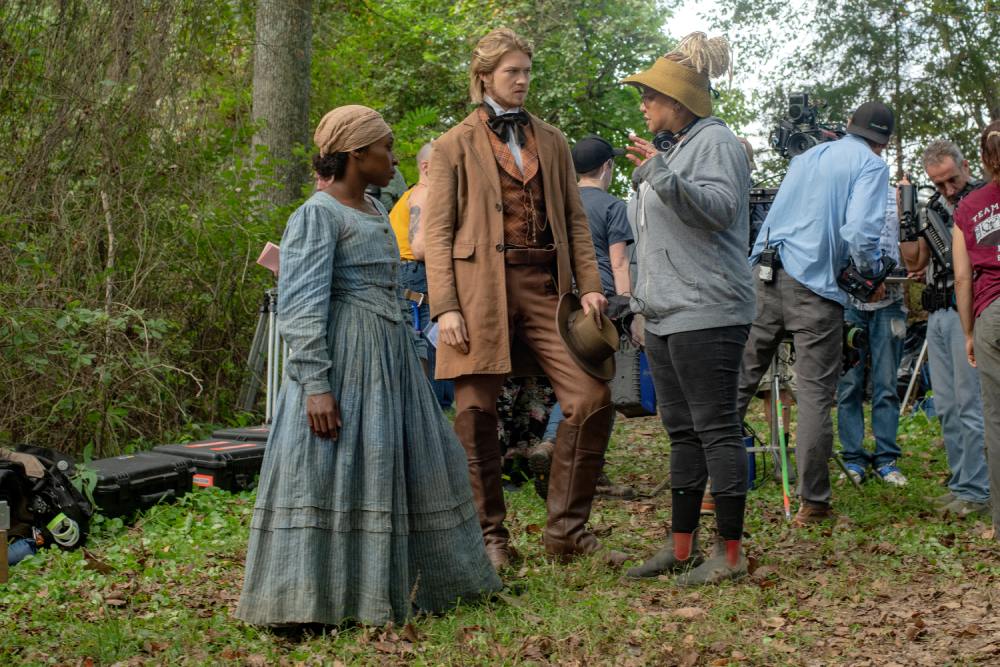 Kasi Lemmons directs Cynthia Erivo and Joe Alwyn on the set of Harriet.

In 1994, screenwriter Gregory Allen Howard first scripted the story of Harriet Tubman for another studio, but that screenplay was never made. The script made the rounds at studios, with one studio head even exclaiming, according to Howard, “This script is fantastic. Let's get Julia Roberts to play Harriet Tubman.” While Howard had a successful screenplay writing career, he never gave up on Harriet. “This film is my valentine to Black women,” explains Howard, “I wanted them to be able to go to the movies on Saturday and see this young Black woman take on this incredible power structure and triumph over it.”

Despite her historical importance and legendary status, Tubman, as the Smithsonian Magazine points out, “rarely received the level of scholarly attention afforded to similarly iconic Americans.” For many, the failure of Hollywood to tell Tubman's story seemed inexplicable. Repeatedly asked why there wasn’t a film about Harriet Tubman, The New York Times film critic A. O. Scott was flummoxed. “Tubman’s remarkable biography has all the right elements,” explained Scott, “Danger, surprise and the kind of against-all-odds heroism that brings people to the movies.” Born into slavery, Tubman escaped to freedom in 1849. Determined to help others, she risked her life as a conductor on the Underground Railroad over and over again to bring over 70 others to the North. 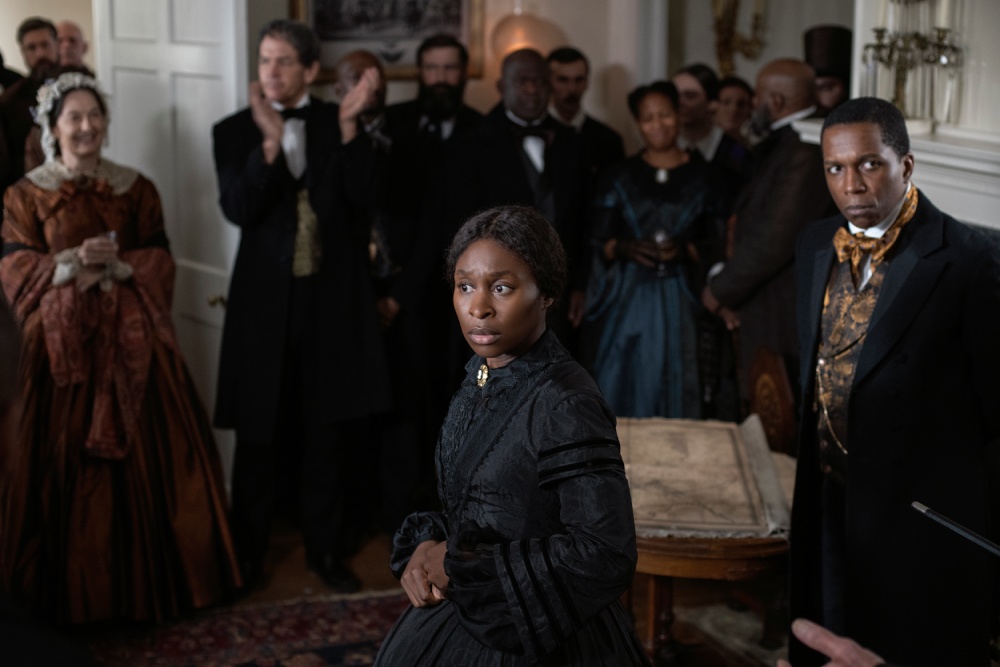 The history-making cast of Harriet.

Not until 2019 did the right team assemble. Kasi Lemmons directed a remarkable cast that included Leslie Odom Jr., Joe Alwyn, Janelle Monáe, and most importantly Cynthia Erivo as Harriet. Erivo went on to receive an Academy Award® nomination for her searing performance. For Erivo, telling Harriet’s story was both an act of recovering the past and reclaiming the future. “We need a story of strength,” Erivo exclaimed. “We need a story where a woman in the center is changing things for the better.” And for many, Harriet not only brought to the screen a story that has long needed to be told but did it in a way that changed our vision of the past. As The Guardian points out, “Lemmons’s achievement is to tell a story that does not accept slavery as a tragic and immutable fact, and to dramatize the people who took action against it.”