Pope Francis – A Man Of His Word

On March 13, 2013, the Cardinal of Buenos Aires, Jorge Mario Bergoglio, became the two hundred and sixty-sixth pontiff of the Catholic Church. He is the first pope from the Americas, the first from the Southern hemisphere, the first Jesuit as bishop of Rome, but most of all the first pope to have chosen the name of Francesco, after Saint Francis of Assisi (1181-1226), one of the most revered Christian saints and reformers who dedicated his life to “Sister Poverty” and to a deep love of nature and all living beings on “Sister Mother Earth”.

Pope Francis - A Man of His Word, written and directed by three-time Academy Award® nominee Wim Wenders, is intended to be a personal journey with Pope Francis, rather than a biographical documentary about him. A rare co-production with the Vatican, the pope’s ideas and his message are central to this documentary, which sets out to present his work of reform and his answers to today’s global questions from death, social justice, immigration, ecology, wealth inequality, materialism, and the role of the family.

The film’s direct-to-camera visual and narrative concepts engage the audience face-to-face with the pope, creating a dialogue between him and, literally, the world. Taking questions from people of all walks of life, Pope Francis responds to farmers and workers, refugees, children and the elderly, prison inmates, and those who live in favelas and migrant camps. All of these voices and faces are a cross section of humanity that join in a conversation with Pope Francis.

While this “symphony of questions” provides the backbone for the film, it also shows the pope on his many journeys around the world, with footage of him speaking at the United Nations, addressing the Congress of the United States, mourning with those gathered at Ground Zero and at Yad Vashem, the World Holocaust Remembrance Center in Jerusalem. He speaks to prisoners in correctional facilities and to refugees in Mediterranean camps. We see him travel to the Holy Land (Palestine and Israel) as well as to Africa, South America and Asia.

Throughout the film, Pope Francis shares his vision of the Church and his deep concern for the poor, his involvement in environmental issues and social justice, and his call for peace in areas of conflict and between world religions. There is also a presence of Saint Francis in the film, connecting back to the pope’s namesake, through accounts of legendary moments in the Saint’s own life as a reformer and ecologist.

In an era of deep distrust of politicians and people in power, when lies and corruption and alternative facts are the order of the day, Pope Francis - A Man of His Word shows us a person who lives what he preaches and who has gained the trust of people of all faith traditions and cultures across the world. 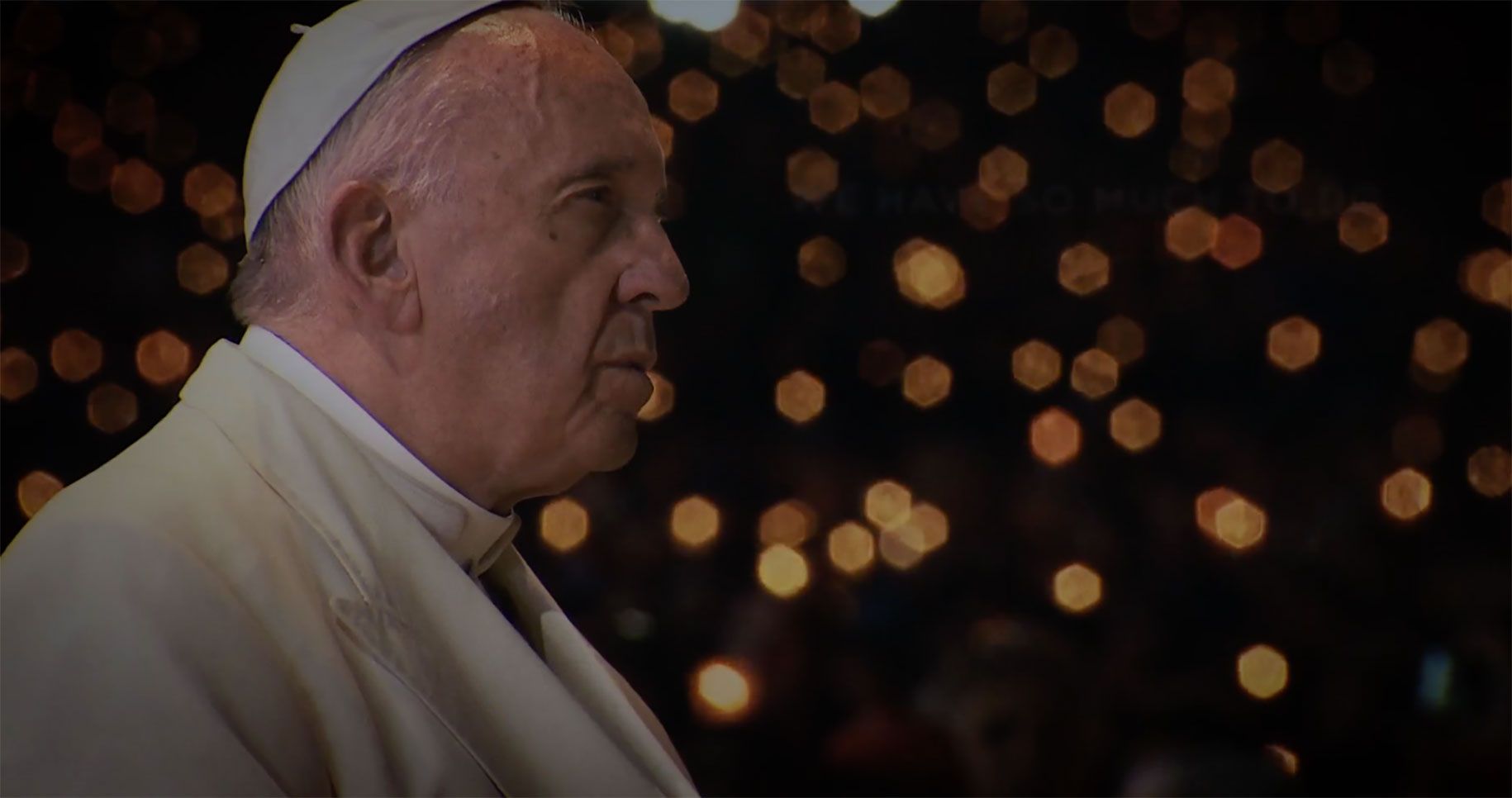 About the Film
Video | Official Trailer: Pope Francis - A Man of His Word
Close
Close