Get Smart: Have A Safe Shaun Of The Dead Halloween Party

Halloween brings two of our favorite things—horror films and tasty delights. While many of us may not be out trick-or-treating this Fall, we can still treat ourselves. For Halloween films, there’s nothing better than Edgar Wright’s Shaun of the Dead, his zom-com classic featuring Shaun (Simon Pegg) and his mate Ed (Nick Frost) fighting off a zombie apocalypse with a cricket bat and pint from their local pub. (You can win both the pint glass and bat as part of Focus Insider's Shaun of the Dead prize package). What goes better with a night with the living dead than a delicious dollop of brains. While social distancing prohibits using actual brains this year, we’ve found a trove of sweet and savory brain-shaped food recipes for you and friends to create. Stream Shaun of the Dead from the comfort of your own home while showing off your scrumptious smart food to your friends via your favorite video chat.

Watch Shaun of the Dead now on iTunes or at Amazon. 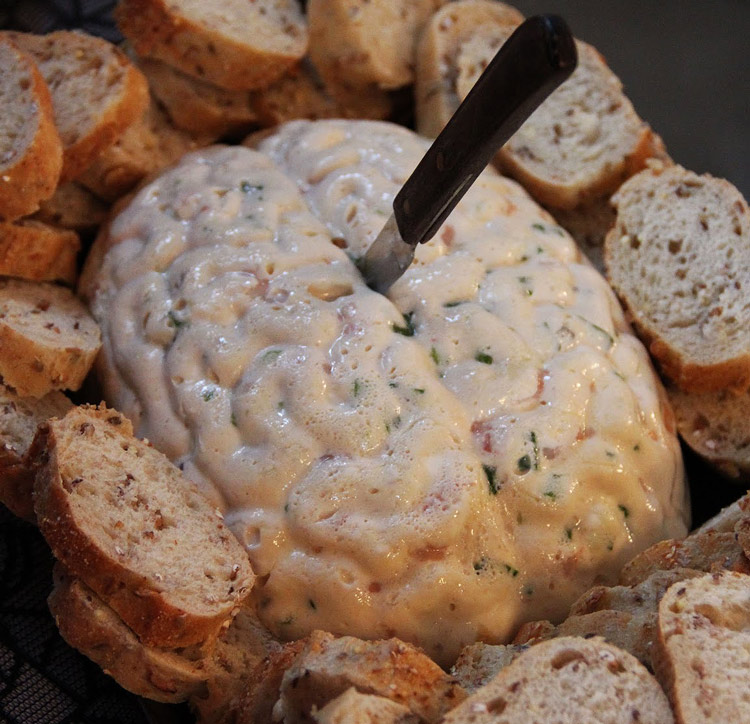 Before the film, as you’re swapping your favorite Shaun of the Dead scenes with your friends over video chat, whet your appetite with this lovely hors d'oeuvre. Jo and Sue’s Brain Dip mixes together cream cheese, mushroom soup, shrimp, and more to fit inside a brain mold for a treat that no zombie could resist. Spread on bread, crackers, and any spare body part. Just be aware, as Jo and Sue warn, “if you are squeamish around gross Halloween food you probably won't survive the brain.” This is exactly the sort of repast that John the Barman (Steve Everson)  might serve at the Winchester if it had a happy hour. 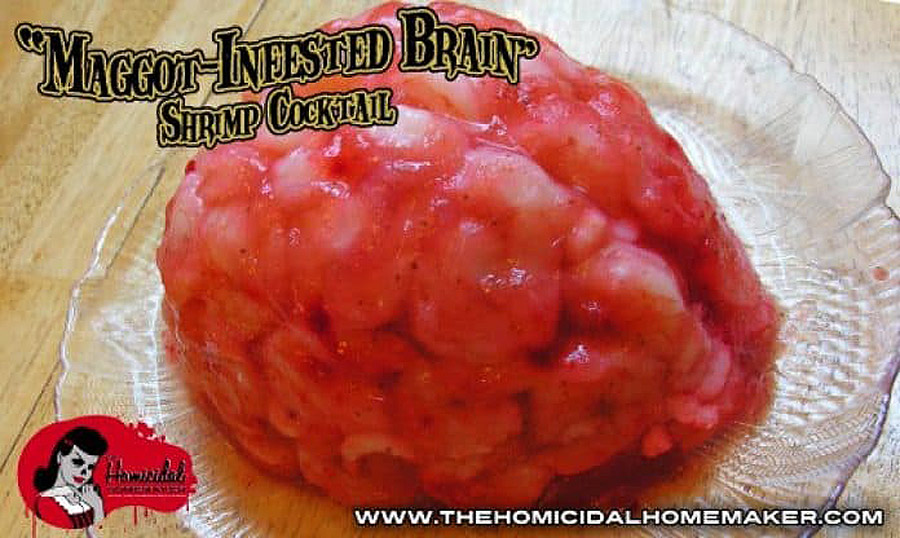 While Shaun and Ed might not be notable homemakers, I’m sure they would have loved The Homicidal Homemaker Halloween starter. Her diabolically delicious dish Maggot Infested Brain Shrimp Cocktail “is not for the faint of heart or weakest stomachs.” But it is spot on for your October 31 bash. Teeming with large and bay shrimp, this mold takes a life of its own as your dig in. The mini crustaceans jiggling in the gelatin appear to be wriggling maggots. Delish. 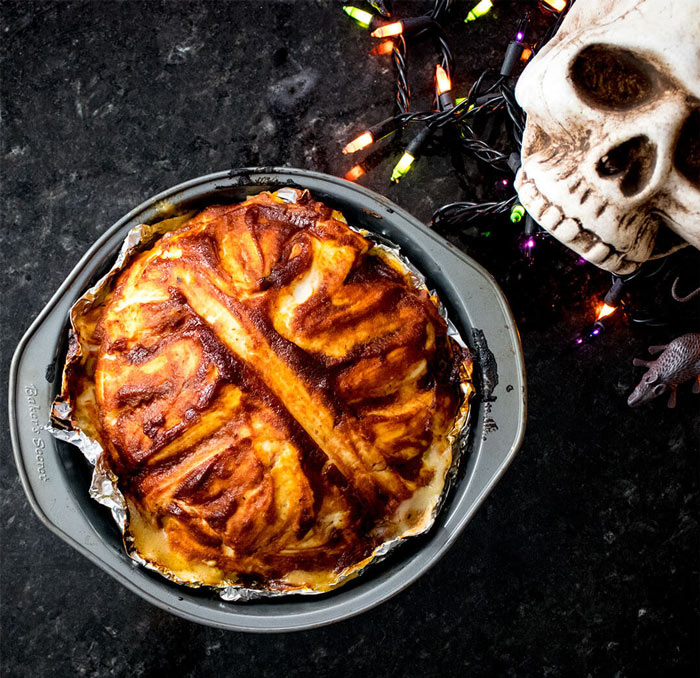 It’s hard to imagine that Shaun’s mom Barbara (Penelope Wilton) didn’t serve meatloaf for her son growing up. In time for Halloween, Felicia, aka the Starving Chef, has transformed this traditionally heart-warming dish into her Oozing Meatloaf Brain, an entrée hearty enough to sate the most ravenous zombie. To create this treat, you layer ricotta, meatloaf, and mozzarella before covering the heady mix with a mashed potato shell. If you spill some of its spicy blood sauce on you, don’t worry. Someone will be kind of enough to mention, “You’ve got some red on you.” 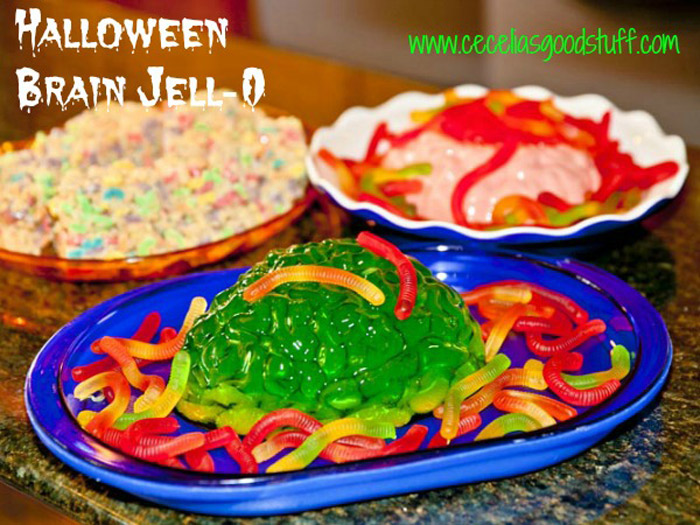 While it would be traditional to satisfy your Shaun of the Dead sweet tooth with a freshly opened Cornetto, Cecelia Dardanes’ green Brain Jell-o dish is a worthy Halloween substitute. For her, it’s “super easy, super creative and super delicious! You can’t beat that!” As with most gelatin molds, you are free to add whatever you want into the mix—marshmallows, fruit, eye balls, bones. Cecelia has added some candy worms as accoutrements, but use your imagination and what's left in the fridge or buried in the backyard to fill out the plate.