Innovation And Imagination: The Audacity Of Wolf

And five other films that rewrite the rules

In Wolf, filmmaker Nathalie Biancheri explores a startling premise with an innovative cinematic style. At a special hospital, nicknamed the zoo, the head doctor (Paddy Considine) specializes in species dysphoria, a condition in which one believes him- or herself born into the wrong species. Recently committed to the zoo for believing himself a wolf, Jacob (George MacKay) struggles to comprehend the deep instinct that pushes him towards his animal self. A woman (Lily-Rose Depp) who believes herself to be a wildcat tries to help him find his true identity. As this strange new world unfolds, the film raises complex and compelling questions about human nature and our connection to the animal world. For Indiewire, Wolf provides “a deeply empathetic, thought-provoking film rife with more universal questions.”

With Wolf coming to theaters on December 3, we are spotlighting Biancheri’s bold imagination by highlighting other films which have enriched our imaginations with their innovative approaches.

Get Tickets to Wolf now.

The official trailer for Wolf.

Eternal Sunshine of the Spotless Mind

In Eternal Sunshine of the Spotless Mind, director Michel Gondry brings Charlie Kaufman’s mind-bending, Academy Award®-winning screenplay to life in an innovatively poetic way. In this bewitching, sci-fi romantic comedy, Joel Barish (Jim Carrey) seeks to have his memories of his ex-girlfriend Clementine (Kate Winslet) erased after he learns that she has done that to him. Midway through the memory-erasure procedure, however, Barish realizes that his memories are too precious to let go of. Deploying low-fi special effects and high-brow ideas, Gondry, according to AV Club — which named Eternal Sunshine the best movie of the ‘00s — “captures a moment that’s quintessentially of the 21st century, and yet timeless.” By changing our expectations of what a love story can be, Eternal Sunshine becomes for Entertainment Weekly “the first movie I’ve seen that bends your brain and breaks your heart at the same time.”

Watch Eternal Sunshine of the Spotless Mind on iTunes or Amazon. 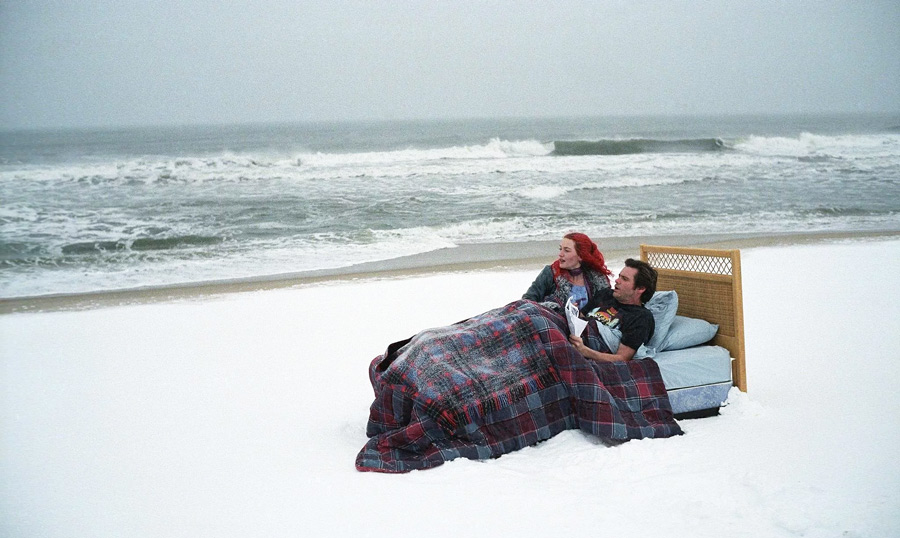 Kate Winslet and Jim Carey in Eternal Sunshine of the Spotless Mind. 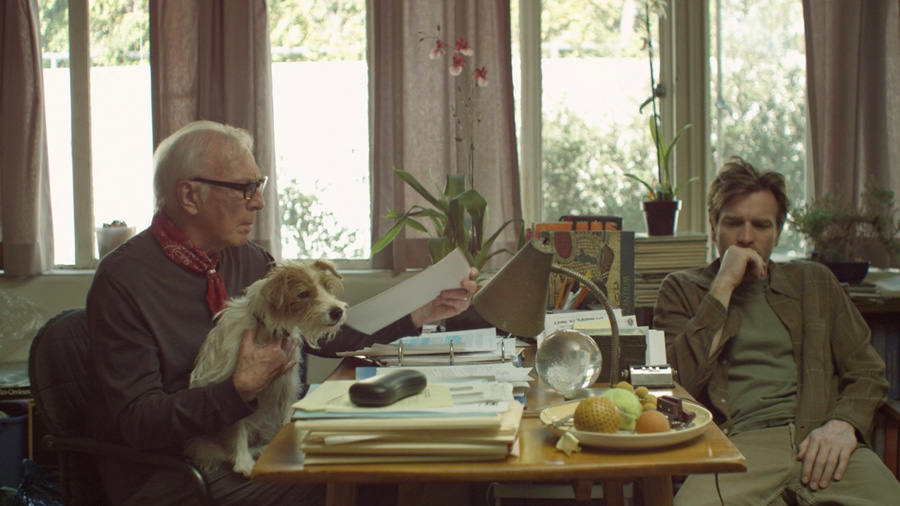 After his father died, filmmaker Mike Mills sought to create a different type of movie about love, loss, and the legacy left to us by our parents. Culling through archival images, family albums, and his own life, Mills decided to lay everything on the table. As he told Interview Magazine, “everything I want and love, and everything I do, I’m putting in this movie.” In Beginners, he intercuts two stories — one about a graphic designer, Oliver (Ewan McGregor), dealing with his 75-year-old dad, Hal (Christopher Plummer), coming out as a gay man, even as his health is deteriorating; the other about Oliver falling falling in love with a French actress, Anna (Mélanie Laurent). While the story is deeply personal, Mills, according to Variety, “sheds all preciosity in service of genuinely revealing introspection.” Indeed, for USA Today, Mill’s innovative inclusion of illustrated essays, talking dogs, and original animation, creates a film “at once melancholy, hopeful and endearingly original.”

Watch Beginners on iTunes or Amazon.

The official trailer for Beginners. 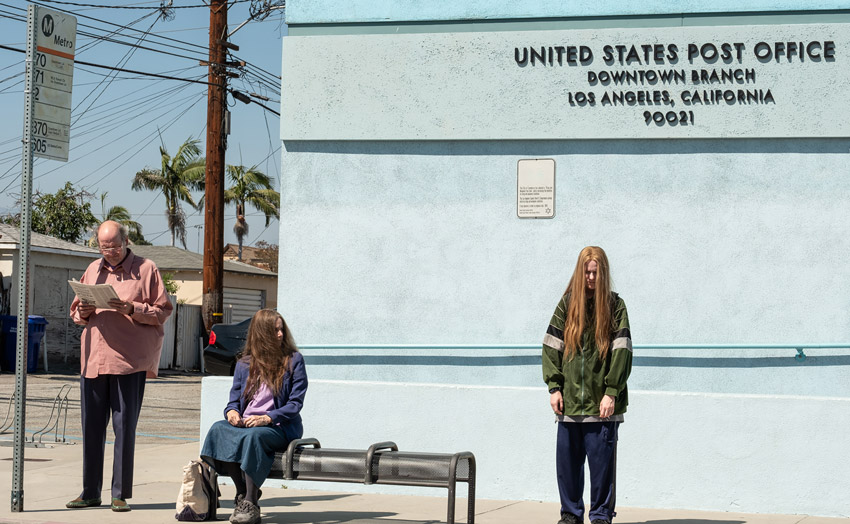 With Kajillionaire, Miranda July, one of the most original cinematic artists working today, creates a wondrous tale that, as Empire puts it, “starts with a con and ends with a connection.” Reshaping the heist genre to fit her unique imagination, July crafts an unexpected coming-of-age tale of a young woman, Old Dolio (Evan Rachel Wood), who, born into a family of low-level grifters (Richard Jenkins and Debra Winger), discovers her own destiny with the help of a stranger (Gina Rodriguez). “It’s an emotional heist story — something that ultimately dealt with parenting and re-parenting and birth and rebirth and love and intimacy,” July explains. Shot in a Los Angeles at once familiar and totally alien, Kajillionaire provides, according to Coming Soon, “a moving, hilarious, and truly original work of art” 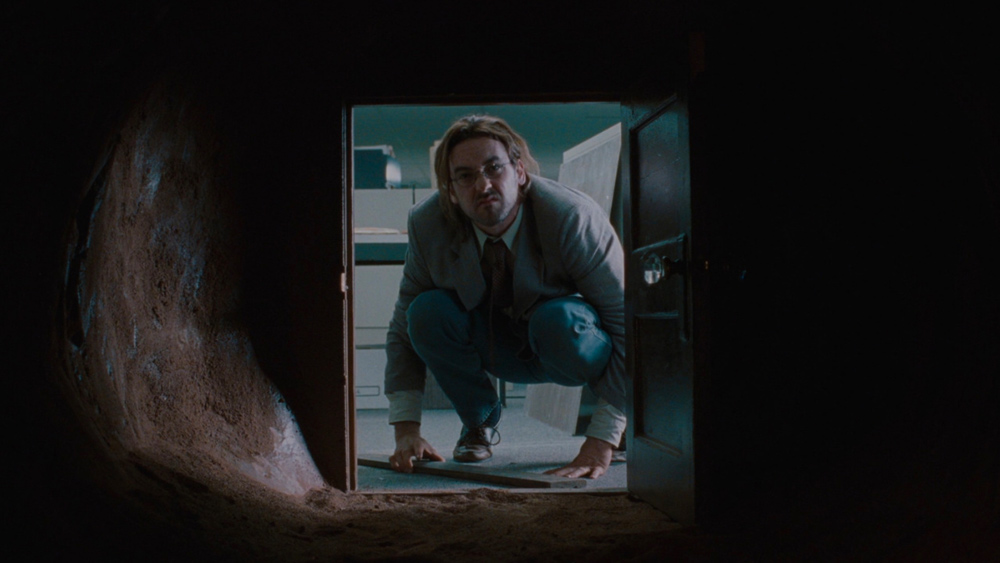 John Cusack in Being John Malkovich.

In Being John Malkovich, director Spike Jonze and screenwriter Charlie Kaufman concoct an unbelievable yarn that turns our fascination with celebrity culture literally inside out. An unemployed puppeteer, Craig Schwartz (John Cusack) quickly learns that his new job is on a half-sized floor between the 7th and 8th level of the Mertin-Flemmer building in NYC. That isn’t even the weirdest thing about his new office. A side door opens onto a tunnel that leads into the mind of John Malkovich. Soon, not only Schwartz’s wife Lotte (Cameron Diaz), and a woman from the office, Maxine (Catherine Keener), but his mysterious new boss, Dr. Lester (Orson Bean), are all vying for a chance to be John Malkovich. “What an endlessly inventive movie this is!” exclaims film critic Roger Ebert. “Charlie Kaufman…supplies a stream of dazzling inventions, twists, and wicked paradoxes.” Indeed, the film’s jaw-dropping audacity and creativity made Entertainment Weekly crown it “the most excitingly original movie of the year.”

Watch Being John Malkovich on iTunes or Amazon.

The official trailer for Being John Malkovich. 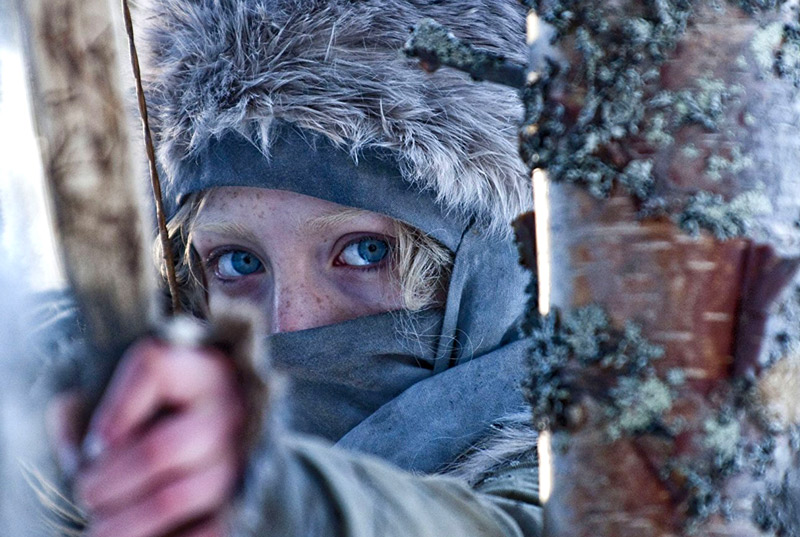 After showing his genius for reinventing period and literary drama with Pride & Prejudice and Atonement, director Joe Wright continued, according to Coming Soon, “to prove himself as one of the more innovative filmmakers working today” with Hanna. Mixing high-tech espionage with fairy tales to create a heart-pounding thriller, Hanna tells the story of a young girl (Saoirse Ronan), raised in the Arctic wilderness by her ex-FBI father (Eric Bana) to become a world-class assassin and take down a rogue intelligence agent (Cate Blanchett). While “Wright excels at knocking you off balance and forcing you to rearrange his puzzle pieces in your head,” notes Rolling Stone, “the movie becomes like nothing you’ve ever seen.”

Watch Hanna on iTunes or Amazon.