Writer/director Paul Schrader, together with stars Oscar Isaac, Tiffany Haddish, and Tye Sheridan, felt the love on Thursday as audiences stood to applaud the premiere of The Card Counter at the 78th Venice International Film Festival. Detailing the story of William Tell (Isaac), an ex-military interrogator-turned-professional-gambler who seeks redemption by trying to help another lost soul, the film hit all the right notes with critics. For many, the actors brought the story to life. “The Card Counter, with Isaac’s superb performance at its heart, might be the movie you didn’t know you were wishing for,” proclaims Time Magazine. Others honed in on it as an enthralling thriller, with The Playlist calling it a "truly a wild, blazing ride.” Others appreciated the style of the writer/director, with The Film Stage calling the movie a "triumph from Paul Schrader.” Though everyone had their own separate reason for appreciating The Card Counter, together they seemed to agree that they were all in.

Below are just a few of the enthusiastic Twitter responses from Venice. 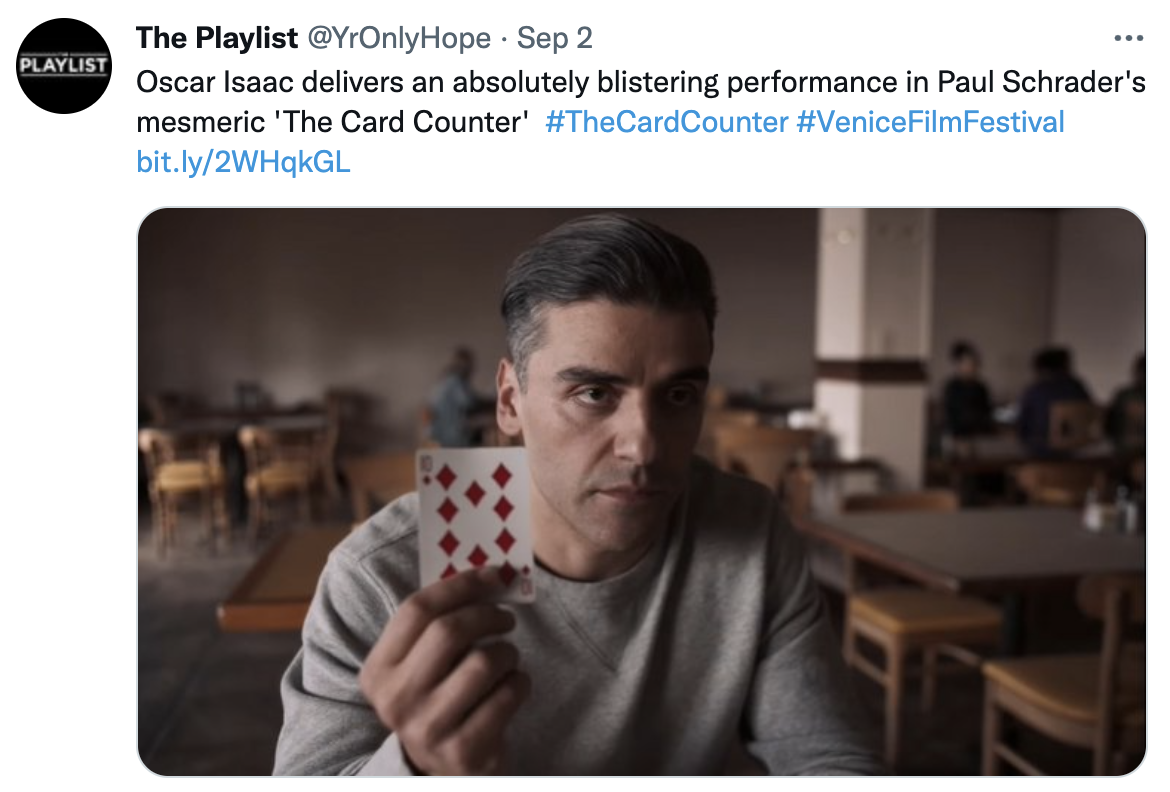 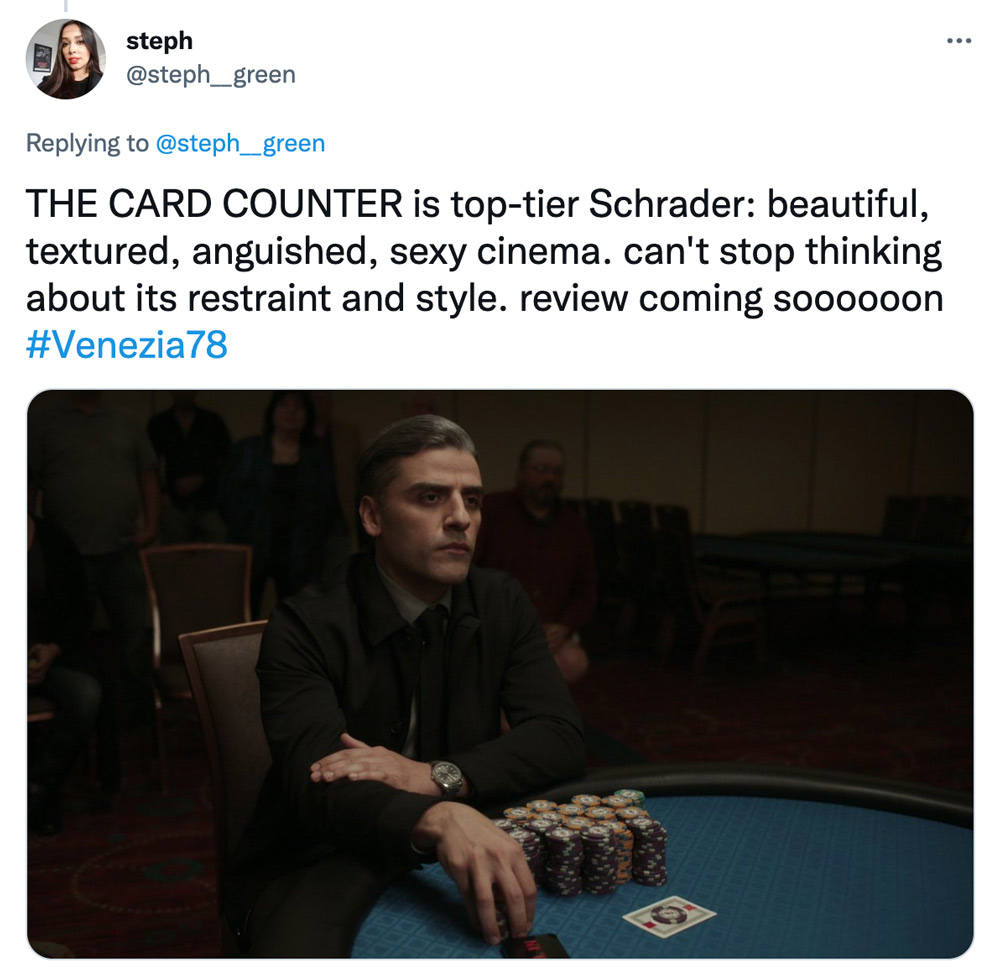