Tears Of Joy On Twitter Greet The Trailer For Spoiler Alert

Based on Michael Ausiello’s best-selling memoir, Michael Showalter’s film Spoiler Alert (opening in theaters on December 2) captures the remarkable way the relationship between Michael (Jim Parsons) and his husband Kit (Ben Aldridge) was transformed and deepened when one of them falls ill. Covering the 13 years the two men had together, the film (which costars Sally Field and Bill Irwin) revels in the joy and messiness of living life on life's terms. The trailer, as the film’s title suggests, doesn’t hold anything back, embracing the totality of a relationship, from giddy romance to life-changing events. As Vanity Fair points out, “The film begins as a rom-com, but ends up as a pure romance. In other words: Bring your tissues.” People on Twitter joyously seconded that suggestion. 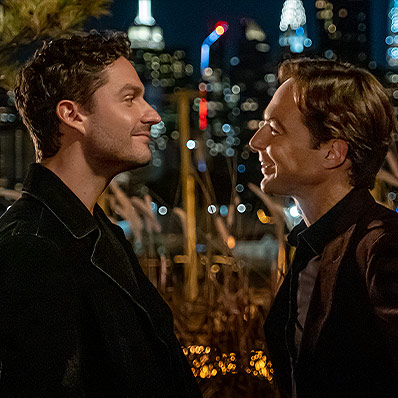 The official trailer for Spoiler Alert: The Hero Dies’s Trailer 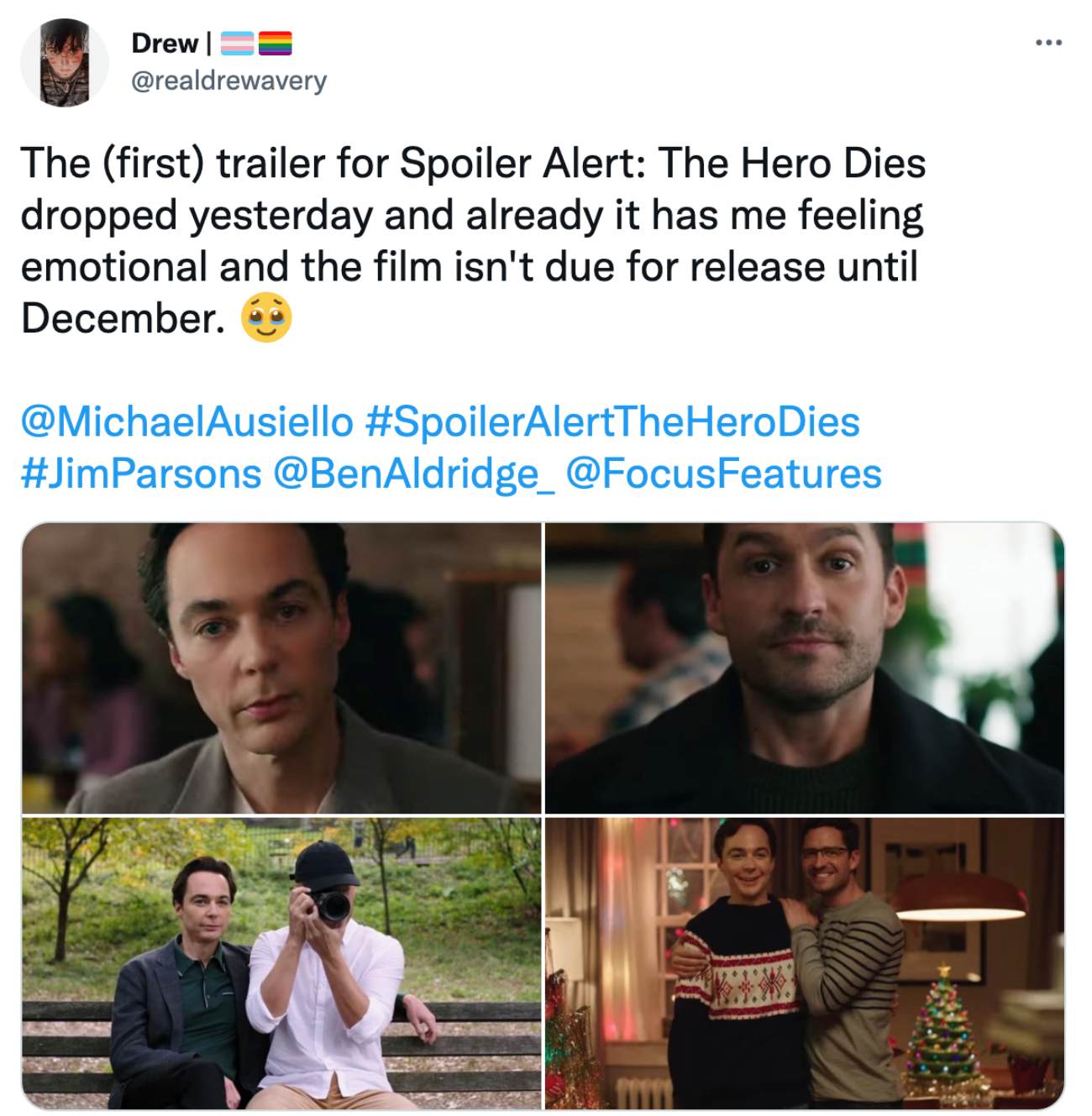 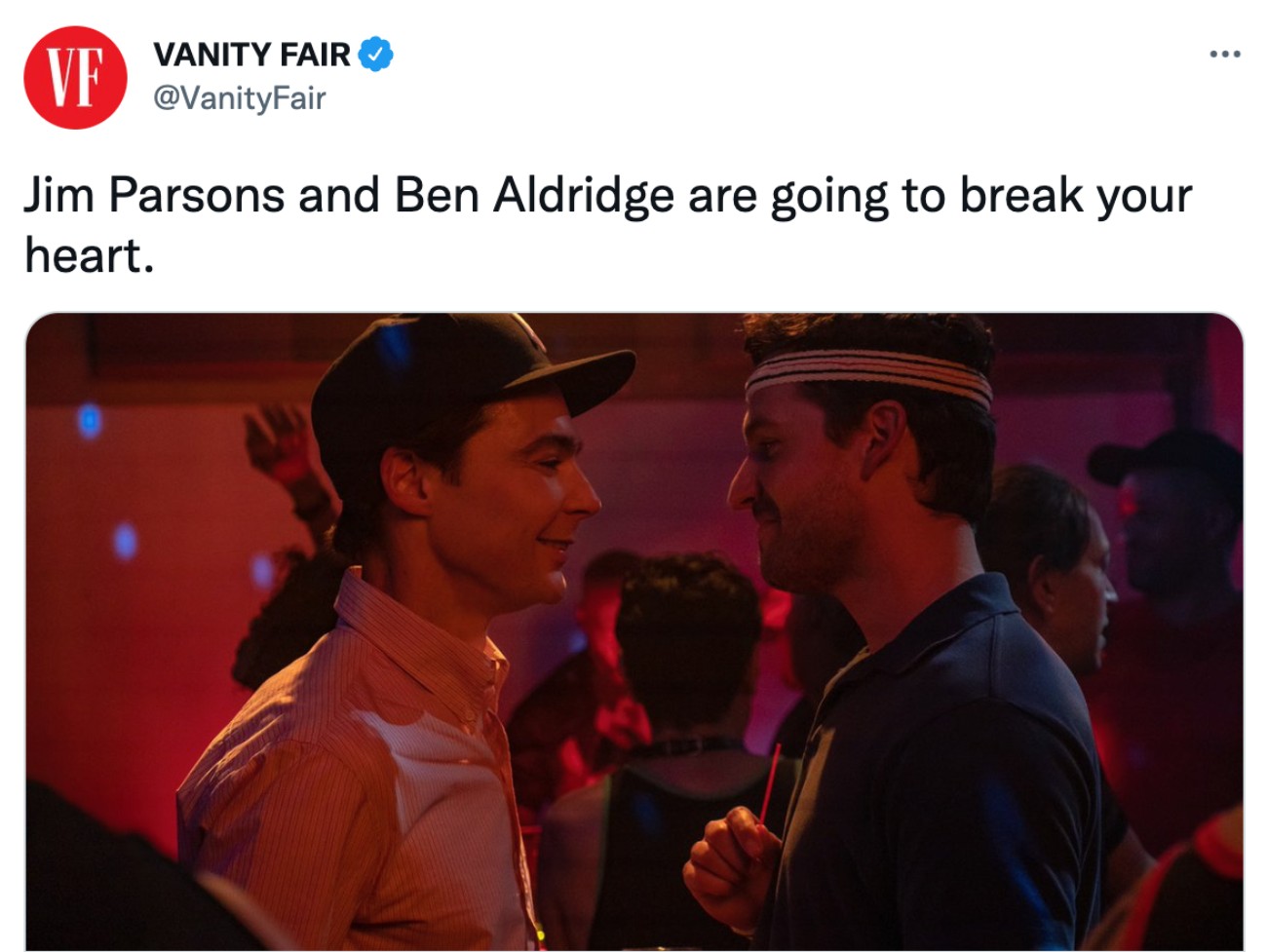 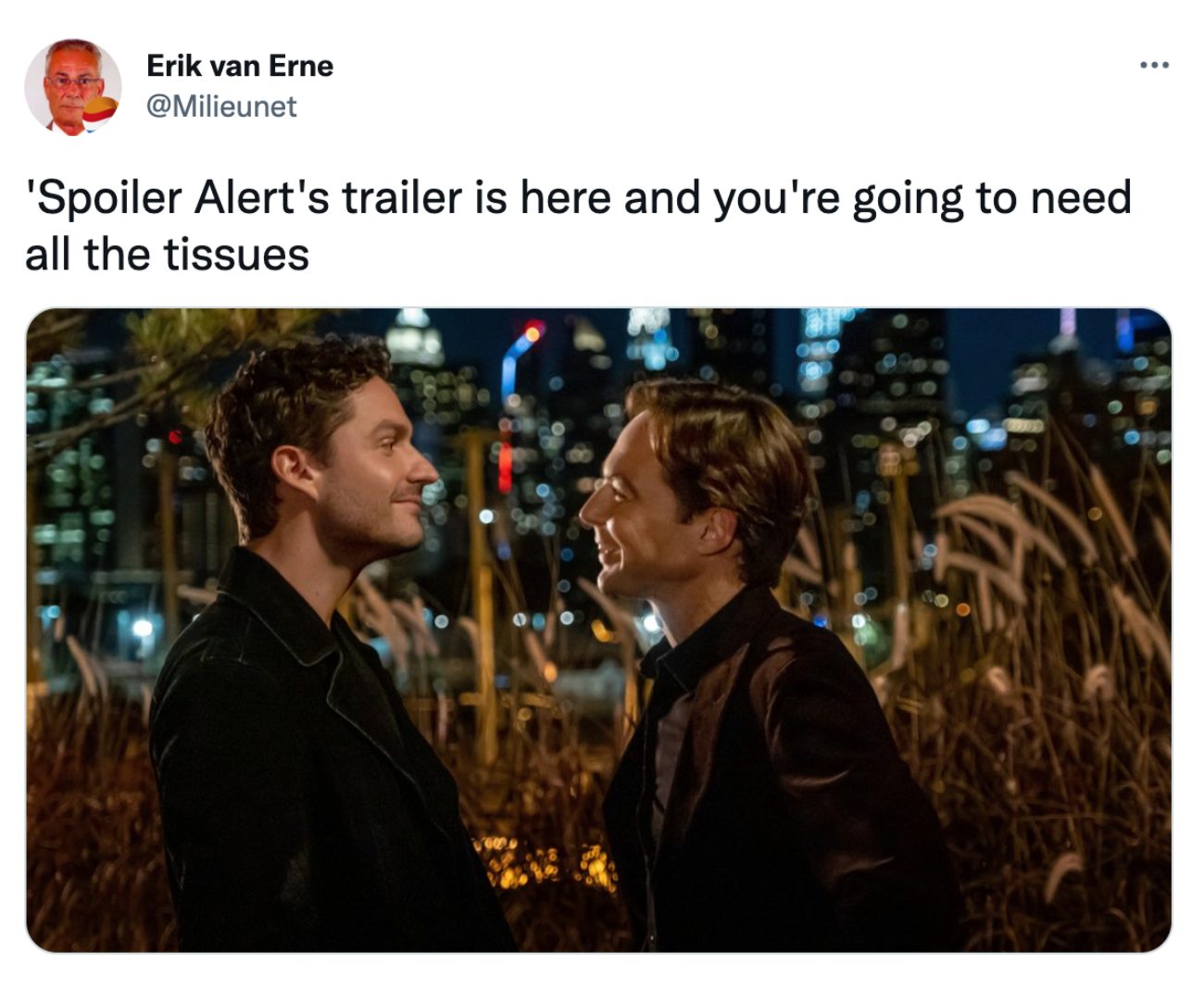