What I Learned From Being "Mom"

Tully (Now Playing), the third collaboration between screenwriter Diablo Cody and director Jason Reitman, is a film doing justice to the multifaceted battlefield that is motherhood.

The protagonist and mother of three, Marlo (Charlize Theron), navigates life through agonizing levels of boredom and exhaustion. With things approaching crisis point, help arrives in the form of the titular night nanny Tully (Mackenzie Davis), a carefree, vivacious, and attentive 26-year-old. Through Tully, Marlo reconnects to the youngster she herself once was, which, in turn, brings her one step closer to embracing the woman she’s become.

In its refreshingly humorous yet inward-facing storytelling, Tully is at once an examination of the daily struggles of motherhood and a rumination on self-identity, change, and acceptance. For this Mother’s Day, we invited five women of Focus Features to reflect on their own transformative experiences as moms and recount the lessons they’ve learned along the way.

Marlo and Tully discuss the meaning of being a "great mom" in this clip from Tully. 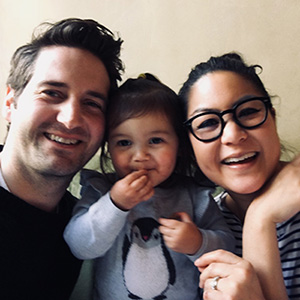 It all seems so obvious when you say it, but the biggest thing having a child has taught me is that people are who they are, and nothing and no one can change that. Somehow I have found myself with this beautiful, strong-willed, wild little girl who can’t and won’t be tamed, as much as I try to!  From insisting on walking to nursery in the rain with her hood off, catching the droplets in her mouth, to eating yogurt with her hands, it’s a privilege to watch her grow up into a force to be reckoned with.  But that stubborn streak of hers… that’s definitely from her dad’s side.

"Overthinking or sweating the small stuff is no longer an option." 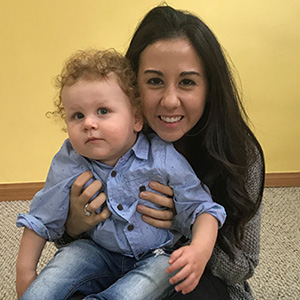 For me becoming a mom reinforced the importance of veering away from negativity, and, in place, adopting a can-do attitude in all aspects of life. Once you have a baby, overthinking or sweating the small stuff is no longer an option. Otherwise, I’d never get anything done! I’ve always envisioned motherhood as a collection of exciting and joyful moments, which, I realized early on, will often depend on my ability to allow myself to be imperfect. It so happens that I may every now and then forget the baby bottle before taking my son out for a stroll, or drop his pacifier on the floor. These are easily fixable, little bumps, and dwelling on them does no one any good. And for those unavoidable wearisome days, I’m so lucky to have a supportive partner who I never take for granted. We both learned to cut each other some slack because, ultimately, happy parents make happy children. 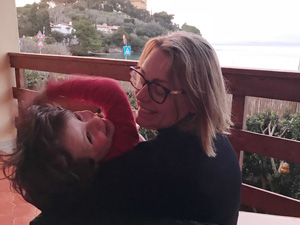 Motherhood has taught me that the emotions of a child can vary from sweetness to devilment to complete mental breakdown in the space of three minutes or less. Remaining calm and silent in the face of a tantrum of tsunami proportions is sometimes the only way to make it stop, or you could just have your own meltdown and scream back. A wise parent once told me that parenting is essentially bribery, everything is a phase and everyone is winging it even if they look like they have it together. I take particular solace in the last one.

"I’m constantly reliving and seeing everything through [my son's] eyes. And I wouldn’t have it any other way." 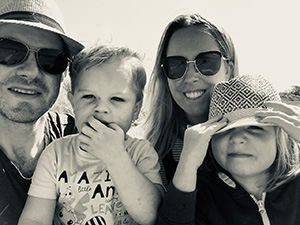 Motherhood for me has been an incredibly humbling experience. As a lawyer, I’d already had my fair share of late nights and challenging situations, and thought that child rearing would be a breeze by comparison. How wrong I was! I went from measuring time in six-minute increments to hours spent feeding on a sofa or what seemed like days pushing swings. I swapped my demanding but ultimately charming clients for irrational toddlers who seemed to have been born with the negotiation skills of the toughest talent agents. And I traded years of academic training for a new role, one which I had no experience in or preparation for, and which, had it been an option, I probably would have been fired from some time ago. Parenthood is the toughest job there is, and I have the greatest respect for all those who do it. 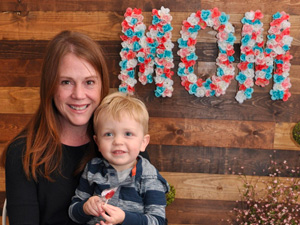 The one thing that keeps coming to mind more than anything else is patience. This virtue is one that I’ve lacked all of my life before having my son. But then suddenly this baby entered my world, and completely redefined my idea of what love is. Things don’t bother me the same amount they used to. Perhaps one of the first times I came to realize it was waking up to a text from my husband, in the aftermath of an unexpected nocturnal ‘incident.’ As I recall, it read: “By the way… you kick ass. I saw our son puke a pint of hot food on your shoulder and you didn’t even flinch.” Whether it’s comforting my child in these most unglamorous moments, or helping him overcome his fear of the ocean, I’m constantly reliving and seeing everything through his eyes. And I wouldn’t have it any other way.

Get tickets for Tully now.