Vengeance Gives The Tribeca Film Festival A Mystery to Savor

On Sunday, June 12, B.J. Novak’s directorial debut Vengeance had its world premiere at the Tribeca Film Festival in NYC to a very enthusiastic audience. Cast members Ashton Kutcher, Issa Rae, Dove Cameron, Boyd Holbrook, and others joined Novak on the red carpet. The comedy mystery focuses on a whip-smart New York City writer (Novak) who travels to the heart of Texas looking for the real American voices he needs to create a hit podcast. Reality, however, upends all his expectations about the people, the place, and the death of a former friend. Novak “crafts a good mystery, consistently engaging and entertaining,” writes The Playlist, with scenes that are “sly, smart, and knowing.” Festival attendees were in complete agreement on Twitter.

Vengeance opens in theaters on July 29.

The official trailer for Vengeance 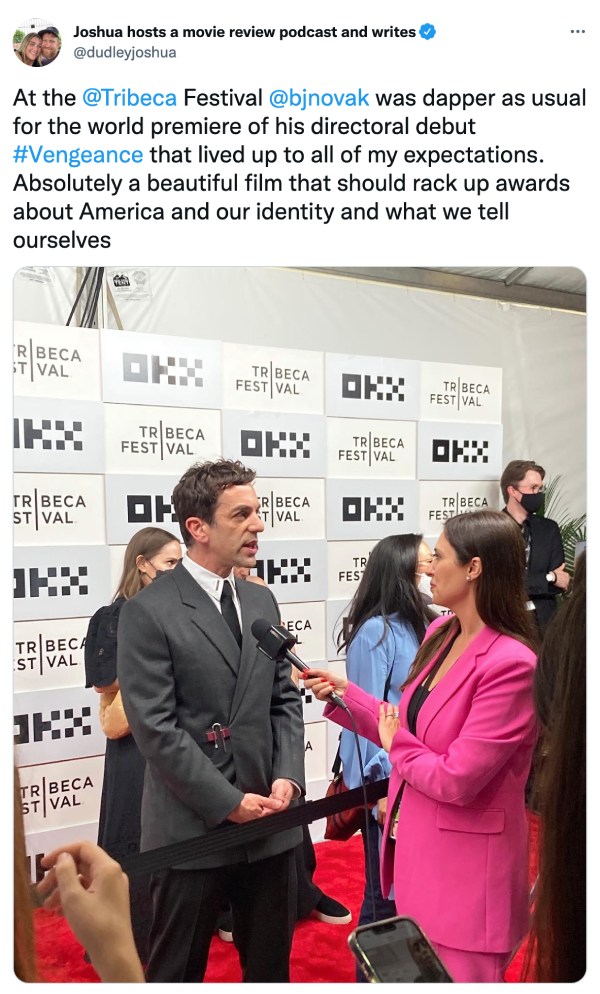 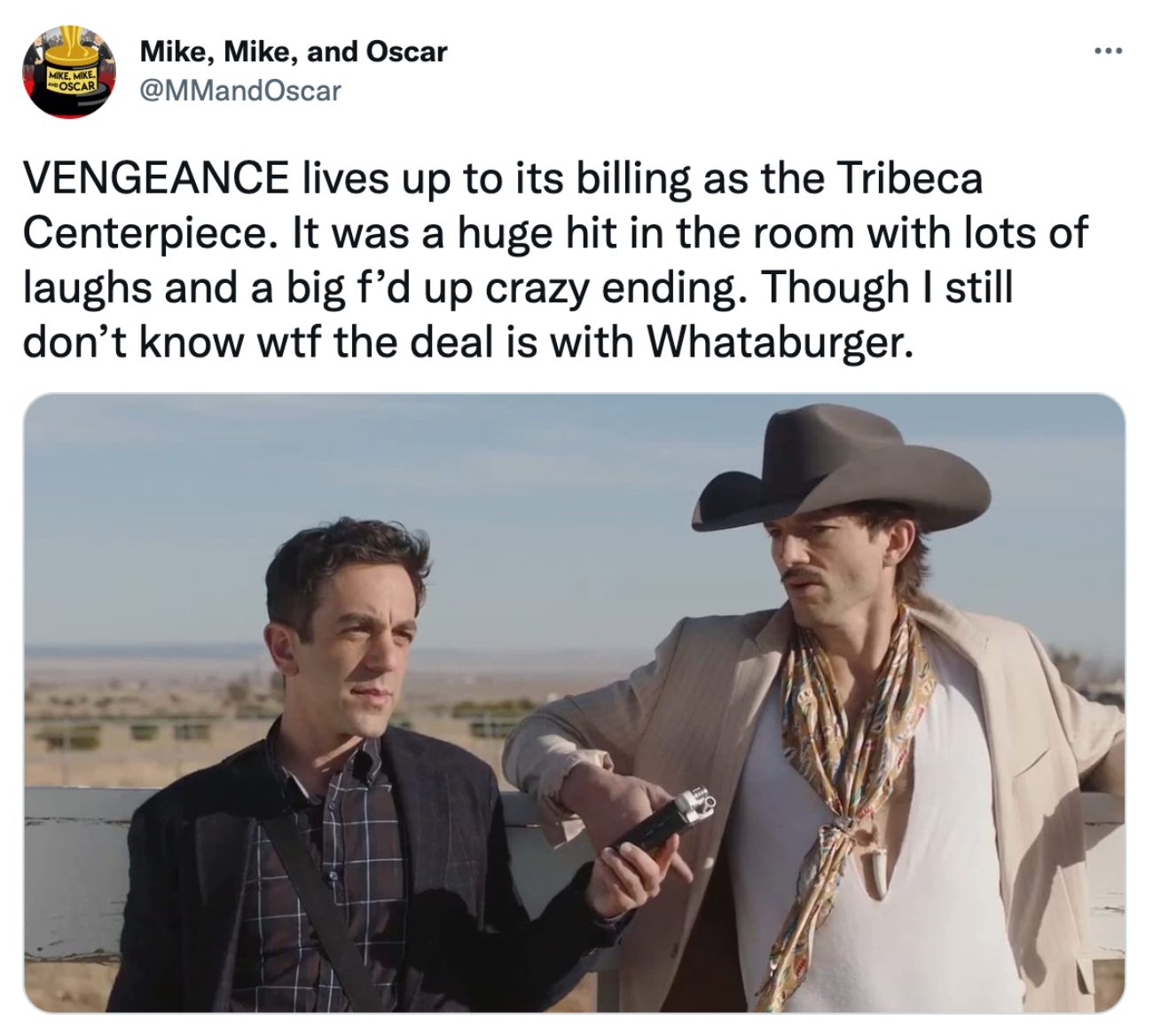 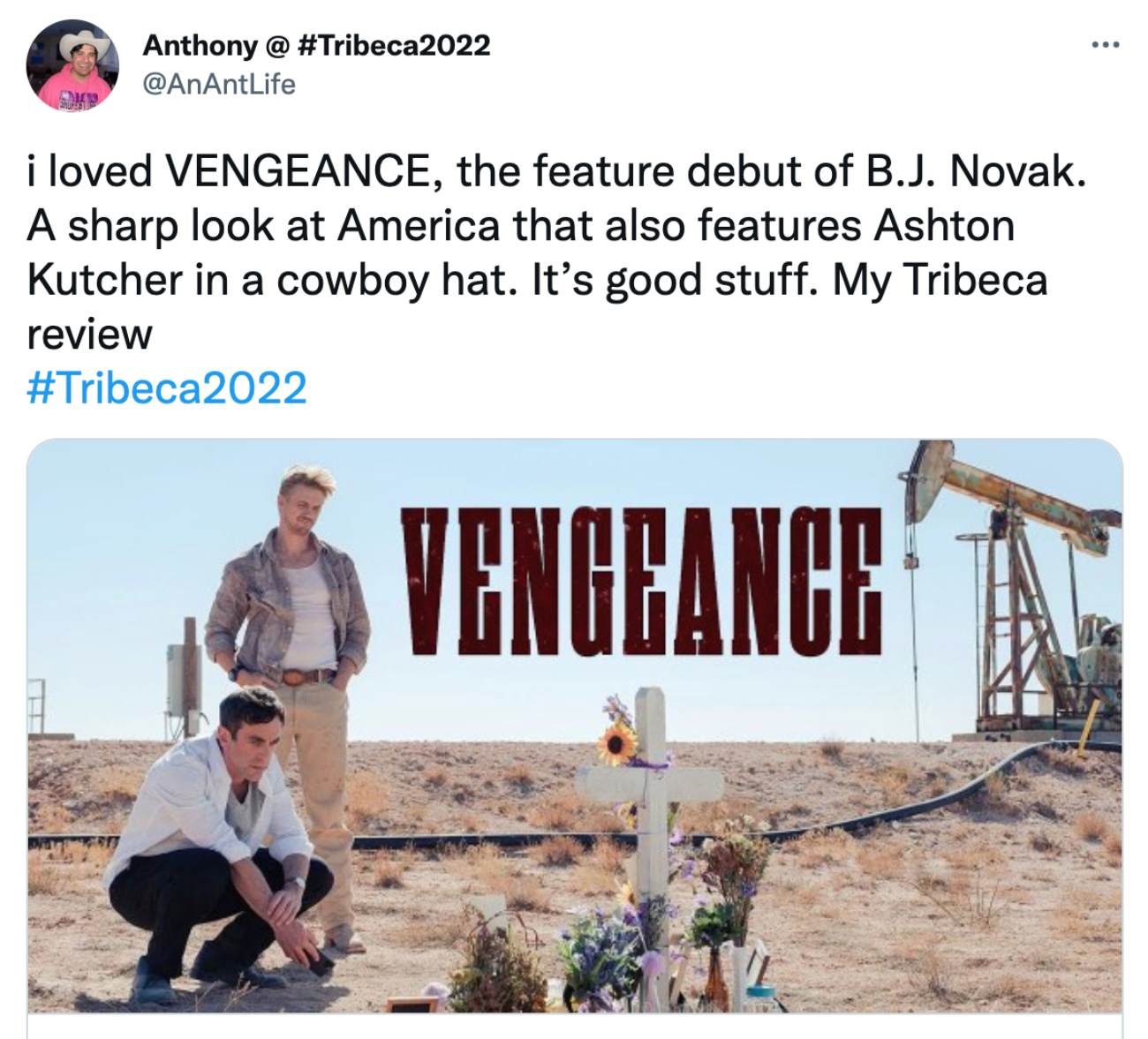 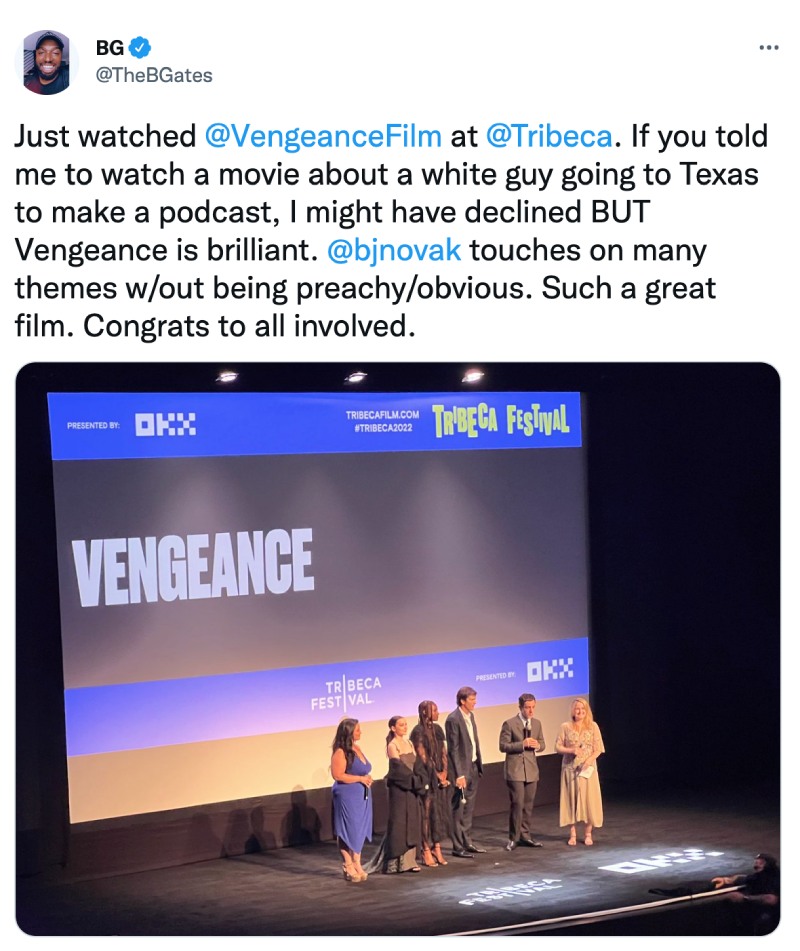