While many films have retold stories from the Holocaust and World War II, often highlighting the fierce bravery of those who fought against injustice or chronicling the brutal suffering of victims, few stories have attempted to bring a distinctively feminine perspective. In The Zookeeper’s Wife, Niki Caro recounts the extraordinary story of Jan and Antonina Zabinski, a Polish couple who turned the Warsaw Zoo into shelter for Jews escaping Nazi forces. Using a largely female creative and production team and focusing on Antonina’s empathy and decency, Caro not only recounted the couple’s achievement but made history herself by crafting, according to The New Republic, “the first feminist Holocaust movie.” For Women’s History Month and Focus Features’ 20th year anniversary, we are spotlighting films like The Zookeeper’s Wife that show how committed female filmmakers are making their own history.

Watch The Zookeeper's Wife now on iTunes or Amazon. 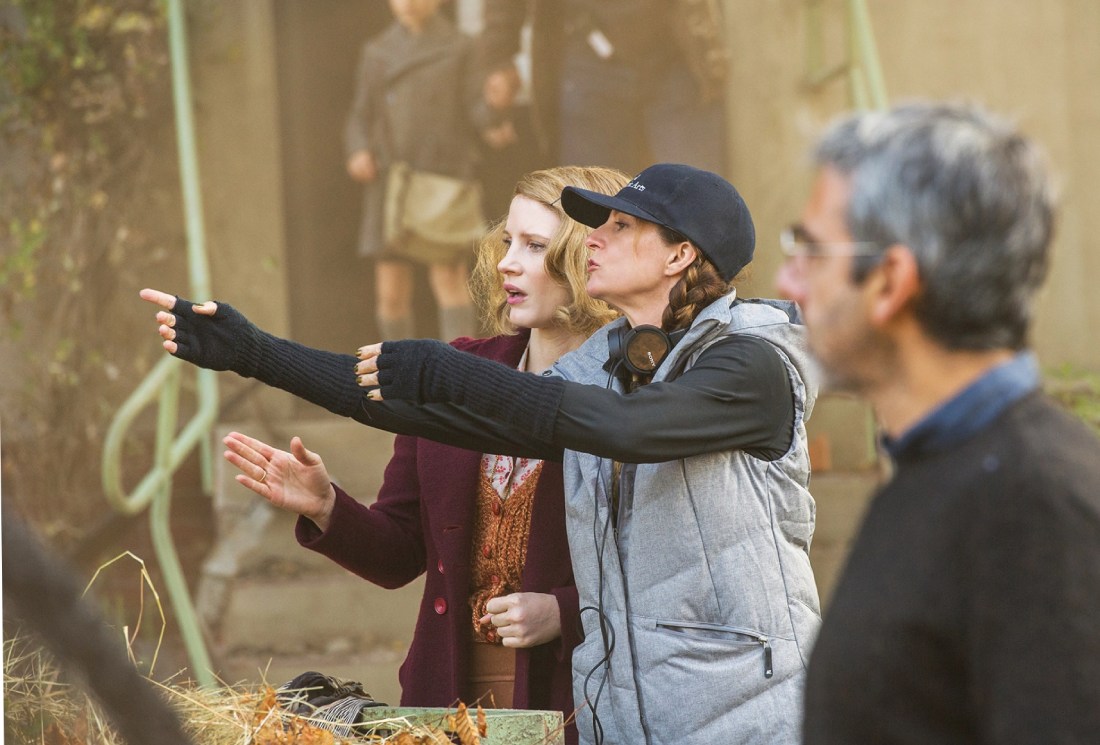 Naturalist and poet Diane Ackerman wrote The Zookeeper’s Wife (which was published in 2007) after stumbling upon Antonina’s diary researching wild horses in the forests of Poland. Antonina’s ordeal, especially how it played out in her kindness to animals, touched Ackerman, especially in the way it embodied a counter example to the traditional idea of heroism, often equated “with violence, usually with males—with martyrdom and cruelty.” The book’s chronicle of Antonina’s “radical acts of compassion”—being it in caring for a hurt rabbit or persecuted human being—moved the filmmakers to want to share her story on the big screen. The producers also wanted the production to reflect Antonina’s spirit.

From the start, Caro wanted to find a way to reflect Antonina’s legacy and principles in her filmmaking. “I was really inspired by Antonina and her courage, care, and compassion, but also the fact that she was both so feminine and so strong,”explains Caro. “That really informed all of the filmmaking.” Breaking from from conventional Holocaust and war narratives that focus on aggression, Caro and screenwriter Angela Workman crafted a different representation of strength. “Antonina shows us that femininity is pure strength,” exclaims Caro.

Timothy Redford and Jessica Chastain in The Zookeeper's Wife

To reflect Antonina’s spirit in the production, the producers pushed to hire women in many key roles. Jessica Chastain, who plays Antonina, penned a letter to The Hollywood Reporter about how special and unique the production was. “I’ve never been on a set with so many women….there are female producers (Diane Levin, Kim Zubick and Katie McNeill), a female screenwriter (Angela Workman), a female novelist (Diane Ackerman), a female protagonist, and a female director,” writes Chastain. The overall effect for Chastain was “great, you all are working together as a community, and everyone is participating in the exchange of ideas.”

For Caro, the female energy on the set helped her change the traditional narrative. This was the “first time a Holocaust story [was told] from a truly female point of view," exclaims Caro. "Every detail and every part of the filmmaking is consciously feminine.” As such, “an audience can enter that period of history in a completely different way.” When the film was released, critics and audiences did in fact see history differently. But they also saw how Antonina’s story speaks to our current conflicted political environment. “Niki Caro breaks out of the genre and emerges with a truly moving and original film,” writes The New Republic. “In attempting to understand these crimes and how to counter them, Caro challenges us to look closer to home."