When Joe Wright’s Hanna opened in theaters on April 8, 2011, audiences and critics didn't know what to expect. The thriller about a young girl named Hanna (Saoirse Ronan) raised in the arctic wilds by ex-CIA father Erik (Eric Bana) to become a world-class assassin intent on taking out a rogue intelligence operative (Cate Blanchett), blew people's minds. “So begins a fairy tale of lightning speed, gritty action and shocking gravity, all driven by the electronic beat of a hypnotic score by the Chemical Brothers,” exclaims Rolling Stone, which labeled the film “a knockout.” Cinema Blend pointed out how the film's story mixed “coming-of-age tenderness with heart-stopping action in a way that feels utterly unique.” At the center of it all was an utterly memorable character brought to life by a stellar performance. “What keeps us hooked is Ronan, a young actress of seemingly limitless abilities, "explains Vulture.

In the ten years since Hanna leapt into the public imagination, she has remained an engaging figure of fascination. Some writers have sought to unravel the heroine’s complex sci-fi backstory, and others have analyzed the adventure’s fairy tale symbolism. Fan fiction sites have emerged in which devoted admirers dream up future missions. The Amazon Prime series Hanna, which rebooted the young heroine’s journey, has now been renewed for a third season. The entire phenomenon created by this character began years ago when Canadian screenwriting student Seth Lochhead had an image of a young woman dashing through the woods and asked himself, “Why is she running?”

To mark Hanna’s 10th birthday, we spoke with Lochhead (who wrote the screenplay along with David Farr) about the film’s origins, its complex journey to the big screen, and why its heroine just keeps running through our popular imagination.

Where did the character of Hanna come from?

The idea came from an image I had of this young girl running through a forest. I kept asking myself, "Why is this image so haunting? Why is she running?" While lots of sources, including films, inspired me, I think the biggest influence was a trip I took when I was about 18 through Europe. Part of that trip was traveling from Turkey through Eastern Europe up to Denmark. It was really my first exposure as a young man to the world. In that way, I felt like that young woman running through the forest, growing up and experiencing the big, wonderful, scary world for the first time.

Why did you incorporate the fairy tale motifs into the story?

When I thought of Hanna growing up, I imagined her having limited resource material. I had Erik give her a book of Grimm’s Fairy Tales, which Hanna carried around with her as a way to understand the world. When Joe Wright got involved with the project, he wanted to highlight the fairy tale element. For him, the story, with its dark woods and wicked witch, was a fairy tale. He found an amazing way to give a literal interpretation to the story’s subtext. 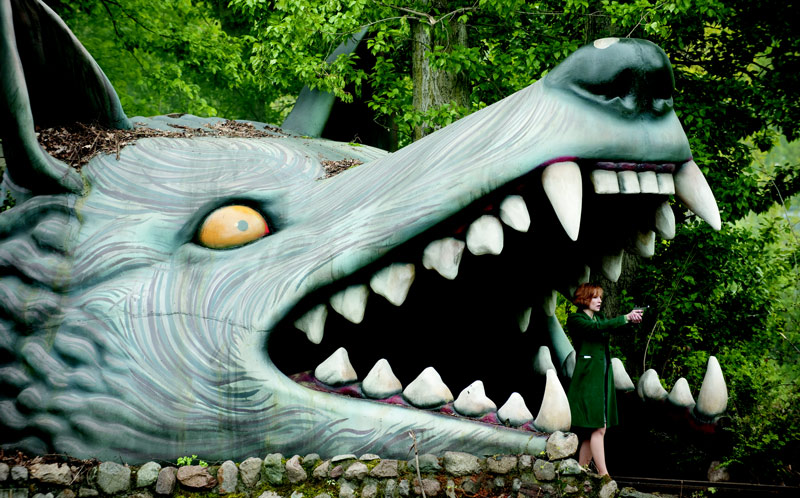 The fairy tale motif in Hanna.

You started the screenplay when you were a student at the Vancouver Film School. What happened after that?

I wrote half of the screenplay at film school and then finished it afterward. From there, I found a group of people who loved the project as much as I did. Kemper Donovan and Ashley Berns of the management company Circle of Confusion helped get it noticed.  From there, it landed at Focus, where a few executives really pushed for it. I ended up working on rewrites for about a year. Then they brought in other writers to work on it as well. Six years later, out of the blue, I got a phone call from [producer] Leslie Holleran and Joe Wright telling me the film had been green-lit and asking if I wanted to come to Berlin to do production rewrites. I ended up living and working in Berlin for about two and half months, which was like reliving what I experienced when I traveled through Europe for the first time. 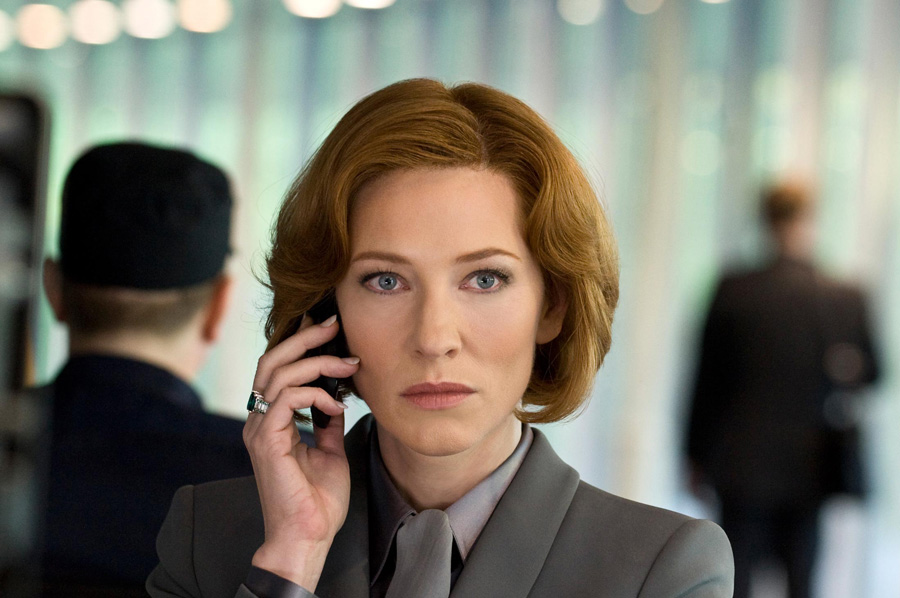 I understand that you wrote the character of Marissa Wiegler with Cate Blanchett in mind?

Yes, but I never told anyone, except maybe to say, “Can you imagine Cate Blanchett as this character?” At the time, I thought she would be the best actress for the role. When I heard she had been cast for the part, it was mind-blowing — as was meeting her.

Did you ever tell her that you thought of her when you wrote the character?

No, I don’t think I did. When I interacted with her, I was just trying to be cool and professional. I was enormously shy around her and didn’t want to act like a big fan. 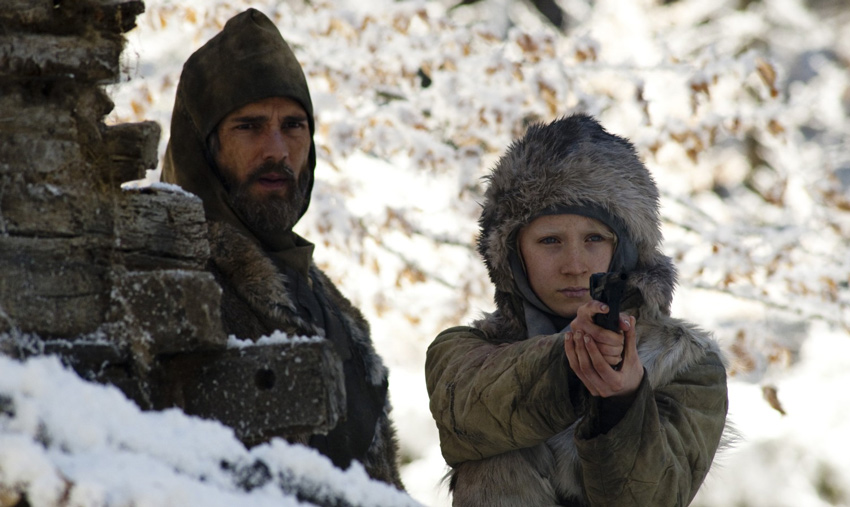 When you saw your characters brought to life by Saoire Ronan and Eric Bana, did it change your vision of who the characters were?

Not really. One thing I learned is that it doesn’t matter how the actor looks or acts, but how they feel. And both of them felt right. Eric brought an unexpected softness to his character. He projected this melancholy and heartache that made his connection to Hanna even more poignant and emotional. When I wrote Erik, he was very stern. It was amazing to see a human being take this imaginary concept of emotion and make it real like Eric did. As for Saoirse, she got Hanna right off the bat. She understood how Hanna could be tough and scary in one moment and vulnerable in the next. Saoirse would walk on camera looking like this alien person with her bleached eyebrows and blond hair. Right afterwards, she would be this 16-year-old kid hanging out on set. It was amazing how she could turn it off and on just like that.

Screenwriters sometimes claim to learn new things about their story and characters when they watch the final film. What did you come away with?

I remember that the first time I watched the film was with The Chemical Brothers. I was thinking then that all of this came from a little idea I had. But none of it would exist without all the people who worked on it. When you are writing, you are just this lonely screenwriter. On screen, I saw how all these different people's passions and talent came together to make this film.

After ten years, Hanna seems to have a life of her own, even finding a new life on Amazon Prime. What makes her so memorable?

What makes you most proud about being involved in Hanna?

The relationships I made on the film and the memories I have of that time. I have tumblr and twitter account about the experience, and it's amazing how the stories have touched so many other people.