For Mike Mills, the beginning of Beginners came about quite suddenly. In 2004, just before the filmmaker was set to write his second feature film, his father, Paul Mills died. Paul, the Santa Barbara Museum of Art director, came out as gay a few years earlier. In processing his father’s passing, Mills pasted together scraps of memories and anecdotes until a unique and compelling story about loss and love emerged.

Before becoming a filmmaker, Mills worked as an acclaimed graphic designer, creating album covers for Sonic Youth, Beck, and Beastie Boys, as well as art directing campaigns for Colette, Marc Jacobs, Supreme, and Subliminal. Borrowing widely from the world of art history, commercial design, film history, and real life, Mills crafted a rich mosaic of interconnected flashbacks and graphic interludes to tell the story of a son, Oliver (Ewan McGregor), reflecting on and learning from his father, Hal (Christopher Plummer). As Oliver hesitantly begins a new relationship with a French actress, Ana (Mélanie Laurent), he remembers how enthusiastic Hal embraced coming out as gay, even diving into a loving relationship with a younger man, Andy (Goran Višnjić). Insecure and uncertain, Oliver finds comfort talking to Arthur (Cosmo), the Jack Russell terrier he inherits from his father. Feeling stuck in his life, Oliver fondly remembers how bravely his father opened up his last years to new beginnings.

When Beginners opened on June 3, 2011, audiences and critics were charmed by its spirit and in awe of its ingenuity. Applauding it as “endlessly original,” USA Today noted, “It's rare that the trajectories of love and yearning are portrayed in all their complexity on screen.” IndieWire wrote that “Beginners stays true to the title and feels like something entirely new.” A year later, Christopher Plummer won an Academy Award® for Best Supporting Actor for his charismatic performance. In the ten years since its release, Beginners’ poignant tale of learning how to start over provides a lesson that feels as eternal as it is timely.

We spoke with the Beginners’ writer/director Mike Mills about the film’s ten-year anniversary.

Watch Beginners on iTunes or Amazon.

The official trailer for Beginners. 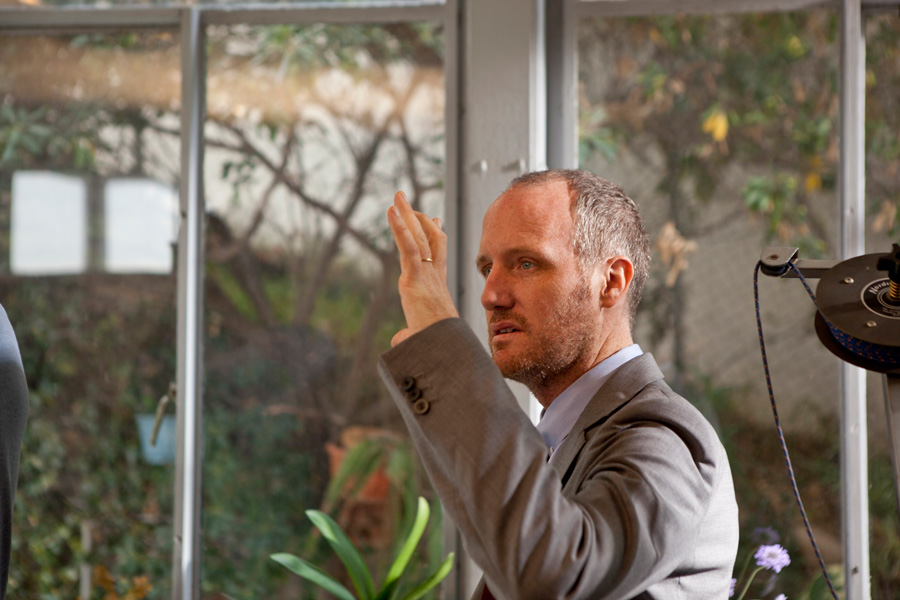 Mike Mills on the set of Beginners.

It’s been ten years since you released Beginners. What was it like when you showed it to an audience?

We premiered Beginners at the Toronto Film Festival, and I had no idea how it was going to be received. It was a strange movie, very personal and filled with all these historical essays. It was showing at one of the best places to premiere a film at Toronto, which was the Elgin Theater, an elegant three-story opera house. At one point, I got so nervous I left the theater. At that moment, a bus pulled up in front and opened its doors. I thought I could just let the bus take me somewhere safe and apologize to everyone later. I walked back in instead and stood in the back of the theater. When the lights came on, everyone started coming towards me. I remember Adam Yauch from the Beastie Boys coming out of the dark and giving me this big hug. I have adored him for so long and he was so emotional and sincere. Then I saw Melanie. This was the first time she had seen the film. She’s a pretty tough cookie and if she has an opinion, she's going to tell you. She just told me how lucky she felt. It meant the world to me that the actors had a good time and they liked what they did. That day, I felt super lucky and scared.

What was scary about premiering Beginners for you?

If people hated it, it wasn't just that I messed up my career. My dad's memory would have been messed up too. One of the big risks with this film was how we wove into the story all these historical essays about the characters and gay life in America. The other thing was that the story was memory-based, not linear. I felt like I had a lot riding both in terms of the memory of my dad — because so much of it was based on my real dad — and my relationship with the actors. I had developed such an intimate connection with Christopher, Ewan, Melanie, and Mary Page Keller (who played the mom). Even with Cosmo, the dog, and Matilda de Cagny, his trainer. 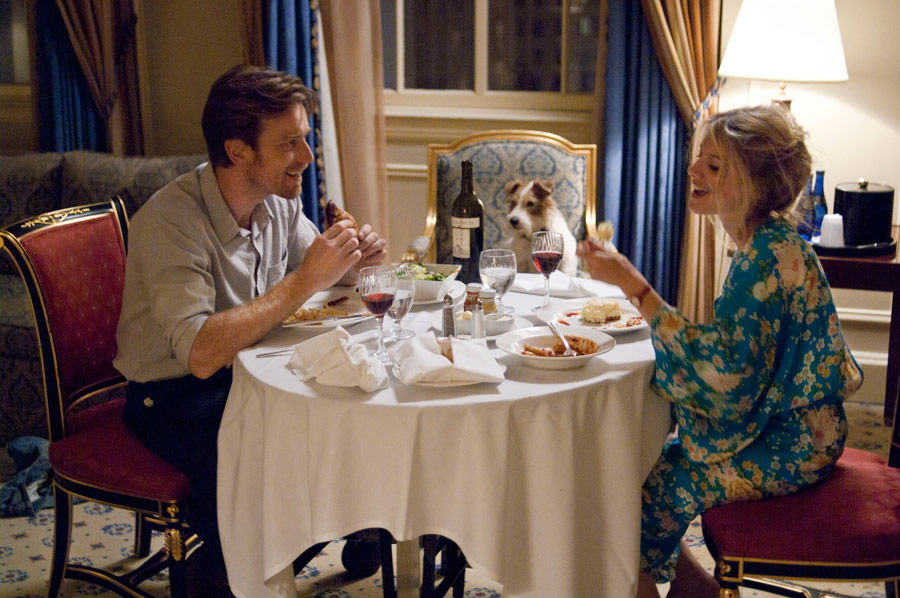 Since so much was based on your life, how did you construct the story?

I started writing six months after my dad passed away. I was still very much grieving. I just made lists of everything I could remember. It was like writing hundreds of William Carlos Williams poems about the smallest physical details, such as Andy coming in with a mug. My job was to collect these memories, almost like found objects of my life, and then figure out how to coordinate them. Many of the lines were actual things people said. My dad’s doctor really said that my dad had a quarter-sized obstruction in his lungs. The trick for me was being open to the weird, magical poignancy of life's found objects and learning how to organize them.

Since it was so personal, was it difficult to cast?

My dad was born in 1924, and that was such an important period to be born into. Christopher was born in 1929 and had so many things in common with my dad. When he read the script, he said, "No self-pity. Not a drop of self-pity." That is exactly the kind of thing my dad would have said. Christopher was always making some dry joke, which was also my parent’s sense of humor. Even though the material was very personal, I had to divorce myself from it at a certain point. In my first meetings with Christopher and Ewan, I told them you need to take the car keys and take ownership of this person.

How did you work with the actors to get the performances you wanted?

I had this long lead rehearsal process where we didn't really work on on the script, but we played out experiences that led up to the story. For example, I had Christopher and Ewan host a lunch which is something my dad and I might have done. We invited a bunch of middle-aged or older gay men and had Christopher take all their orders and serve them their food. At one point, we asked these men, if they were willing, to recount their coming-out stories. I remember Christopher turning to me and saying, “Oh Michael, you can't ask that. That is so personal.” But the men just jumped in, telling us very personal stories about their lives and families. With Ewan and Mélanie, I went to Six Flags Magic Mountain and together we rode all the roller coaster rides. I also asked Ewan and Mélanie to stare into each other’s eyes for really long periods of time. 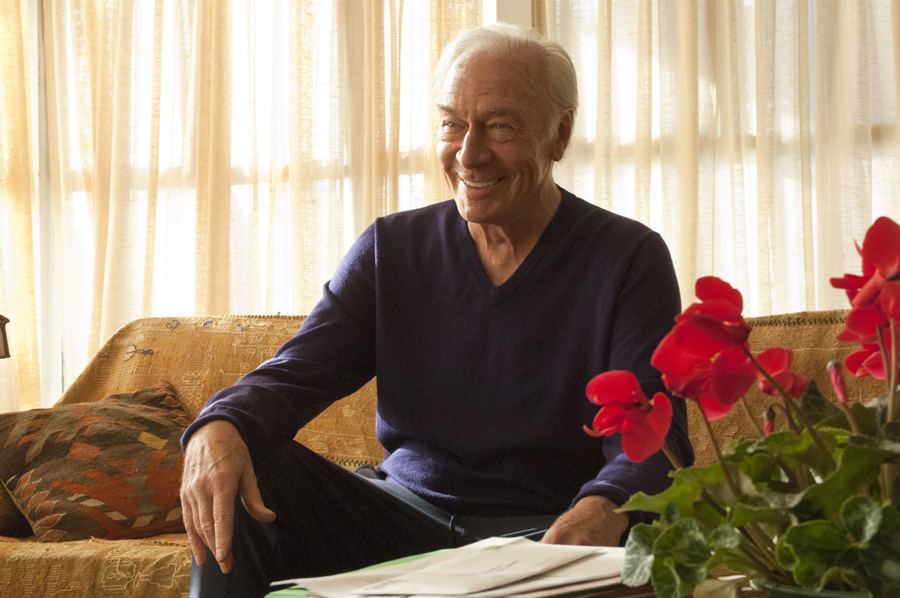 Christopher Plummer as Hal in Beginners.

Can you tell us stories about what happened during production?

I have a lot of memories of Ewan, Mélanie, and I lying around on beds a lot of the time with everyone chatting around us. I remember the dogs. Matilda, the dog trainer, brought all the dogs she was training on set. I would look around and see the grip holding a little chihuahua, the sound person another one, and someone else petting a lap dog. At times, there were six dogs running around set. I like having musicians play on set, so in between shots at this amazing Neutra house, which was Hal's house, a French horn would be playing these quiet, dreamy melodies. On the last night of shooting, we were doing graffiti outside. I surprised everyone by having a bagpipe player just cruising down the street in a kilt. That was how we announced that the film was over.

Do you see the movie differently now, especially since Christopher Plummer passed away?

I have never seen the film again since that night in Toronto. I’ve seen bits of it, but not the whole thing.  It has been a long time since my dad passed away, so that changes how I see the film. I have a lot of fond memories of Ewan because he and I went through the whole production together. When I met Christopher, he was 81 and had lived such a legendary, full life. He was such a gracious, funny gentleman. Since the whole movie is a bit about grief, it feels fitting to think of Christopher in that role. But things are different for me now, I see the story quite differently. Now I have a nine-year-old. So I think I identify less and less with Ewan's character and more with Christopher’s.

Over the years, what sort of reactions have you gotten?

So many different reactions. Since Ewan and I are the same size and we wanted to save money, Ewan wore a lot of my personal clothes in the movie. After the film came out, I remember going to a restaurant in my grey and black sweater (the same one that is in the poster). A waiter stopped me to tell me, “You’re wearing the sweater that Ewan wore in your movie.” Many people shared with me stories about a parent who came out in later life, and others told me about how they had lost a parent. When those connections happen, that is the highest compliment that there is for me. It's the reason that I keep making films. Movies are so weird. They take so much physical energy to make, and then they sit inert until someone watches them. It is the audience that makes them come alive. While Beginners was very personal, it was kind of like a funeral pyre in that I burned up everything personal in the making of the film. At the end of production, it was all gone. I'd sent all my personal feelings up into the air. And what I got back were people's reactions.