When Todd Field’s TÁR screened at this year’s Venice Film Festival, the audience arose for a resounding six-minute standing ovation. When the film’s star Cate Blanchett took the stage, the applause became even more thunderous. Field wrote the character of Lydia Tár, the brilliant, mercurial maestro of the Berlin Philharmonic in his film, specifically for Blanchett. And the two-time Oscar® winner turned the role into a dramatic masterclass. For IndieWire’s David Ehrlich, her performance made TÁR—which opens in theaters on October 7—“one of the boldest and most exciting new American movies I’ve seen in years.” Others who saw its premiere were similarly bowled over. Here are just a few tweets from the Venice Film Festival.

The official teaser trailer for TÁR 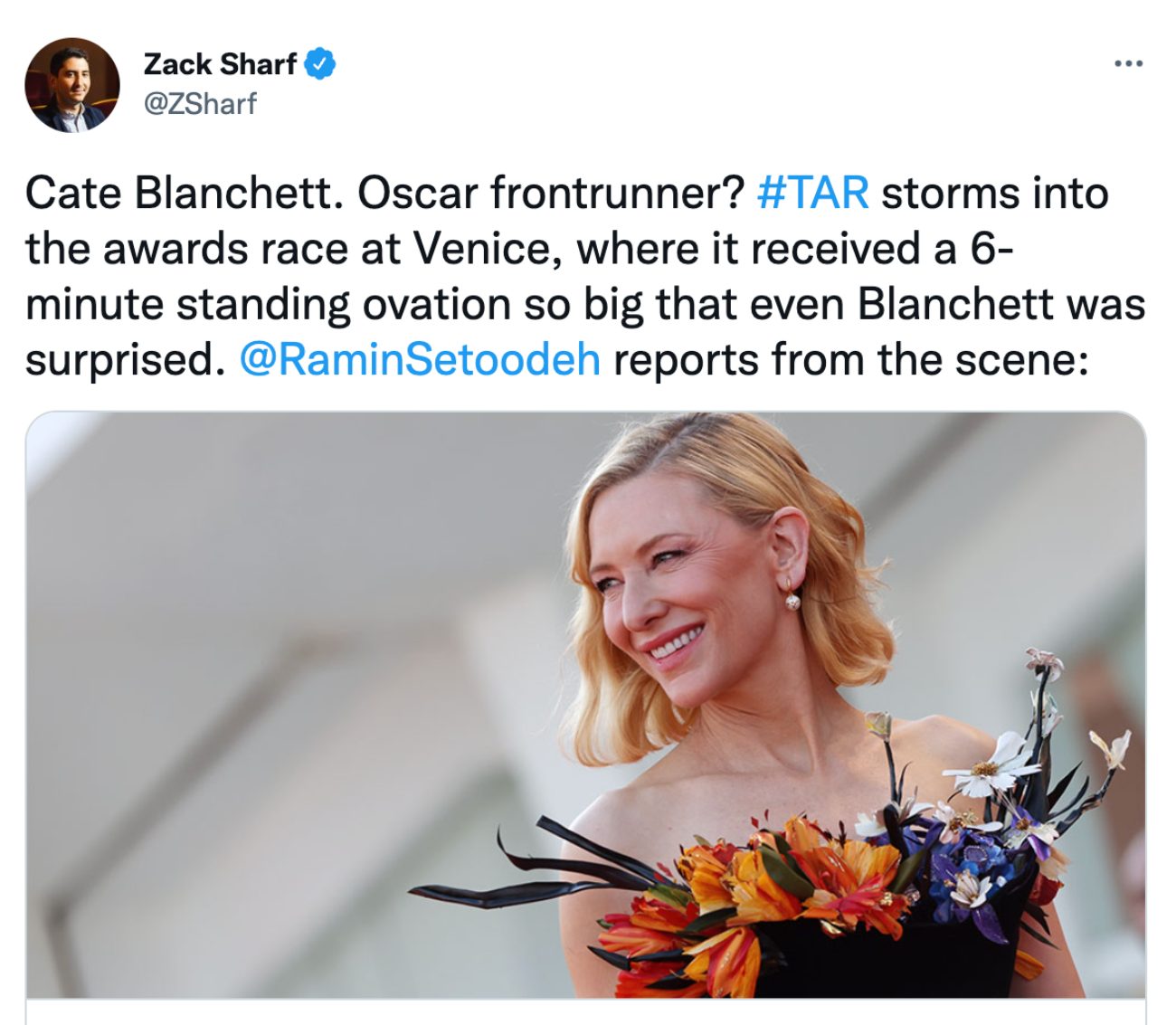 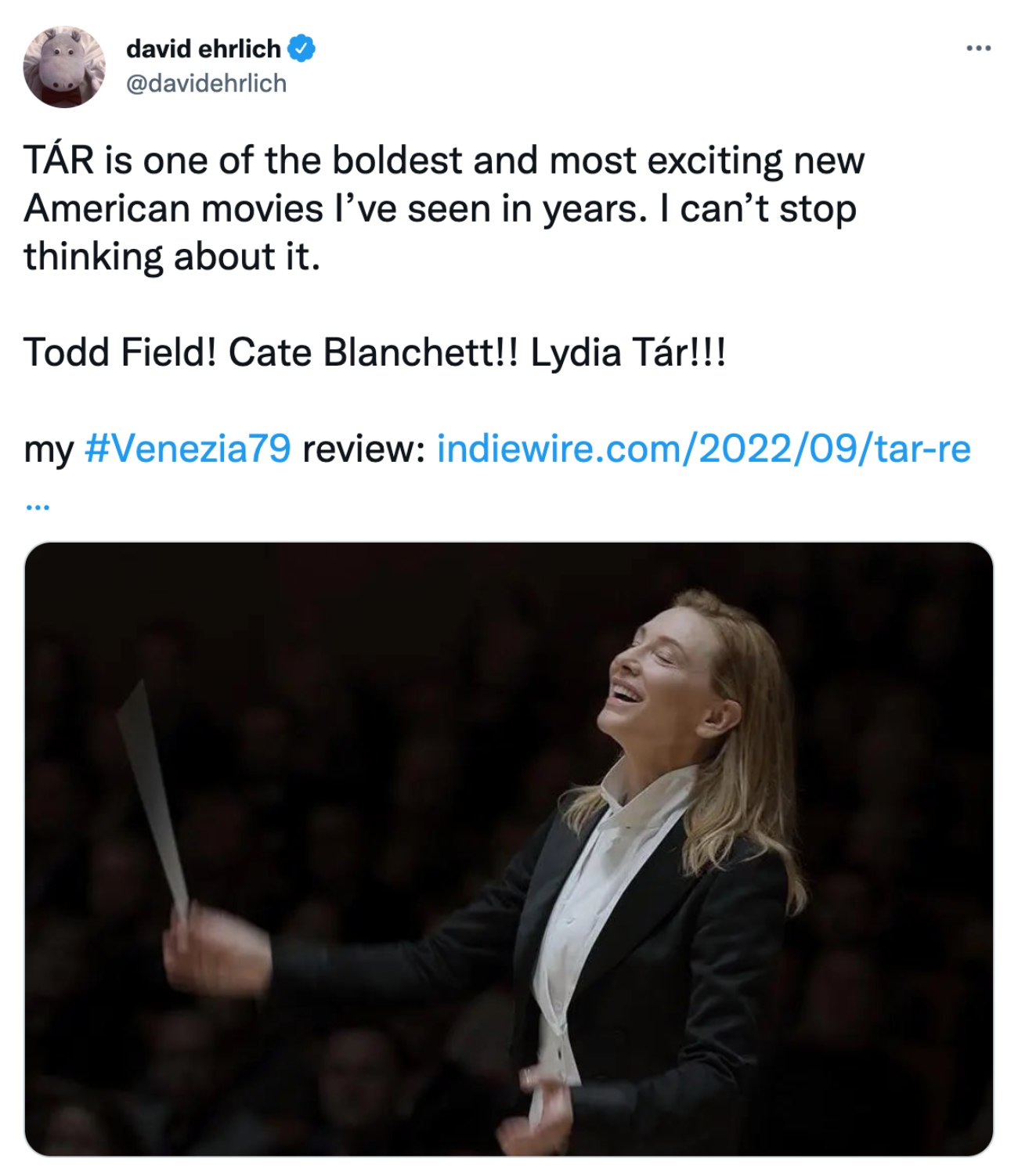 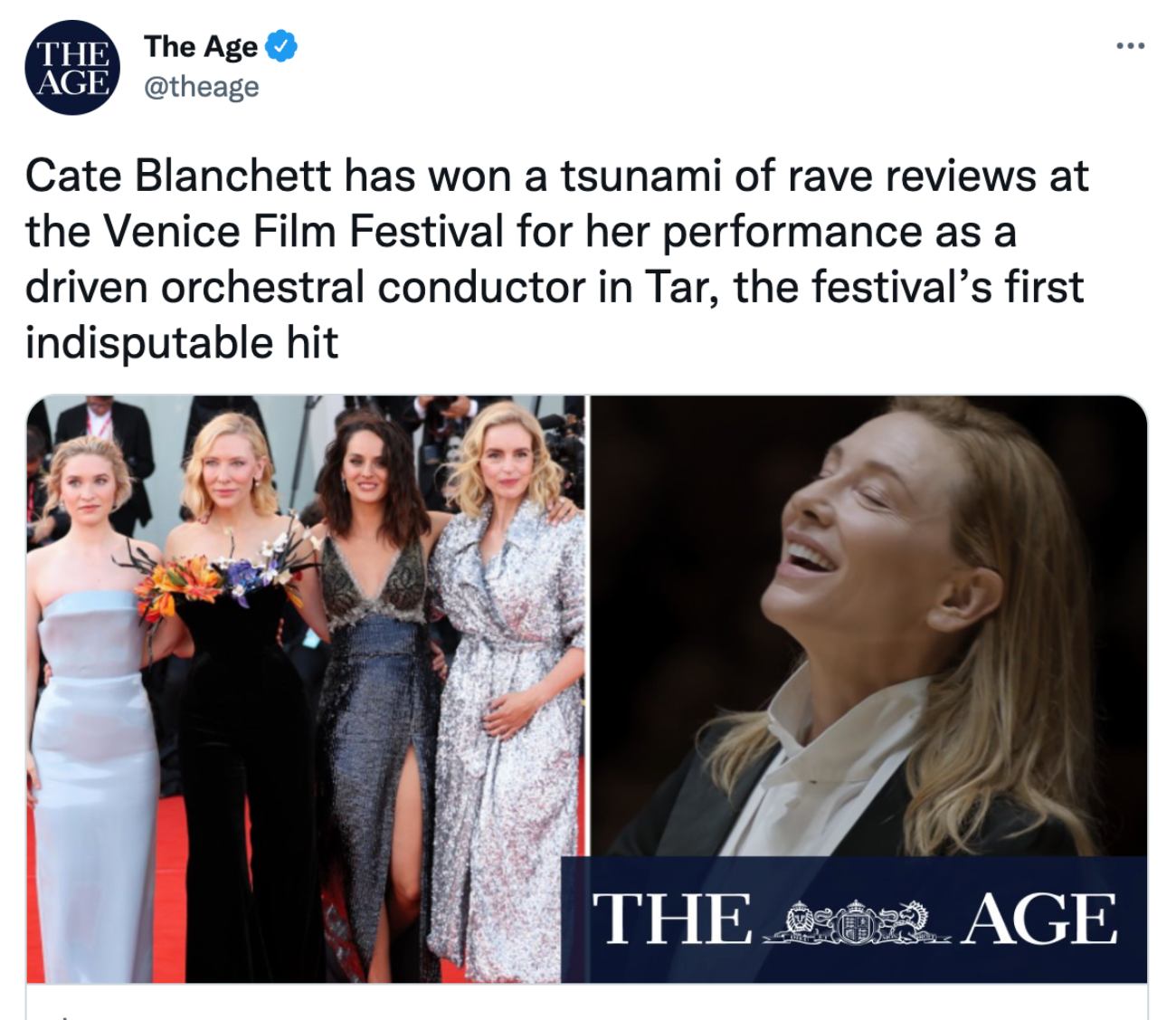