Starring Cate Blanchett in the title role, Todd Field’s TÁR received a six-minute standing ovation when it was premiered at the Venice Film Festival on 1 September. Deutsche Grammophon’s groundbreaking concept album, released today digitally and on CD, captures the process of music-making that lies at the heart of the film. The tracklist ranges from extracts from the Elgar Cello Concerto and Mahler’s Fifth Symphony to a series of stunning new works by Hildur Guðnadóttir. A video for one of these, “Mortar”, will be released by DG on 11 November. Having opened in select US cinemas earlier this month, the film will open wide in the US on 28 October, with international release dates to follow in early 2023. A vinyl edition of the concept album will be issued on 20 January 2023.

Written and directed by three-time Oscar-nominated filmmaker Todd Field, and starring two-time Oscar winner Cate Blanchett (“utterly magnetic … a colossal performance” The Guardian) TÁR tells the story of high-powered composer-conductor Lydia Tár. DG’s concept album complements the film by inviting listeners to experience what Field refers to as “the messiness” of the work involved in preparing classical music for performance, via a combination of audio glimpses from real-life recording sessions, sequences from fictional rehearsals, music listened to by the film’s characters, and completed versions of the music on which we see Lydia working. 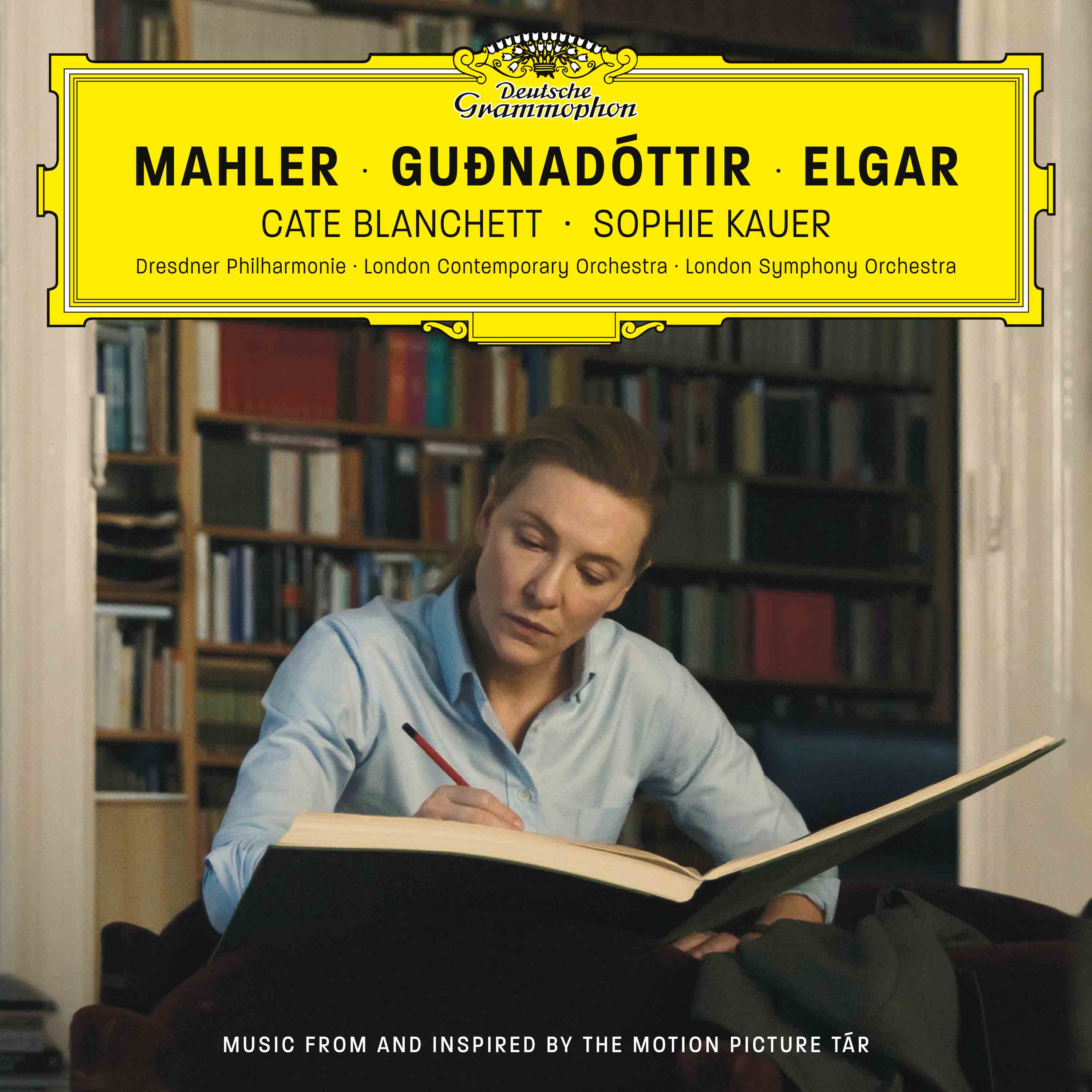 Blanchett can be heard on the album conducting rehearsals of Mahler’s Fifth Symphony (as Lydia Tár) with great skill. She describes her collaboration with the Dresdner Philharmonie and its concertmaster Wolfgang Hentrich as “a great, and life-changing, privilege”. “How truly blessed I am,” adds Blanchett, “to have my name appear anywhere near this ridiculously talented assembly of musicians.” Her skill as a pianist is on evidence here too, as she performs a Prelude from Bach’s Well-tempered Clavier as part of one of Tár’s teaching sessions.

The album also features extracts from the Elgar Cello Concerto, played by young British cellist and actress Sophie Kauer and the London Symphony Orchestra, conducted by Natalie Murray Beale. These are interspersed with working conversations from the Abbey Road sessions, giving listeners a brief glimpse behind the scenes.

Central to both film and concept album is the new music written by DG artist and Oscar and two-time Grammy winner Guðnadóttir, who worked closely with Field from the very early stages of the filmmaking. The album opens with a voice memo she sang to set down what became the main melody of For Petra, the composition on which Tár is working. It also includes part of the recording session for the orchestral version of the work. This is performed by the London Contemporary Orchestra and conductor Robert Ames, and framed by words spoken by the composer. Soloists from the LCO are also heard in the sombre, disquieting Tár for string quartet

Another piece by Guðnadóttir included here is the equally unsettling Mortar, which is performed on cello by the composer. This track now has its own video, specially filmed by Field. “The idea was born from conversations with Cate Blanchett,” explains the director. “This piece of film was conceived as an in-between place for the main character to fall into herself. A place where the natural laws of her waking state do not apply. The shooting process involved all cast members, and was photographed at the end of each day during principal photography in Berlin and South East Asia in 2021. In September 2022 Hildur and I met again in Berlin where she stepped back into this place and bound herself to the other players.”

Guðnadóttir was fascinated by Field’s script as soon as she read it, with its focus on the inner workings of the music-making process and the emotional and psychological elements that invisibly influence composition and performance. “It’s been a real privilege to get to do a deep dive into the multifaceted process of making music with the wonderful artists that manned all the TÁR posts,” she says. “And to get to release the music in a parallel world that is our reality, where we hear music they are writing and rehearsing in the film.”