At this year’s Toronto International Film Festival, Kenneth Branagh’s Belfast captured the audience’s heart and won the coveted People's Choice prize for its touching story of one family’s experiences at the start of the Troubles in Northern Ireland. At the story’s center is Buddy (Jude Hill), a nine-year-old whose life primarily revolved around watching the latest Western at the cinema, hanging out with grandparents (Judi Dench and Ciarán Hinds), helping his Ma (Caitríona Balfe) while his Pa (Jamie Dornan) was working in England, and trying to impress a new girl in his class. But as the threat of political violence begins to loom over Belfast, Buddy and his family must make some hard decisions about their future. The story, loosely based on Branagh’s own experience growing up in Belfast, is seen through Buddy’s eyes. ‘I’ve always found something very compelling about seeing great child performers presenting that moment in life where you have to ‘put away childish things’," explains Branagh. For The Playlist, Buddy “sees the world in all its wonderment, confusion and fear” so when anything happens “it feels more pronounced and heartbreaking.” That perspective creates for Awards Radar “a magical bit of personal filmmaking.”

With Branagh’s Belfast coming to theaters, we look back at other films that recreated the strange, wondrous perspective of childhood to tell their stories.

Watch Belfast in theaters this Friday. 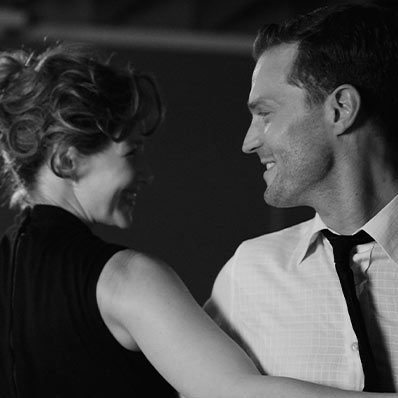 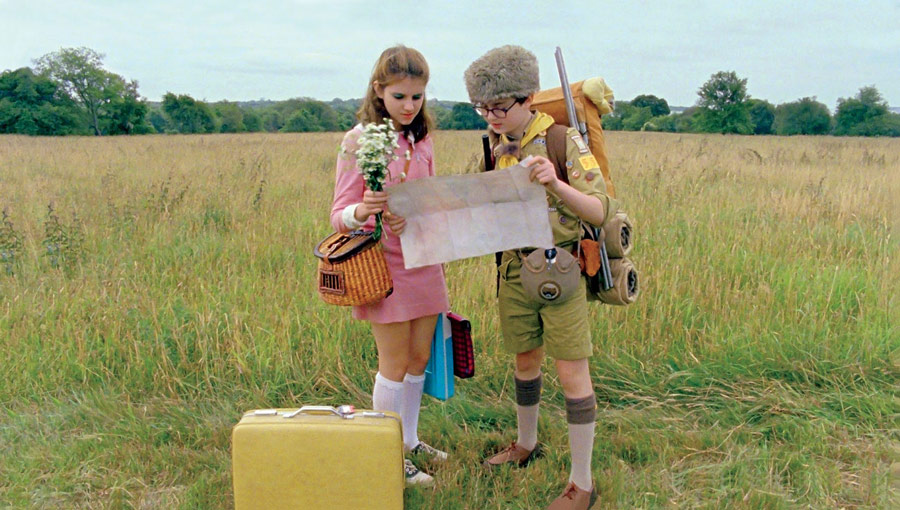 To create the world of Moonrise Kingdom, writer/director Wes Anderson returned to a period of his own life when emotions ran fierce and his imagination was vibrant. “I was remembering how strong those feelings are when you're that age,” Anderson recalls. “Any romantic feelings for a 12-year-old are like entering into a fantasy world." For 12-year-old Sam (Jared Gilman) and Suzy (Kara Hayward), those feelings transformed the tourist-trod island of New Penzance into a wondrous new space filled with adventure, romance, and a magical cove called Moonrise Kingdom. While the adults in their lives (Bruce Willis, Frances McDormand, Tilda Swinton, Bill Murray, and more) drag them back to reality, the two still dream of their shared adventure. Like cherished memories, the story, as The Atlantic notes, “captures the texture of childhood summers, the sense of having a limited amount of time in which to do unlimited things.”

Suzy and Sam in the "I'm on your side" clip from Moonrise Kingdom. 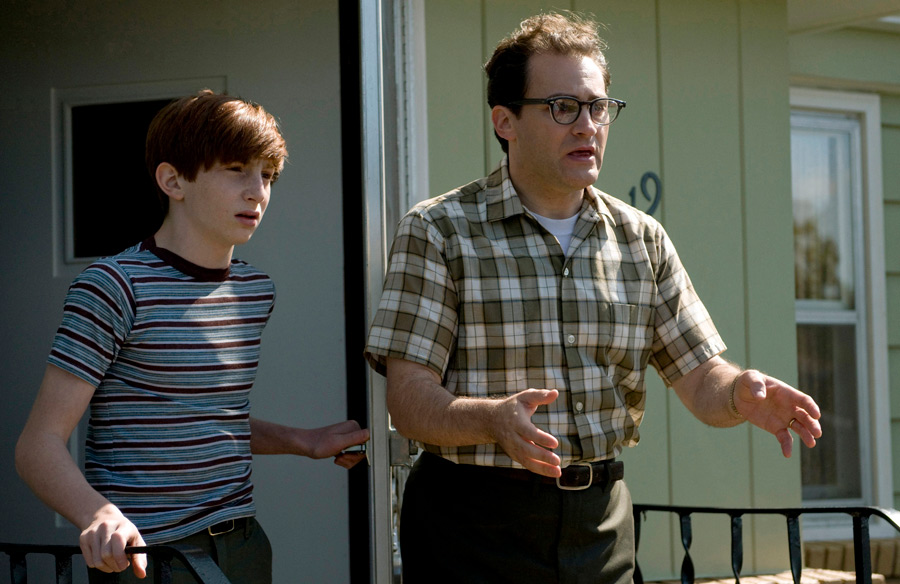 Aaron Wolff and Michael Stuhlbarg in A Serious Man.

In A Serious Man, the story of a mathematics professor (Michael Stuhlbarg) in St. Louis Park, Minnesota in 1967, filmmakers Joel and Ethan Coen return to the world of their childhood. The Coen brothers grew up in St. Louis Park, Minnesota during the sixties when their father was a professor of Economics at the nearby University of Minnesota. Joel Coen prefers to say, “It’s semi-autobiographical… in the sense that the story takes place in a community very much like the one that we grew up in.” Fans of the Coen brother, like the Minnesota Post, feel the film is “about the Coen brothers — collectively embodied in a Jewish teenager named Danny Gopnik (Aaron Wolff) — and how they found their religion not in Hebrew school, but in the likes of F Troop and Jefferson Airplane.” Indeed, Stuhlbarg sees the filmmaking duo in the young actor: “He’s very close to what Joel and Ethan were like when they were that old: a self-possessed, smart, simple, quirky, funny, genuine guy.’’

Watch A Serious Man now on iTunes or Amazon.

The official trailer for A Serious Man. 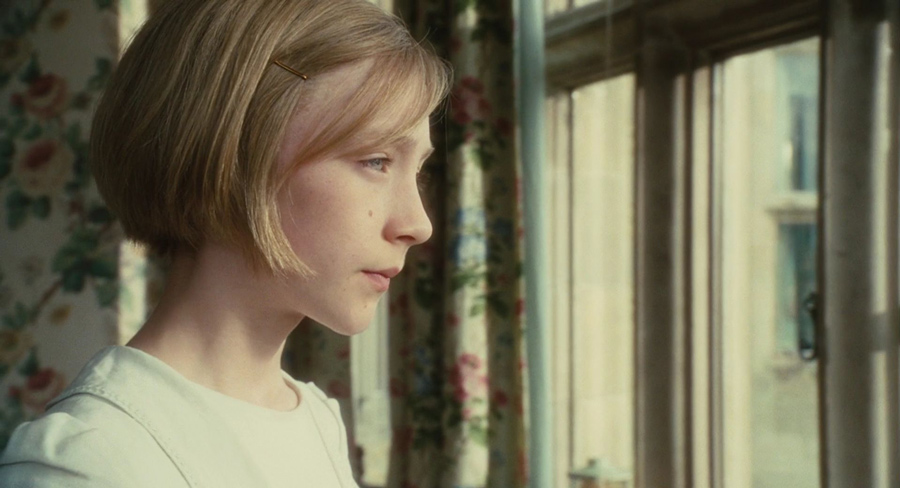 While many films revel in the joy of young imagination, Joe Wright’s Atonement confronts the darker consequences of a child's perspective. In the 1930s, Briony Tallis (Saoirse Ronan), a young, creative nine-year-old, unable to fully comprehend the complexities of adult passion, tells a lie that throws the lives of her sister Cecilia (Keira Knightley) and an ardent local boy, Robbie Turner (James McAvoy), into free fall. Adapted from Ian McEwan’s acclaimed novel, the film, as Newsweek explains, “ruminates on the morality of turning fact into fiction while telling a spellbinding love story that starts in 1930s England, takes us through the battle-scarred landscape of France in World War II and ends, with a rug-pulling twist, in the present.” Ronan, who was nominated for an Academy Award® for her performance, brings, according  to The Standard, “a fiery intensity to the role, mixing a naive vulnerability with a scathing vindictiveness.”

The official trailer of Atonement. 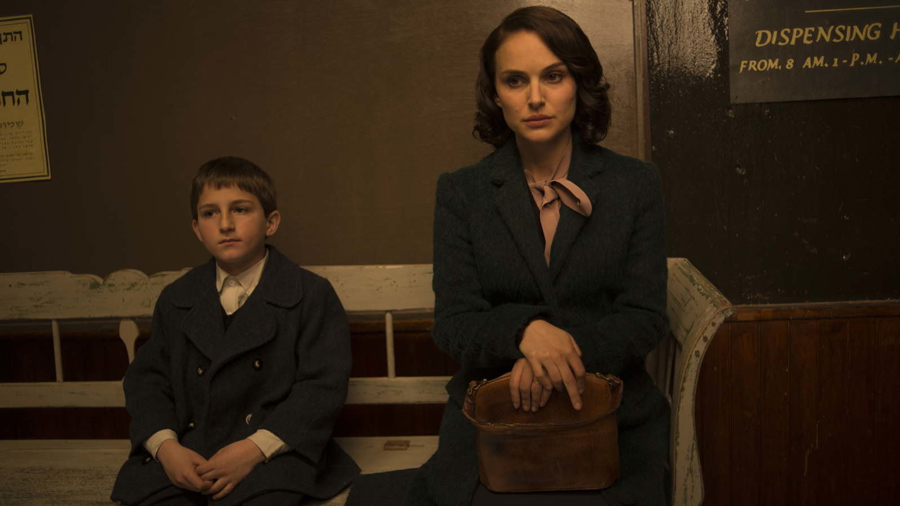 A Tale of Love and Darkness

For her directorial debut, A Tale of Love and Darkness, Natalie Portman adapts Amos Oz’s acclaimed autobiographical novel of the same name. Told from the perspective of Amos Klausner (played by Amir Tessler and Yonatan Shiray), a young boy dealing with his sometimes volatile, sometimes depressed mother (Portman), the film captures Israel’s emergence as a nation through Amos’ coming-of-age tale. As Rolling Stone points out, Portman “is using this film to draw psychological profiles of a young child and a younger state.” For Portman, however, the story also reflects her growth as a filmmaker and storyteller. “As I got older,” Portman notes, “the part that became more resonant to me was the idea that the stories we tell ourselves over and over as children create the expectations for the life we’re going to live.”

Watch A Tale of Love and Darkness now on iTunes or Amazon.

The official trailer for A Tale of Love and Darkness. 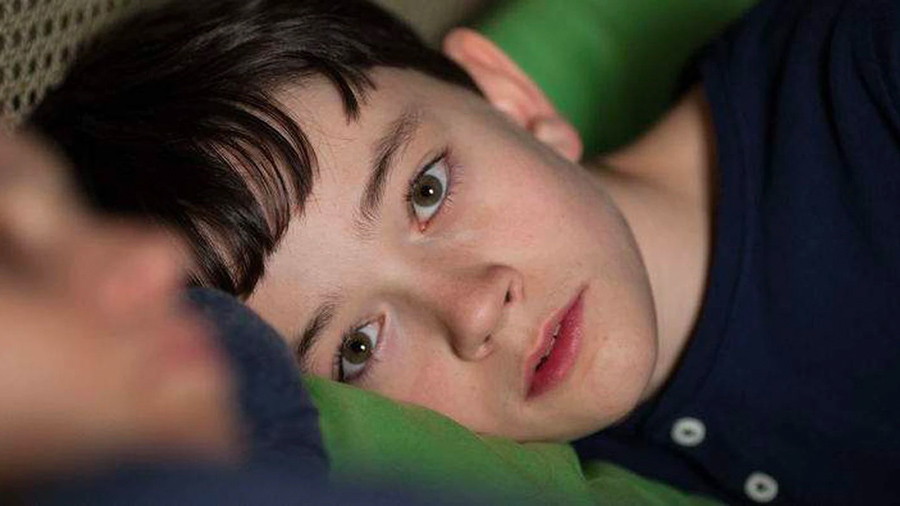 Lewis MacDougall in A Monster Calls.

Adapted from Patrick Ness's book, J. A. Bayona’s A Monster Calls reimagines the world from the view of a child forced to encounter an impossible tragedy. Dealing with a seriously ill mother (Felicity Jones) at home and bullies at school, Conor (Lewis MacDougall) retreats into his imagination, conjuring up a giant tree (voiced by Liam Neeson) coming to life to protect him. For Ness, the director maintained what was essential in the book. "Bayona really got it from the start,” Ness notes. “He understood about not softening what’s difficult. He takes a child’s point of view seriously, which is what I do.” Indeed,  the film’s determination to stay honest about a  child's imagination made the movie so special to so many. For the St. Louis Post-Dispatch, A Monster Calls "is a boldly imaginative film that gets to the essence of childhood, its insecurities and its virtues.”

Watch A Monster Calls now on iTunes or Amazon.

The official trailer for A Monster Calls.