From Edinburgh To Elizabeth’s Court: Visiting The World Of Mary Queen of Scots

In Josie Rourke’s Mary Queen of Scots, Saoirse Ronan captures the celebrated monarch from her return to Scotland to claim her throne in 1561 to her ill-fated death in 1587. As a young ruler, Mary fought to unite Scotland, even as she battled competing lords and rivals from within and the domineering influence of England—ruled by her cousin, Queen Elizabeth I (Margot Robbie)—from the south. Her short reign ended on July 24, 1567, when she was forced by the Scottish court to abdicate her throne, handing her crown over to her one-year-old son James (who would eventually become the King of England).

The story of Mary is emotionally and historically tied to the epic grandeur of the land she fought so hard for. “We wanted to do as much as possible in Scotland,” explains director Rourke. “Scotland is an extraordinary country, and it matches the scale of the story and the scale of what happens to Mary at certain points in the film.” If Scotland—or England—is part of your summer travel plans, be sure to visit the places and palaces that bring Mary’s story to life.

Get Mary Queen of Scots on iTunes and at Amazon.

Perhaps the best place to get started with your Mary Queen of Scots tour is in Edinburgh, where one can do one’s research as well as soak in some local culture. The Scottish National Portrait Gallery is filled with images of historical figures who appear in Mary Queen of Scots. From a famous full-length portrait of Mary to many drawings of her short-lived husband, Lord Darnley (played by Jack Lowden), to dramatic tableaus like Sir William Allan’s 1833 The Murder of David Rizzio, the museum offers much to see. To research her character, Ronan spent hours at the National Museum of Scotland, which houses a treasure trove of original artifacts. While Mary’s official residence at the Palace of Holyroodhouse was recreated on a sound stage (in a slightly different form) for the film, the actual place still exists. There you can wander through the same halls and rooms that Mary once lived in. 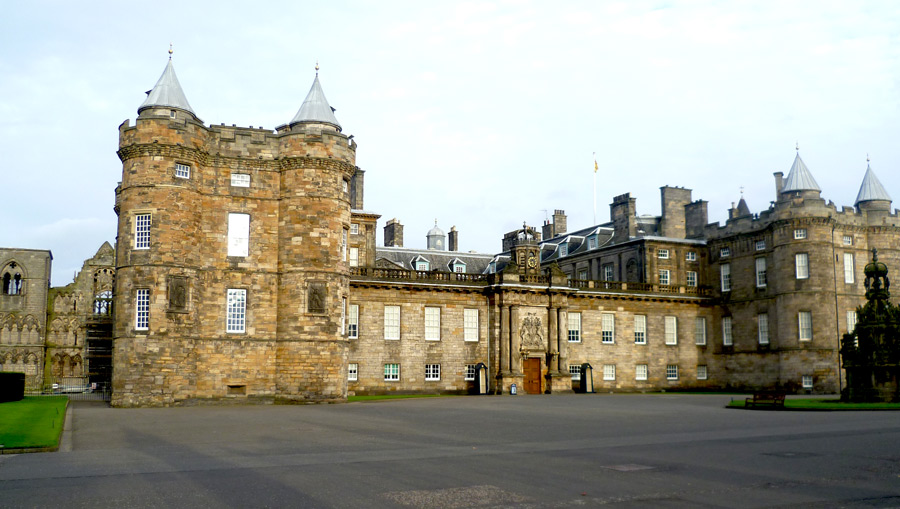 Mary Queen of Scots begins as young monarch lands on the Scottish coast. In 1548, a five-year-old Mary was shipped to France where she was pledged to marry the French heir, himself only three. A decade later, Mary and the soon-to-be King Francis II married, a union cut short when the king died at the age of 16. A widow and a foreigner, the 18-year-old Mary returned to Scotland to reclaim her throne. Shots of Mary looking out over East Lothian’s Seacliff Beach near North Berwick perfectly capture the grand meeting of sky, sea, and land that make Scotland so unforgettable. In East Lotharian you can also visit Hailes Castle, where Mary stayed with Lord Bothwell (Martin Compston) in 1567. (Get a real taste of Scotland at the Glenkinchie Distillery while there.) 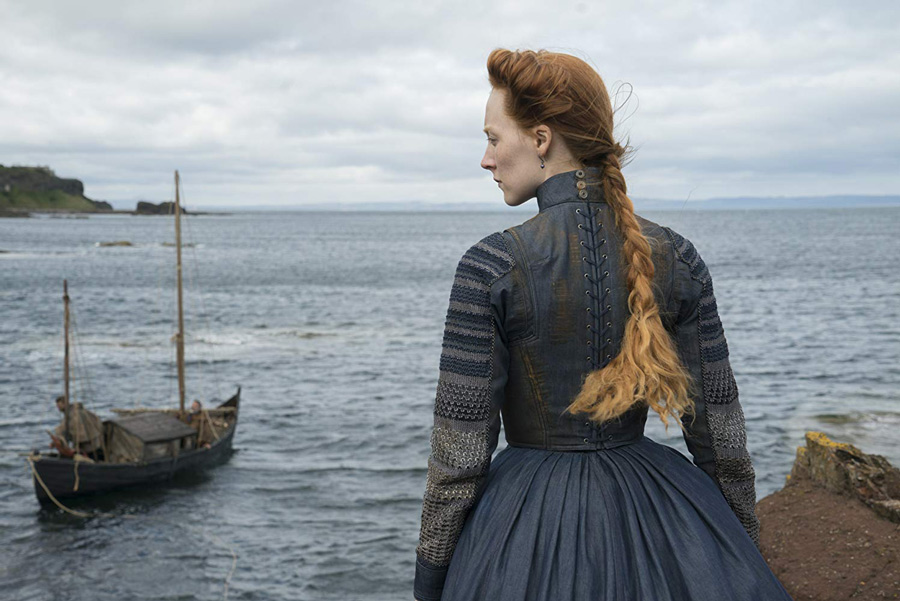 Blackness Castle in West Lothian | The spirit of Mary's court

While the Holyroodhouse Palace in the movie was built on a soundstage in Pinewood Studios, production designer James Merifield took his inspiration from Blackness Castle in West Lothian. “I was really taken by the fact that it was a very organic space," he explains. “All the architecture appears to grow out of the rock.” Indeed the exterior of the ancient abode doubles for Holyrood at the beginning of the movie. The striking fortress that overlooks the Firth of Forth—thus gaining it the nickname “the ship that never sailed—was built in the 1440s as a royal home, before going on to serve as a munitions depot, state prison, and now national monument. 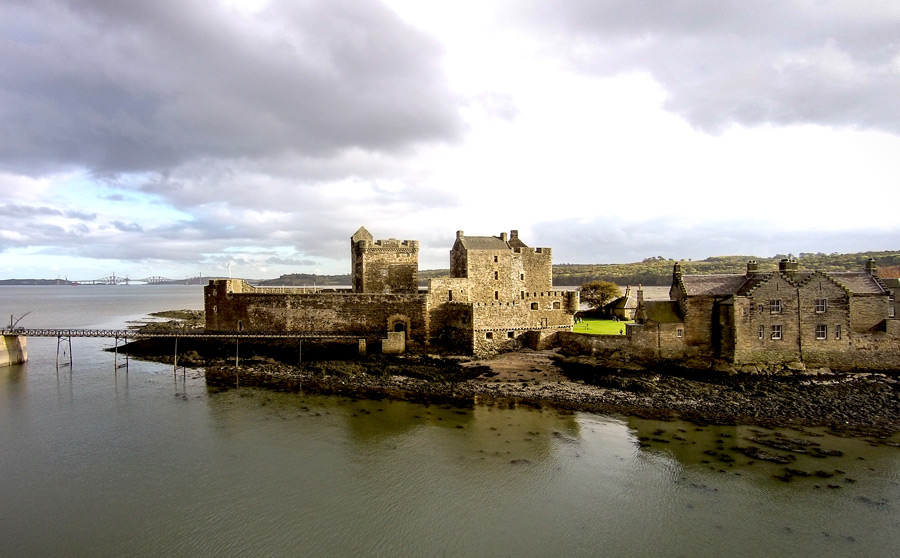 To show off the country’s landscape, Mary Queen of Scots features breathtaking scenes of Mary traveling through Glen Coe, one of Scotland’s most dramatic glens. “The energy you got from being up in the mountains at Glen Coe was stunning,” noted Ronan. "Mary is so connected to the land…so to be able to feed off of that in Scotland was amazing.” Named for the river Coe which runs through it, Glen Coe's spectacular landscape, swooping up from the green valley to the rocky mountains above, has been featured in films as diverse as Harry Potter and the Prisoner of Azkaban and the James Bond adventure Skyfall. For visitors, there are a number of walking tours to explore the highlands. 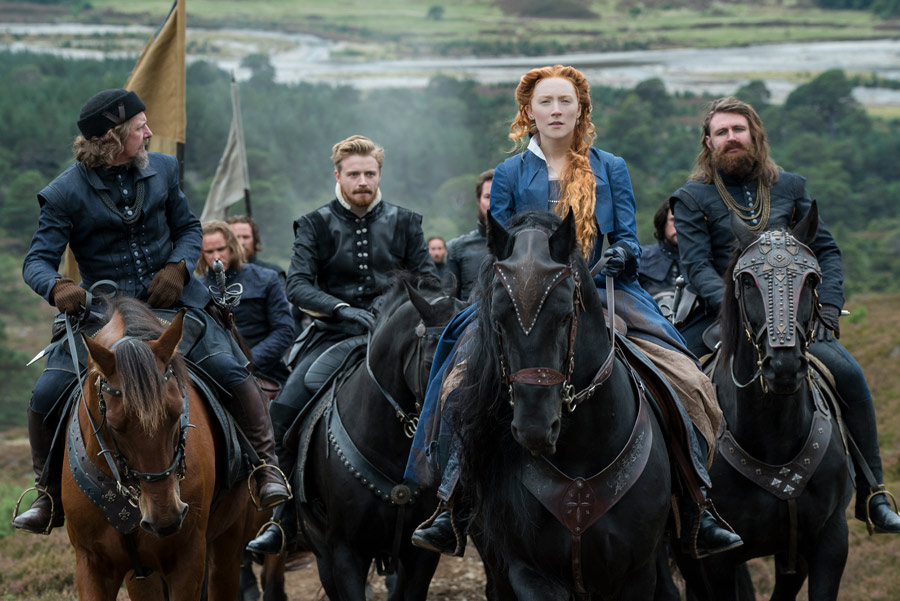 As Mary rose to power in Scotland, Queen Elizabeth I and her advisors watched on with cautious concern from London. To showcase Elizabeth’s regal world, the production found a number of locations to double for actual historical sites. Many court scenes were shot at  Gloucester Cathedral,  whose vaulted ceiling and intricate details showcase the grand gothic style. “Our inspiration for Elizabeth grew out of the gothic look of Gloucester Cathedral,” explains production designer Merifield. Built in 1089, the cathedral was meticulously restored in the late 19th century to show off its elaborate design. Other locales, like Hardwick Hall and the Divinity School next to the Bodleian Library in Oxford, provided architecturally appropriate backdrops for Elizabeth's court. The famous Haddon Hall Manor—which also appears in Pride & Prejudice—shows up in both exteriors and interiors. 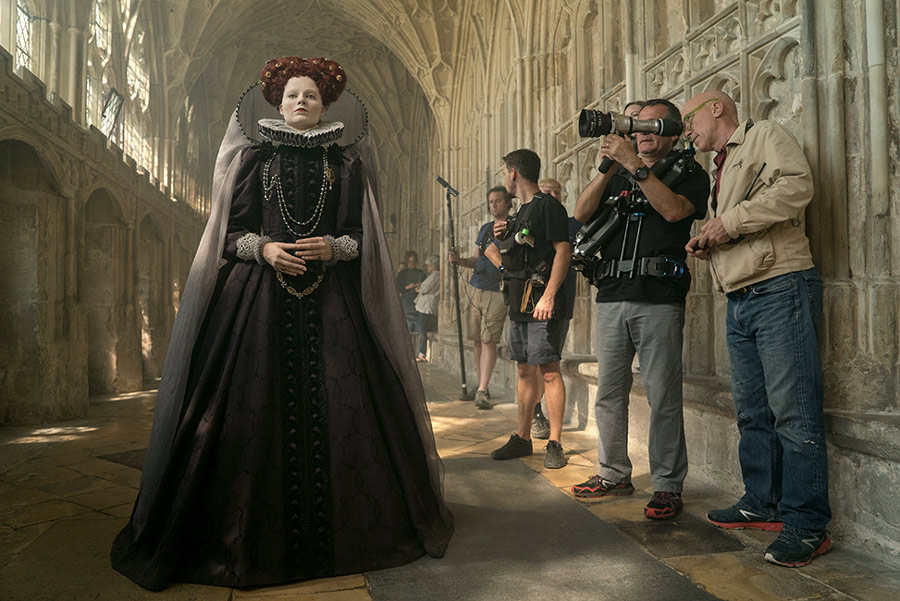