Hot Off The Press: Promising Young Woman Heats Up Sundance

At this year’s Sundance Film Festival, writer/director Emerald Fennell’s debut Promising Young Woman (in theaters April 17) has been heating up the normally snowy streets of Park City. As a woman who has had her ambitions derailed by the cruelty of others, Cassie (Carey Mulligan) only appears to live a down-trodden life. In fact, she’s just getting started reclaiming her future and righting past wrongs. In a dynamite performance, Mulligan leads a remarkable cast that includes Bo Burnham, Laverne Cox, Connie Britton, Jennifer Coolidge, Max Greenfield,  and Molly Shannon. Critics and audiences were dazzled and delighted by this film which, according to Collider, “is so razor sharp you'll have to check yourself for wounds.”

Here is just a taste of the fun audiences had with Promising Young Woman at Sundance.

As one of the hottest tickets at Sundance, Promising Young Woman more than lived up to its reputation. 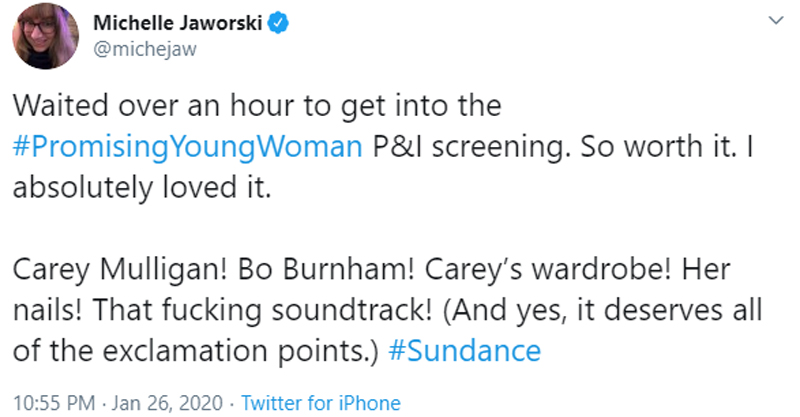 For one, Carey Mulligan gives a scorching performance. 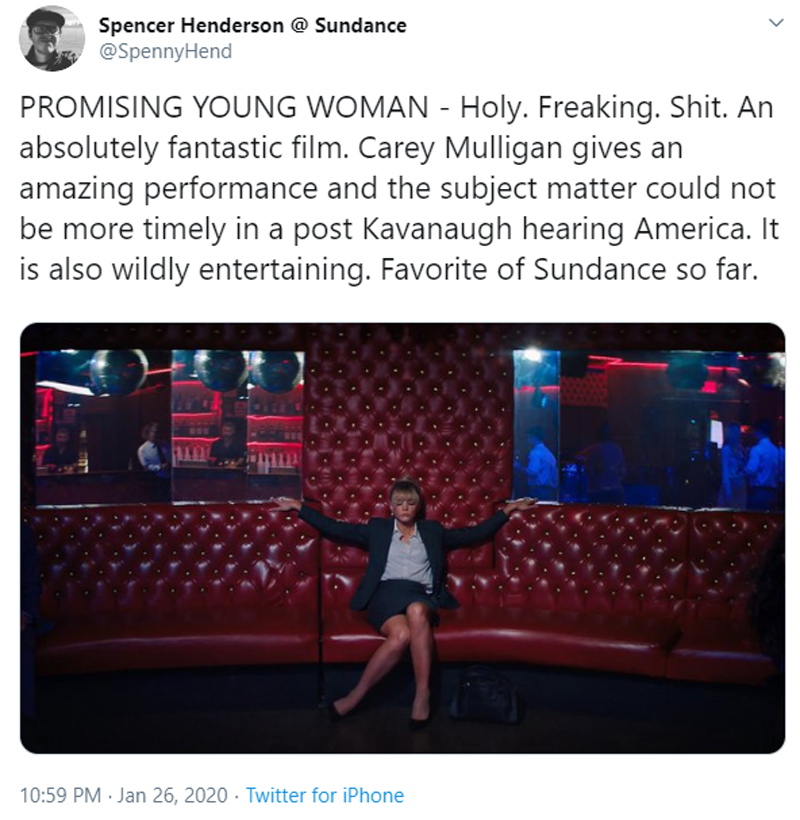 Bo Burnham was a revelation.

And the music. Did we mention the music?

At the same time, festival goers left with a lot to think about.

And then there were the nails… 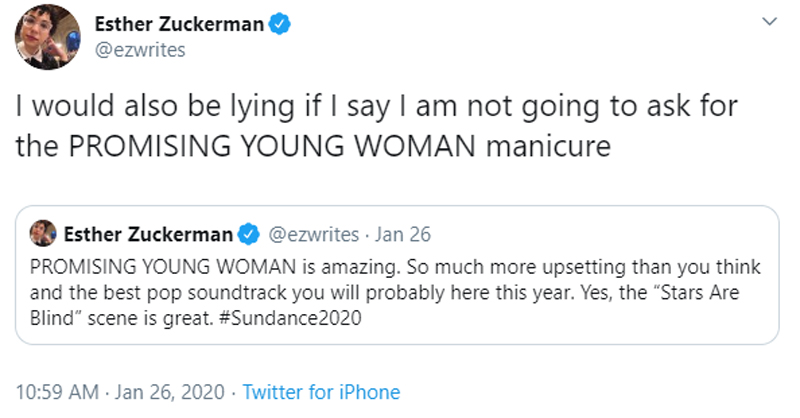