Christopher Plummer, who passed away today at the age of 91, leaves behind a stunning legacy of work. From the moment he walked onto the screen, Plummer generated a presence of towering nobility and quiet intelligence with just a touch of mischief.

Born in Toronto to a powerful and influential family—his great grandfather was Canada’s third Prime Minister—Plummer grew up loving the arts. In high school, he traded in his dream of becoming a concert pianist for a career in the theater. He was so passionate about drama that he decided to skip college in order to become a professional actor. In 1953, he both made his television debut in a Canadian production of Othello and appeared in his first Broadway play. In 1965, his role as the aloof Captain von Trapp in The Sound of Music turned him into an international star and paved the way to a remarkable career. While Shakespeare was his love, his versatility allowed him to move easily from TV to stage, blockbusters to art house, Macbeth to musicals.

The official trailer for Beginners with Christoper Plummer. 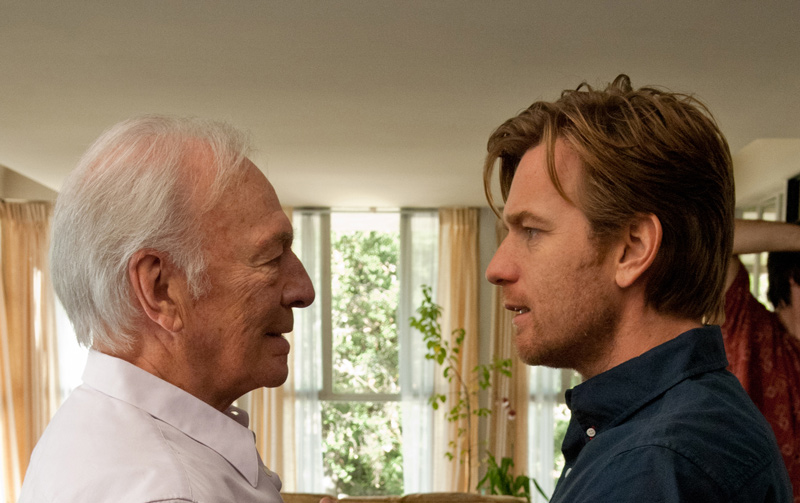 Despite his reputation and acclaim, his first Oscar® nomination wasn’t until 2009, and his first and only Academy Award® came in 2011 for his unforgettable performance in Mike Mills’ Beginners. In the film, he plays Hal, a museum director who comes out of the closet in his golden years, embracing his new identity with verve and vitality. Facing the reality of his illness, Plummer's character provided his son, Oliver (Ewan McGregor), a model for how to live richly at any age. Critics and audiences were overwhelmed by Plummer’s performance. The Guardian noted how he brought “a rare wit, compassion and unsanctimonious grace to the role” and The New York Times reminded us of his “killer eyes (still seducing after all these years) and a voice that echoes in your ears.” At 82, he became the oldest Oscar® winner on record.

On hearing of his passing, writer/director Mike Mills remembered his noble star: “In his 80’s when we met, I marveled at his intense curiosity, hunger to make something vulnerable, and his need to challenge himself. Christopher was both dignified and mischievous, deeply cultured and always looking for a good laugh. As he said about playing my father who was dying ‘not an ounce of self-pity’, and that’s how he was. I’ll always be indebted to Christopher for honoring the story of an older man who dares to come out of the closet, to overcome shame with grace, and intelligence, and a rowdy desire for life – Christopher knew how to make that story alive for so many people.”