Family First: 6 Movies That Prove There’s No Place Like Home

Remarkable films about real families, from Boy Erased to Away We Go, for Thanksgiving.

Boy Erased’s writer/director Joel Edgerton was first drawn to Garrard Conley’s powerful memoir by its focus on the family. Even though Leo Tolstoy famously wrote, “Happy families are all alike; every unhappy family is unhappy in its own way,” Edgerton was taken by the way family conflict actually unites us. “Pass any street," explains Edgerton, and "you don’t know what’s going on under that roof and how that family is beating each other up or combusting or loving or anything. I came out of Boy Erased going, ‘This is actually about love and the need for acceptance.’” While Jared’s (Lucas Hedges) belief that he might be gay pushes his parents (Russell Crowe and Nicole Kidman) to enroll him in conversion therapy in the film, the journey he takes to accept himself is one shared by the entire family.

This Thanksgiving, as we sit down with our families, putting our love for each other before our individual differences, we want to celebrate the always complex, often confusing thing we call family. We are highlighting some of our favorite films that explore the drama and comedy that define family. From a couple looking for the right place to call home to parents finding room in their lives for grief, here are stories that put family first.

Away We Go | Finding the home you need

In Sam Mendes' Away We Go, Verona De Tessant (Maya Rudolph) and Burt Farlander (John Krasinski) tour North America from Phoenix to Montreal in search of the right place to start a family. At each spot, different families comically present themselves as models—mostly to be avoided. “The notions of what it takes to raise a family and what constitutes a happy upbringing are explored in subtle and intriguing ways,” notes USA Today. Beyond the comedy, however, the film offers a touching reminder how family is what’s inside you, not what you leave behind. “A lot of people go through life as family being a thing you are tied to,” explains Rudolph. “You have the freedom to create your own home by creating your own family.”

The Kids Are All Right | A new family comedy

While Lisa Cholodenko’s The Kids Are All Right takes an unconventional approach to explore traditional family values, the director always viewed it as a story for everyone. “From the inception, I wanted The Kids Are All Right to be a mainstream movie about a gay family that was irreverent, funny, heartbreaking, and true,” explains Cholodenko. Nic (Annette Bening) and Jules (Julianne Moore) find their seemingly perfect family going off the rails when their two kids, Laser (Josh Hutcherson) and his 18-year-old sister Joni (Mia Wasikowska), seek out their biological dad Paul (Mark Ruffalo). For many, however, it’s not the film’s familial arrangement as much as its poignant realism that make the story stand out. For The New York Times, The Kids Are All Right is “so canny in its insights and so agile in its negotiation of complex emotions that it deserves to stand on its own.”

Get The Kids Are All Right now on iTunes or at Amazon.

The Place Beyond The Pines | The inescapable pull of family

In some stories, family is both a place people call home and the thing they can never escape. In Derek Cianfrance’s epic thriller The Place Beyond the Pines, two very different families run side by side for generations, occasionally colliding with tragic consequences. When Luke (Ryan Gosling) discovers that he has had son, Jason, from an old relationship, he attempts to augment his motorcycling stunt driving work by robbing banks. Avery (Bradley Cooper), a rookie cop with big ambitions, stakes his and his son A.J.’s future on stopping Luke. Fifteen years later, the bad blood between these two men is spilt again when their sons, A. J. (Emory Cohen) and Jason (Dane DeHaan), find the past returning to haunt them. “I am drawn to tell stories about families,” explains Cianfrance. But here, as The Observer notes, "It’s a dysfunctional family saga on a grand scale.”

Get The Place Beyond the Pines now on iTunes or at Amazon.

Ryan Gosling is a dad on a mission in the official trailer for The Place Beyond the Pines.

Loving | A family that changed history

In Jeff Nichols' Loving, a real-life couple, Richard (Joel Edgerton) and Mildred Loving (Ruth Negga), struggle to raise their family in the area they grew up in. When the state of Virginia, however, prosecutes them for being of mixed-race couple, the very existence of their family is called into question. While the family’s name is immortalized in the Supreme Court case Loving v. Virginia, the monumental decision that invalidated laws prohibiting interracial marriage, their desire to have a safe home goes beyond history and politics. “There’s something about people who just want to be allowed to start a family that is timeless and always will be,” wrote RogerEbert.com. “It takes an incredibly talented trio of people in Nichols, Negga and Edgerton to convey that timelessness in a way that feels genuine.”

Get Loving now on iTunes or at Amazon.

The Door In The Floor | A house divided

Adapted from the first third of John Irving’s A Widow for One Year, Tod Williams’ The Door in The Floor combines, according to Empire, “a coming-of-age tale with a cryptic study of how grief can dismantle a family.” When the celebrated children’s book illustrator Ted Cole (Jeff Bridges) hires aspiring author Eddie (Jon Foster) to help him out at his Hampton home one summer, the young writer discovers a house divided. Both Ted and his estranged wife (Kim Basinger) struggle to maintain some semblance of home by shielding their young daughter Ruth (Elle Fanning) from the tragedy of their two sons having died in a car accident a few years before, but the couple’s angry and implosive grief erodes the family foundation. The film, like the novel it’s based on, has “the wisdom to know that life doesn’t lay itself out in easy categories,” explains Rolling Stone.

Get The Door in the Floor now at Amazon. 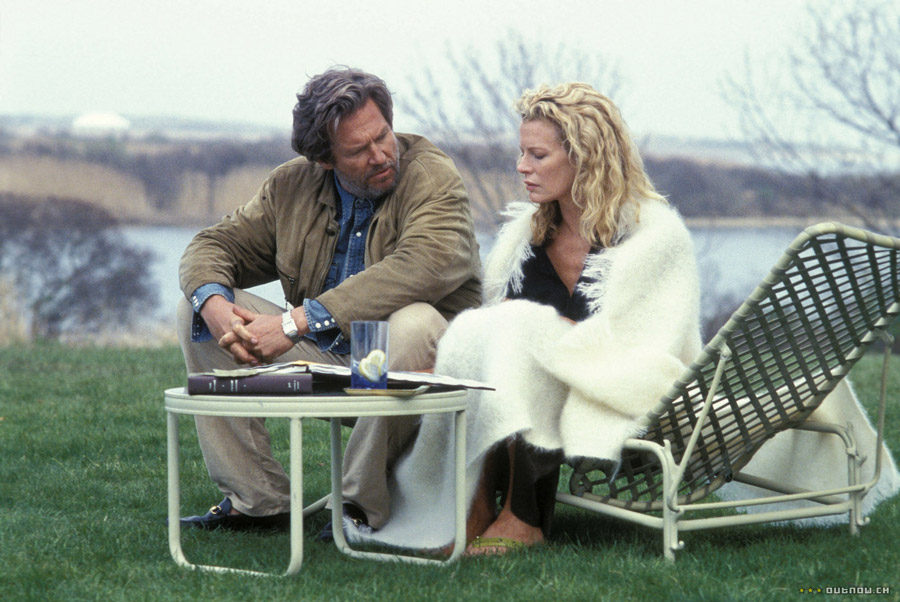