What Makes Alicia Vikander Perfect For Every Role

From Anna Karenina to The Danish Girl to Blue Bayou, the Swedish superstar shines

In Justin Chon’s Blue Bayou, Alicia Vikander plays Kathy, the wife of Antonio (Chon), an adoptee from Korea who grew up in Louisiana. For Vikander, who has played roles ranging from aristocrats to androids with equal skill, assuming the role of an American woman in the deep South was a new challenge. “I wanted to play that kind of naturalistic drama in America, but no one has ever really offered me that,” Vikander explains. While Chon relished the idea that the Swedish-born Vikander would bring a new perspective to the story of immigration, he most welcomed her dramatic virtuosity. “She’s so talented that I felt that she was going to bring a depth to Kathy that maybe I didn’t even entirely write on the page,” Chon noted. Indeed as the San Francisco Chronicle writes, "Vikander’s meaty performance... elevates the standard wife-trying-to-keep-the-family-together role well above cliche."

Born and raised in Gothenburg, Vikander took to performing at an early age, acting in stage productions at the local opera house and putting in long hours of training to be a dancer at Stockholm’s Royal Swedish Ballet School. After her dream of becoming a principal ballerina was cut short by injuries, Vikander planned to enter law school. But being cast as the lead in the film Pure changed everything. She won the Swedish Guldbagge Award for best actress and was soon on every casting director’s shortlist.

Within in a few years, Alicia Vikander had become an international star, moving with ease between literary adaptations, cerebral sci-fi, and propulsive action films. To celebrate her performance in Blue Bayou, we’re remembering the films and qualities that demonstrate her extraordinary talent. 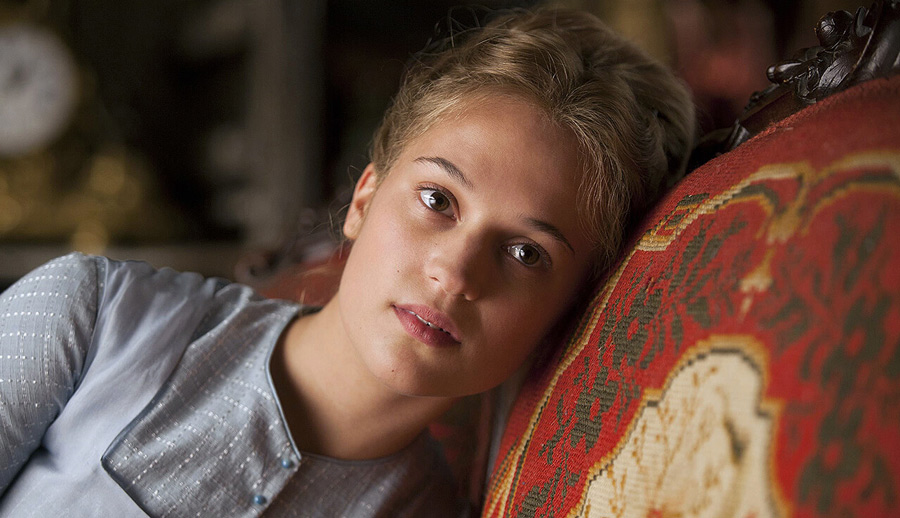 With each new role, Vikander finds a way to bring something unique and unexpected to her character. When cast as Kitty, the love interest of Levin (Domhnall Gleeson), in Joe Wright’s adaptation of Anna Karenina, Vikander reexamined her memories of the novel to find her approach. “I thought Kitty was this young, naïve girl who didn't stand up for herself,” Vikander recalls. “I had to have more experience in life and now I understand every decision and the things they gave up or fought for." In Vikander’s hands. Princess Kitty becomes a thoughtful young woman deeply considering the nature of love itself. "Vikander does wonders with a tricky part that’s written on the page as to be almost saint-like, but she never lets you forget the real human being there as well,” exclaims Indiewire. From major motion pictures to music video projects, Vikander brings the same transcendent quality. When The National’s lead singer Matt Berninger saw Vikander in Mike Mills' film for their album I Am Easy To Find, he was overwhelmed: “It only takes an instant to forget that you’re watching a superstar. Then you just kind of see this being, this soul…” 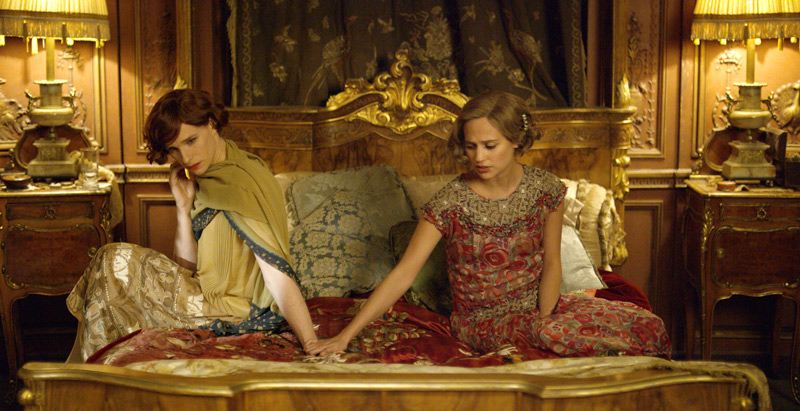 Eddie Redmayne and Alicia Vikander in The Danish Girl.

“A Capacity to Feel that is Volcanic”

In Tom Hooper’s The Danish Girl, Vikander plays Gerda, the wife of Einar (Eddie Redmayne), who transitions to become Lili Erbe over the course of the film. She won the Academy Award for Best Supporting Actress for her performance. While the film rightly spotlights the true story of Lili Erbe’s remarkable journey to becoming herself in the 1920s, Gerda’s shifting role from wife to friend to witness brings an unexpected depth. As Lili accepts who she is, Gerda has to take responsibility for who she will become. "Lili can't choose to be herself. That's just who she is.," explains Vikander. "Gerda can make the choice to stand by and support her."  Critics, too, were taken with her extraordinary performance, creating a character that both supported and reflected Eddie Redmayne’s. “Though much of the acting attention in The Danish Girl will understandably go to Redmayne,” noted The Los Angeles Times. “Vikander’s position as the audience surrogate plus her energy and passion as Gerda, a woman facing an exceptional challenge to her love of her husband, is more than essential.” For co-star Redmayne, “There’s this other thing that has nothing to do with her technical brilliance. A kind of deep emotion and capacity to feel that is volcanic.”

Watch The Danish Girl now on iTunes or Amazon.