The Trailer for Polite Society Charmed the Internet, and Here are the Tweets to Prove It

The trailer for Nida Manzoor’s debut feature Polite Society dropped on January 18, and Twitter is spirited. In the merry martial arts romp, Ria Khan (Priya Kansara), a high school student who dreams of becoming a world-class stunt person, is determined to save her sister, Lena (Ritu Arya), from what she believes will be a disastrous wedding. To accomplish this, Ria and her school pals plot the ultimate wedding-heist.

“I love martial arts,” writes Cinelinx. “Combine that with a bit of teen-comedy flair and it’s a recipe for solid humor and action all around.” Punch Drunk Critics adds, “You cannot watch the trailer and come away with anything but a smile on your face.”

This past weekend, Polite Society premiered at the Sundance Film Festival and received a hefty dose of praise, adding to the excitement. So amidst the buzz around the film, which opens in theaters on April 28, here are a few tweets about its trailer.

The official trailer for Polite Society 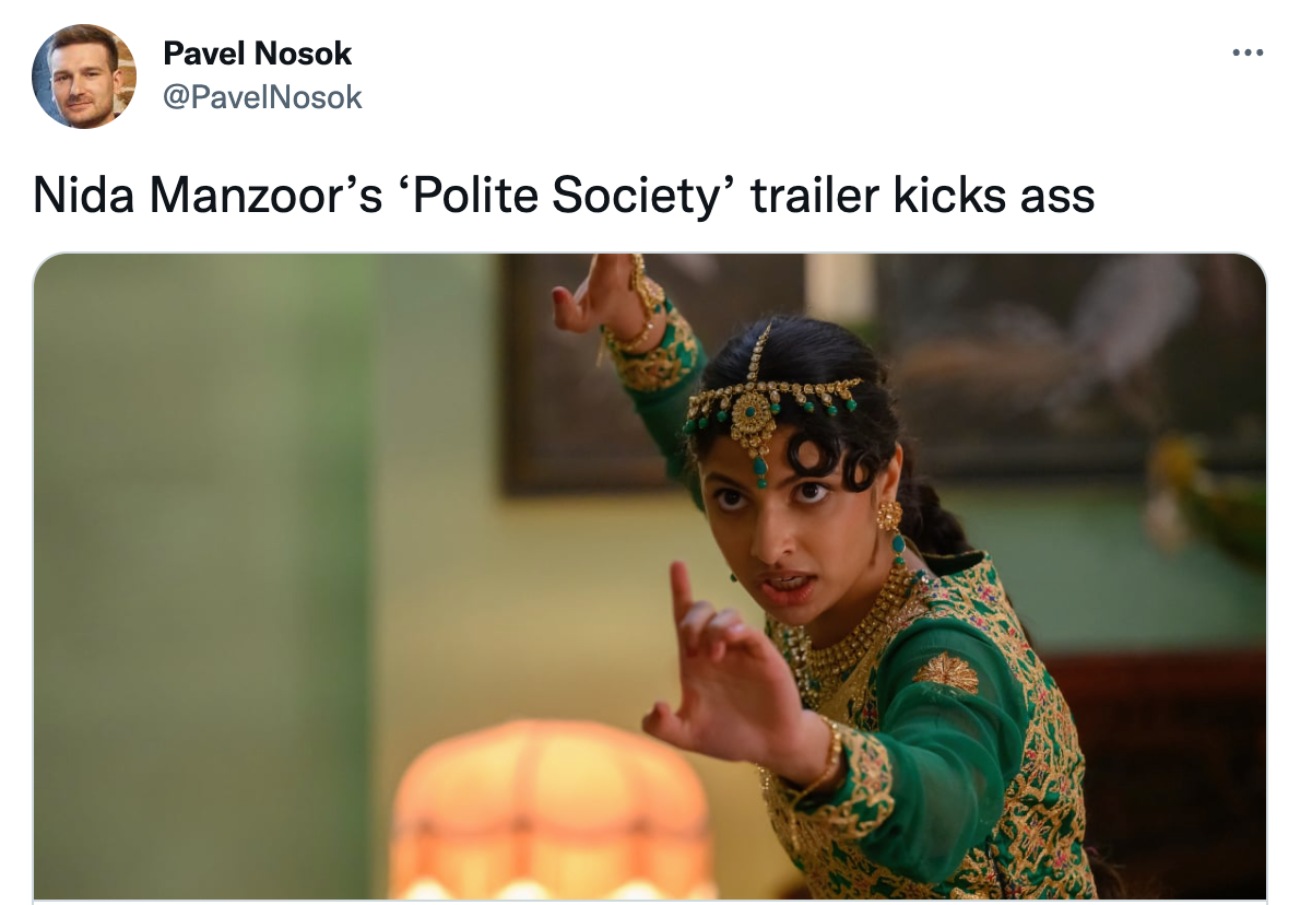