What Everyone Is Saying About Phantom Thread

Spoiler alert: they love it.

Paul Thomas Anderson's Phantom Thread is a film full of passion – the passion between a London fashion designer (Daniel Day-Lewis) and his muse and lover (Vicky Krieps), the passion for fine tailoring and couture fashion, and the passion for perfection. So it isn't surprising that Phantom Thread is eliciting such a passionate response from people across the entertainment field (songwriters, filmmakers, performers). Here's what they said! 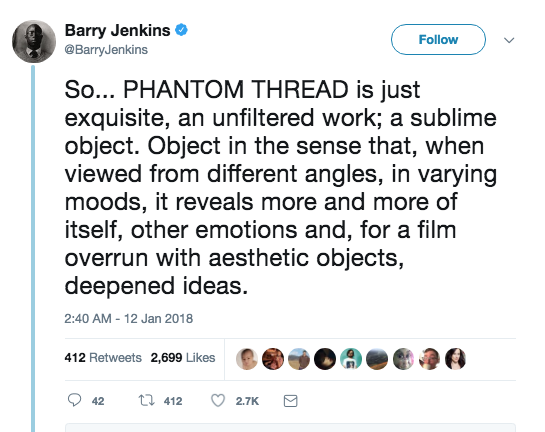 "Uptown Funk" songwriter Mark Ronson knows a hit when he sees one.

It's on writer and singer Eric Hutchinson's mind. 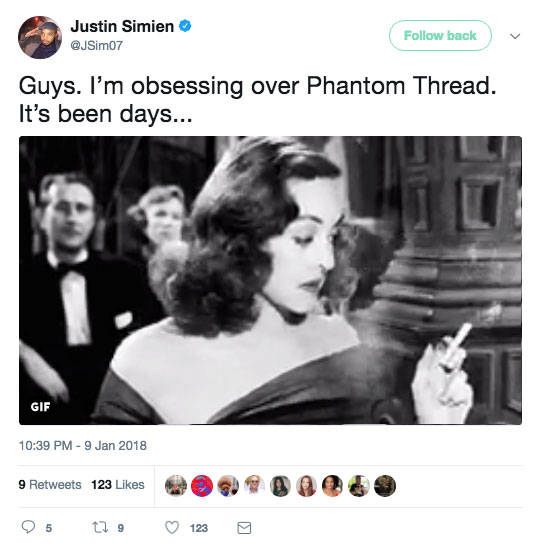 For Andy Richter, his expectations were gleefully subverted. 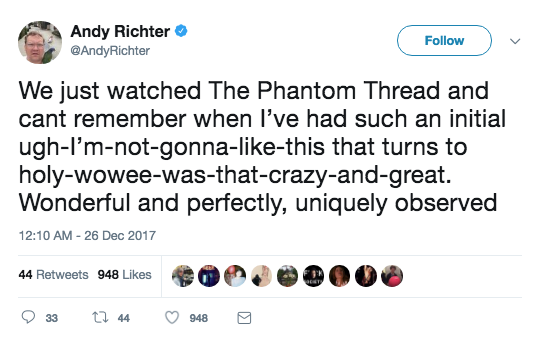 Pedro Almodóvar told Indiewire Phantom Thread was one of his favorites of the year. 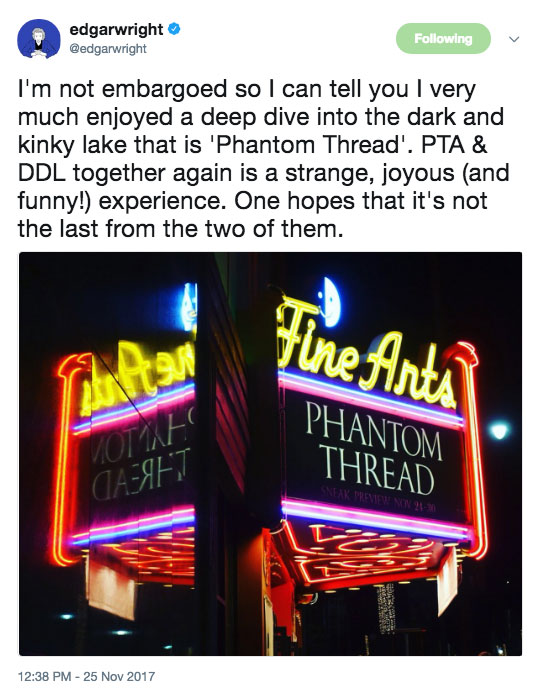 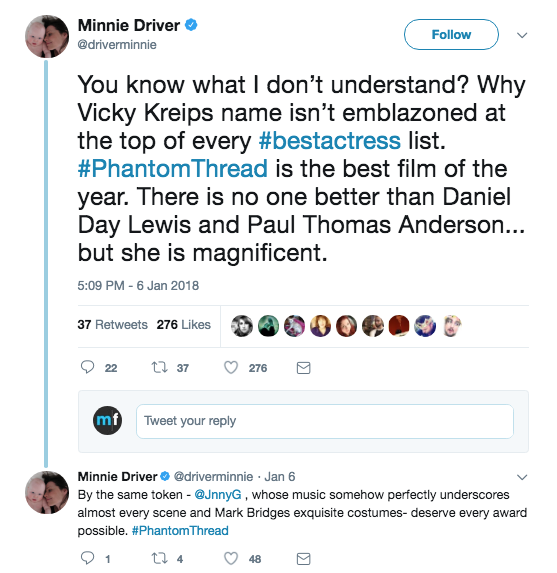