The Wide World Of One Day

Adapted from David Nicholls’ international bestseller, Lone Scherfig’s film One Day follows the lives of its two main characters, Emma (Anne Hathaway) and Dexter (Jim Sturgess), over nearly twenty years. On July 15, Saint Swithin’s Day, the two first meet after graduating from the University of Edinburgh in 1988. On that same date each year, the film charts the trajectory of their friendship as they morph from long-distance friends to tender confidantes to annoyed acquaintances to finally becoming lovers. “This is one of the rare romantic films in which we know why the central characters are or should be in love,” explains The San Francisco Chronicle. Along with their emotional journey is their movement across Europe, from Edinburgh to London to Paris and back.

This summer, lovers of One Day can retrace Emma and Dex’s footsteps by visiting some of the film’s remarkable locales. “It’s such a privilege to shoot a film that takes place in places that are iconic,” explains Scherfig. We spotlight those special places that made One Day so memorable.

Get One Day now on iTunes or at Amazon.

The official trailer for One Day

Edinburgh | The beginning and end

“One Day opens and ends in Edinburgh, but a few shooting days only made you want to do more,” Scherfig said about the Scottish city’s romantic ambiance. Arthur’s Seat, the iconic rocky peak that hangs over the city, provided an essential destination in the film’s plot. With stunning views of Edinburgh and the North Sea on a clear day, Arthur’s Head is a fabled local spot. While some claim its name comes from the peak being the site of King Arthur’s mythical Camelot, others suggest its title comes from a corruption of the Gaelic phrase Àrd-na-Said (Height of Arrows). For centuries, the spot has provided a place of reflection and repose. In 1803, the poet William Wordsworth’s sister Dorothy noted how up high the hustle and bustle of the town below is transformed into an “indistinct buzz” that creates a “tranquilizing effect upon the mind.” 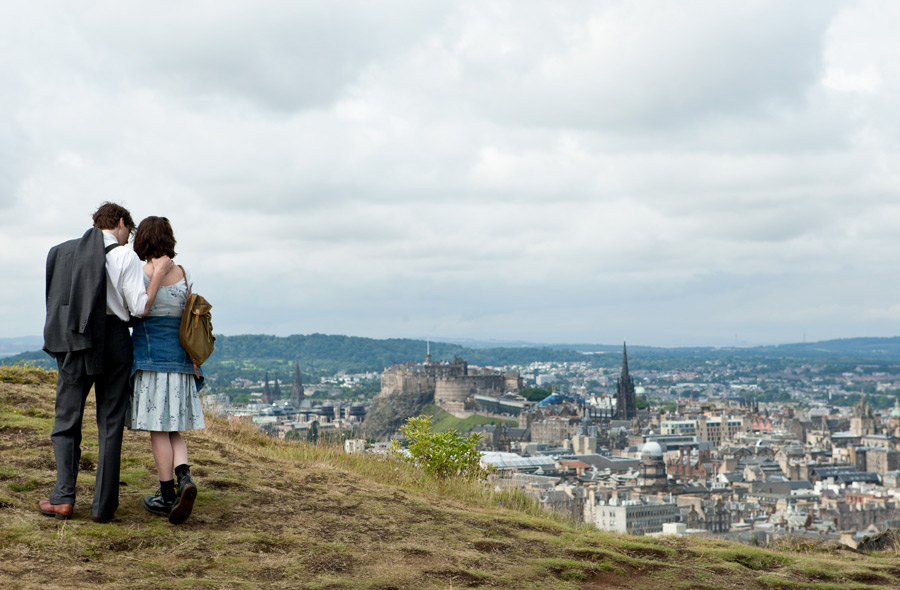 Dex and Emma at Arthur's Head in Edinburgh

For Emma and Dex, London becomes their home, a city of dinners out, the weddings of friends, and early morning swims. Unfortunately not all parts of their life are still available for revisiting. Floridita, the fashionable nightclub/café that Dex takes Emma to during his party-boy phase, closed this year. But other places are still open for business. One can still see movies at the Rio Cinema like Emma and Ian (Rafe Spall) did. The pool that Emma regularly swims at is the Parliament Hill Lido off Hampstead Heath. The art deco pool was opened in 1938 and remains one of the most beautiful and popular public pools in London. 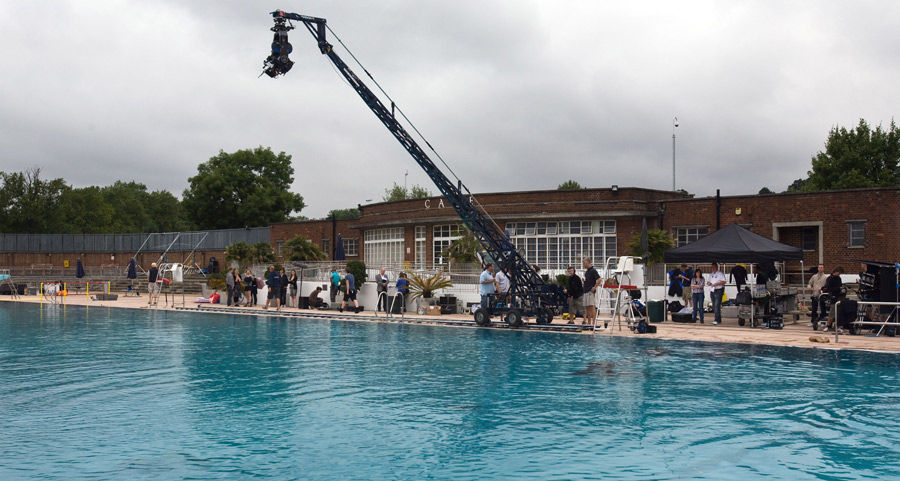 The Parliament Hill Lido during production of One Day

When their friend Tilly (Jodie Whittaker) is married, both Dex and Emma are in attendance at the Lady Chapel of Westminster Cathedral. The famed Cathedral has a remarkable history. Prior to its land being purchased by the Catholic Church in 1884, the site served as a market, fairground, maze, and prison. To distinguish this Catholic church from the gothic style of its more famous neighbor, Westminster Abbey, architect John Francis Bentley adopted a Byzantine Revival style for Westminster Cathedral. Nestled away in the corner of the Cathedral, the Lady Chapel sports intricate golden mosaics, which portray the lives of various holy women—from Mary, mother of Jesus, to early martyrs like St. Lucy and St. Catherine. 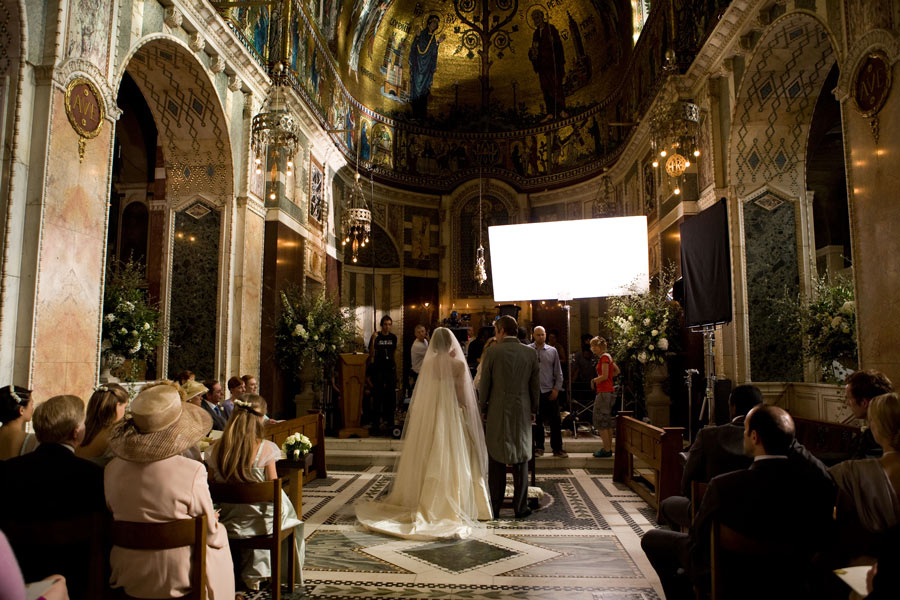 For their continental getaway, Emma and Dex choose an unexpected resort, the beachside town of Dinard on the Côte d'Émeraude of Brittany. Known as the Cannes of the North, this beachside area sports warmer temperatures than the areas around it because of its unique proximity to the gulf stream. In the 19th century, Dinard became a hot spot of wealthy tourists, many who built elegant guest mansions in town. A favorite British retreat, Dinard hosts the Festival du Film Britannique (Festival of British Cinema) each September. Indeed a statue of Alfred Hitchcok not only greets visitors to the town, but many wondered if the grand gothic house that towers over the town might not have been the inspiration for Psycho. 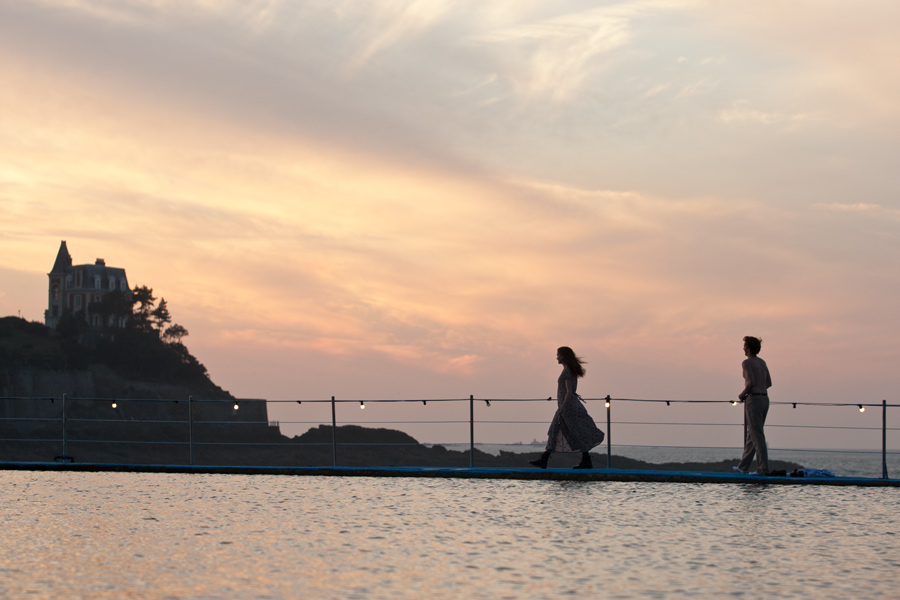 When Emma moves to Paris to write her novel, she clearly lives like a local in the 11e arrondissement. While the area has recently become a hip address for young professionals, it was historically a quiet neighborhood for the city’s working class. The district's most noted landmark is the Bastille, the prison stormed by angry mobs on July 14, 1789, thus kicking off the French Revolution. To get a feel for Emma’s day-to-day routine, you can also visit the bars and nightclubs along along rue Oberkampf, perhaps after having attending a performance at the Opéra Bastille. 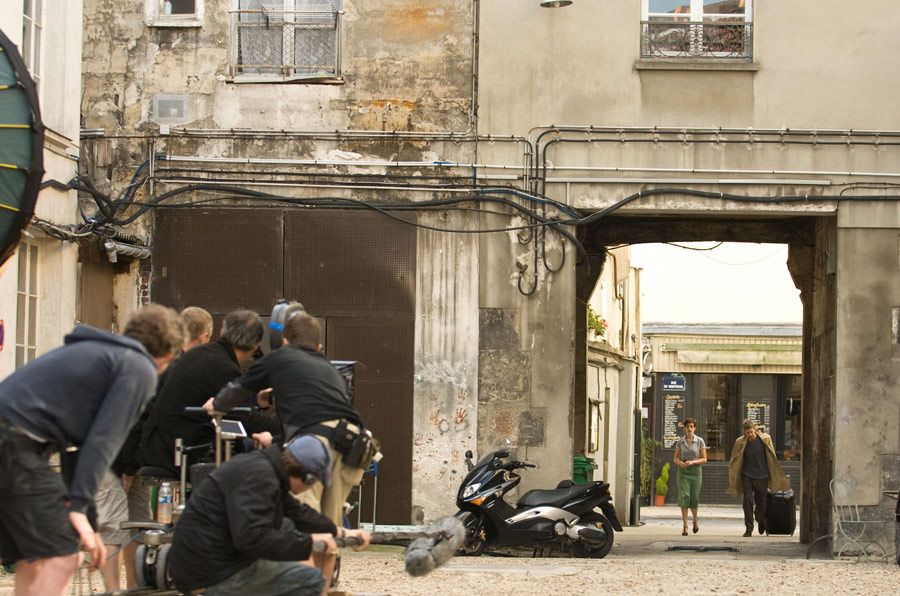 While One Day avoids traditional movie clichés about Paris, like aerial shots of the Eiffel Tower or pleasure boats on the Seine, director Scherfig allowed herself a little romance when it came to the scene where Emma catches up with Dex at the Canal Saint-Martin. Running through the 10e arrondissement, the famed waterway was created in 1802 by Napoleon to bring fresh water to Paris’ growing neighborhoods. Overtime, the shady chestnut trees and arched pedestrian bridges have made the canal an essential Parisian landmark, showing up in paintings by Alfred Sisley and as a backdrop to Jean-Pierre Jeunet’s 2001 Amélie. 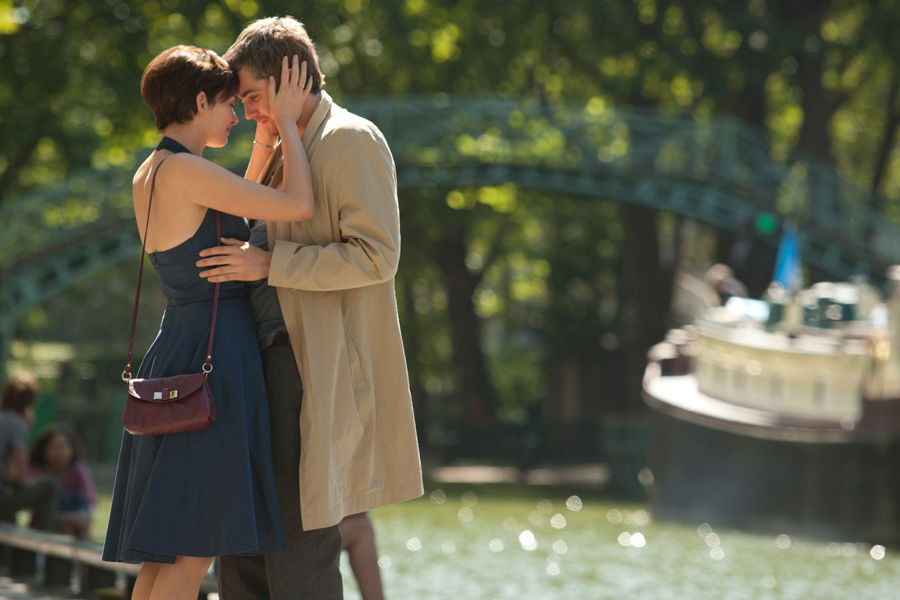 Emma and Dex find themselves by the Canal Saint-Martin in One Day.