On August 14, Roll The Big Lebowski For National Bowling Day

How the Coen brothers made bowling stylish, spiritual, and sidesplittingly funny

Celebrate National Bowling Day (September 14, 2021) by revisiting the comedy classic The Big Lebowski. In 1956, various bowling organizations founded National Bowling Day as a way to raise money for the Red Cross. Today, the holiday provides fans an opportunity to remember why they love rolling a few, reasons that the Coen brothers' cult classic spells out.

In Ethan and Joel Coen’s twisted LA thriller The Big Lebowski, bowling provides a key to comprehending Jeffrey "the Dude" Lebowski (Jeff Bridges) and his gang. Caught in a web of mystery, intrigue, and a urine-stained rug, the Dude retreats from the mayhem of Los Angeles to meet his pals, Walter (John Goodman) and Donny (Steve Buscemi) to bowl. At their favorite bowling alley (the now defunct Hollywood Star Lanes on Santa Monica Blvd.), three misfits make sense of the world and their lives. Before heading off to your favorite lanes to celebrate National Bowling Day, re-watch The Big Lebowski to remember all the things bowling has to offer.

Watch The Big Lebowski now on iTunes or Amazon. 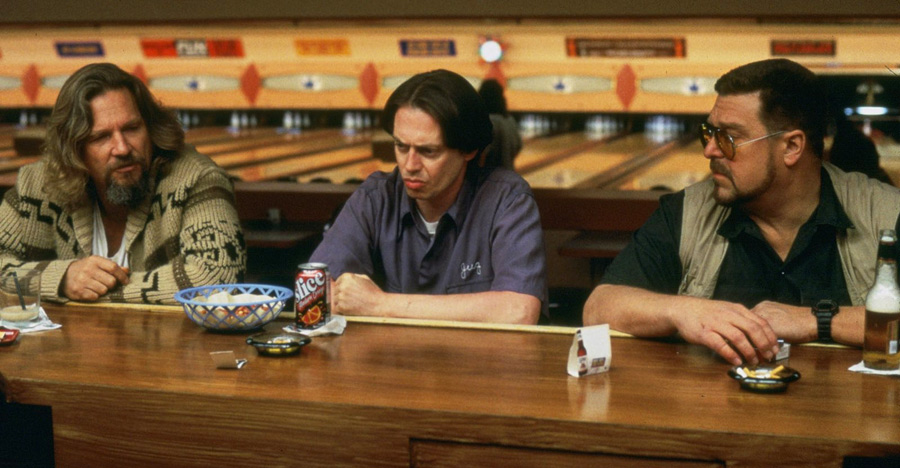 When things get weird, good friends go bowling. The Coen brothers originally decided to make the bowling alley the social center of The Dude’s life because "it’s a very social sport where you can sit around and drink and smoke while engaging in inane conversation.” And there are lots of inane conversations between Walter, Donny, and The Dude. But there is also camaraderie and connection. As Screenrant points out, “Going bowling is these guys’ answer to everything.” At the bowling alley, people with nothing in common, like Walter and The Dude, build a lasting friendship. And friends can talk about anything and nothing at the same time. 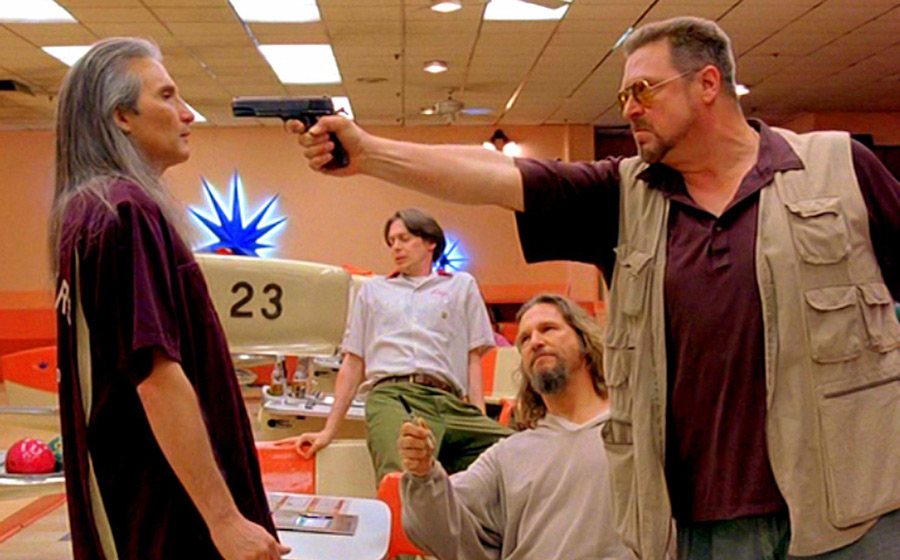 Walter makes his point in The Big Lebowski.

"This is not Nam, this is bowling. There are rules.”

For Walter, the tough-talking vet who will easily pull out a crowbar or gun to prove his point, bowling is the last bastion of civilized society. In a world where everyone from millionaires to nihilists breaks the rules, the bowling alley provides a modicum of law and order. As Walter later yelps, “Has the whole world gone crazy? Am I the only one around here who gives a shit about the rules?!" While each character views the game of bowling slightly differently, the lanes remain a shrine to something meaningful for each. 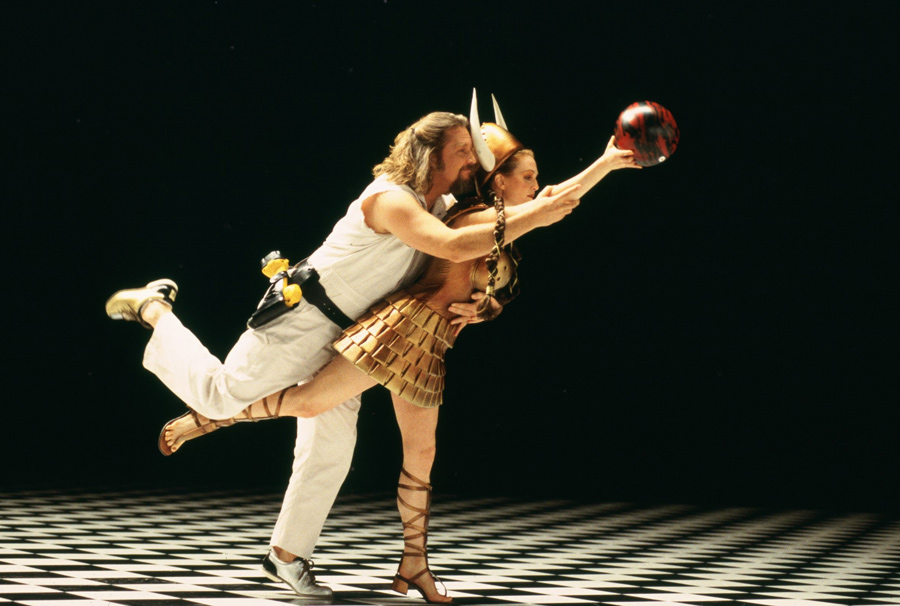 The Dude and Maude (Julianne Moore) in The Big Lebowski bowling fantasy.

“The usual. Bowl. Drive around. The occasional acid.”

While bowling provides Walter a sense of law and order, the Dude finds in the game, as he tells Maude (Julianne Moore), a routine that provides him a Zen-like serenity. Taking lessons from bowling legend Barry Asher during production, Bridges asked the pro to show him “how I would bowl if I was The Dude.” After all that one-on-one practice, only the Platonic idea of The Dude remains on screen. The Coens don't have a single shot of The Dude bowling, except in a fantasy sequence. In his Busby Berkeley fantasy sequence with Maude, The Dude bowls a magical game that finds him flying through his imagination. For all the characters, bowling raises perplexing spiritual questions about identity.  Donnie, for example,  wears scores of personalized bowling shirts, none of which bear his actual name. The Dude's Medina Sod bowling shirt has for some reason the name "Art" stitched over the left chest. The meaning of bowling, like life, is always just out of reach. As the Dude tells a bowler named Jesus, “Yeah well, that's just, ya know, like, your opinion, man.”