A Season To Remember: Focus Movie Mondays presents My Summer of Love

When  Pawel Pawlikowski’s My Summer of Love opened in June of 2005, its lush, sensual story of two young women—Mona (Natalie Press) and Tamsin (Emily Blunt)—one summer in the Yorkshire countryside heralded the introduction of not one, but many extraordinary talents. The Polish-born Pawlikowski demonstrated his unique cinematic vision with the film. Inspired by a novel by Helen Cross, Pawlikowski bucked the tradition of British Realism by creating a dream-like, profusive cinematic experience. His two female leads, who are now established stars, had never starred in a feature film. Paddy Considine, who appears in a role specifically created by Pawlikowski, cemented his reputation as one of cinema’s most versatile supporting actors. Even the music brought something new. This was the first film score for the electronica duo Goldfrapp, who were far from the international recording stars they are today.  As The Seattle Times exclaims, “Remember these names; remember this strange, lovely movie.”

As you settle into watch My Summer of Love as part of Focus Movie Mondays, imagine watching it in 2005 and experiencing the sassy genius of Emily Blunt for the first time.

Watch My Summer of Love on April 27 at 5pm PST/8pm EST on Focus’ Facebook page. Get more information here. Each livestream will include a link to donate to the Entertainment Industry Foundation’s COVID 19 Response Fund.

The official trailer for My Summer of Love.

Moving from Communist Poland at age 14 to live in England, Pawlikowski grew up living between multiple worlds, a balancing act he has incorporated into his filmmaking.  After graduating from Oxford University, he started making documentaries whose Eastern European subjects—a Russian novelist and Serbian war criminal—were handled with unexpected imagination and wit. After his first feature Last Resort, Pawlikowski sought to create a unique story that defined his sense of the world with My Summer of Love. “I inhabit and understand all three characters,” he explains. The cinematic world he creates for his characters is profoundly rich. The director “packs so much into My Summer of Love, you feel you've spent a season with these intriguing characters instead of a mere 84 minutes,” exclaims The San Francisco Chronicle. Pawlikowski’s poetic style continues to guide his films. His film Ida won the 2015 Academy Award®  for Best Foreign Language Film and his 2018 Cold War was nominated for a Foreign Language Film Oscar®. 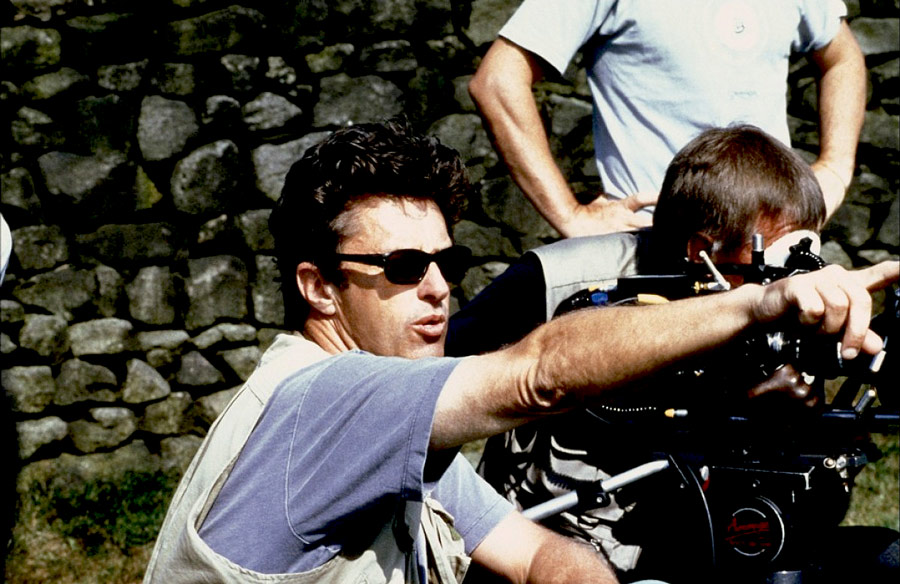 While Emily Blunt is now a superstar who excels in comedy (The Devil Wears Prada), action (Edge of Tomorrow), and musicals (Mary Poppins Returns), when My Summer of Love was made she was a young actress who still lived at home with her parents. Pawlikowski searched far and wide for the perfect Tamsin, an upper-class college student who was as calculating as she was clever. “Britain seems to produce a lot of girls who can do posh, but I needed someone quite original, complicated, and interestingly devious,” recalls Pawlikowski. With Blunt, he found something special, especially in the way she communicated with her eyes: “They were full of mischief, there was always something lurking behind them.” For Blunt, who rose to the challenge improvising many of her scenes, Pawlikowski's film proved an unforgettable experience. “I think I learned more from him than anyone I’ve ever worked with,” Blunt recently said about why My Summer of Love is so important to her. 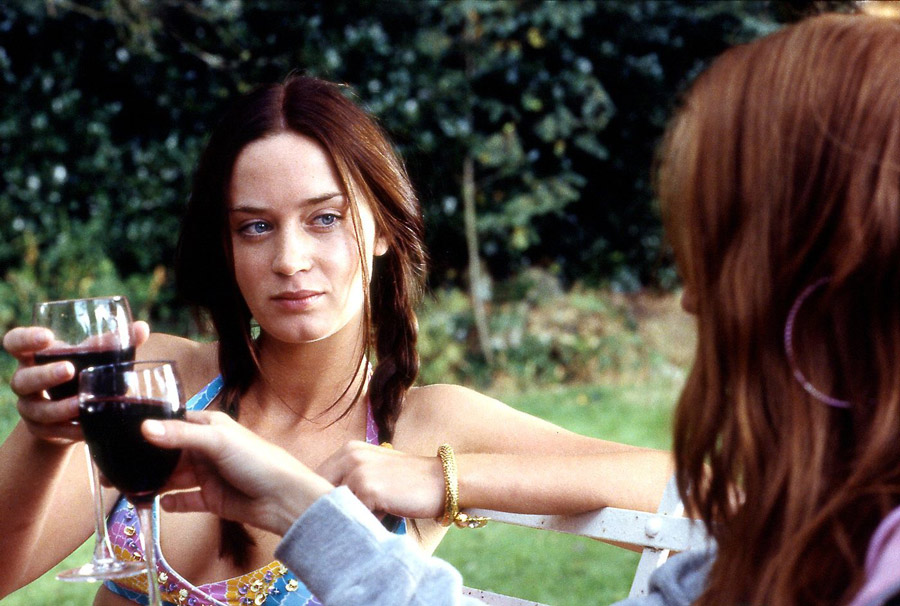 Emily Blunt in My Summer of Love.

Entertainment Weekly’s prediction about Blunt and Press’ performances—"My Summer of Love will be the first of many acts for these two”—was echoed by more than one critic. When Pawlikowski cast Press, she had only appeared in a few short films. The director, however, immediately saw in her the character of Mona. “She had this inwardness and intensity, an amazing face and great elasticity of character,” he remembered. “She was brilliant; always offbeat, inventive, and surprising.” What really made her character work was her unique chemistry with Blunt. “Press' earthy naturalism and raw emotion finds an ideal complement in Blunt's haughtily aristocratic reserve,” wrote The BBC.  Since then Press has blossomed into one of Britain’s most versatile actors, excelling in period TV like Bleak House and films like Suffragette. 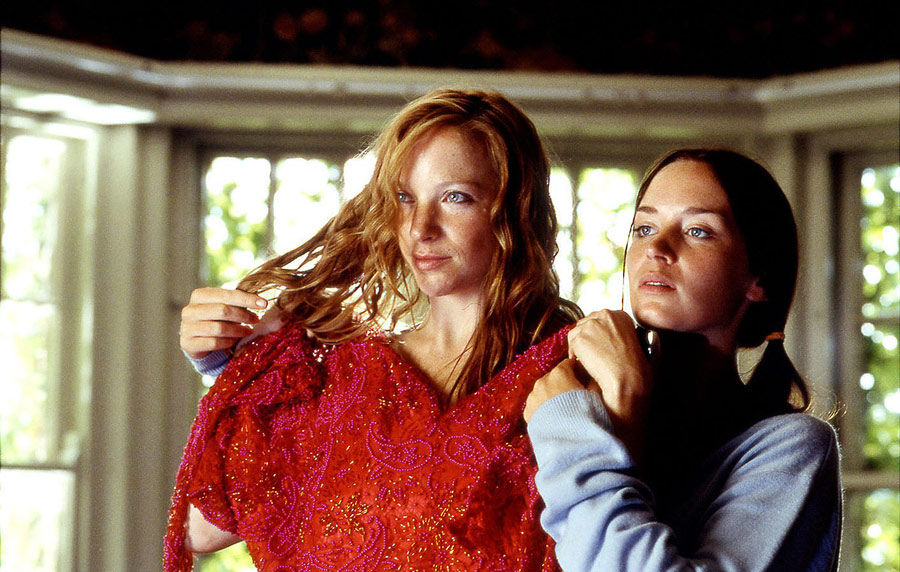 Natalie Press with Emily Blunt in My Summer of Love.

Having worked with Considine on Last Resort, Pawlikowski knew first hand what sort of emotional force he could bring to a story. Considine’s character Phil, Mona’s recently born-again ex-con brother, was not part of the original novel. Pawlikowski created him for the film to balance out his vision of what love means. Constadine, who’d shone in films like In America and Dead Man’s Shoes, offered that an extra dramatic dimension. “I felt there was something more to him that one could explore,” explains Pawlikowski. In creating Mona’s brother as a religious figure equally filled with love and rage, The Washington Post notes that Constadine “fulfills it exquisitely, shading Phil with tormented humanity.” Since My Summer of Love, Considine has continued to show his remarkable range moving easily from intense drama to insane comedies, like Hot Fuzz and The World’s End. 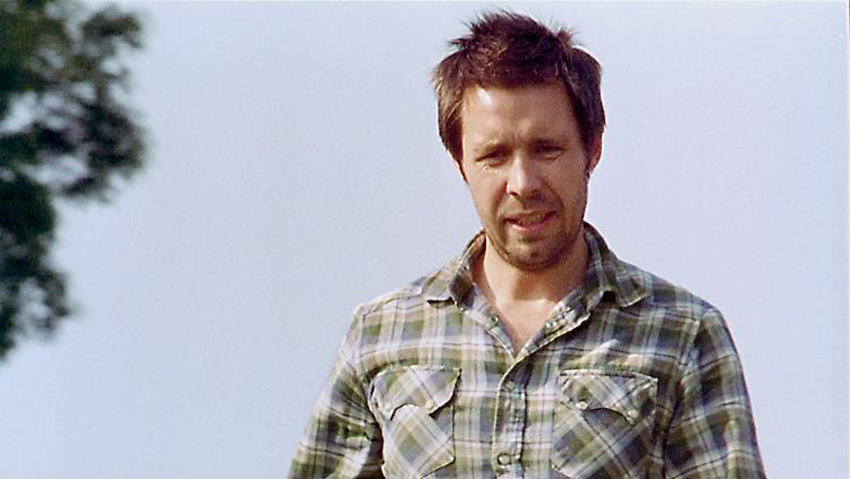 Paddy Considine in My Summer of Love.