The stars of Mrs. Harris Goes To Paris chat about existentialism and accounting.

In Mrs. Harris Goes To Paris, Lesley Manville’s titular charwoman is joined by a cavalcade of supporting actors, both back home in London and in her (briefly) adoptive home of Paris. The lovely and talented Lucas Bravo and Alba Baptista play two of her new French amis from Dior, André and Natasha.

As buttoned up accountant André Fauvel, Bravo struggles just to keep the legendary House Of Dior afloat, all while suffering a not-so-secret crush on Baptista’s Natasha, an aspiring philosopher who also just happens to be the face of the brand. We caught up with Bravo and Baptista to talk about their characters, their lives as actors, and their intense respect and admiration for Manville as both a person and as a scene partner.

André Fauvel is an interesting guy. He doesn’t seem like a natural fit for Dior, but there he is, big ideas and all. How do you think he got there and why do you think he stays?

Lucas Bravo: The backup story I created for myself was that it just came out of him being top of his class in accountant school or whatever you call it, and he just ended up at Dior because it was a good job. He had no interest in fashion. His atmosphere and energies are completely opposite to this fashion world. And I think he wouldn't have stayed for long if it wasn't for Natasha. His curiosity and passion for Natasha made him be more present during the runway, in the main room, and on the stairs. That’s why he was present to run into Mrs. Harris.

What about Natasha? How did she end up being the face of Dior?

Alba Baptista: [Director Anthony Fabian] and I wanted to develop this mystery behind her, where you never really know anything about her backstory, which is a beautiful thing. We had a couple of scenarios that we thought would be appropriate. At one point, he mentioned that he liked the fact that she should be Portuguese to honor my nationality, and that perhaps she didn't have much of an upbringing.

She had a lot of dreams, and just flew to France to start and begin a new life. It grew within the fashion industry and with the help of her appearance and all that, but always with a level of insecurity about, “perhaps this is not right. Perhaps I'm letting myself be led by what has been given to me.”

Ideally, she would have wanted to have her biggest asset be her mind and not her appearance. 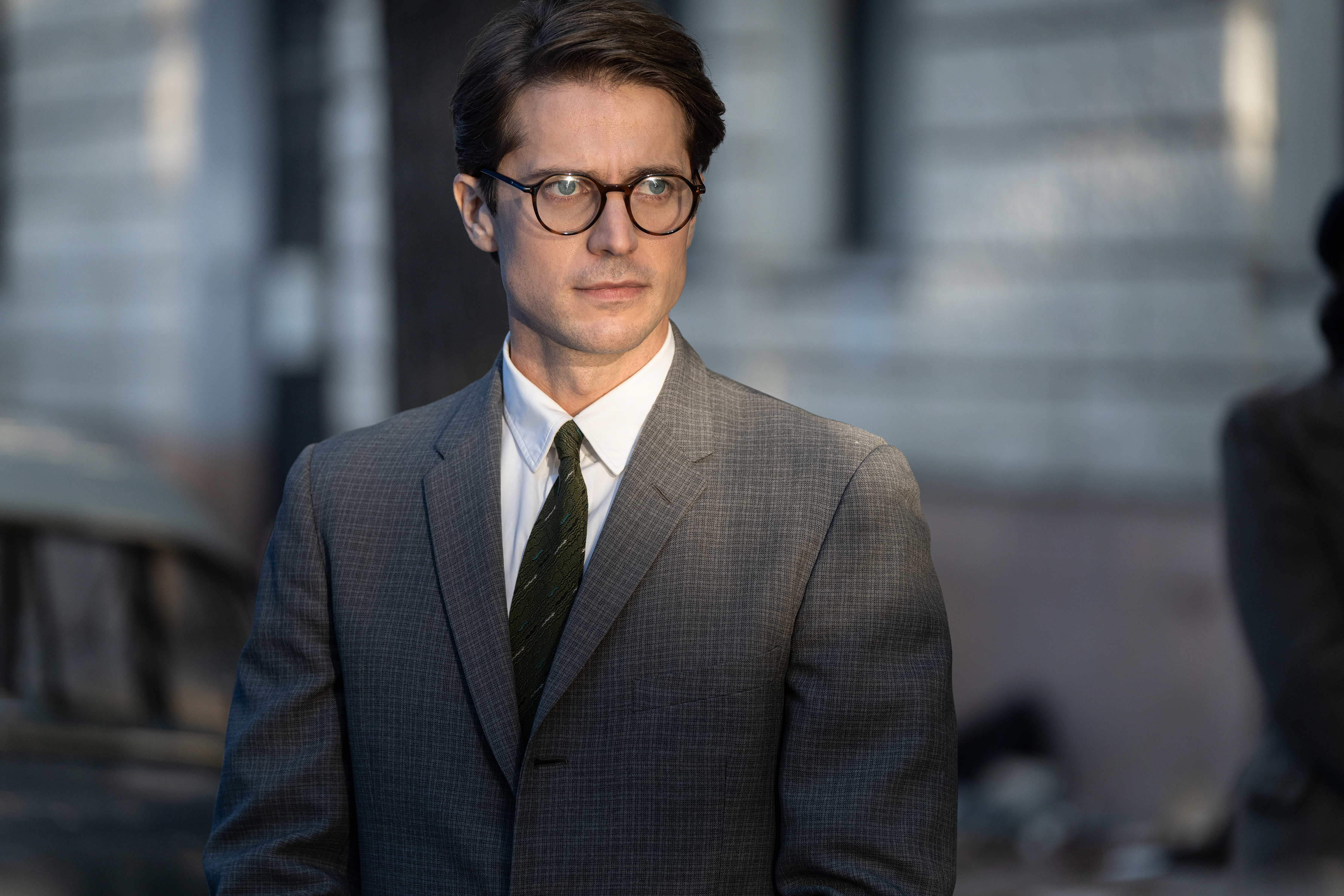 Neither André nor Natasha is being seen fully as a person. They’re viewed by others as their job, or as their appearance, but not who they are inside. Do you relate to that at all, as a public figure?

Bravo: Yes, everything's connected. We live in a world where we are mostly defined by our job. So many times, wherever you go, there's always that question: “What do you do?” It's kind of a way to feel comfortable because once you can define a job, you can put someone in a box and once they’re in a box, you know how to work around them and interact with them. It's an easy stamp we put on people, but jobs shouldn’t define people. I have a lot of friends that are lawyers or have very square, serious jobs, and they’re artists and creative people.

In the case of André, though, he’s 100 percent an accountant. Well, maybe 10 percent philosophy and humanism. He doesn't have a super artistic layer, which is okay.

What about you, Alba? Because you’re a public figure, do you struggle with people feeling like they know you?

Natasha is a big lover of French philosophy. Did you try and bone up for the movie?

Baptista: For this film, I read Sartre, who was an existentialist to the core, and I think Natasha is as well. So I began reading Being And Nothingness, but it’s just this block. It took longer than expected, and eventually I was like, “I think I get the gist of it.”

Lucas, one of the big themes of the movie is that you can be whatever you want at any stage in your life. Who do you want to be in 50 years? Have you thought about what you’d like to accomplish?

Bravo: I want to be able to look at myself in the mirror and look at my kids and feel like I've made the right choices, I fought the right battles, and I didn't sit back and wait for it to happen. I guess I want to be part of the solution. And even if it's too late, I want to be one of the ones that fought till the end, even if that’s a bit negative or a bit dark.

Bravo: If I were to run into myself in my 20s, I would probably slap myself and send myself back home to reflect on life.

Did working on the movie make you think more about aging, or about how people change throughout their lives?

Bravo: Yes, because, in the ‘50s, that woman that age… She's 60. Everything would be considered to be done for her. Everything in her life supposedly would have happened very early, like you would get married early to your childhood best friend, just like my grandparents, and you’d spend all your life with that person and have kids. By 25, you would have already had an entire adult life.

Now, when we’re in our 20s, we’re just kids. We had no idea about anything, and we didn't solve any traumas. And then you pass it on to your kids, because they're sponges when they're young.

To have someone in their 60s in the ‘50s restart everything, like restart their heart and have the passion of a twenty something to go to that extent and go to Paris and fight for that dress and change so many lives is just a beautiful message, because this is the truth. You're not done at 60. You have your entire life to experience but this society is painting life to be a certain way at a certain age. It says you cannot learn piano or guitar after 30 if you didn't start when you were a kid. All this is false. You can be anything, anytime you want. You just have to put your mind to it.

I remember my dad turning 50, and I know It's coming slowly. I'm not there yet, but I know it's going to matter to be the age your parents were. It makes you understand that they were just kids in an adult body, dealing with adult problems, and it gives you a way to step back and understand a lot of the choices they made. 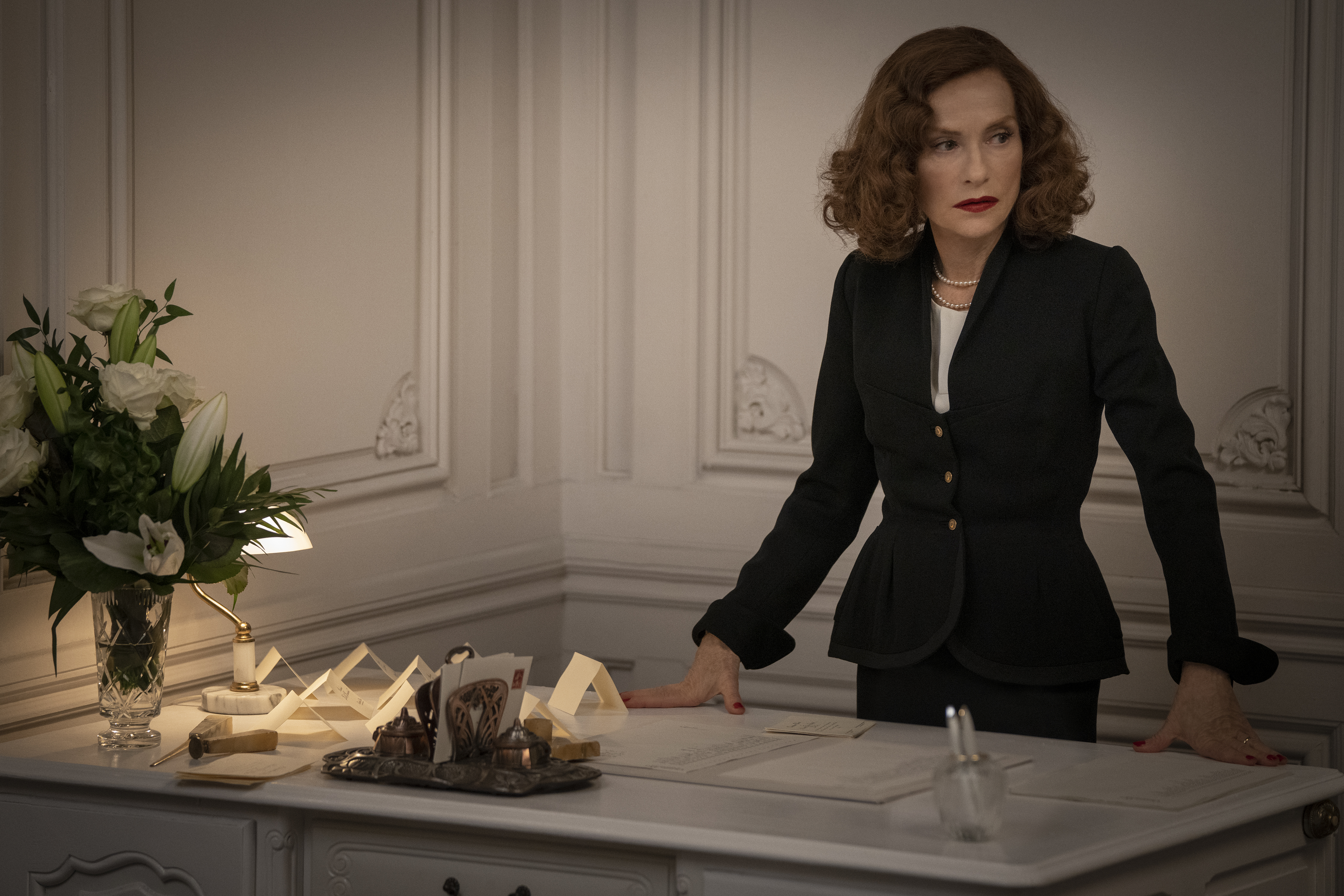 Both Isabelle Huppert and Lesley Manville have been acting for decades. What did you learn from watching them work?

Baptista: From Isabelle, I learned just by observation because we didn't shoot a lot together. She is a very, very confident actress that comes on set and knows exactly what's best for this part and for the film, which is something that inspired me and kind of woke me up because I was, at the time, still struggling with my own voice within the creative process. I think many young actors or aspiring actors can relate to the idea of just doing what you're told, and you trust that there's always a bigger vision. But part of our job is to create and to argue and to build and mold all of this, so seeing this phenomenal actress doing that so effortlessly made me remember to try to believe in myself a little more.

Lesley Manville is a vision. She's the most selfless actress I've ever worked with. She's what every actor has ambitions to be one day. Certainly I feel that way. You're just better next to her, because she lifts everyone up just by being who she is.

Bravo: Lesley just steps with this natural energy. She's, as she likes to say, working class and she's proud about it and brings it to set.

I never understand and will never understand and don't want to understand what it means to be presumptuous or posh on a set, because we're providing entertainment and escapism, and nothing justifies that behavior. You can’t come to set with any other intention than compassion, love, understanding, and empathy and that's what she brings to set. She makes the set a safe place. She's at your service in the scene. She wants to put you in the light and you just feel like you're with your best friend, your sister, your mother. She's all these figures at the same time. And at the same time, she's just holding down the fort. She's a powerhouse and it's inspiring in many ways.