Loving: The Making of an American Love Story with a Global Message

“Why didn’t I know about this before?”

This is a common refrain heard when discovering human rights breakthroughs from decades past – and the love story of Richard and Mildred Loving has paved the way for many more since.

Richard and Mildred’s history is now told anew by acclaimed writer/director Jeff Nichols in Loving. “I was struck by the simplicity of their beautiful love story,” says the filmmaker.

Richard, who was white, and Mildred, who was African-American and Native-American, were an ordinary couple from Central Point, Virginia. They decided to marry and start a family. Yet, at that time in Virginia, what they did was against the law and they were arrested soon after getting married. 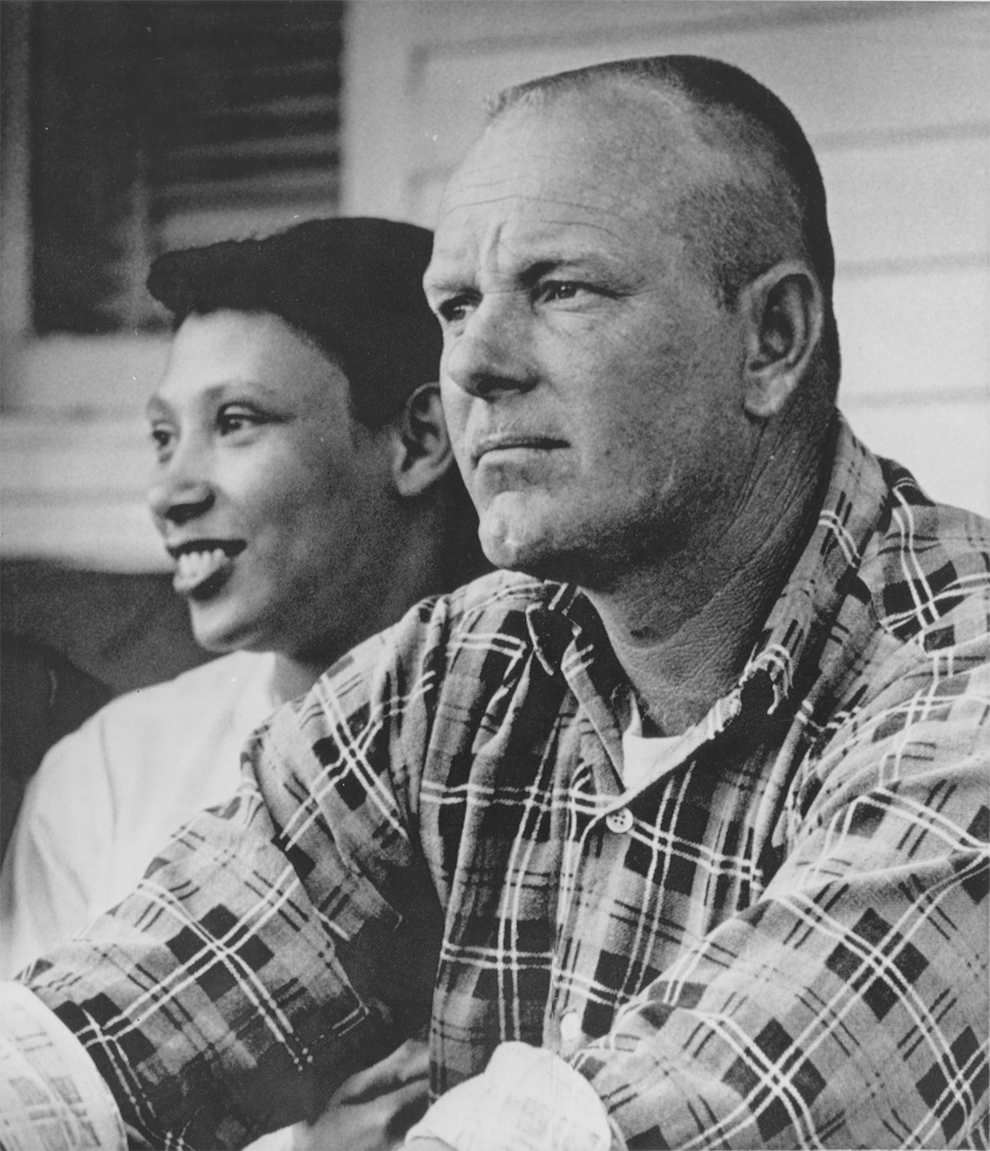 As the plaintiffs in Loving v. Virginia, they were catalysts for the Supreme Court decision that abolished anti-miscegenation laws – or, laws against interracial marriage – in the United States. In establishing marriage as a fundamental right, Loving v. Virginia is still frequently cited in court cases today, including in challenges to gay marriage bans.

But the Lovings were not activists; they merely reasonably expected that their fully legal marriage in Washington D.C. would suffice for them to live peacefully in their hometown of Central Point. Initially, they made no appeal after they were arrested for violating Virginia’s anti-miscegenation laws, and agreed to a plea bargain that effectively banished them from their home state.

When the Lovings finally sought legal aid in 1963, their sole aim was to be able to get back to – and live in their – home. It was only in 1965, at the urging of their attorneys Bernard Cohen and Philip Hirschkop, that the couple agreed to go public with their story and talk to the press. After the Supreme Court handed down its decision in their favor in June 1967, the Lovings went back to their everyday lives and to raising their three children in Central Point, and rarely gave interviews. 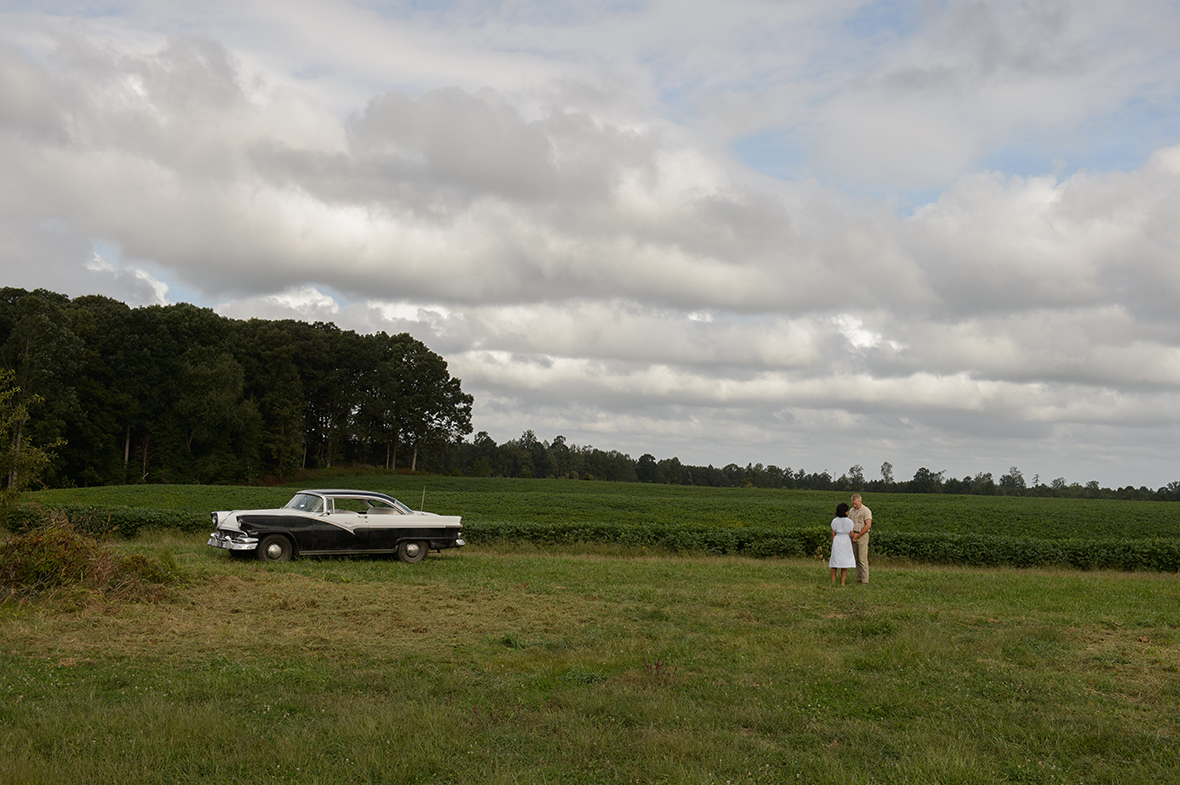 Ruth Negga and Joel Edgerton as Mildred and Richard Loving in a scene from Jeff Nichols' film where Richard proposes to Mildred.

"After watching the documentary, I became obsessed."

From Reality to Documentary

In 2008, the surviving member of the couple, Mildred, passed away. Reading about Mildred, documentary filmmaker Nancy Buirski was moved by the Lovings’ unshakable devotion to one another – and by the contemporary relevance of their case. Buirski decided to make a documentary feature about Richard and Mildred Loving. Her research led her to television news producer Hope Ryden, who had spent hours filming the Lovings at home in 1965 and then returned in 1967 for ABC-TV to profile them on the eve of the ruling. That footage and other archival resources, including luminous photos by Life Magazine photographer Grey Villet, were utilized by Buirski in writing, producing, and directing The Loving Story. The documentary played at festivals in 2011 before being shown on HBO on Valentine’s Day, 2012. It won a Peabody Award and an Emmy Award, among other honors, and captivated audiences and critics alike with its depiction of a committed and courageous couple who, above all else, were very much in love.

One of those captivated viewers was Academy Award-winning actor Colin Firth, who was already aware of the documentary; Buirski had been in contact with Firth regarding a feature version of the story after learning from Firth’s wife Livia of his interest in American politics and social history. By 2009, Buirski and Firth were brainstorming a narrative structure and began working on a screenplay.

In January 2011, Firth called Buirski to tell her that he was teaming with Ged Doherty to launch a production company, Raindog Films and that as a first project, he had brought up to Doherty a narrative feature version of The Loving Story. Buirski remembers, “Colin had just won the Golden Globe Award for The King’s Speech but I was the one who was overjoyed!” Buirski remembers.

Doherty remarks, “Colin was very taken with the simplicity of the story, with how this ordinary couple made a huge difference in the lives of other couples.

“After watching the documentary, I became obsessed. I literally did not sleep for 48 hours because I was looking at everything I could find online. Yes, this was a landmark legal case, but first and foremost at its heart it was a beautiful love story. Colin and I felt more people worldwide should know about the Lovings, and we were determined to tell their story as a dramatic feature based in part on Nancy’s documentary.”

The next step was to find a writer and director. When the three producers saw Jeff Nichols’ Mud at a specially arranged screening in 2012, they sensed that the filmmaker’s cinematic sensibility and intuitive depictions of Southern men and women would be ideal for the film they wanted to make.

Doherty adds, “We also watched Take Shelter. With Jeff’s work the tension and drama are rich and often are in what is not said; he conveys so much with just a look to the camera or a shot of a landscape. We felt that would suit Richard and Mildred Loving, and the character of people that they were.”

Having already made three feature films, Nichols had not considered writing or directing a film that wasn’t a product of his own imagination. Still, he agreed to consider the project – and its story, which intrigued him. 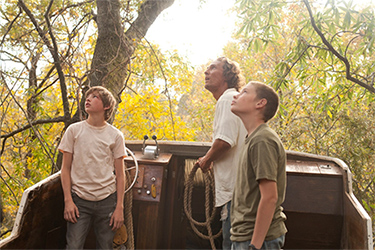 Nichols watched the documentary and noted the import and continuing positive impact of Loving v. Virginia. But he was most drawn to Richard and Mildred’s quiet determination to live and love as they chose.

“The love between two people was what impacted me emotionally,” Nichols affirms. “Out of that grows the other importance of the story, which is the Supreme Court decision. I believe that any time we can be reminded of the elegance and the simple beauty of love, it’s a good thing.”

The tenor of life in the Lovings’ rural hometown, Central Point, further resonated powerfully with Nichols. A remote agricultural community tucked into the hills of Virginia’s Caroline County, Central Point was a racially mixed town of sharecroppers and laborers. Poverty was the common denominator; African-Americans, whites, and Native-Americans had mixed freely for generations. Residents would help one another without hesitation.

Learning about the upbringing that had forged both Richard and Mildred’s strengths and values reminded Nichols of what his father had told him about his own small-town upbringing. He reflects, “How their community was revealed in Nancy’s documentary was meaningful to me, because it echoed what I had heard from my father, who grew up in Altheimer, Arkansas. My dad said, ‘We all needed one another to get by.’” 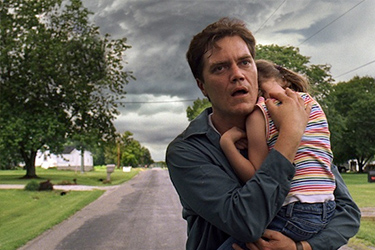 Nichols envisioned a feature that followed Richard and Mildred Loving as they weathered the uncertainty of the years 1958 to 1967, rather than one that recorded their march into the history books. He remarks, “There’s no doubt that the court case could fill a whole film in itself. But I didn’t want it to overtake the love story, which is what I wanted to make – especially having not made one before, although Mud dealt with unrequited love – rather than a legal tale.”

Honing in on his character-driven approach to the material, he then met with the producers, who Nichols found “were wonderfully supportive of how I wanted to tell the story.”

Although Doherty, Buirski and Firth wanted to sign Nichols as a writer/director, he preferred to exercise caution and initially committed only to writing the screenplay. Academy Award-nominated producer Sarah Green, who had become a key collaborator of Nichols on his projects, realized that “Jeff had never adapted someone else’s material, and it was a tough nut for him to crack.”

Nichols admits, “It took me a couple of months. Finally I came to terms with how these were real people yet were also going to be characters in my movie, so I needed to take ownership while trying to write in their voices.”

Green recalls, “I remember him calling me one day to say, ‘You know, I think I've got it, but it’s really intimate. I don't know if it’s what anyone’s going to want, but this is what I want to tell.’

“I said, ‘That’s your job. Tell it the way you see it.’” She praises the understanding and patience shown by her fellow producers as Nichols found his footing. “It was wonderful working with Ged, Nancy, and Colin as producers because they truly trusted his process – and once Jeff got a handle on it, it was clear that he was ready to direct the movie.”

Nichols sought to convey “tension in the film, yet keep it very quiet; firebombs aren’t exploding, things aren’t burning. They’re in a maelstrom, yet they’re also in a small region going about their everyday lives. Loving does not give the depiction of the South that audiences might expect.”

Unusually for the movie business, Nichols’ first draft of the screenplay ended up being, for all intents and purposes, the only draft. Doherty recalls, “It was absolutely beautiful. You could envisage every scene, including the pauses.

“I think from the first draft to the second draft to the shooting draft, we might have changed three words, two commas, and a typo.” 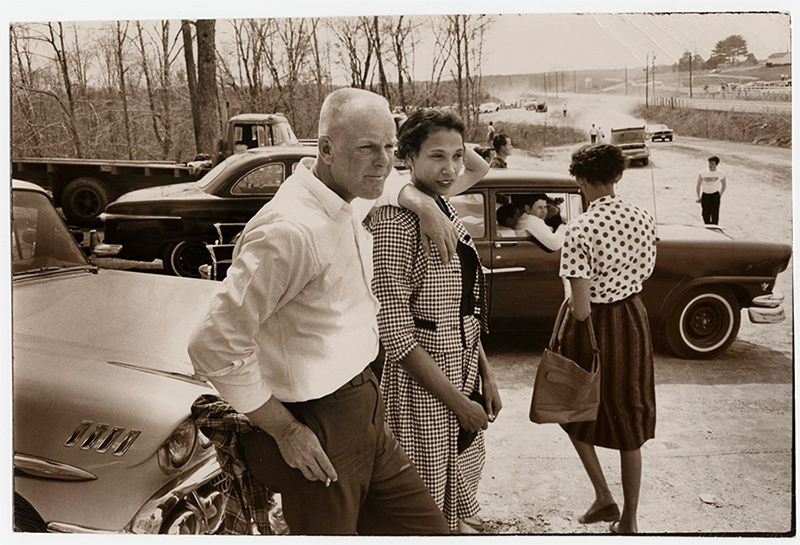 Green realized that Nichols had absorbed the Lovings’ viewpoint: namely, that they hadn’t set out to change history. She offers, “Their thinking was, ‘How do we live our lives where we need to be, where we belong?’ In many films I’ve done, characters are trying to find where they belong. Here, it was two people who knew where they belong. What Jeff explores with Loving is not their having to find it, but their yearning to get back to it because they’ve been wrenched away.”

While Nichols and Green would make another movie, Midnight Special, first, they got an unexpectedly early jump on Loving casting in the fall of 2013 during a business trip to Los Angeles. Although they weren’t ready to start reading actors, casting agent Francine Maisler urged them to meet with Ruth Negga, a London-based actress who would be in town.

Negga had been deeply affected by The Loving Story. She explains, “I thought the documentary was brilliant and I couldn’t believe I hadn’t heard of Richard and Mildred before. I was completely fascinated, not only because Loving v. Virginia was a landmark civil rights case, but also because theirs is the most beautiful love story. Their story just stayed with me. All Mildred wanted was to be able to be married to the man she loved. Not every hero has a loud voice.

“Jeff’s script tells the story of two people in love, not two activists – even though they did change the course of American legal history. I feel that all of his films are about everyday people.”

Once she had gotten the script pages, the actress holed up in her L.A. hotel room for three days to prepare, trying to channel Mildred as best she could. She reports, “I watched the documentary over and over again and worked on those scenes from the script like I had never worked on anything before. I felt such an affinity with Mildred and I couldn’t imagine not playing the part.”

Nichols reminds, “We’ve worked with Francine Maisler on several movies now, so we took her advice to meet with this actress whom we didn’t know. 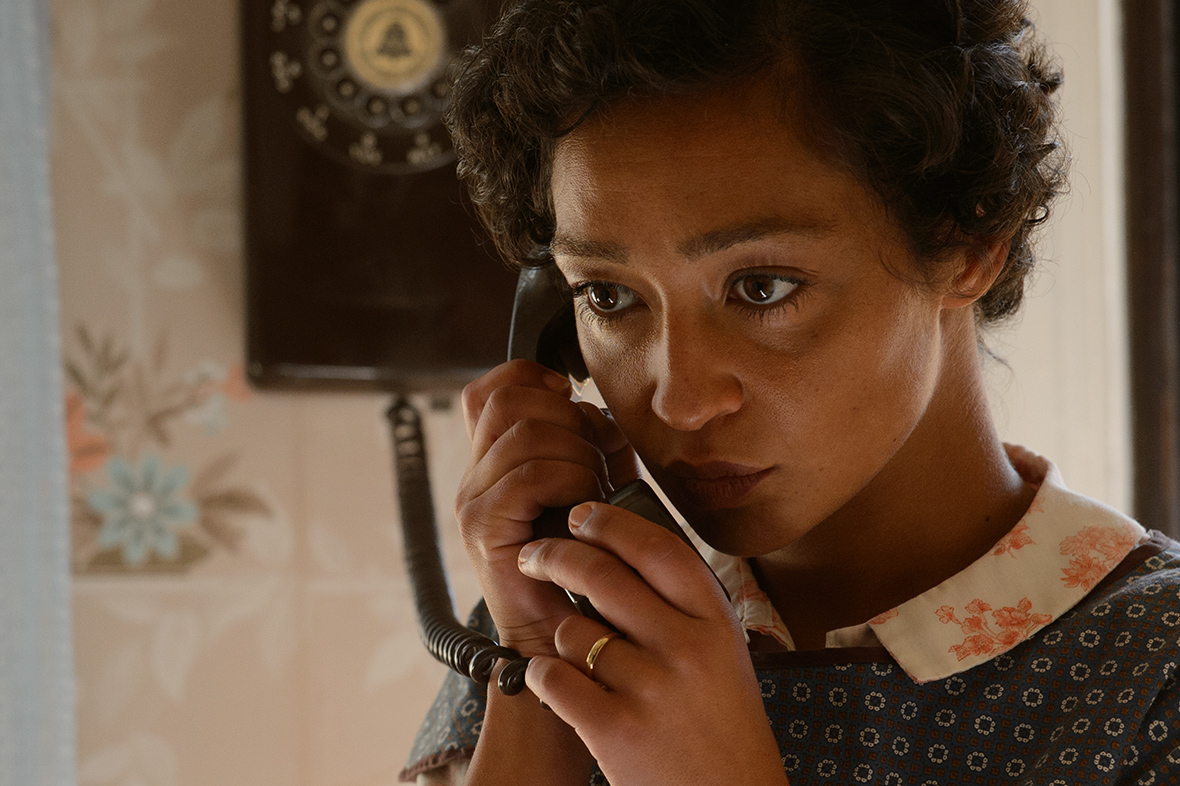