After 10 Years, Eastern Promises Continues to Pack a Punch

Five things that make David Cronenberg’s masterpiece as powerful now as ever.

On September 14, 2007, David Cronenberg’s Eastern Promises, a powerhouse thriller about the Russian mob in London, opened in theaters. Set in London, the story follows a midwife (Naomi Watts) who is slowly drawn into the shadowy world of human trafficking and organized crime. Her quest to uncover the truth about a teenage girl who died giving birth leads her to Nikolai Luzhin (Viggo Mortensen), a mysterious mob driver with more secrets than answers. Cronenberg’s violent and visceral take on this criminal demiworld was immediately greeted with acclaim and applause. Later that year, Eastern Promises appeared on scores of year-end “10 Best” lists as well as received various BAFTA, Golden Globe, and Academy Award nominations.

As we celebrate Focus Features' 15th Anniversary, we proudly salute Eastern Promises’ ten-year mark by showcasing five things, from mob tattoos to naked knife fights, that make this crime thriller still capable of delivering on its promise of cinematic excitement.

Get Eastern Promises now on iTunes or at Amazon.

1) Mortensen showed us the depth of his acting genius.

When Cronenberg signed on to direct Eastern Promises, he knew he wanted Viggo Mortensen for his lead actor. “In reading the script, I immediately thought of him,” Cronenberg remembers. “Viggo is a brilliant actor, beyond what people realize.” Even more Mortensen proved a significant collaborator, traveling to the Urals to bring back original research on his character and Russian culture—even going so far as to learn how to speak the language. Critics were bowled over by his transformation. “Mortensen uses the accent, the posture, the eerie stillness to devastating effect,” exclaims Rolling Stone. “It's a Mortensen tour de force.” So much so that he was nominated for an Academy Award for Best Actor.

Village Voice’s J. Hoberman proclaims at the start of his review: “David Cronenberg is the most provocative, original, and consistently excellent North American director of his generation." Having made his name with a series of bold and brainy horror films, Cronenberg proved no less ambitious––or audacious––when he turned his talents to making a crime thriller. After its premiere, Variety wrote, “Eastern Promises instantly takes its place among David Cronenberg’s very best films.” And it has remained on top with AMC ranking it as his most popular movie to date. 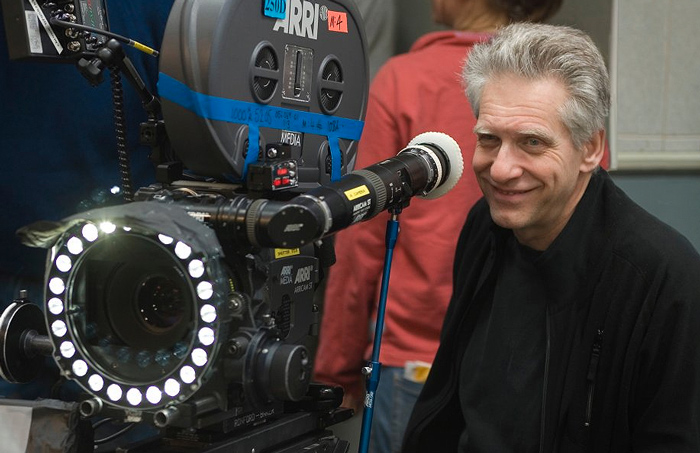 David Cronenberg on the set of Eastern Promises.

3) It rewrote the rules for great movie fights.

The screenplay instructions were simple: “Two men come in with knives and there’s a fight.” What appears on screen is one of the great fight scenes of modern cinema. Early on, Cronenberg opted to have no guns in the movie, a decision that made the violence that much more visceral. Nowhere is this more apparent than when a naked Mortensen is set upon in a Russian steam room by two Chechen thugs with knives, a fight that as Roger Ebert notes “sets the same kind of standard that The French Connection set for chases.” For stunt coordinator Julian Spencer, “This was a real man fighting for his life.”

Viggo Mortensen fights for his life in Eastern Promises.

4) It reveals the secret world of criminal tattoos.

With its meticulous documenting of the Russian mob, Eastern Promises brings to light how criminals chronicle their nefarious exploits with prison tattoos. Inspired by Alix Lambert’s documentary The Mark of Cain, Mortensen worked with makeup artist Stephan Dupuis to create exactly the right tattoos for his character. Their work proved almost too successful. “I had to remove the visible ones when I went out anywhere, they really did scare some people,” Mortensen recounts.

Viggo Mortensen bares all for his part in Eastern Promises.

5) Even the Mob loves the film.

In writing for Eastern Promises, Steven Knight spoke extensively with both criminals and law enforcement agencies to guarantee every detail rang true. And Mortensen traveled to Russia to discover his criminal character, spending “time with a lot of very disreputable Russian people,” explains Knight. Their hard work paid off dearly when they learned that the film was beloved by the mob as well as movie critics. “Over the internet, we’ve discovered that we get two thumbs up from Russian criminals,” Cronenberg acknowledged to Indie London, adding, “We’re not sure whose thumbs they are!” 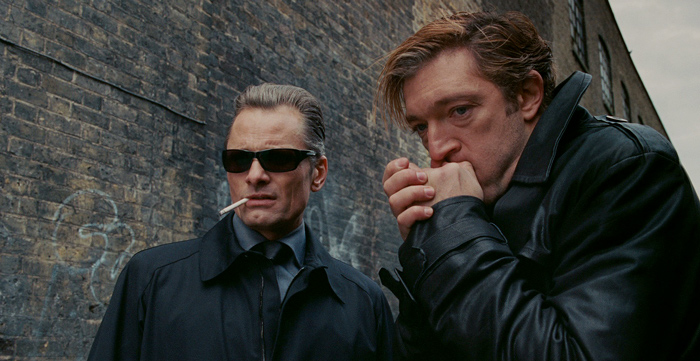 Mortensen and Vincent Cassel as Russian mobsters in Eastern Promises.