Audiences and critics who caught the premiere of Land, Robin Wright’s directorial debut, at the Sundance Film Festival fell in love with its empowering tale of reclaiming one's life. Wright plays Edee Holzer, a woman who retreats to the solitude of the Rocky Mountains to rediscover her life's purpose after an unfathomable event. With the help of a local hunter (Demián Bichir), Holzer embraces both the mountains’ challenges and overwhelming beauty, emerging from her self-imposed solitude a new person. “Wright’s moving performance and some genuine heart-felt and -breaking moments amid all this natural majesty make Land a journey worth taking,” promises Screen. Others were equally touched by the film’s heart and soul. Here is just a sampling of tweets sparked by Land’s premiere.

Land opens in theaters on February 12. Get tickets now.

People are praising both Wright’s performance and directing prowess. 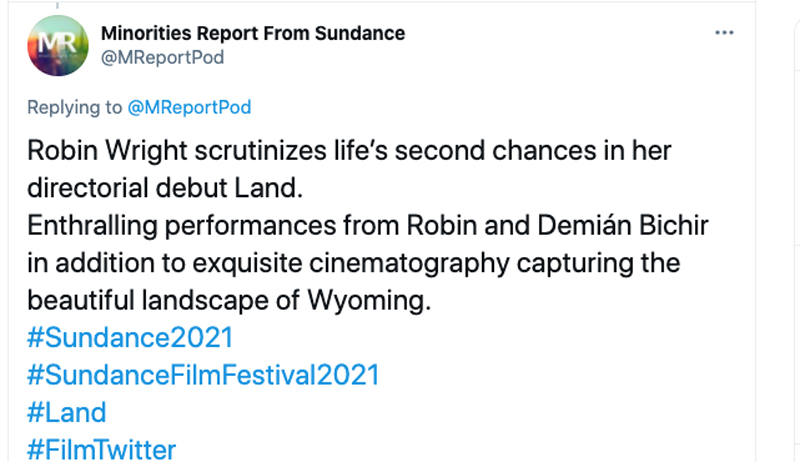 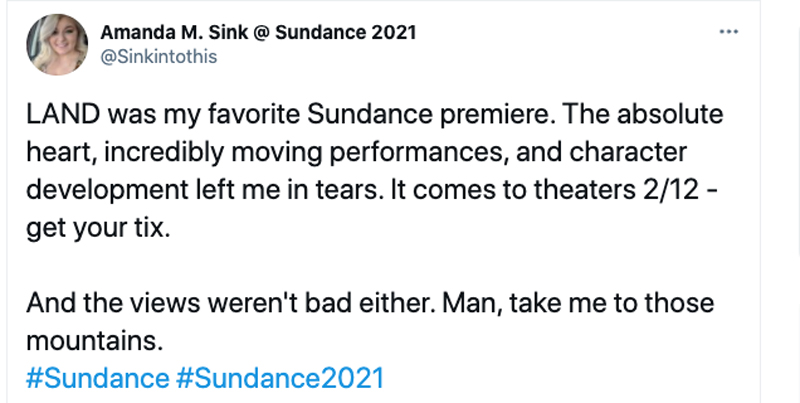 People felt like its emotional journey speaks to the world we live in now.

And people were touched by its exploration of compassion and acceptance. 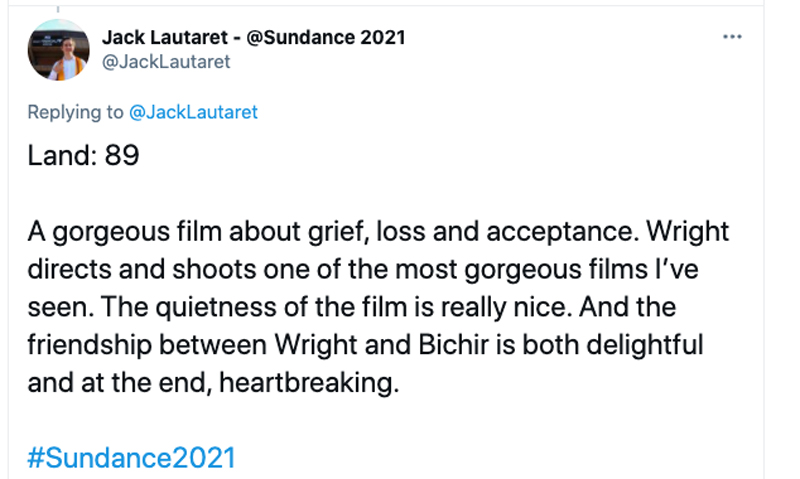