The Diverse Domain Of Mary Queen of Scots

Josie Rourke’s Mary Queen of Scots is not your parents’ period drama. In adapting John Guy’s acclaimed book Queen of Scots: The True Life of Mary Stuart, screenwriter Beau Willimon not only revitalized the reputation of the famous queen (played by Saoirse Ronan), but reframed the events of the 16th-century with a contemporary eye. “It is quite a modern story,” explains Rourke, adding, “The film is about female strength.” Rourke also gives the period piece a contemporary spin by opting for a multicultural, diverse cast. As artistic director of London’s Donmar Warehouse, Rourke strategically picked actors for classic plays that reflected the complexity of modern Britain. "I was not going to direct an all-white period drama,” explains Rourke. “It’s not a thing that I do in theater and I don’t want to do it in film.”

As a result, Mary Queen of Scots merges the history of what was with the look of the world we live in now. For The Wrap, this diversity “shows a heightened sense of awareness and creates a more realistic world.” To showcase this cutting-edge casting, we look at three of the main characters and the capable actors who play them.

As a close companion to Queen Elizabeth I (Margot Robbie), Bess of Hardwick (played by Gemma Chan) had a history as fascinating as her royal confidante. Born to minor gentry, Bess rose up through her four marriages and savvy business practices to become one of the wealthiest and most influential women of Elizabeth’s court. To play her, Rourke looked to Chan, an acclaimed actress who originally gained fame as the lead in the TV show Humans.  The daughter of Hong Kong parents, the very talented Chan was, however, dissuaded from many roles starting out. “Be prepared that you are going to really struggle; most of the output from the UK is period drama and you won't get a look-in,” was the instruction Chan was given leaving drama school. For years, Chan acknowledges, “I didn't even get a chance to audition.” This year, Chan has broken out both as a Chinese-British actress and in a historical drama. As Astrid in Crazy Rich Asians, she has gotten international attention, and in Mary Queen of Scots, she is literally changing the face of history. 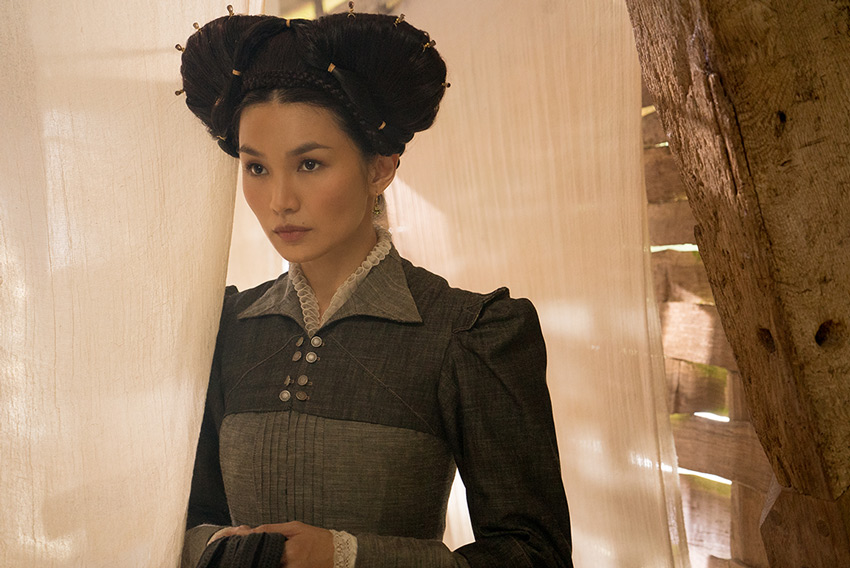 Gemma Chan as Bess of Hardwick in Mary Queen of Scots

Adrian Lester plays Elizabeth’s Scottish ambassador Lord Thomas Randolph, a delicate assignment in which he must gain Mary’s trust to persuade her to follow Elizabeth’s directives. Born of Jamaican parents, Lester became one of Britain’s most acclaimed classical actors. After attending the Royal Academy of Dramatic Art in London, Lester was celebrated for his stunning Shakespearean performances. The New York Times singled out his 2001 Hamlet for its “wit, charm, and elegance.” The Guardian wrote of his 2003 performance of Henry V that “rarely has an actor conveyed as strongly…the damage both inflicted and suffered by this king.” While Lester has appeared in films like Primary Colors and The Day After Tomorrow, it was his Shakespearean experience that Rourke believed would give dramatic weight to the role of Randolph. “It’s ridiculous that part of his heritage as an English classical actor doesn’t get translated to screen,” Rourke explains. 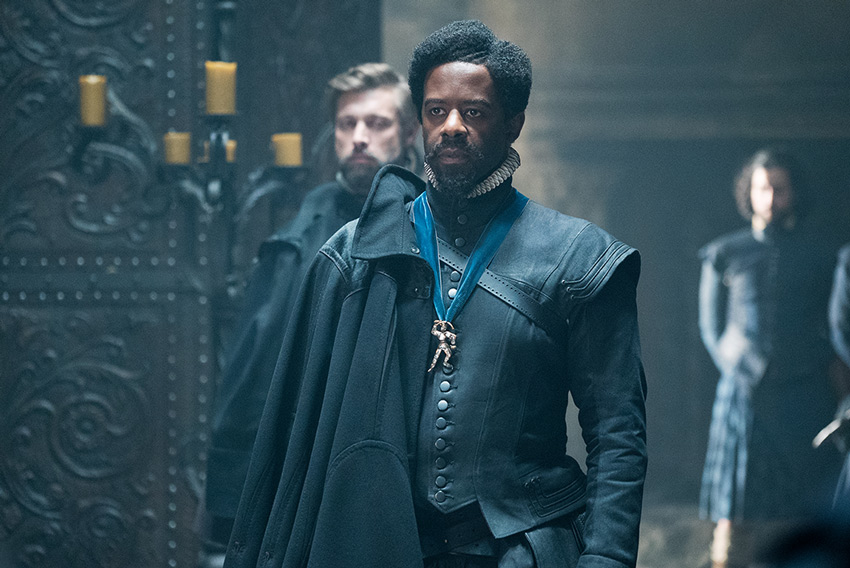 David Rizzio was by all accounts a charming, charismatic figure. Mary took an immediate shine to the young musician, promoting him to be her confidential secretary. Even Mary’s husband Henry Darnley (Jack Lowden) found the handsome Italian irresistible. To bring this fascinating figure to life, Rourke cast Ismael Cruz Cordova. Born and raised in Puerto Rico, Cordova moved to New York City as a young man to study experimental theater at NYU before being cast in recurring roles in such television shows as The Good Wife, Ray Donovan, and Sesame Street, as well as being picked by Ang Lee for Billy Lynn's Long Halftime Walk. As Rizzio, Cordova presents a more fluid sense of sexuality than is usually ascribed to such historical figures. One of the things that makes Mary Queen of Scots “cutting edge is the inclusion of several homoerotic threads, most notably the portrayal of Mary’s inner-circle adviser Rizzio (Ismael Cruz Cordova) as an openly gay man,” notes Variety. 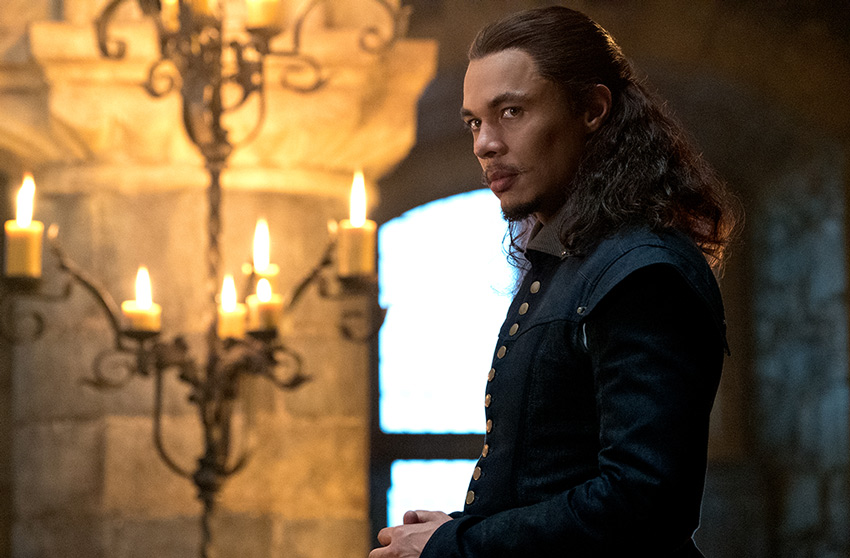