In the latest episode of 60 Second Film School, Jon Stewart, the writer/director of Irresistible, tells us about “Getting the Best Performance from Your Actors.” After a viral video convinces top political consultant Gary Zimmer (Steve Carell) that the future of the Democratic Party—if not the country itself—lay in the hands of people like retired Marine colonel Jack Hastings (Chris Cooper), he travels to the small town of Deerlaken, Wisconsin, to convince the ex-military man-turned-farmer to run for mayor. When his arch enemy Faith Brewster (Rose Byrne) arrives to get the Republican mayor re-elected, this small-town showdown hilariously escalates into a national battleground.

In making a comedy of election shenanigans, Stewart returns to familiar territory. As the creative force behind The Daily Show for sixteen years, Stewart changed the face of American comedy by bringing a bracing humanity and honesty to his satire of the news media. Not only did the show win 20 Emmys® for its comedy and writing, but it was presented with three Peabody Awards for “distinguished achievement and meritorious public service” in journalism. In his episode of 60 Second Film School, Stewart highlights how he translates the comic skills he honed on TV to the broader canvas of feature film—without losing any of his edge.

See Irresistible now playing in theaters and on demand. 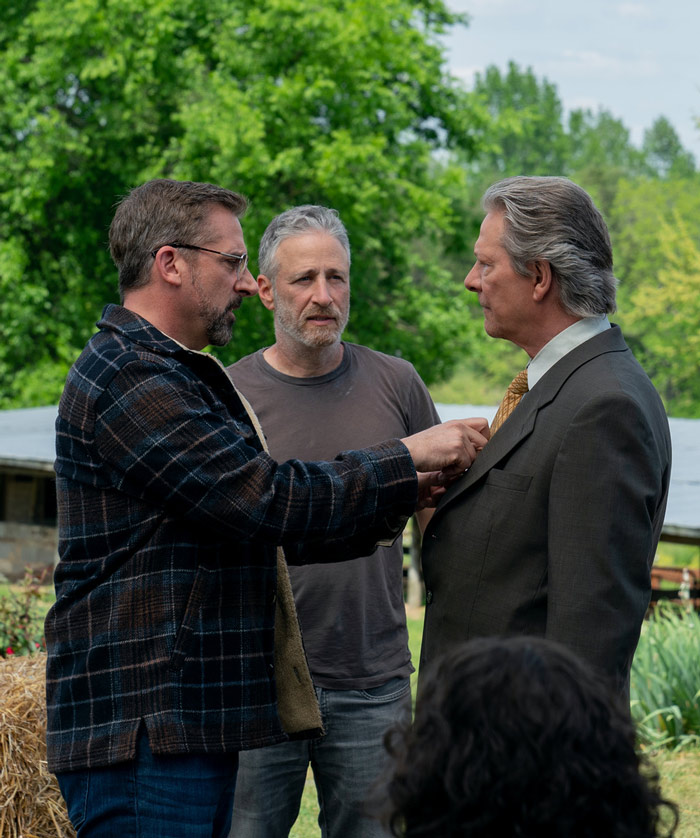 Steve Carell and Chris Cooper on the set of Irresistible with Jon Stewart.

On this episode of 60 Second Film School, Stewart has a simple formula for getting great performances in Irrisistible. “I basically just had to get out of the way,” he explains. “We would just orientate them in the scene and let them go at it.” On The Daily Show, Stewart not only gave young talent a platform to shine, but helped launched the careers of future stars like Carell, Stephen Colbert, John Oliver, Larry Wilmore, Samantha Bee, Ed Helms, and Jessica Williams. In 2015, Entertainment Weekly suggested that Stewart’s greatest legacy might be turning his show “into comedy's best talent farm.” As a filmmaker, Stewart directs in the same way. “Jon is about as good leader as you want,” explains Cooper. “I think we all got on terrifically.” Indeed, Byrne adds that, unlike some filmmakers, “Jon really likes actors.” For Carell, who had previously worked on The Daily Show, "Jon makes everybody feel welcome and like an equal partner.” 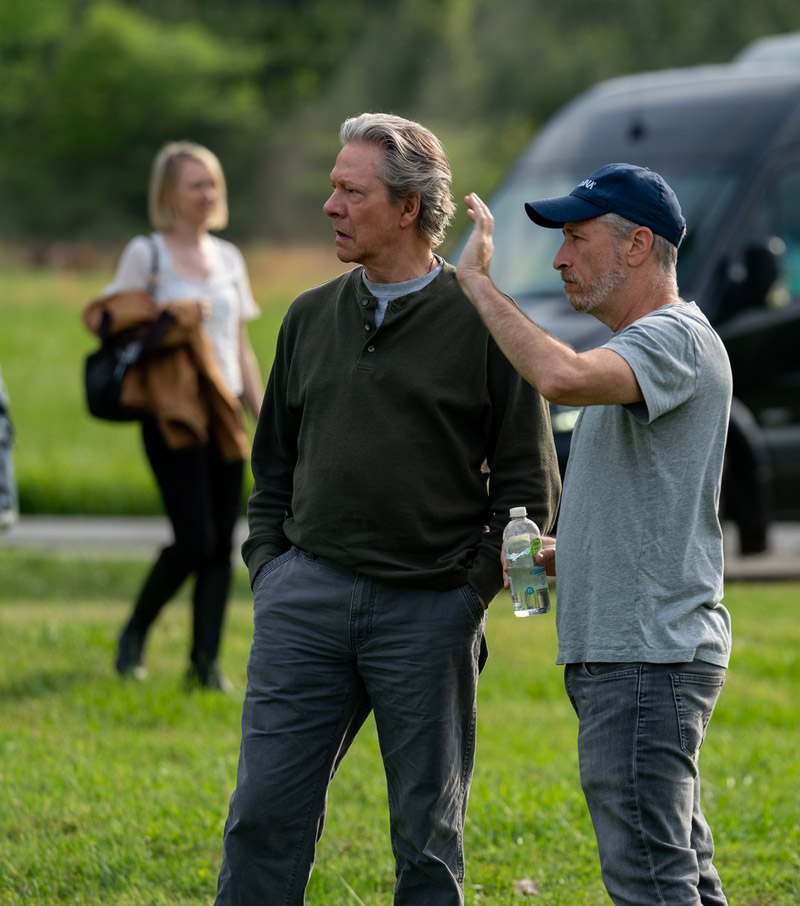 Chris Cooper and Jon Stewart on set in Irresistible.

2) Translate your ideas into stories

Having spent years turning complex news events into snappy social satire, Stewart knows how to dramatize his point. “I think that there is an advantage in having experience translating an intention into scenes, whether they be narrative scenes or more essayistic like it was on The Daily Show,” Stewart explains. On The Daily Show, Stewart's spoofs of the news were so amusing and articulate that many relied on them to know what was happening in the world. Lena Dunham remembers how “watching Jon … kept me amused, inspired and most importantly aware in a time when picking up the newspaper was just not gonna happen.” In writing and directing Irresistible, Stewart manages to transform today’s thorny political landscape into something that “is human and funny," Carell suggests. "Ostensibly it’s a political comedy, but it's really not so much about the politics themselves [as] about the human beings that get caught in the middle.”

For Stewart, “Each actor has their best way of doing things but interestingly enough, everyone’s mode of working clicked really well.” For seasoned comic performers like Carell and Byrne, Stewart explains, “there is going to be a more improvisational atmosphere.” Others take a more structured approach. Stewart’s insight into how to allow all sides to work together is a hallmark of his comedy as well. Unsparing in his exposing of hypocrisy of all sorts on The Daily Show, Stewart earned respect from all sides—be it former President Barack Obama or Republican Senator John McCain, who praised him as “a modern-day Will Rogers and Mark Twain.”  In Irresistible, Stewart focuses in on the bigger picture. “It's a universal kind of movie that doesn't necessarily lean right or left," explains Carell. “But it does expose the absurdity in politics.” 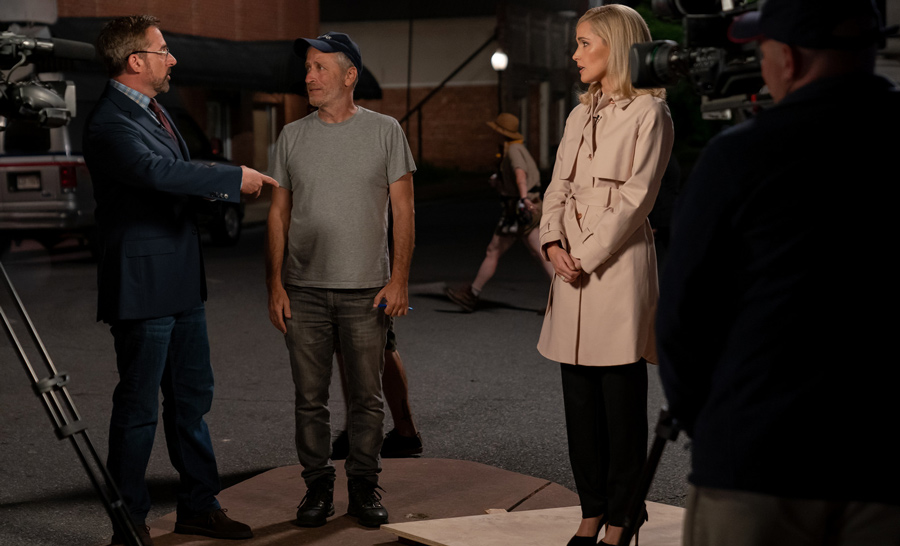