The Limits of Control Turns 10

On May 1, 2009, Jim Jarmusch released his eleventh feature film, The Limits of Control, an existential thriller set in Spain that provided film lovers the perfect European adventure. On arriving in Spain, Lone Man (Isaach de Bankolé) is sent out on an undefined mission being told simply to "Use your imagination and your skills." Traveling to Madrid, then Seville, he encounters various strangers (played by such notable talents as Tilda Swinton, Gael García Bernal, Hiam Abbass, Paz de la Huerta, and John Hurt), before finally finding his target, the “American” (played by Bill Murray), in an underground fortress. Moving through a barren landscape with a lush Flamenco-inspired score, The Limits of Control takes viewers on a journey through the imagination of one of our finest filmmakers. “His movies are all about the limits of control,” The Christian Science Monitor points out. “What happens when you lose it, or, more precisely, realize you never had it.”

With the film turning ten—and Jarmusch’s new film The Dead Don’t Die in theaters on June 14—we’re looking back at the boundless creativity of The Limits of Control.

Get The Limits of Control on iTunes and at Amazon.

The official trailer for The Limits of Control

For over twenty years, Jim Jarmusch’s soulful, irreverent, and personally crafted films, from Stranger Than Paradise to Broken Flowers, defined American independent cinema. In 2009, he decided to take his talent abroad, making his first film outside of America with The Limits of Control. “When I was writing the story Spain kept calling me,” noted Jarmusch. “I have so many Spanish heroes, from Cervantes to Goya to Buñuel and the Surrealists.” The original idea—“a very quiet, very centered criminal on some sort of mission”—had been with Jarmusch for over 15 years. Spain provided the right stage for the action to unfold, as well as the sensual inspiration for the filmmaker. “Shooting in Seville while the orange blossoms were blooming was like being on drugs,” Jarmusch recalls. 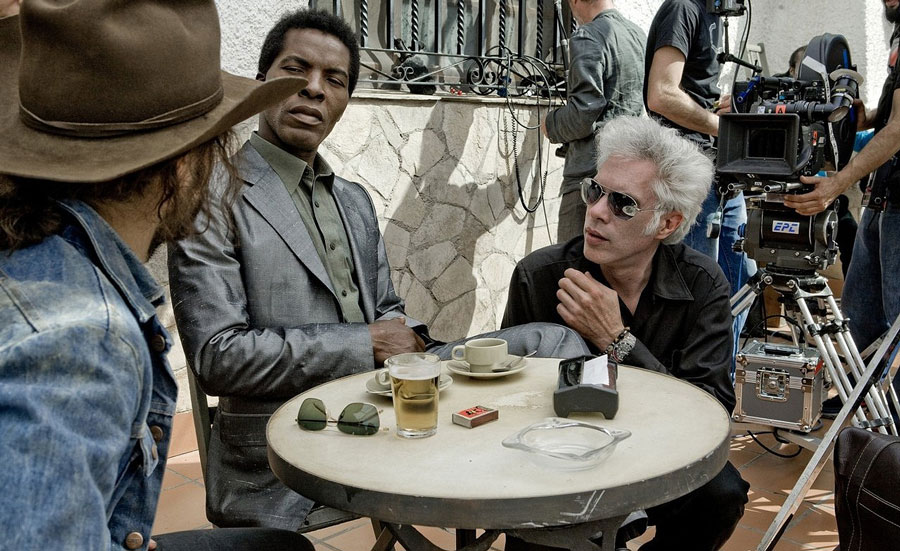 Jim Jarmusch talking with Gael García Bernal and Isaach de Bankolé on the set of The Limits of Control.

A journey to the unknown

“My characters are always on some kind of journey,” Jarmusch explained. “The journey is the story.” No film perhaps illustrates more fully this fundamental aesthetic than The Limits of Control. As Lone Man (de Bankolé) makes his way across Spain, picking up cryptic messages at various rendezvous, it becomes clear that each encounter is at once meaningful and leads nowhere. “I always wanted to make an action film with no action, or a film with suspense but no drama,” Jarmusch told The New York Times. Here, the viewer set off on a voyage with no map becomes the hero of his own experiences. For NPR, “The voyage in The Limits of Control is ultimately ours, a journey of the spectator engaged in the fathomless mystery of cinema itself.” 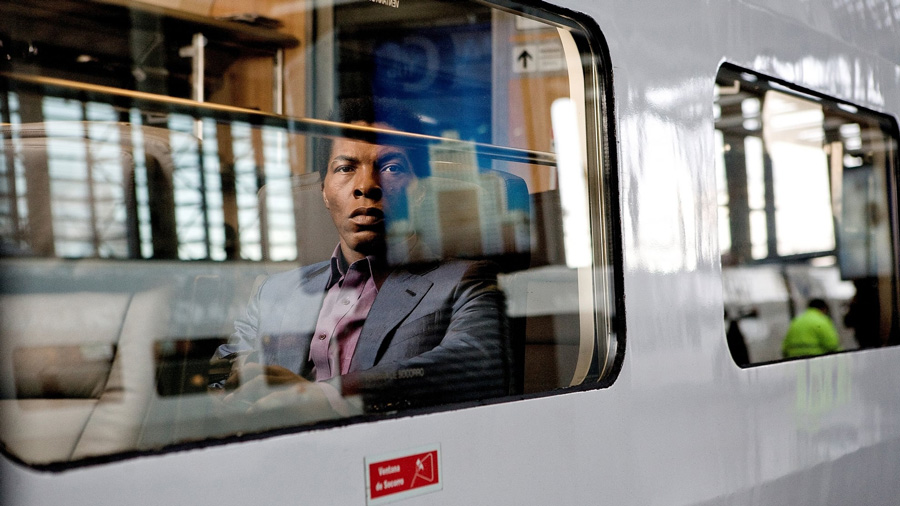 Lone Man (Isaach De Bankolé) on a train to somewhere in The Limits of Control.

In 2009, while political pundits and news analysts bandied the word “globalization” about, Jarmusch gave it a whole new meaning with his casting for The Limits of Control. The fact that so many word-class actors would jump on a plane to appear in a Jim Jarmusch film is a testament to the director’s talent. That these planes came from so many different places highlights Jarmusch’s directorial vision. Isaach De Bankolé (Lone Man) was born in Abidjan, Côte d'Ivoire before moving to Paris. Academy Award®-winning actress Tilda Swinton’s family is one Scotland’s oldest and most revered clans. Hiam Abbass (Driver) is an Israeli Arab actress. Gael García Bernal (Mexican) hails from (of course) Mexico. John Hurt (Guitar) is the great English actor. The Japanese singer and actress Youki Kudoh (Molecules) was born in Tokyo. Luis Tosar (Violin) is from Galicia, Spain and Jean-François Stévenin (Frenchman) was born in Lons Le Saunier, France. And Bill Murray (American) was born and bred in Chicago, Illinois. 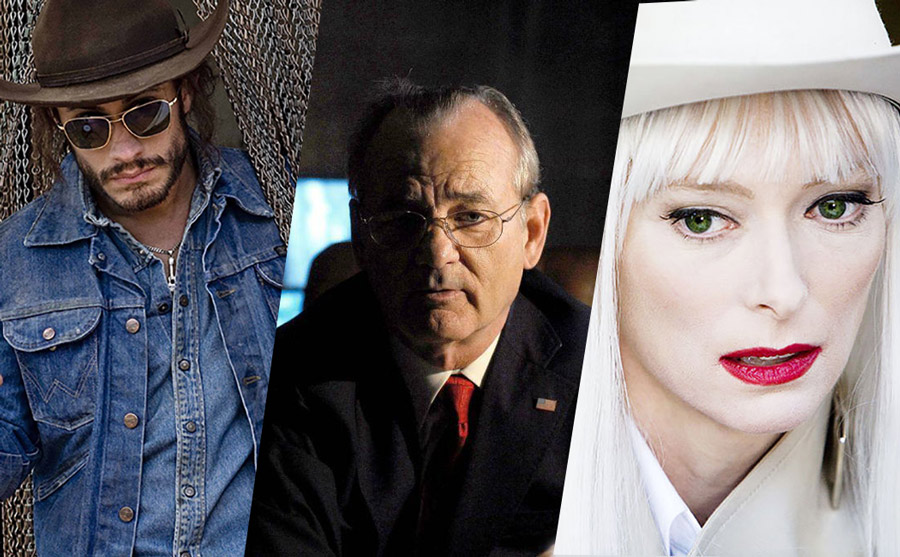 Gael García Bernal, Bill Murray, and Tilda Swinton in The Limits of Control