19 Years in the Making: The Book of Henry Screenwriter Gregg Hurwitz Shares His Tale

The best-selling crime novelist brings his genius for suspense to this emotional family drama.

Nearly 19 years ago, a young novelist named Gregg Hurwitz wrote his first screenplay The Book of Henry. Although Hurwitz is now one of our most acclaimed crime writers, with 17 novels and scores of comic books under his belt, he never let go of that story of a small-town adventure. Over the years, as he got married and raised two daughters, he constantly returned to the Carpenter family––with Susan (Naomi Watts), the hard-working mom, her brilliant son Henry (Jaeden Lieberher), and his doting younger brother Peter (Jacob Tremblay)––refining the tale to reflect lessons learned in his own life.

The screenplay’s emotional journey and rich characters also attracted director Colin Trevorrow, who made it his first project after helming Jurassic World—and before beginning Star Wars: Episode IX. “This was a story I had not seen before, and I could not let go of it,” Trevorrow explains. With The Book of Henry opening in theaters on June 16th, we talked with Hurwitz about the amazing adventure his story has taken to reach the big screen.

See the official trailer for The Book of Henry.

How did the first draft of The Book of Henry come about?

I had sold my first novel, and I wanted to write a screenplay that reflected what I most wanted to see on the screen. Over the next 19 years, the script evolved to reflect my own development and my own life. I got married and realized that adults don't act in a certain way. Then I had kids and that changed the story as well. 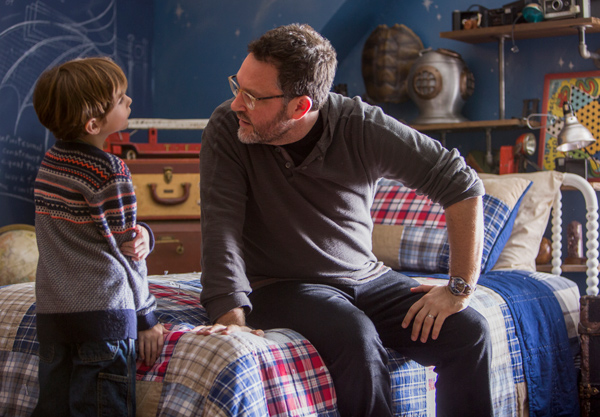 I saw Colin’s Safety Not Guaranteed and loved it. It’s so character rich but also keeps you wondering if it’s a genre movie. We met for lunch, and he totally got the script. By the end, we were all set to go out and make a movie. Then he told me, “Look, it’s never going to happen, but I had a meeting with Steven Spielberg, in which we talked about Jurassic World. But it’s never going to happen.” Two weeks later, he called to say, “Dude, I got Jurassic.”  After he finished Jurassic, he got back in touch. True to his word, Colin said, “I'm doing Star Wars next, but I have a window.” I did a rewrite based on his notes and we started casting. After 19 years, it happened overnight.

You’ve written scores of best-selling crime novels, like Orphan X and You're Next. How did they influence The Book of Henry?

The theme of making a choice to protect the people you love is a recurrent theme in all my stuff. In my books, there seem to be two lanes to this theme. In one, I do the Hitchcock everyman thriller, where you meet an ordinary person on the absolutely worst day of their life and they have to overcome impossible odds. The other type starts with a defined hero or heroine. The Book of Henry falls in the first category with Susan being a mom being raised by her 12-year-old son. The story is about her emergence into adulthood, and dealing with the threats and dangers she faces as a grown-up.

How do you begin the writing process?

For me everything starts with character. In a thriller when the characters are not working you feel like you are being punched in the face with plot. With novels, there’s usually one character whose voice I have completely down in real time. Then I have to work to find the voices of the other characters. What was so weird about the screenplay for The Book of Henry is that everyone from the start was just talking—I had all the voices.

You’ve written comic books for Batman, Punisher, Wolverine, and Penguin. How does that shape your screenplays?

With comics, you have four to seven snapshots per page. It’s like you’re equipped with a Nikon camera and have to decide when you push the button and take the pictures that tell the story. You learn to be very sparse in your storytelling. For example, to portray Batman hitting the Joker, you never show the whole thing; you either show the windup, the point of impact, or the aftermath. Comics taught me how to build drama by leaving things out. With Henry, ending a scene on the precipice of action can be more thrilling than if we carried it all the way through. 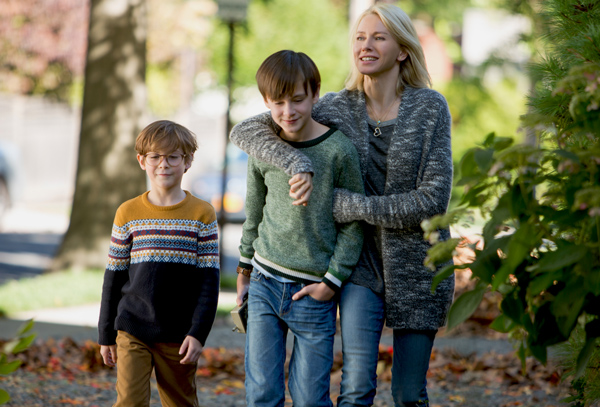 The Carpenter family––Jacob Tremblay, Jaeden Lieberher, and Naomi Watts––in The Book of Henry.

After living with the story for 19 years, is there anything in the film that surprises you?

I've never worked with a cast of this caliber before. Everyone brought such a clear, 360-degree perspective to their character. In the screenplay, Susan delivers a speech that I’ve been refining for 19 years. In the film, Naomi stops in the middle of it with an expression on her face that moves through so many emotions. She does so much visually, that I realized we don’t need a lot of dialogue there now.  When you are working with actors like this, who can embody your words in such a way to make the dialogue unnecessary, you just give them the football and let them run with it.

The Book of Henry opens in theaters nationwide on June 16. For the latest information on Focus Features movies, screenings, and events, sign up for the Focus Insider newsletter.