A Q&A with screenwriter Ray Wright

At the heart of Neil Jordan's Greta is an unforgettable character (played by Isabelle Huppert), a figure whose unnerving charm pulls everyone, including the viewer, into her world. When Frances (Chloë Grace Moretz) tries to return a handbag she finds abandoned on a subway car, she first meets Greta, a charming older French woman who teaches piano and lives alone in a small house at the back of an alley. Over time, Frances is first drawn, then pulled, into a terrifying relationship that slowly reveals the dark logic of Greta’s psyche. The character and story are the brainchild of Ray Wright, who initially penned the screenplay then worked with Neil Jordan on a draft that merged their two creative visions. Together they have plotted a story, at once fascinating and terrifying, which, like its title character, is impossible to look away from.

We spoke with Wright about where Greta comes from, what inspires him as a writer, and why he hopes audiences will have so much fun being scared.

What was the inspiration for Greta? Was there a Greta in your life?

I have an idea folder where I write down and collect anything I see or think of that feels like it has story potential. Some of the ideas are a single sentence; others are longer. Greta was a full page. For whatever reason, as soon as I had the idea—it was a visual image actually—of a girl finding a lost handbag on the subway, I had a clear sense of the rest of the story: the characters, the relationships, and the twist that the handbag is not really lost. It’s unusual for stories to arrive fully formed like that but when they do it’s a lot of fun. There is no Greta in my life (thankfully), but you always draw from personal experience when you are writing, so there are parts of her that are real. 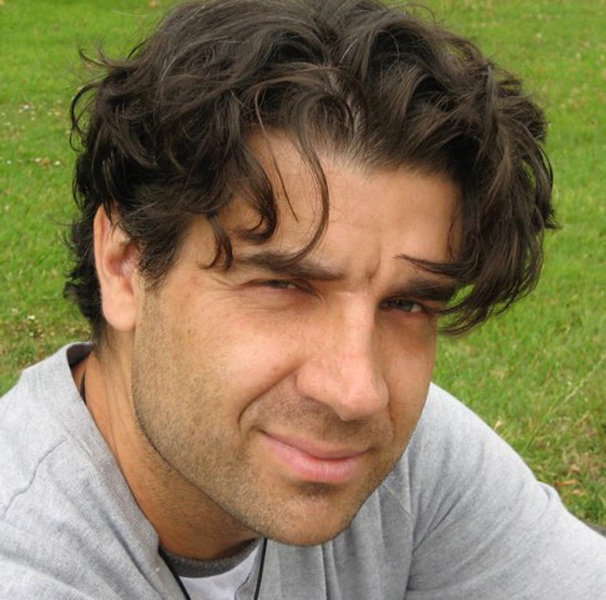 When Neil Jordan came on to direct, how did you work with him to rewrite the screenplay?

I worked with Neil Jordan on the script over a period of two or three months as part of a development process, then he did some additional revisions himself prior to production. Filmmaking is personal so good directors will always add their own touches to the screenplay. The biggest change was in some of the choreography of the ending. My spec script ended with Greta being arrested and forced to reflect on what she had become. Neil brought in a new element of capture that is satisfying because it uses Greta’s own confinement methods against her.

The film echoes lots of classic suspense thrillers. When you wrote the original screenplay were there films or books that inspired you?

I love psychological thrillers and classic horror. Jacob’s Ladder, 12 Monkeys, A Simple Plan, The Thing, Alien—these are the kinds of movies that inspire me. And anything by Cormac McCarthy whose writing is haunting and cinematic but grounded in real-life human behavior. Influences aside, an original screenplay should be original, so I avoid writing anything that resembles books or movies I’ve seen before. Like everyone, I love the classics for their sense of pacing and tone and that is what I take from them.

Many of your screenplays, like The Crazies, dive into very dark material. What kinds of stories interest you as a filmmaker?

My favorite stories are hard to fit into any one category: No Country For Old Men, Amadeus, The Verdict, Sicario, Children of Men. If they have something in common, it is flawed characters and a strong moral dilemma. Some of the first scripts I wrote were historical fiction and biography. Hollywood can be a challenging market for that kind of material, particularly as an unknown writer, so I moved toward psychological thrillers early on. I’m not drawn to gore and graphic violence. I tend to use it sparingly, but a movie like The Crazies requires those elements—it’s part of the genre. You try to face it head-on and give those moments a new twist. As a general rule, I think less is more.

The movie is masterful in the way it switches tones, from an urban drama to a sinister, psychological thriller. What was the effect you were going for?

First and foremost, I wanted Greta to be entertaining and fun. That’s why we go to the movies. From a story standpoint, my goal was exactly what you describe, to create an urban drama that veers toward suspense and psychological horror after an initial period of calm. Obsession and stalking are terrifying, especially because they involve a degree of madness that can’t be reasoned with. I wanted the audience to experience that firsthand. 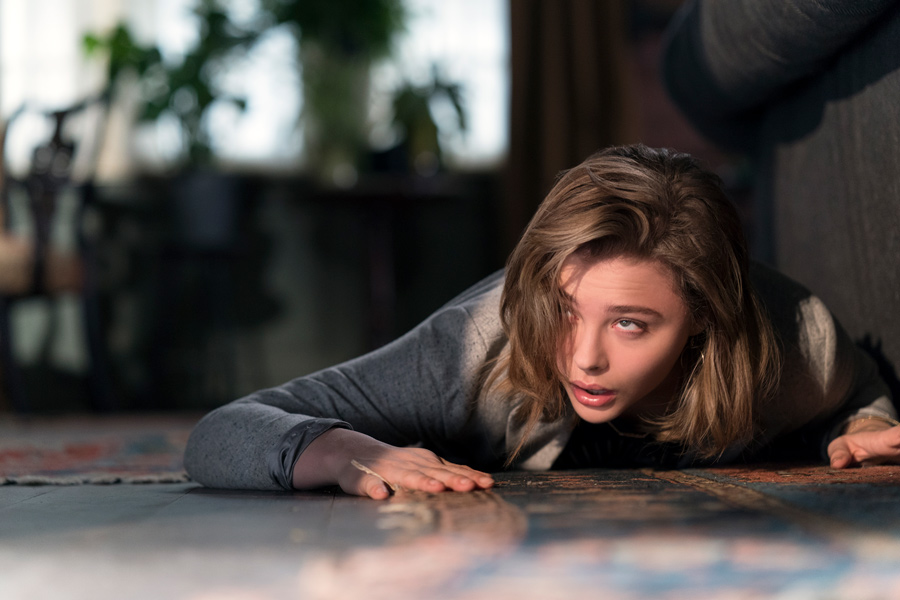 When you heard that Isabelle Huppert and Chloë Grace Moretz were cast as the lead pair, what did you think?

My thought was hooray! Chloë Grace Moretz is lovely—clever, funny, and adored by movie fans—a perfect Frances. Isabelle Huppert is a legend and just fantastically creepy as Greta. They’re great together on the screen.

Seeing the final film, how much does it resemble what you imagined when your wrote the screenplay?

The film a screenwriter sees in their head is a useful tool during the creative process. It guides the story. When it comes time to transfer the written word to the screen, you hand the story over to the director and hope their vision matches yours. The best directors are able to merge these two visions and that’s what Neil Jordan has done. The film is very true to what I wrote. I’m grateful to everyone who worked on Greta. I hope audiences enjoy watching the movie as much as I did writing it.