In 2008, filmmaker Luke Holland embarked on a lengthy, momentous journey — to track down and interview the last living generation of Germans to have participated in Adolf Hitler’s Third Reich. Over a decade and 250 interviews later, Holland ends his journey by creating Final Account, an eye-opening look at how easily young men and women became part of the Nazi machinery and, 75 years after the fact, how hard it is still for some of them to accept their culpability. “My hope for Final Account is that people will think about its historical importance,” explains Holland, who died shortly after he finished the film in 2020. But this journey to remember the past holds up a mirror to our world. For producer John Battsek, “The film’s transcendent power is that it speaks just as much to our generation.” Accompanying Holland on this project was Sam Pope, a young up-and-coming filmmaker who acted as an associate producer and additional editor.

We spoke with Pope about how he became involved, what he remembers about his mentor and friend, Luke Holland, and why this film is essential to view for contemporary audiences.

I joined in 2011, over two years into the start of the project. I had known Luke since I was a child since I had gone to primary school with his son. I had just graduated from film school when we bumped into each other. He told me, “Come look at what I'm working on. You might find it interesting.” I saw the first collection of 40 or so interviews. It was so shocking and emotional for me to see their faces, to see these people, not just alive, but willing to share their experiences and memories. It made me want to help Luke in whatever way I could. I did whatever I could to take the weight off Luke's shoulders. He bore a heavy enough burden going from town to town, from city to city, hunting down these interviews and recording them.

His footage feels so startling and new. How did he handle these interviews?

Luke knew his limitations. He was not a historian. He was not a psychiatrist. He was a filmmaker with a piercing curiosity. When he approached these interviews, which he called conversations, it was never about needling the interviewee. It was about teasing out memory, finding and pulling the loose threads of thought so that they would remember and reveal more about what happened. He encouraged them to dig deeper,  explore their impulses, and reflect on them. 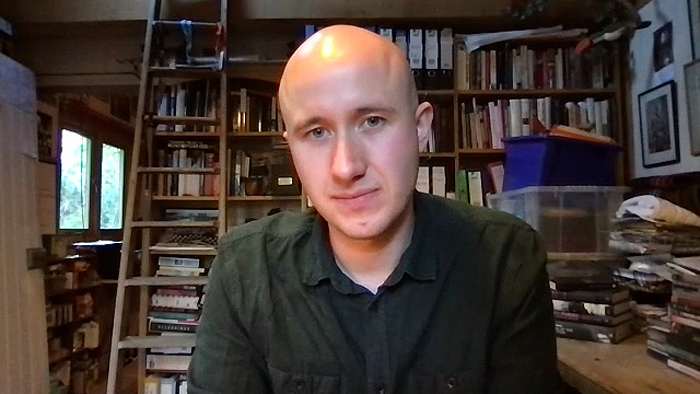 How difficult was it to find people willingly to talk?

We cast the net very wide but also within a very specific time period. Luke wanted people who were alive during the Nazi regime but also old enough so they would have been involved in the apparatus of German and Austrian life either as civilians or in the military. We wanted them to be able to reflect on their part. Not everyone was easy to convince to go on camera. Many were hesitant and a little bit skeptical. But I think Luke's curiosity won them over. There is a charming quality in being asked questions — and really listened to — about a period of their lives in which they previously had either refused or avoided reflecting on.

Was there anything specific that Holland tried to uncover?

Two myths were very much at the forefront of Luke's thinking when he spoke with people. The first was the argument that "only after the war did we learn what was going on." The other was that people didn’t want to talk about their experiences. It is true that some of these people didn't want to expose themselves by examining a part of their lives, by considering what they may or may not have been responsible for. But it was also true that later generations, their children and grandchildren, did not want to hear what their parents or grandparents might say, how they might be criminals. By introducing a camera, by being the curious one, Holland could be compelling enough to convince people to unlock their box of memory.

When did you feel that you had enough interviews for a movie?

What really put the brakes on the production was Luke's health. He was diagnosed with cancer in 2013. But he continued to interview people as he was living with cancer. In about 2015, he very nearly died. It was only by the miracle of a stem cell treatment that he returned from the brink. That was the point that we knew we needed to put the camera away and get the avid out. 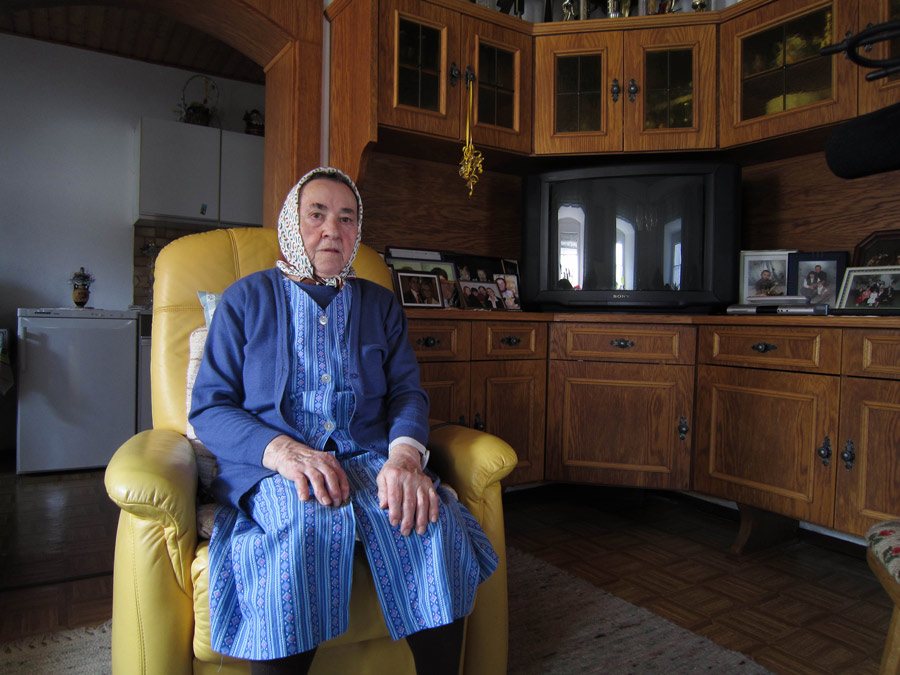 In dealing with all this footage, what was the most shocking thing for you?

What I found most disturbing was how familiar a lot of the responses and the people were. I could see myself in their position, making similar choices and mistakes, not based on some ideological commitment, but because of my inability to reflect and ask questions. I could also see their attitude reflected in the way members of my family approach challenging questions. I found that disturbing but also illuminating, especially in trying to define what a perpetrator is. One of the key components of this journey was to try to understand what made someone a perpetrator. It is not a matter of forgiving but of understanding and holding a mirror up to who we are.

How did working on the film with Luke Holland change you?

For me, Luke was many things over the years — an employer, a mentor, and finally a friend, one of my closest friends. For me, it was inspiring and humbling to go through this experience and see the drive and creativity that Luke had. I am deeply grateful that I was able to be part of this film. It's terrible that he's not here now to have his achievements recognized. In making the film, we had to conduct ourselves with the utmost secrecy to avoid having rumors spread about a man with a camera interrogating people about their past. We didn’t want people shutting their doors on us before we ever got a chance to talk to them. The responses we’ve had from historians and survivors to the film have been incredible. If I can reflect just some of Luke’s curiosity, confidence, and willingness to ask difficult questions, I will be a better man for it.

How did you shape the editing of all these interviews?

Initially, we structured the story as a chronology from 1933 to 1945, but, of course, we had some flexibility in how we wanted to explore the subjects’ emotional journey. During the 10 years we collected interviews, we had a simple editorial process. Luke would often come back after spending three weeks on the memory trail, brimming with thoughts about what he wanted to use. We marked those specific pieces, so by the time we started the actual edit, we had a pretty good idea of what we wanted to use, which characters we wanted to explore, and which areas of history we wanted to look at. We knew where we wanted to end. The final part was always going to be about reflecting on the past. What did they think of their actions? How do they define perpetrators? And, having remembered all this, how do they see themselves now?

Did the recent rise in far-right political movements in Europe impact the film?

We were very aware of the contemporary relevance of the material we were collecting. What was most disturbing is how our journey with the film seemed to become more and more relevant with each passing year. This rise of far-right extremism, anti-Semitism, neo-Nazi and fascist groups — and not just in Europe, but as a global event — honestly just spurred everyone on. It made us want to interview as many of these people as we could before they passed away. Hopefully, this film, if it serves its purpose, will encourage people to ask questions of themselves. If you see these things happen — in your community, your government, or within your institutions — you will examine and question it, and you won’t just let it pass you by, because before you know it, it's too late to act or do anything.