Opening Up The World of Fifties Fashion in Mrs. Harris Goes to Paris

In Anthony Fabian’s Mrs. Harris Goes To Paris, the title character (Lesley Manville), a London charwoman in the 1950s, travels across countries and class divisions to attain a cherished Dior gown. Cleaning the homes of the rich—like Lady Dant (Anna Chancellor)—and almost famous—like Pamela Penrose (Rose Williams)—Mrs. Harris gets her first glimpse into the power of high fashion. Bewitched by a Dior gown, she swears to get one for herself. In Paris, Mrs. Harris steps into the world of haute couture when she deals directly with the House of Dior, befriending a model (Alba Baptista) and the firm’s accountant (Lucas Bravo) in the process.

To bring these different worlds together, Fabian worked with legendary production designer Luciana Arrighi, whose work on the film, according to The Hollywood Reporter, “blends seamlessly with subtle CG work to re-create a Paris that evokes the city’s magnificent cinematic past.” Recreating the Paris’ fashion world was both personal and professional for Arrighi. In addition to having worked as a production designer since the 1960s—and winning an Academy Award® for her work on Howards End—Arrighi worked in high fashion, serving as a living mannequin for Yves St. Laurent.

We spoke with Arrighi about creating the magical world of fifties fashion in the age of COVID for Mrs. Harris Goes to Paris.

Get tickets to Mrs. Harris Goes to Paris now!

The official trailer for Mrs. Harris Goes To Paris 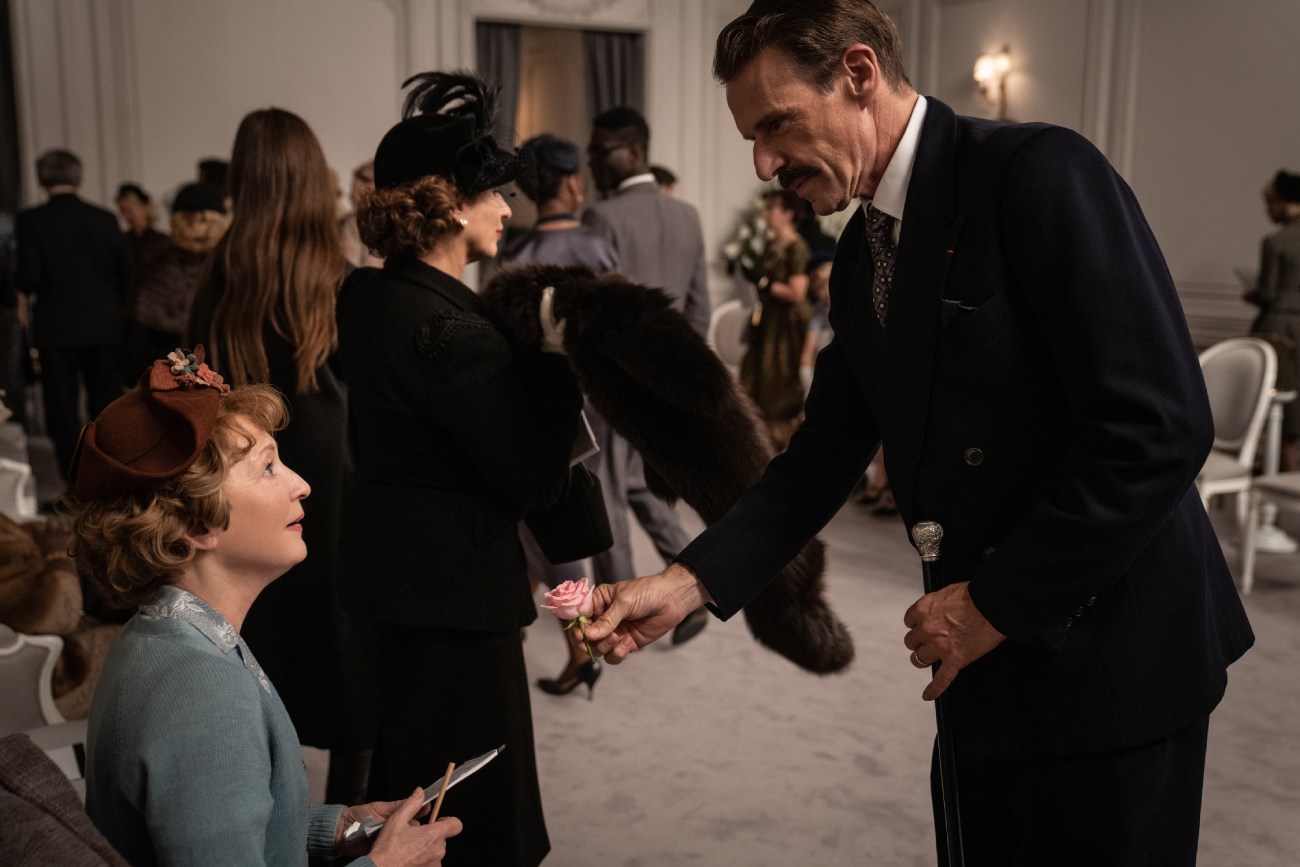 How did you end up doing the production design on Mrs. Harris Goes to Paris?

I did not “end up doing the production."  I had already been working on the project for some years with Tony.

Having worked with Yves St. Laurent in the 1960s, did you feel connected to the film’s story about a high fashion house?

I felt “connected” as I had actually been in the world of Dior and as a mannequin for Yves in the 1960s. I knew that world and family. I felt I could connect the audience with Mrs. Harris and that world.

In designing 1950s London and Paris, you seem to make each city a character all its own. What locations were important to you?

Although we showed great backgrounds of both cities, I think the scene in the flower market with the great Norte Dame behind Mrs. Harris says Paris to me. In the same way, the Houses of Parliament says London.

How did you work with Dior to get the details of the House of Dior just right?

I gathered all information—sketches, photos, etc.—to get the specific details. The Dior crew were amazingly helpful by sending pictures and even props.

What was the most difficult thing in recreating the 1950s House of Dior?

The most difficult thing was recreating the great salon in the House of Dior. Again, the Dior crew were very helpful by sending us plans and other materials. The real difficulty was our battle against the rules necessitated by COVID. 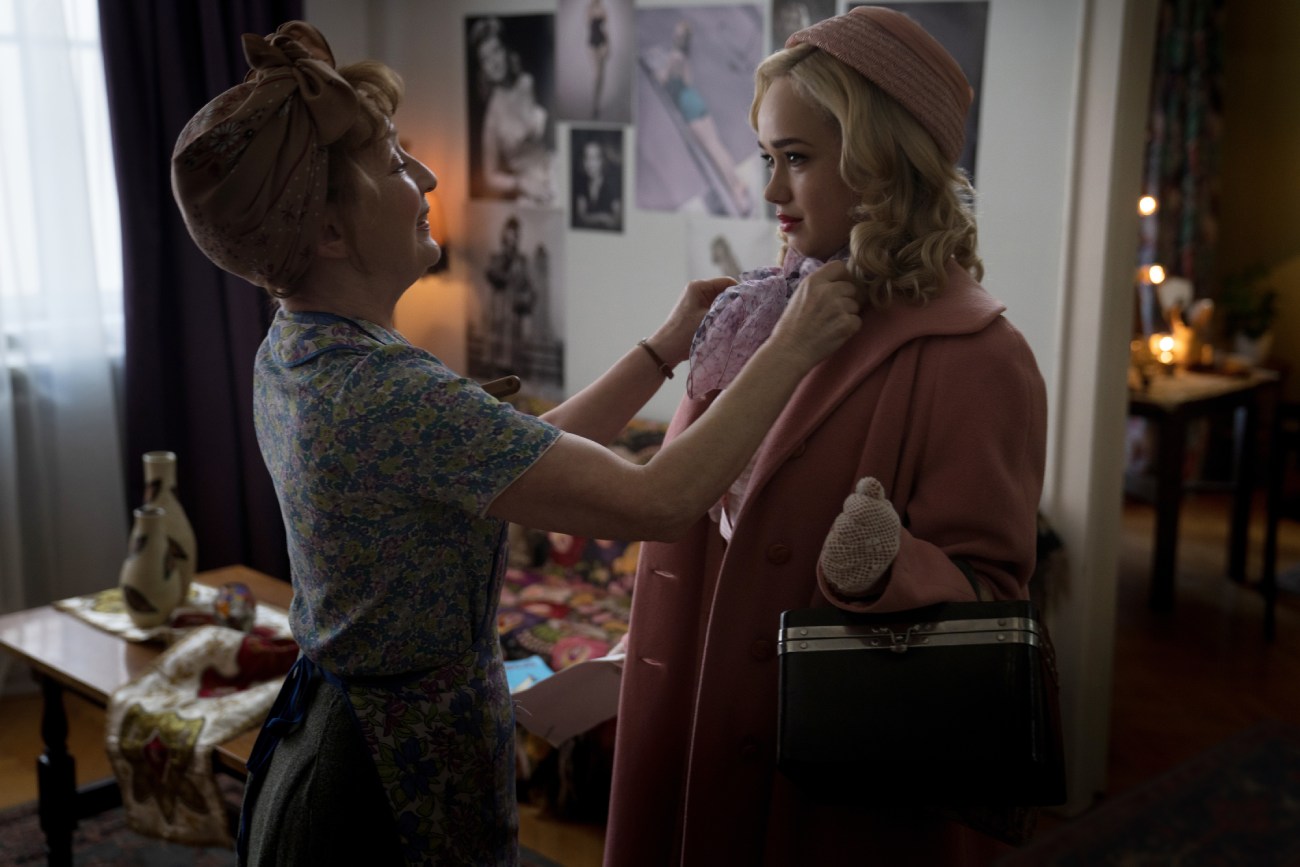 In London, each home that Mrs. Harris clean highlights the upper class. How did the production design define individual characters like Pamela Penrose (Rose Williams)?

In all the sets, we used props to help express the originality of various characters. Pamela Penrose had bright belongings and hangings—as if she had broken out.

What about Lady Dant (Anna Chancellor)?

Lady Dant had good taste expressed by her period furniture. 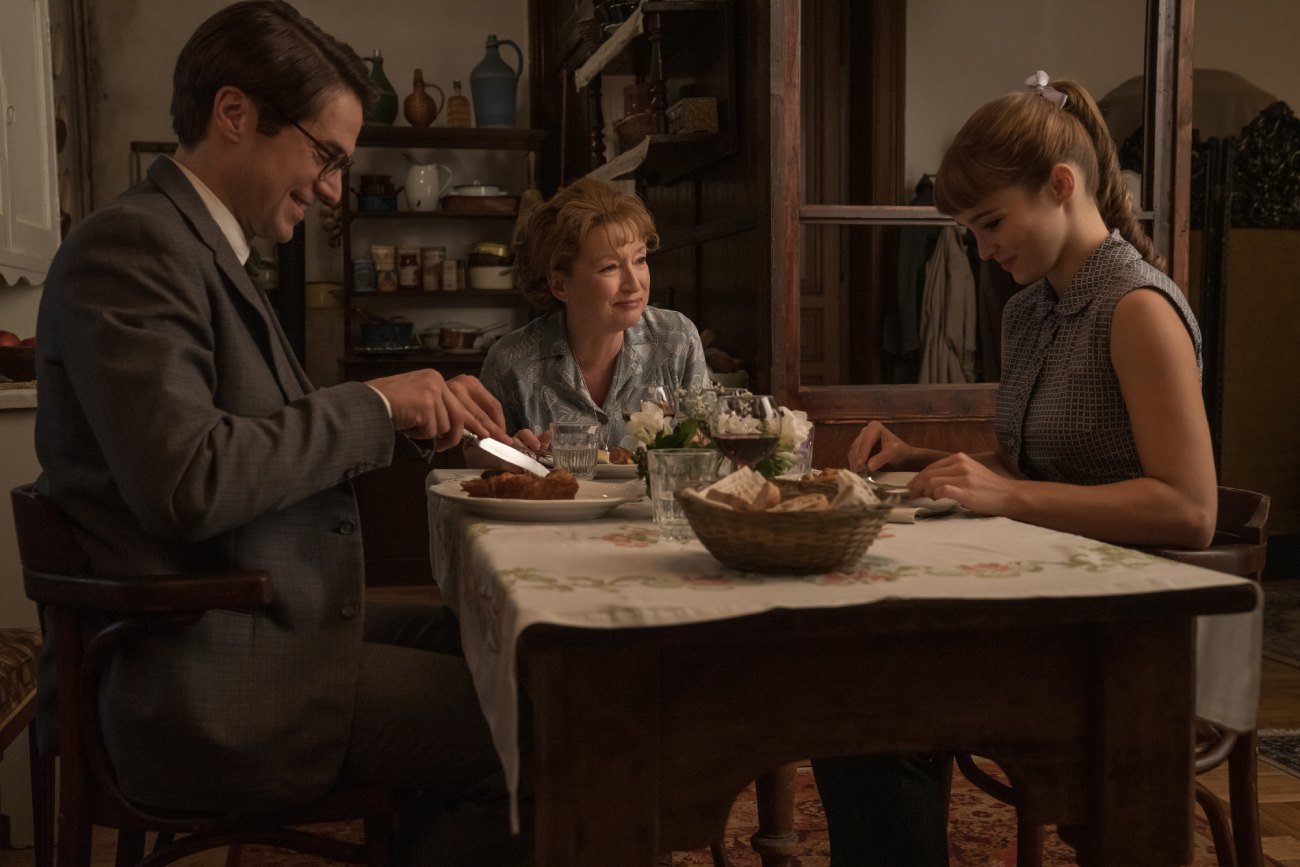 Can you talk about the design of the French apartment of André Fauvel (Lucas Bravo) as a counter to the London flats?

The French apartment is very somber and filled with André’s books and possessions.

What was the biggest creative challenge for you in creating the production design for the film?

There was no real creative challenge other than dealing with the bridle placed on us by COVID. We ended up coming up with strange tricks, like not finishing parts of the sets I knew would never be seen, in order to deal with those restrictions.

When you look back, what designs do you feel most proud of?

The huge fashion theater catwalk, which was miraculously built.

I hope audiences will have a few good hours with the wonderful Lesley Manville—then return home to talk about it.