In Nathalie Biancheri's Wolf, Jacob (George MacKay) believes himself to be a wolf. Placed in an institute supposedly treating people with species dysphoria, Jacob learns that he is not alone in feeling that his body doesn’t match his identity. One boy (Fionn O'Shea) thinks of himself as a German Shepherd, and a girl (Lola Petticrew) imagines she is a parrot. A young woman (Lily-Rose Depp) who connects to being a wildcat finds a powerful bond with Jacob.

To help these actors find that spirit inside themselves, Biancheri reached out to the acclaimed movement coordinator Terry Notary. Having started as a world-class gymnast before becoming a performer in Cirque du Soleil, Notary had a keen sense of how the body connects to emotions and identity. He rose to international fame for his startling performance of a man acting like an ape in Ruben Östlund’s The Square. From being a stunt coordinator in films like The Animal and Primal to a movement coach in The Incredible Hulk and Rise of the Planet of the Apes to a motion-capture actor in The Hobbit and The Call of the Wild, Notary has been a leading force in understanding human and animal motion. In bringing his knowledge to the actors in Nathalie Biancheri’s Wolf, Notary helped the lead actors accomplish the “full-bodied performances” and “full commitment” that IndieWire applauds in their review.

With the trailer for Wolf out now, we talk to Notary about why he wanted to work on this film, how he worked with MacKay to get into character, and why this is a must-see film this fall.

The official trailer for Wolf

What made you want to work on Wolf?

I had a Zoom call with Nathalie and thought her idea for the film was really cool. When I read the script, I was blown away. It was beautifully written and incorporated all those places that I like to explore with actors. The overall concept of species dysphoria was such an interesting premise. I loved the character of Jacob, of having a wolf trapped inside the body of a boy. I thought to myself it would be really fun to work with George on this.

What did Nathalie Biancheri ask you to do for the film?

She wanted me to work with George to figure out and find his character. Depending on how you played this, the character could either be ridiculous or beautiful. If George was just pretending to be a wolf, that would be a story I wasn’t interested in working on. We wanted to work so that the kid’s real performance wasn’t being a wolf, but human. On the outside, he was trying to appease his parents, go to school, be normal. But inside, the kid really has the essence of a wolf.

If someone asked you what Wolf is about, what would you say?

There's a boy who has a wolf in him. It's the truth about him. There is a deep connection to something higher than himself and it feels right to him. In this state of being present and truthful to himself, he takes on the attributes of what it feels like to be a wolf. 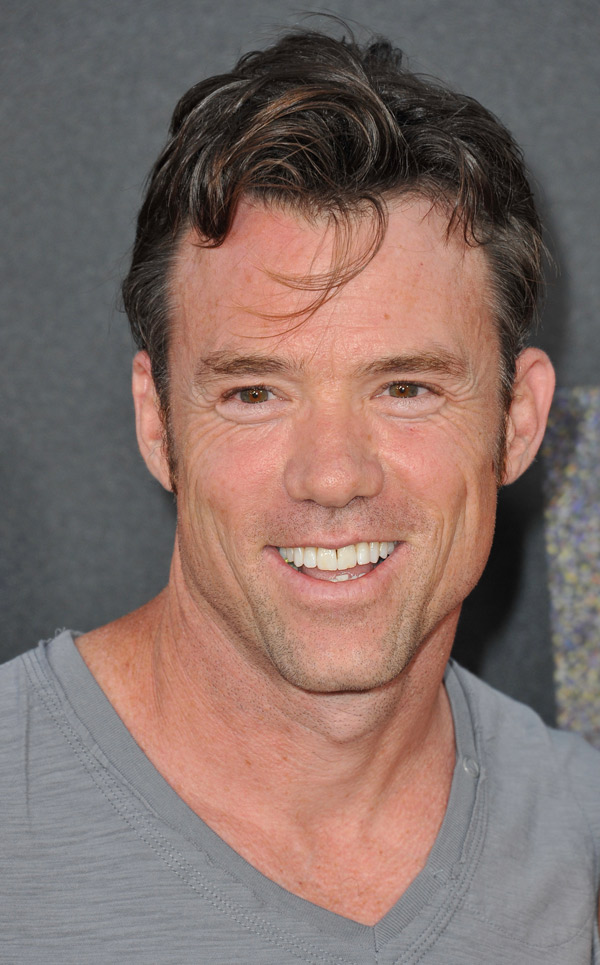 How did you work with George MacKay to find that wolf-like essence?

When I work with actors, it is about them discovering their inner blueprint. This blueprint solidifies their personality: how they think about who they are; how they see themselves in comparison to everything else. To see this in yourself, you have to get really real and grounded, like an animal. My experience in working with animals like apes and dogs as well as working with actors has shown me that to get into a character, one has to undo the idea of who they think they are. One needs to dissect the habits and tendencies shaped by social conditioning to see what is underneath them. With that awareness, you start to witness things inside you from an outside perspective.

How did George and you work?

Everyone is completely different when you start working with them. I start with chair work. An actor will sit in a chair and breathe, so I can start to see what is going on inside. I can start to see the noise in their mind when they are trying to be a good student and do it all right. The first challenge we confront is to stop them from thinking they have to do things correctly.

How did that connect with their animal spirit?

When you see an animal, you see his beautiful vulnerability. They are not afraid to show you their emotions, to be scared and to have feelings. I want to get the filter of social conditioning away so that people can see these little moments that reveal who they are.

Did you work with the other actors in a similar way?

Yes. I worked with Lily on her Wildcat character and Fionn O’Shea on being a German Shepherd, which was more of a comedic performance in which we see him grappling with his issues.

What did you find with Lily-Rose Depp’s Wildcat character?

For Lily, it was about undoing her performance and learning to trust that when you are completely absorbed and disappear from yourself, then you become beautiful. For her, the wildcat served as her protection. As long as this cat was in her being, she believed that she was going to be loved and taken care of.

With the animal movement, did you try to connect it to real animals?

I’ve studied wolves, learned about their pack mentality and seen how they behave as a group. But our work was not about being true to a wolf’s real behavior. Nevertheless, George and I did explore animal physicality. I would have George just quadruped around the room and feel the physicality of that for 25 minutes. When I witnessed him feeling something, I would encourage him to allow it to be. The movement allowed the truth of his character to come out. We would work on technique — the drawing up of the shoulders, the receding to the ground, the letting the arms fall — but that wasn't the heart of it. It was more about discovery. As you play, you discover stuff. You start finding gem-like moments and keeping them. Pretty soon, the character starts to feel like something. Pretty soon you have this little boy looking out into the world in which nothing looks familiar, nothing matches how he feels inside.

George MacKay as Jacob in Wolf.

How long did you work with everyone to find their character?

I had four weeks with George and 3 weeks with Lily and a week with the other characters. The work was much more intense and focused with George because his character was the anchor for everyone else. And each character had a different relation to their animal persona. George’s character was the essence of a wolf. For him, it was a spiritual thing. The ridiculousness of some of the other characters fit the story and how different everyone was. It was helpful to see degrees of species dysphoria between the different characters.

What surprised you most about the story and how it was told?

I knew that it could either be ridiculous and laughable or beautiful. What really intrigued me was how to make it beautiful. What interested me was helping George find that true thing in him that would make the audience say, "Something real and beautiful is happening here."

Why should people see this film?

It’s a beautiful study on human nature and the intricacies and dynamics of what it means to be human. How complex we all are. I hope it makes people pause and say, "That could be me; That is me."